Charlotte Figg Takes Over Paradise: A Novel of Bright’s Pond

By Joyce Magnin / Genre: Christian Fiction / Rating: 4.4 out of 5 stars 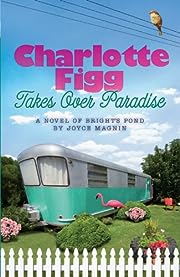 Newly widowed Charlotte Figg purchases a double-wide trailer sight unseen and moves to the Paradise Trailer Park with her dog Lucky. Unfortunately, neither the trailer nor Paradise are what Charlotte expected. Her trailer is a ramshackle old place in need of major repair, and the people of Paradise are harboring more secrets than Bayer has aspirin. Charlotte’s new friend Rose Tattoo learns that Charlotte played softball and convinces her to rally the women of Paradise into a team. Reluctant at first, Charlotte warms to the notion and is soon coaching the Paradise Angels. Meanwhile, Charlotte discovers that the manager of Paradise, Fergus Wrinkel, abuses his wife Suzy. Charlotte sets out to find a way to save Suzy from Fergus and in the process comes to a difficult realization about her own painful marriage.

The Dog That Talked to God 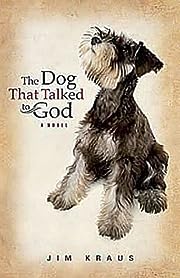 A wonderfully quirky, heart-breaking, heart-warming and thought-provoking story of a woman’s dog who not only talks to her, he talks to God.

Recently widowed Mary Fassler has no choice except to believe Rufus, the miniature schnauzer, who claims to speak to the Divine.

The question is: Will Mary follow the dog’s advice, and leave everything she knows and loves? Is this at the urging of God? Or is it something else? Will Mary risk it all or ignore the urgings of her own heart? 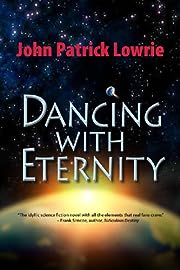 What would happen if Odysseus met Captain Ahab in the Fortieth Century? Only Captain Ahab is a beautiful woman named Steel who owns her own starship and Odysseus is an unemployed actor named Mohandas who’s stuck on the backside of a backwater moon because he won’t pay his taxes. Oh, and everybody—well, almost everybody—lives forever, did I mention that? And there’s a telepathic Internet that allows the entire population of the galaxy to communicate at will and even experience the world from another person’s perspective. Dancing with Eternity is a sprawling galactic odyssey that takes Steel, Mo and the crew of the starship Lightdancer on an incredible voyage of adventure, self-discovery, and revelation. … And they get to go to a lot of really cool planets, too. 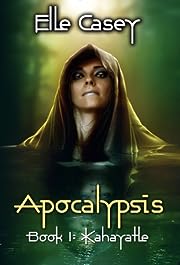 My name’s Bryn Mathis. I’m seventeen years old, and I live in a neighborhood outside of Orlando, Florida. I live alone because my dad died almost a year ago, along with all the other adults in the world. I’m almost out of food and the gangs of kids that roam around my town are getting more vicious by the day.

Alone, it might have been possible; but now I’ve got company. I’m worried that I don’t have what it takes to get from here to my final destination.

And I have no idea what might be waiting for me when I get there.

The Fall of Billy Hitchings 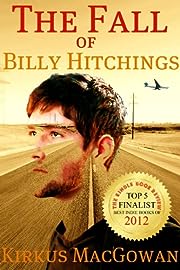 John Reeves, an ex-Marine, drives to Myrtle Beach hoping to repair a damaged relationship with his fiancée. Instead, he finds her unconscious in the hospital, the victim of an unexplained explosion at a local restaurant.

Reeves meets Billy Hitchings, a teenager who knows more about the explosion than he should. Their questions lead to an ancient legacy best left alone.

Pulled into yet another crossfire, John Reeves fights to protect his friends and keep a primeval power from falling into the wrong hands. 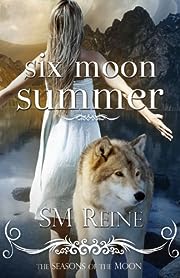 Rylie Gresham hates everything about summer camp: the food, the fresh air, the dumb activities, and the other girls in her cabin. But the worst part is probably being bitten by a werewolf. Being a teenager is hard enough, but now she’s craving raw flesh and struggles with uncontrollable anger. If she doesn’t figure out a way to stop the transformation, then at the end of summer, her life is worse than over. She’ll be a monster.

Masks of the Lost Kings 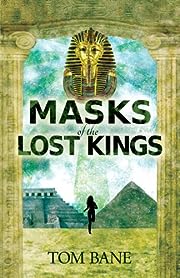 Following the sudden disappearance of treasure hunter Ben Sanders in Mexico, beautiful archaeologist Suzy da Silva is snatched from the cloistered environs of Oxford University and thrust into a deadly maelstrom of intrigue and discovery.
Joining forces with astrophysicist Tom Brooking she crosses four continents, to unlock the dark secrets of Tutankhamun’s tomb, the Holy Sepulchre and the mysterious Mayan Temple of Inscriptions to reveal a mysterious truth.
Together they risk their lives, pursued by martial assassins and renegade special forces, fighting the forces of evil to discover hidden knowledge so precious that it has lain dormant for over a thousand years…

She Belongs To Me 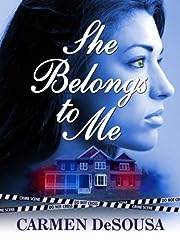 After secrets and a mysterious background leave a wife’s life hanging by a thread, a husband must look for answers in the only place he knows–the past.

When wealthy construction company owner and Charlotte detective, Jordan Monroe, meets Jaynee for the first time he is awestruck and determines to make her his wife. Jaynee, however, has a history she cannot easily overcome and is fearful to submit to love. Jordan succeeds in making her his wife, but five years into their marriage, he realizes she is keeping secrets. Before he can decipher her duplicity, he discovers her unconscious in their home from a gunshot wound only hours after giving her an ultimatum concerning their relationship.

By Kim Wright / Genre: Historical Fiction / Rating: 4.7 out of 5 stars 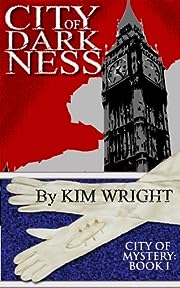 City of Darkness takes place in 1888 London, where Jack the Ripper roams the streets with impunity and Scotland Yard seems helpless to stop him.

The science of forensics is in its infancy but a few detectives – Trevor Welles among them – recognize that they are dealing with a different sort of killer, a “modern criminal” who chooses his victims at random. If Jack is to be caught, he won’t be caught with Scotland Yard’s normal methods of deduction for there is no logic to this madness. The question is no longer “Why was the victim killed?” but rather “How was the victim killed?” For the first time in the history of detection, science is trumping deductive reasoning.

Talking to the Dead: A Novel

By Bonnie Grove / Genre: Contemporary Fiction / Rating: 4.7 out of 5 stars 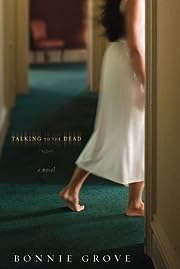 Twentysomething Kate Davis can’t seem to get this grieving-widow thing right. She’s supposed to put on a brave face and get on with her life, right? Instead she’s camped out on her living room floor, unwashed, unkempt, and unable to sleep—because her husband, Kevin, keeps talking to her.

Is she losing her mind?

Kate’s attempts to find the source of the voice she hears are both humorous and humiliating, as she turns first to an “eclectically spiritual” counselor, then a shrink with a bad toupee, a mean-spirited exorcist, and finally group therapy. There she meets Jack, the warmhearted, unconventional pastor of a ramshackle church, and at last the voice subsides. But when she stumbles upon a secret Kevin was keeping, Kate’s fragile hold on the present threatens to implode under the weight of the past . . . and Kevin begins to shout.

Will the voice ever stop? Kate must confront her grief to find the grace to go on, in this tender, quirky story about second chances.