No Escape From War (Trouble For Hire Book 1) 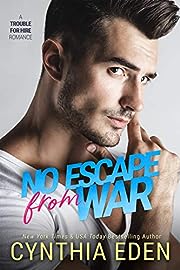 Revenge. Oh, it was going to be sweet.

Warren “War” Channing finally has the chance to nail his beautiful, lying ex. And, no, he doesn’t mean “nail” in the down and dirty sexual way…War means he has the opportunity to send the lovely and infuriating Rose Shadow to jail. Turned out, the woman who had shattered his heart beneath her high heeled shoes was wanted for murder. She was on the run, and he was just the man to hunt her down and toss her into the nearest cell…War could hardly wait.

He was the last man she expected to need.

The breakup had been ugly. Painful. It had ripped out her heart and left her in a sad, crying heap as she ate her ice cream, but Rose had moved the hell on, and she had sworn to never, ever need War again. Except, well, now she did need him and his sneaky skills because Rose was in trouble up to her eyes. The kind of trouble that could wreck a woman’s life.

Rose has cracked the story of a lifetime. She’s uncovered a brutal serial killer who has been hiding in the shadows—only now, she is his next target. The cops think she’s involved in the string of murders because maybe her DNA had been at a crime scene and maybe she’d been spotted by witnesses at another location, but Rose is a reporter—she’d been at the scenes because she was tracking down the real killer. Now, though, because War has caught her, Rose is out of time and options. War is former special ops. He’s the best PI in town. And he’s the man who gave her more pleasure than should be legal…Too bad that he’s also the man who hates her the most.

They make a grudging deal—she’ll pay him anything he wants if he just gives her forty-eight hours before he turns her over to the cops. During that forty-eight hours, he will help her track the real killer. When the clock runs down, she’ll be out of his life for good. Except…a whole lot can change for two people in forty-eight hours. Hate can turn into desire. Need can rage out of control. And a love that you thought was long dead? It just might flash to life again.

Provided, of course, that the murderer hunting Rose doesn’t manage to kill her before she and War can catch him. Forty-eight hours. The countdown starts now… 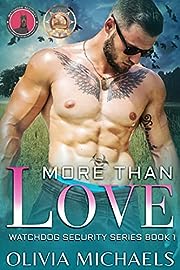 Is he her last chance at freedom?

Jake Collins—former Navy SEAL turned FBI agent—lives to see justice served, even if it means bending the rules. When Jake goes undercover to catch a brutal kingpin, he must decide if he can use the man’s daughter against him, despite the fact that she might be the woman of his dreams.

Rachael Deal is desperate to escape the small town her cruel father rules with an iron fist. She’s learned she can’t trust any man who works for her father, but deep down she thinks that the new guy Jake just might be different. Will Jake be the man to help her stand up against her abusers, a protector who will defend her in any way he can?

As Rachael and Jake form a love like no other, the stakes become life and death. When Rachael’s father learns of her betrayal, he will stop at nothing to keep his daughter quiet, even if it means silencing her forever. Is Rachael destined to die before she ever had a chance to really live? 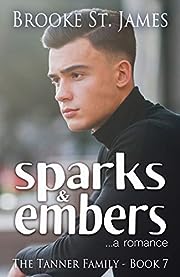 Autumn Rains went to Lexington, Kentucky on a mission.
This was no vacation.
She had a very specific goal in mind.
Autumn had done research and knew who she would encounter on the Tanner Farm.
Photographs of the family were accessible on the internet, so she had an idea of what to expect when she arrived.
Autumn was already aware that she would be meeting tall, handsome athletes on her trip.
But she wasn’t the least bit prepared to fall in love with one of them.

All I Want Is You (The Youngers Book 3) 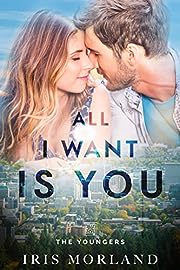 A brilliant, aloof lawyer, Phin Younger has focused solely on his career and on helping people less fortunate.

Living his life without romance? He’s just fine with that. Phin knows all too well how relationships make life messy and complicated.

Until the day Emily Lassiter begs Phin to help her teenage brother. Beautiful but as fierce as a lioness, Emily is like no other woman he’s met.

Suddenly, all of Phin’s plans to avoid romantic entanglements are thrown out the window the moment he sets eyes on Emily.

A former model, Emily now struggles to make ends meet for herself and for her teenage brother Josh. When Josh commits a crime that could put him behind bars for years, she turns to her brother’s court-appointed lawyer, Phin Younger, for help.

When these two can no longer deny their feelings for each other, an embittered rival of Phin’s threatens to destroy his career, dragging Emily into the scandal.

Now these star-crossed lovers must overcome the fears that hold them captive—or face a future without the love that could set them both free. 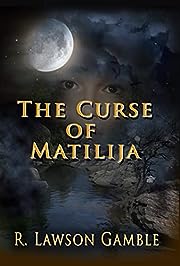 A toxic bacteria, a gang of Mexican drug smugglers, an East European mob, a lethal assassin. Just another day on the job for Zack Tolliver, FBI. But how do you deal with the deadly curse of an ancient Chumash Chief?

After a month of mental and spiritual leave, Janice sends Zack on a simple mission to locate a cave containing an ancient earthen pot known only through the ravings of a delirious and dying man, somewhere in the Matilija Wilderness. To his mind, it is a task beneath his rank. And his partner Eagle Feather is taking a college course and is unavailable. But Zack dutifully travels to Ojai, California, locates a guide, and hikes into the wilderness to find the cave. What he doesn’t know it is not just any cave, and not just any pot, for inside it lurks a strange and deadly disease. 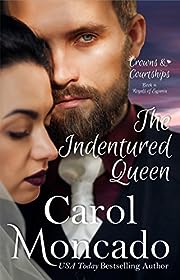 King Benjamin is about to have control of his own home for the first time in his life. By evicting his uncle, he can finally become the ruler he was meant to be.
Finally live up to the legacy handed down to him, beginning with King Alfred the First, and embodied in his own father, King Alfred the Second.
But revenge is a dish best served cold – or at least lukewarm – and his uncle’s revenge comes just two days later when a press release announces Benjamin’s engagement.
To a modern-day scullery maid.

Katrín Jónsson took over her mother’s debt to the Eyjanian royal family as soon as she turned eighteen. Five years down. Only ten – or more – to go.
Until the king offers her a way out.
Marry him, in name only, for a year, then disappear. Her indenture will be paid off – and, more importantly, her mother and brother will be taken care of for life.
The wedding won’t change anything about her life because no one will know the truth of their arrangement.
A disconcerting incident softens Katrín’s heart toward the usually impassive king. But, even as she begins to fall for the man he could become, she wonders if she’ll ever be more than The Indentured Queen? 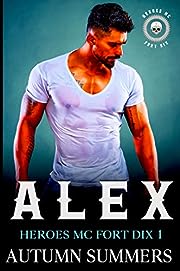 I just want to be left alone!

I don’t care to deal with people.

After the Army, I realized mixing drinks behind the bar was my zen.

That is until she walked through the door!

I usually wouldn’t give a crap about some girl and her drama,

But there was something about Brandy that reminded me of what I lost.

I guess that’s why my instinct told me to protect her, even though it screwed with my mind.

But is she really worth it?

Or Is she just a distraction, especially at a time when my MC brothers are getting hounded by the Sheriff?

I’m terrified of my ex!

The things he’s done to me and the trauma he’s caused me,

have me fearing for my life.

But, I can’t even report him because of the people he’s connected to.

When Alex sees what my ex did to me, he immediately wants to protect me.

He helps me get away from my ex, and I’m grateful.

While showing him my gratitude, I realize I feel something more for him.

But he’s a lone wolf and aloof, will he even let me in? 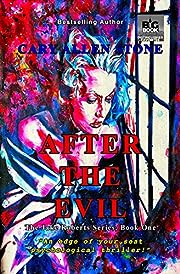 Homicide detective Jake Roberts is in a steamy relationship with flight attendant Lori Powers. He is investigating a murder; a serial killer is responsible. FBI profiler Mika Scott leads the investigation. Mika and Jake were partners and lovers. Tensions run high when Jake discovers who the killer is. Will they get there in time to stop another murder? 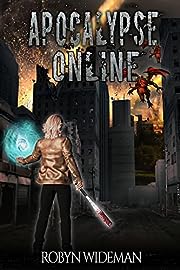 At first everyone thought it was a game…

But aliens have arrived and they are turning people into fertilizer.

Brad and Sam are gamers and when they started playing the hot new game Apocalypse Online they had no idea that the game was a preview of reality! With the help of a benevolent alien AI and nanotechnology, our heroes will have a chance to survive the apocalypse. They just have to survive, level up and find other survivors.

Jake is no gamer. But when he finds out aliens have arrived, he’ll do anything to protect his little sister Sam.

Will they be able to grow strong enough for the second wave or will they become alien plant food? 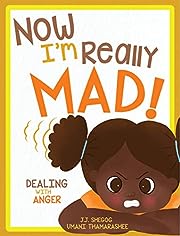 Are you looking for a book to help teach kids how to cope with feelings of anger, meltdowns or tantrums? Then this is the book for you!

When children get angry, experience meltdowns or tantrums it can make kids feel out of control! This why parents seek help and resources to help their children. The good news is kids can learn skills to help them manage and control their feelings that often lead to those emotional outburst.

Now I’m Really Mad! is the perfect book to teach young children how to deal with their strong feelings. This book is written in clear language, and makes use of repetition to maintain reader interest. The simple, colorful pictures are appealing to children’s eyes, and will encourage them to ask for the book to be read again and again. 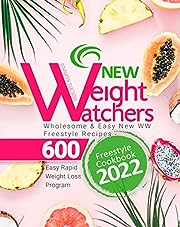 Looking For The Top Rated Weight Loss Program Currently That Allow You To Eat Whatever You Love?

Do You Want to Lose Weight?

Do you want the healthy lifestyle you have always dreamt of?

Do you want to know about the benefits of the Weight Watchers Freestyle Diet?

Get fit, happy, and stress-free by ordering your copy right away! 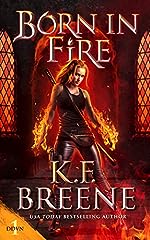 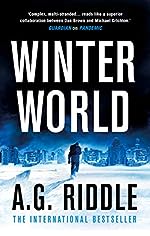 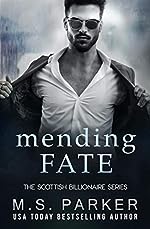 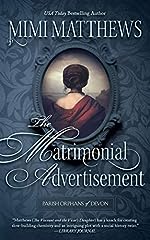 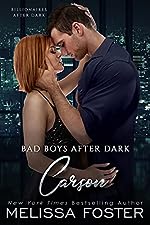 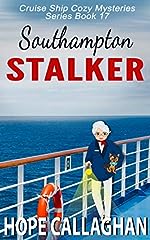 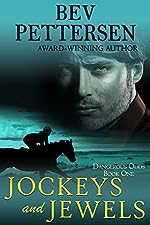 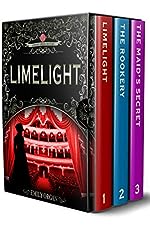 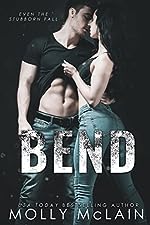 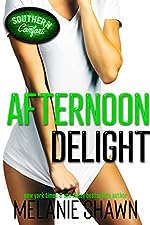 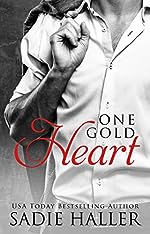 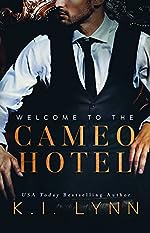