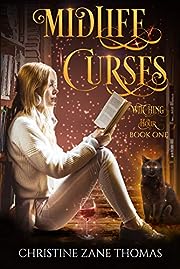 Constance Campbell has made a few questionable decisions in the run-up to her fortieth birthday. So in a way, moving two thousand miles away from everything she’s ever known makes perfect sense.
Creel Creek, Virginia is the last place either of her ex-husbands would ever think to look for her. What better place to hide from her humiliations than a town too small to warrant a mention on a map?
Laid off, and recently divorced from husband number two, this former workaholic moves in with her estranged—and very strange—grandmother.
A grandmother who informs Constance that she comes from a long line of powerful witches. And on the day she hits the big 4-0, she’ll come into her powers. It turns out that she’s not the only paranormal person in town. Under the sleepy surface, the small town is teeming with supernatural beings.
When Constance finds the town’s resident vampire dead, things go from surreal to scary. The local sheriff is convinced that a killer is lurking in the shadows, hunting anyone with supernatural abilities…including witches like her. 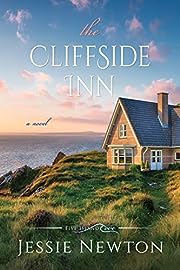 Eloise Hall has reached a turning point: she either wants to marry Aaron or break up. Her scientific mind gets clouded by her heart, and she decides to quit her job at Boston University and move back to Five Island Cove to fix up and open The Cliffside Inn, a building she purchased decades ago on the rocky cliffs of Sanctuary Island.
She thinks that’ll show Aaron she’s ready to wear a diamond and say I-do.
Robin and Alice are dealing with their teenage children who’ve started dating when Alice learns that her ex-husband has lost his high-paying job and is having financial problems. All of the payments she’s been getting…won’t be coming anymore.
With her husband back from Alaska, Robin struggles to learn how to balance home and family with her full-time job as well as her friends. When she has to make a difficult choice between her husband and helping Eloise with the inn, Robin doesn’t know which to support.
AJ has met a great guy — or so she says. She’s been texting her friends about a man named Peterson, but when they’re supposed to come to the cove to help Eloise with the inn, only AJ shows up.
Kelli brings her son to the cove for another extended vacation after learning her husband has started another relationship in New Jersey. He’s asked her to consider an open relationship where they stay married, and he can still see and date this other woman. 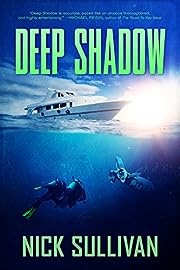 Scuba divers travel from all over the world to visit the little island of Bonaire, with its crystal-clear waters and a host of beautiful marine life. After three years in the “Divers Paradise”, divemaster Boone Fischer thought he’d seen it all; but on a routine afternoon dive, he spots something that will turn his tranquil life upside down.
From the arid shores of the ABC Islands to the tropical jungles of Venezuela—from the ocean depths of the Southern Caribbean, to the lush islands of the Northern Leewards, Deep Shadow takes Boone and the reader on an action-packed adventure filled with danger and suspense. 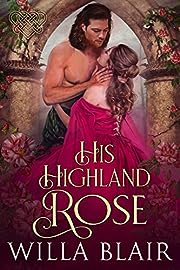 Iain Brodie is a fierce warrior and passionate lover, but to prove he’s responsible enough to follow his ailing father as the clan’s chief, he must give up the lasses and find a bride—quickly. He doesn’t expect to fall for any of the Rose chief’s three daughters, but he can’t get one out of his mind—or heart—even when he discovers she is not who she claims to be.
Skilled rider and archer Annie Rose values her freedom. She doesn’t want to be anyone’s bride, not even deliciously and annoyingly sexy Iain Brodie’s. But her father wants an alliance with Iain’s clan and he’s chosen her to forge it. Unaware she could be sealing the fate she desperately wants to avoid, Annie falls under Iain’s seductive spell at the spring known in old tales as the fairy pool.
But when her father suddenly decides against their match, Annie discovers the love she never expected to find—with Iain. To win her, Iain must risk losing everything he values—the clan he was born to lead and even Annie, the woman he sees for who she truly is—his only love. 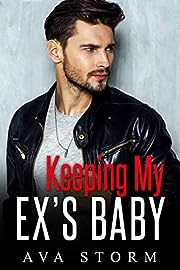 Claire
I walked away from Griffin Prentice ten years ago
Not because I didn’t love him
But because I thought I belonged in Paris
It had everything an artist could want
But even after all of this time
Griffin’s touch is still what I need
But he’s changed so much, I can barely recognize him
His life is one big game now
Am I just another pawn?

Griffin
It took me a long time to get over Claire Bellerose
And I won’t lie—I got under a lot of women while I worked on it
Now tragedy has brought her back into my life and my bed
But just when I think I have her back for good, disaster strikes
I have to make an impossible choice, and Claire has run away again
But this time, I’m not letting her get away so easily 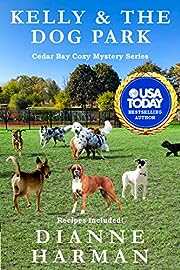 Revenge is a powerful motive for murder.
But then again, so is greed!
The combination of illegal drugs, children, and dogs
Is not good for any living being.
Neither is cutting your honeymoon short when your loved one’s lives are threatened!
Join Kelly, Mike, and Cash along with their dogs, Wicked and Rebel, as they search for the people who are responsible for children having to go into a drug rehabilitation program, to say nothing of their plans to seriously harm Sheriff Mike and his family.

Witch Chosen: A Fantasy Young Adult Series (The Order of the Cursed Book 1) 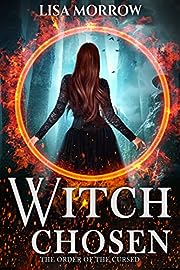 For a small group of girls, The Choosing is the chance of a lifetime. The opportunity to leave behind miserable lives of poverty, move to a castle, and learn to use magic. But for Rose, it’s more than that. If she isn’t selected by the powerful order of witches, she’ll be forced to marry a man she doesn’t love, or watch her father be taken to the prisons.
So when Rose and her best friend are selected, they think all their dreams have come true. And yet, not everything is as it seems.
Is it possible that being Chosen means a worse fate than they ever imagined? And could a handsome boy become Rose’s only ally in a fight she never imagined?
Being Chosen was just the beginning, now she needed to survive… 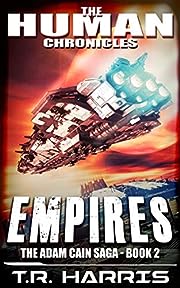 Why do bad things keep happening to our heroes, Adam Cain, Sherri Valentine and Riyad Tarazi? It’s just their luck.
It was supposed to be a peace conference, designed to bring the galaxy back down from the brink of war. But why they picked Capt. Cain’s Bar & Grill as the location of the high-level talks is anyone’s guess. And now a deadly conspiracy reveals itself, leaving Adam, along with the other Humans on Liave-3, running for their lives, accused of a political assassination they didn’t commit.
Now a desperate race is underway to find the alien assassin so they can clear their names and bring the real leaders of the conspiracy to justice. Can they do it? Really? You have to ask. 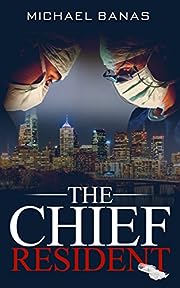 Phillip Drummer is a chief surgical resident at the Philadelphia General Hospital. After five years of intense training he stands atop the surgical pyramid, poised to graduate in six months. His final clinical rotation places him under the direction of Dr. Frederick Riles II, the esteemed chairman of the Department of Surgery. Dr. Riles is in the midst of completing his life’s work, a landmark study investigating Lysovage – an experimental drug designed to combat painful abdominal adhesions. Through a series of random events, Phil is drawn into the project and introduced to the marketing machine of Union Park Biotech, the pharmaceutical giant sponsoring the venture. He is soon exposed to the power and wealth of Union Park, whose influence penetrates deep into the core of the medical center. A series of complications involving the wonder drug suddenly threatens to derail the project, along with Phil’s developing relationship with a pharmaceutical spokesperson. Powerful egos, corporate influence, hospital politics, romance, and financial gain all collide in a climactic product launch, jeopardizing the careers of everyone involved. As the situation unfolds, the future of Dr. Phillip Drummer becomes uncertain, as does his chance of ever graduating from the Philadelphia General Hospital. 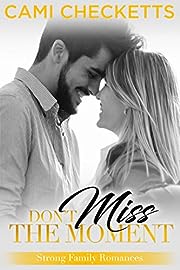 A single father hiding from the truth; a whimsical romance author hoping to experience real life. Will she offend him or steal his heart?
Gavin Strong is focused on raising his son, helping his family, and running a multi-millionaire dollar resort. He has no time for romance. When Kari Love’s blue gaze meets his, the world seems to shift and she bewitches him so quickly he forgets his responsibilities and all reservations.
Is Kari the one to break through Gavin’s hard shell or is he destined to be alone?

The Turtle and the Spider: A Sweet Adventure. A journey of friendship and lots of yummy cakes. The first of a series of animal books. (Animal Series Book 1) 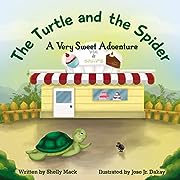 One day, a shy young turtle meets a lonely, little spider. Neither one knows what it’s like to have a friend until now!
The spider takes the turtle on an exciting journey. They are having so much fun, they have no idea they are about to get into trouble.
Bright and bold illustrations follow this lovely story. Amongst this exciting adventure is a good moral to the story. 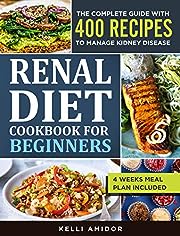 In this book, you will learn what you should be cooking and exactly how to cook it. The recipes included are very easy to cook and are written in clear steps to allow you to reap maximum benefits from the renal diet.

More precisely, you will learn:

-Benefits of the renal diet to your kidneys
-The foods you should eat and avoid on the renal diet
-A 28-day meal plan to make it easier for you to adapt to the diet without worrying about what
you should eat- allowing you to focus on the important things
-400 easy and delicious recipes for the whole day that you can try, including breakfast recipes,
lunch recipes, main meals, side dishes, snacks and desserts, protein-rich recipes, salads and
dressings, green juice, and other beverages 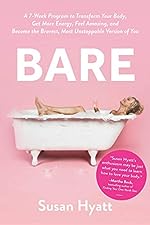 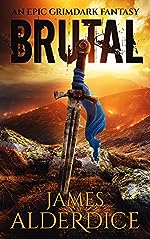 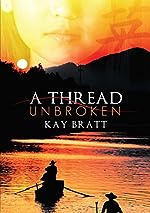 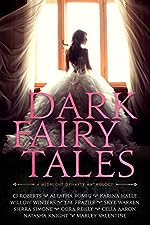 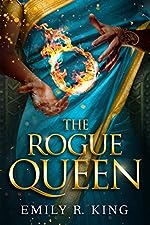 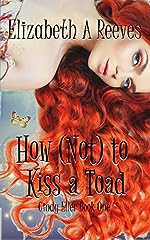 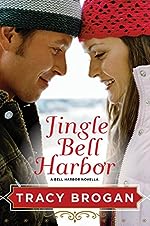 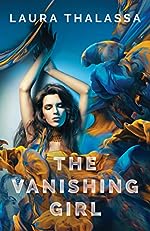 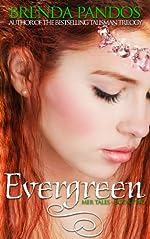 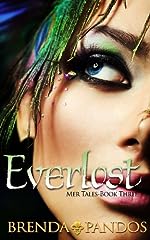 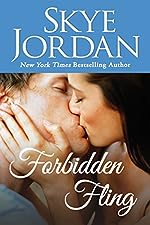 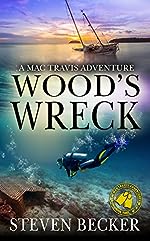 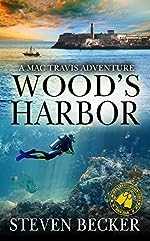 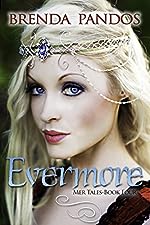 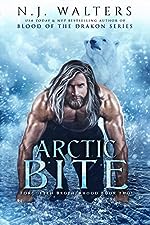 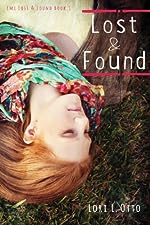 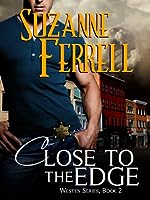 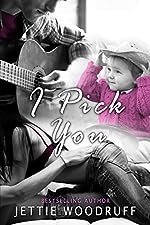