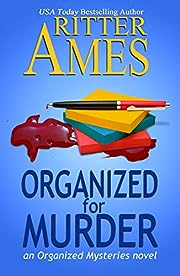 A move to small-town New England meant a new start for the McKenzie family. When Kate opened her organizing business and immediately gained a rich client, she thought everything was finally stacked in their favor.
Until her client is found dead. Then the police take a hard look in her direction.
Things only get worse when forensics evidence finds her fingerprints on the murder weapon–and suddenly Kate shoots to the top of the list as prime suspect.
The stopwatch is ticking for Kate to prove she had nothing to do with the murder. The odds are further stacked against her when stolen items turn up in the McKenzie home.
She must trust her methodical skills and expert eye to sort out who is trying to frame her and uncover the real killer before she’s organized right into a jail cell. 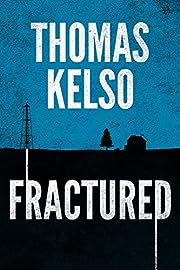 Orthopedic trauma surgeon Mark Thurman and preeminent stem cell scientist Claire Hodgson develop a method to heal fractures in days. When former Navy SEAL sniper, John Bristow is delivered to the emergency room with multiple gunshot wounds they have the perfect human patient to test their medical breakthrough. Normalcy deteriorates into chaos when the killers reappear. Thurman finds himself in a tangled web of espionage, extortion and revenge as he tries to rescue the patient, who once saved his life. A 2018 Kindle Scout winner and 2019 Silver Falchion award finalist for best thriller at the Killer Nashville International Writers Conference. 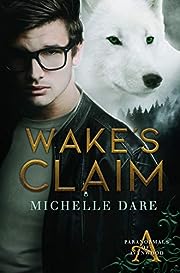 Life hadn’t been easy for him. Every day he resisted his natural instincts to claim the one female meant for him. An event from his past stopped him in his tracks every time his primal urges pushed him toward her.
Paige accepted the role she played in Wake’s life. She was the one he wanted but never allowed himself to have. But when someone else showed interest in her, Wake had to decide once and for all.
Putting his heart on the line left the shifter vulnerable, something he never wanted to be again. And just when he gave in to his instincts, fate dealt the pair a cruel hand.
Nightmares came true, causing Paige to flee to the only place she felt safe—in the arms of Wake. 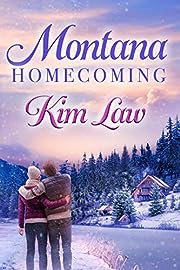 His hometown of Birch Bay isn’t the respite Cord Wilde envisions when forced to take a mandatory vacation. Instead, he finds that thanks to one memorable weekend back in the spring, he now faces the same situation as his siblings, expecting a “bundle of joy.” But accidental pregnancy or not, that doesn’t mean Cord has to be a hands-on dad. He can uphold his responsibilities without upending his life. Plus, his narcissistic mother once taught him a very valuable lesson: never get mixed up with a woman who can take control of your emotions. And no one has ever threatened his legendary control quite like Maggie.
Sweet and sassy schoolteacher Maggie Crowder has made one big oops in her life, but she isn’t letting that bring her down. She just has to show hunky long-time crush Cord Wilde that their weekend together was more than a good time and an unexpected pregnancy. After all, she couldn’t be the only one who’d felt a connection, right? Only, Cord has a pretty big wall around his heart, and he isn’t letting anyone through. Will the lure of unconditional love, as well as the draw of finally returning home to Birch Bay, be enough to break through his last ounce of resistance? 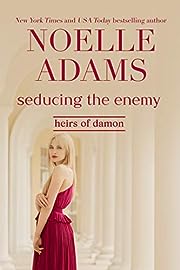 Having lived a sheltered life, Marietta Edwards wants to indulge in pleasures that are entirely new to her, so she begins by seducing a sexy, mysterious stranger. Only after their one-night stand does she learn their families have been embroiled in a fifteen-year legal battle and the man she’s given herself to is her worst enemy.
The heir to a vast fortune, Harrison Damon believes the unforgettable night he spent with Marietta in Monte Carlo is just a fling, an escape from his responsibilities. Then he discovers she is an Edwards—the family he despises most.
He can’t quench his attraction for her, but he won’t let her use it against him. He won’t let her manipulate him to win money from his family. No matter how much he wants her, he won’t let her seduce him again. 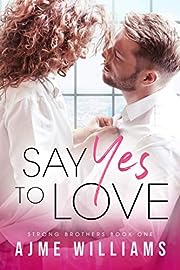 This whole thing was no mistake.
Ryan thought it’d be fun to go to Europe and get hitched.
Why?
Because my charm helped him secure a deal.
It was all fun and games until we were only walking hand-in-hand on the streets of Europe.
Until it was just the two of us.
But Ryan broke more than just the one rule which says that we can’t be together.
He got me pregnant.

Now, a baby would definitely take the fun out of this madness.
Especially one that Ryan would never want… ever.
He’s (real) married to his job, remember?
So, I’ve got two options.
Tell him and risk losing him.
Keep my pregnancy a secret and still lose him.

I end up with a broken heart either way.
Unless a miracle saves our fake marriage and our futures from collapsing. 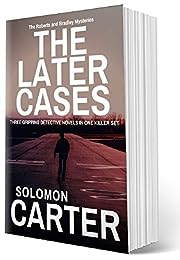 A BLOODY VENDETTA HAS BEGUN.
Detective Dan Bradley becomes the victim of a devastating attack. Bradley and his partner Eva Roberts are left to pick up the pieces. They soon learn of other victims.
The private detectives must track down a villain unlike any they have ever known. Relentless and bitterly cruel, he strikes people from Dan Bradley’s past. Each victim is connected to the boxing club where Bradley boxed in his youth, but the targets have little else in common.

A HERO IS MISSING. A BODY IS FOUND ON THE BEACH. AND A FORMER FRIEND BEGS DETECTIVE EVA ROBERTS TO SAVE HER LIFE…
PI Eva Roberts is hired by former school friend Lauren Jaeger. Lauren’s cruel partner refuses to let her leave him but he will certainly kill her if she stays.
When a second body is found on the beach Lauren’s domestic case soon feels like a distraction… And what starts as a day of rest turns into the beginning of a nightmare.

BOOK 3: INTO THE SHADOWS

A ONCE FAMOUS ARTIST LIVES IN CONSTANT FEAR OF ATTACK, RECEIVING CODED THREATS AGAINST HIS LIFE.
PRIVATE DETECTIVES EVA ROBERTS AND DAN BRADLEY ARE HIRED TO CRACK THE CODE AND IDENTIFY THE CULPRIT BEFORE THE ARTIST IS KILLED.
But the private detectives face other problems. Eva and Dan’s romance is over. Dan is sleeping wherever he can find a bed, and the timing could not be worse – as his solo drugs case is about to reach boiling point. 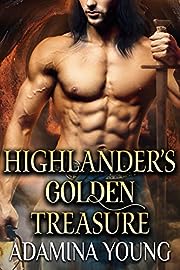 Delwyn can not decide which is worse. The fact that his sister was abducted for ransom or that his cruel father is not willing to help her?
Without thinking much about it, he leaves his home in London for the Highlands, where the kidnappers have taken her. Soon enough, he will discover a rather odd and reckless way to pay for her ransom…
Jasemina Douglas’ family operates a gold mine making her dowry so tempting that rumors have spread even beyond the Scottish borders. Delwyn discovers that the lass that can help him save his sister is more than charming, and if the situation was different, he could fall for the vigorous Highland girl. But right now, he is determined to do everything in his power to get his sister out of danger.
Having always been unconventional, Jasemina sees the unusually handsome and well-spoken Sassenach as a challenge. She disobeys everyone’s advice and seduced by him, she decides to marry him leaving everyone speechless! But not even in her worst nightmare could she imagine Delwyn’s’ ploy that ends up putting Jasemina in harm’s way too.

The Woman at the Docks: A Mafia Romance (Grassi Family Book 1) 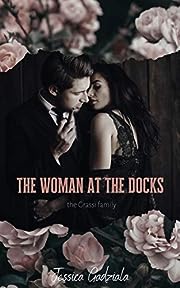 You didn’t have to be in the criminal underbelly to understand one fundamental rule: You don’t mess with the mafia.
But what other choice did I have? 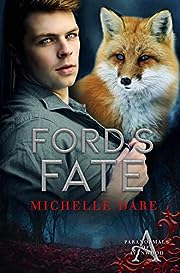 The love of his life left him. He fell for his best friend. People he considered friends were killed. Blood was on his hands.
Through it all, he never forgot his first love. The one who stole his heart then shattered it when he least expected.
When Sienna left Ford and mated with another, she thought she’d found her companion for eternity. Except, her life didn’t play out that way. Her mate was killed, leaving Sienna a shell of the shifter she once was.
Ford wanted Sienna back, but the choice had to be hers.
Then her life was in danger, and his plans changed in an instant. All that mattered was keeping her safe.
Reaching a crossroad, they were helpless to fate’s plan. 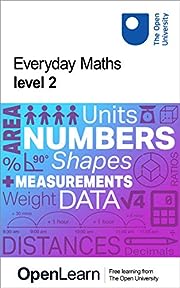 Having good maths skills are important for everyday life. This free course serves as good preparation for Level 2 Functional Skills in maths

It was here at last – the big picnic day.
In the jungle, so lovely, this Thursday in May…

Join a group of feathered friends, and find out if shy parrot Red gets to taste a favorite sweet before they’re all gone!

This book’s colorful and light-hearted illustrations are perfect for drawing a child’s interest, while its delightful story of friendship, kindness, and discovering the value of knowing when to ask for help, will keep them turning the page and wanting to discover what happens next. 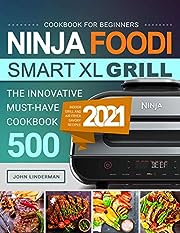 The Ninja Foodi Smart XL Grill Cookbook is more than a cookbook. It also provides set up instructions, care and maintenance tips, pro advice on accessories to keep nearby, and go-to grilling techniques for your new favorite recipes. Everything you need to get started is right here inside this grilling cookbook.
Master Your Foodi Grill Multi-Cooker and Impress Your Family, Friends and Guests! 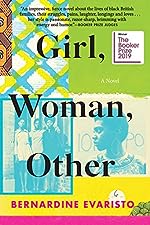 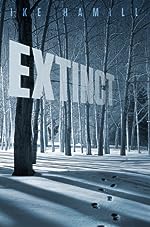 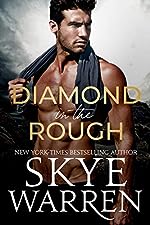 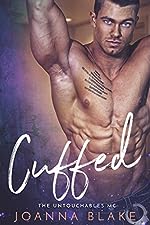 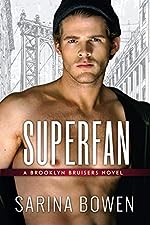 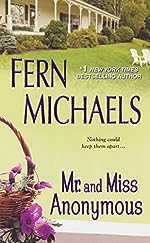 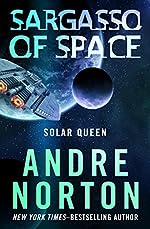 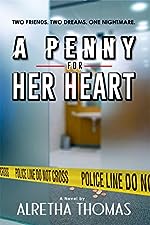 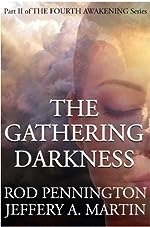 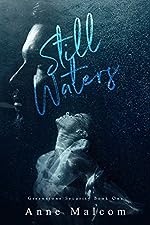 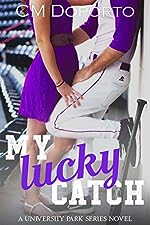