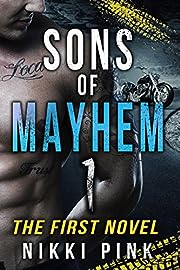 Good girl college junior Nicole is bored. Bored of her boyfriend, bored of frat parties, bored of college life and bored of studying. (Un)luckily for her though, her wild roommate has just become involved with… The Sons of Mayhem. When offered the chance to party with them, she jumps at it.

Nicole is thrilled to meet the charming but dangerous Vice President of the club, Jase. But when she realizes that the biker lifestyle is rougher than a good college girl like her could ever have imagined she begins to question what she’s getting herself into.

Feel the thrill of the ride with Nicole, Jase and the Sons of Mayhem. 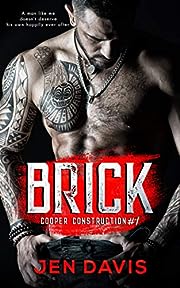 I’m used to getting my hands dirty. During the day it’s mud and grime on the construction site. At night…it’s the blood I spill.

A drug lord’s enforcer does what needs to be done. It’s my obedience, my loyalty to the boss that keeps my family alive.

I know I’m teetering on the edge. I’m losing my humanity, I can feel it. It’s changing me, and it’s only a matter of time before the darkness takes over.

Then I meet her. Liv. The only person who sees past my busted knuckles and brutal exterior. She sees…me.

But being with me will get her killed. The only way I can keep her safe is by staying away. Until her own actions catapult her into the center of my world—a world which will swallow her whole.

Now I’m forced to be the ruthless bastard I’ve been for so long. Only this time it’s not to destroy…but to defend. 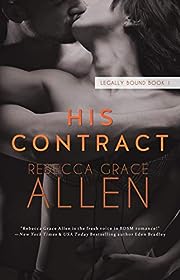 Lawyers know when to play by the rules…and when to break them.

Harvard law professor Jack Archer once balanced his professional life with the private world of dominance, surrender, and trust he shared with his wife. Since cancer stole her a year ago, finding love again—her final wish for him—is the furthest thing from his mind.

From his empty house to the classroom, grief follows his every move. Until he meets a young woman with shadows in her eyes even darker than his own.

Once a shining star at law school, Lilly Sterling’s dreams died when the Dom she trusted left her heartbroken and lost. She’s starting fresh in a new city as a paralegal, but meeting Jack reawakens all her old demons—and her lingering desires.

Jack offers to become Lilly’s mentor for both the courtroom and the playroom, but tells himself it’s not a relationship. Their carefully worded contract guarantees that. But when their trial agreement starts heating up, both Jack and Lilly must decide what will tip the scales: the letter of the law…or love? 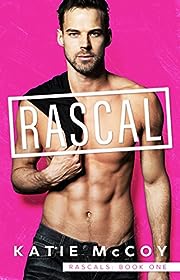 Meet the rascals: five friends, one bar, and a heap of sexy trouble! Perfect for fans of Christina Lauren, Helen Hunting, and Kendall Ryan.

Emerson Hayes is sexy, arrogant, and has abs that would put a Hemsworth to shame. He’s also opening a bar with his buddies right below my apartment. Goodbye, peace and quiet, hello sleepless nights fantasizing about my hot new landlord…

But when my stuffy workplace makes it clear I need a plus-one for our events, I have the perfect way to even the score. Emerson is A+ arm-candy… as long as I can resist taking a bite. Our arrangement is supposed to be just for show, but Emerson is like that fifth shot of tequila: tempting, intoxicating, and liable to leave me flat on my back with my panties around my ankles, begging for more.

Maybe I should stay for just one more round…

She Fell in Love with a Miami Kingpin 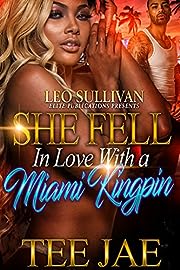 Brooklyn had everything she’s ever wanted with her fiancé Chris Issac known to the streets as Gator with the exception of kids from the love, money, and loyalty she had it all or so she thought. A swoop by the Feds in the middle of the night uncovers a secret that will change her life forever. Finding out that the man she spent the last decade of her life with was never hers from the beginning. She cuts all ties with him but not before she’s forced to repay a debt he owed to his new connect…Khadi Santana. Uprooted from her perfect life in Atlanta and moved down to the sunny skies in Miami, where she falls head over heels for Khadi. Ultimately, she’s hesitant to jump right back into love after the betrayal from Gator and the constant reminder from him that he will murk any man she even thinks about getting close too, Brooklyn disrespects Gator’s wishes and is ready to put her heart into Khadi’s hands but a twist of threats and tragedies may lead to her losing her one chance at REAL love.
Khadi Santana is not to be tested in these streets and everyone knows this in the dirty south. Him and his ruthless brothers, Khaddo and Khaza have the dope game on lock. Following his father’s footsteps and putting the Santana’s name back on the map, he built an untouchable empire running it with an iron fist. Thinking he’d never love another woman after his late girlfriend’s demise; whom he lost due to the casualties of war. He vowed to never love another until he meets Brooklyn Trase. What was supposed to be a debt owed to him turned out to be his second chance to love again but his gangster gets tested when the ones he loves the most, gets hurt…
Walk with Brooklyn and Khadi as their worlds get shaken up by their new enemy.

Mistress of a Boss: F$ck a Title We Have a Bond

By Dedra B / Genre: Urban 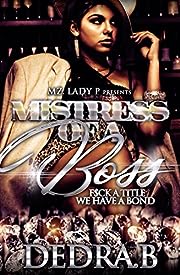 Chelsea is nothing more than a twenty-year old boss. She paved the way for many young hair stylists by opening multiple hair salons throughout Chicago. With her main focus being her business, and trying her best to cope with the tragic death of her father who was Murdered in cold blood right in front of her, having a personal life is the last thing on her mind. That is until she crosses paths with the infamous La’Cari Gibson.
La’Cari is in a lane of his own, being born into money meant nothing to him. He still put in the work to make sure his famille’s businesses ran smoothly. True to his wife Zoey, he made sure no other woman could even come close to replacing her and she knew it. Loyalty means everything to him, but once you break that, nothing will stop him from returning the gesture, no matter who you are!
Zoey is the true definition of a trophy wife, young, beautiful, and well kept. She stands behind her husband in the most expensive stilettos, purchased directly from his account. Unlike La’Cari loyalty means nothing to Zoey if the money isn’t flowing, and she will stop at nothing to secure her and her man’s bag.
Watch as this drama filled story unfolds, when lies, loyalty, and marriages are broken! Love can be a dangerous game, especially when you don’t know the consequences behind losing. 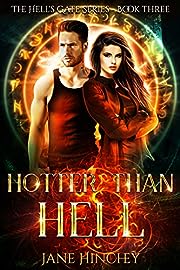 It’s HELL being the CEO of, well, Hell.

Lucifer is in hiding. Needing time to think and regroup, Lucy takes off to gain some insight on her ever-changing, unraveling life.

Being betrayed by God, her father, and her fated mate, Levi, Lucy is torn between her desire to forgive and forget and her overwhelming sense to unleash wrath on their sorry hides.

In the meantime, her mother, Lilith, is on a vengeance warpath, and nobody is safe.

Forced out of hiding to protect those she loves, Lucy must face her demons head-on. And the only way she can do so is to team up with Levi. But can she trust her destined mate to repair the pain of her past for a future together?

The Present is a Gift

The Present is a Gift is a children’s picture book that takes us on a journey to achieve mindfulness. Readers are transported from a classroom out into nature to observe animals in yoga poses and practicing mindfulness. Children will enjoy the illustrations and learn to live in the moment, reduce stress and build confidence. Included in the book is a kid-friendly mindfulness guide that learners of all ages will love.

Ramen for Beginners and Pros: The Cookbook with Japanese Noodle Recipes for Every Day 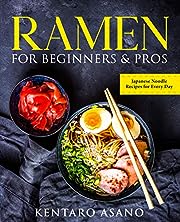 Promotion ends shortly! The ultimate Ramen Book The Cookbook with Japanese Noodle Recipes for Every Day The big cooking bookFor Beginners and Pros!
★ You want to learn some important things about equipment and usage ?
★ You want to make your evening with friends perfect?
★ You need a big variety of recipes for different occasions?
★ You want to know how you can wow your family and friends this weekend?
A new trend is sweeping the land, a food trend that seems to stand against the Clean Eating ideology. Anything but vegan, the ramen soups from Japan are coming to Europe and continue the hype about bone broth from grandma’s times. For the first time a Japanese dish that is not sushi is gaining ground in Europe. Ramen are a specific kind of Japanese noodles. Traditional Japanese soups that were made with these noodles were also called ramen. They capture us with an umami taste explosion while the vegan Clean Eating trend is trying to tell us that it is possible to do without strong flavors and spices. And yet, the two trends are not necessarily in conflict with each other. Food can be pleasantly intensely flavored and still vegan and healthy. Thus it happens sometimes that European restauranteurs make the original ramen soup without any meat or fish and use ready-made sauces to mix seasoning sauces instead of long fermentation processes. Nonetheless, we are trying to stick close to the original in this book and find a compromise between the hearty Japanese broth and the European palate. 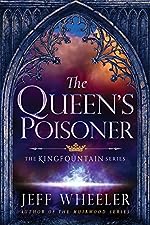 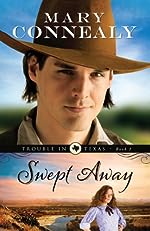 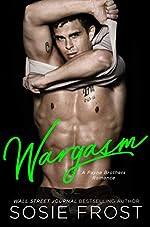 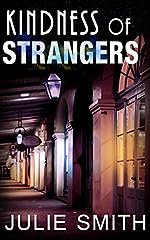 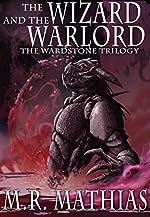 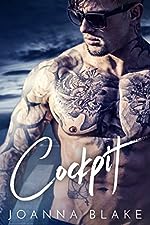 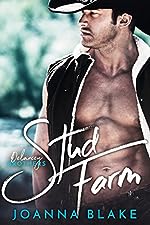 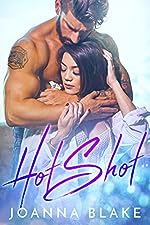 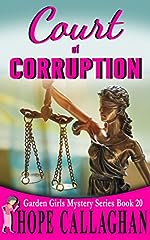