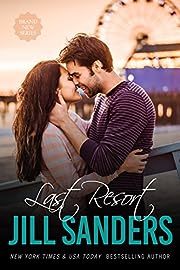 Cassey’s life is crazy enough. The last thing she needs is some cocky rich boy trying to destroy her business. Normally immune to these vultures, she finds this brazen hottie especially difficult to refuse.

Out to close the deal of a lifetime, Luke won’t take no for an answer, and the intoxicating beauty standing in his way isn’t going to go down easily. He’ll need more than business savvy to close this deal.

A Piece of Heaven: YA Contemporary Romance (The Allendale Four Book 1) 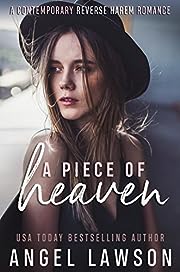 I learned that lesson the hard way when I agreed to helping my friend Justin with a favor.

A favor that helped him with his reputation but turned mine into the trending topic at my school. In a matter of days I go from quiet, nobody to school slut.

The problem with that? I’m still a virgin.

The whispers, the stares and the constant gossip try to bring me down-they almost do bring me down-but I’m tired of hiding in the dark, covering up my anxiety and being alone. I decide to take on the bullies and find a few surprising allies along the way; the Allendale Four.

Oliver, Anderson, Jackson and Hayden make up this tight-knit circle of friends and for some reason they make it their mission to protect my reputation, my heart and my soul.

That doesn’t stop the hater’s for coming after me. For the rumors and harassment to end.

More than anything, I want the pain to stop. 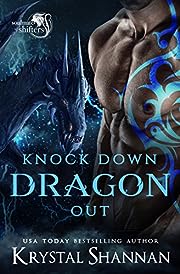 Winter in Mystery, Alaska just got a whole lot hotter. Dragon shifters, lions, and tigers oh my!
An overwhelming need to get away from life—from grief—sent Naomi Parker on a trek through Alaska. Even though she was expecting to photograph some unique wildlife, she was NOT expecting a dragon. They don’t exist, right? Wrong. And a dragon who turns into a human? Even more unlikely.

A hot dragon prince… yeah, she’s totally hallucinating. And when he won’t leave her side, and their chemistry is off the charts, suddenly, it’s a whole-new-world of fantasy and excitement, until it threatens to cost her everything…including her life.

Col has one mission: to kill the dragons who murdered the royal house of Li’Vhram—his family. But he wasn’t expecting to find his mate in the process. When a cute, curvy woman needs rescuing from the dragons he’s hunting, his senses go on high alert. She’s his mate. He’s sure. And he’ll do anything to make her his.

Academy of the Elites: Untamed Magic 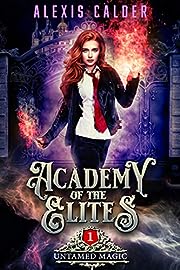 A wolf shifter, gorgeous incubus, and sexy billionaire twins. They’re all dangerous. And they all want me. Welcome to the Academy of the Elites.

When I somehow summon fire in an act of self defense, I’m given two choices by the magic cops: attend some stuck-up magic school, or go to magic jail.

There go my plans for the next year. Apparently, I have Untamed Magic, whatever that means. And I’ve got a year to get it under control at this magic academy that’s basically a finishing school for the elite. Everyone here is somebody important. And rich. Except for me.

Which paints quite the target on my back. Being the token poor kid is bad enough. Throw in that I somehow form a mating bond with four of the school’s most eligible bachelors. Oh yeah, like the fact that someone is trying to kill me. FML. 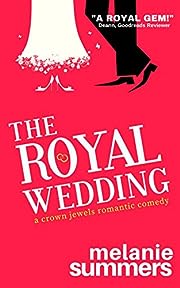 When most girls get engaged, at most they face a disapproving mother-in-law, but in Tessa Sharpe’s case, it’s a disapproving nation. No one in the tiny kingdom of Avonia wants the former anti-royal blogger to wed Prince Arthur. The anti-royals haven’t forgiven her for abandoning ship and swimming over to the Prince’s yacht, and the royal watchers won’t ever forget all the horrible things she wrote about their beloved Royal Family.

Up against all odds, Tessa has only six months to prove herself worthy of the title of Princess. Her nasty father-in-law is going to throw every obstacle in her way, including the beautiful, poised, and highly accomplished Lady Doctor Brooke Beddingfield. But Tessa is determined to make this work and keep her fledgling career as a reporter intact.

Will Tessa manage to fight her way down the aisle and find her Prince Charming waiting? Or will one of them succumb to mounting pressure and run the other way before they can say I do? 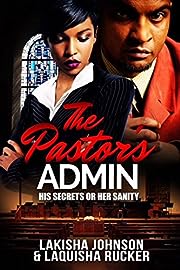 Daphne ‘Dee’ Gary used to love being an admin … until Joseph Thornton.

She has been his administrative assistant for ten years and each year, she has to decide whether it will be his secrets or her sanity.

And the choice is beginning to take a toil.

Joseph is the founder and pastor of Assembly of God Christian Center and he is, hell, there are so many words Daphne can use to describe him but none are good. He does things without thinking of the consequence because he knows Dee will be there to bail him out. Truth is, she has too because … it’s her job, right?

A job she has been questioning lately.

Daphne knows life can be hard and flesh will sometimes win but when she has to choose between HIS SECRETS or HER SANITY, this time, will she remain The Pastor’s Admin?

The Final Toll (Servant of the Crown Book 4) 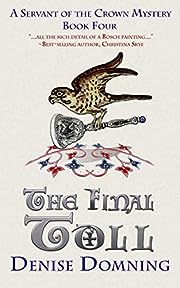 RING FOR THE ANGELS!

Sir Robert of Offord dies mysteriously just after accusing his new wife of adultery and his son-by-marriage wants the shire’s new Crowner to prove the knight was murdered. Instead, Sir Faucon de Ramis discovers that a bell owned by the dead man is missing. But who could have taken it— the daughter who loved it as a child, the knight who wants it as collateral, or the prior who wishes to restore it to its holy purpose of calling the angels? Follow Warwickshire’s new Servant of the Crown as Sir Faucon embarks on his most unusual and convoluted hunt yet. 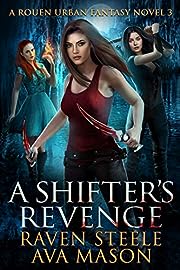 Briar should be living the easy life. She finally checked off the last name on her kill list. The new pack Alpha isn’t an a-hole, and her smoking hot shifter boyfriend is finally ready to spelunk her bat-cave.

But she should’ve remembered that life hates her. An unknown evil force is kidnapping people to create an army of drug-induced, soldier-like supernaturals. If that wasn’t bad enough, the Abydos, the ancient blood Briar has vowed to protect, has been discovered. Briar must risk moving it before the growing evil in Rouen gets their hands on it.

Just when she thinks she’s safe, Briar learns of a deep betrayal by someone close to her that threatens not only her pack, but the entire city. She can’t fight against it as she is. She must become more, become greater. If she can’t accept her destiny and fully embrace the shifter she was meant to be, then history will repeat itself, and she’ll lose her pack and everyone she cares about.

By the Light of Embers: A Haunting Debut Novel of Forbidden Love in the 1950s South 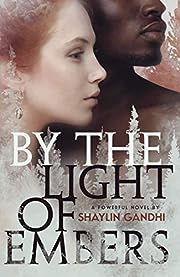 It’s 1954, and 22-year-old Lucia Lafleur has always dreamed of following in her father’s footsteps. While sock hops and poodle skirts occupy her classmates, she dreams of bacteria and broken bones—and the day she’ll finally fix them.
?
After graduation, a letter arrives, and Lucia reads the words she’s labored a lifetime to earn—”we are pleased to offer you a position at the University of Pennsylvania School of Medicine.” But in the midst of her triumph, her fiancé delivers a crushing ultimatum: forego medical school, or forego marriage.
?
With fractured hopes, she returns home to Louisiana, expecting nothing of the summer of ’54 but sweet tea and gumbo while she agonizes over her impending choice. There, she unexpectedly befriends Nicholas, a dark-skinned poet whose dignity and intellect are a salve to her aching heart. Their bond, initially forged from a shared love of literature, soon blossoms into something as bewitching as it is forbidden.
?
Yet her predicament deepens when a trivial misunderstanding between a local white woman and a black man results in a brutal lynching, and the peril of love across the color lines becomes chillingly real. Now, fulfilling her lifelong dream means relinquishing her heart—and escaping Louisiana alive.

The Reluctant Guardian: A Regency Romance (Regency Brides: A Promise of Love Book 2) 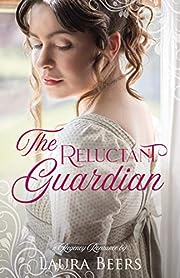 Baldwin, the Viscount of Mountgarret, was content with his life. Unexpectedly, his childhood friend dies, leaving him his most prized treasures: his two young daughters. Baldwin’s priorities begin to shift as he arrives home and meets his wards’ infuriatingly stubborn governess. His interest is piqued by the mystery surrounding her, but she’s only a governess. He certainly can’t pursue her. Can he?

After three “unsuccessful” Seasons, Emeline Warren discovers a heinous plot to force her into marriage with an aging earl. She flees from her ancestral home and unwittingly becomes a governess to two little girls. Finding herself attracted to their reluctant guardian, she’s determined not to fall prey to his charms.

Can two unlikely lovers let go of their foolish pride, or will they lose what matters most? 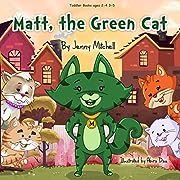 If you love books of Anna Kang, Sandra Boynton, Dr. Seuss or Eric Carle, you will definitely also like this Funny and Cute Cat Book for Kids! 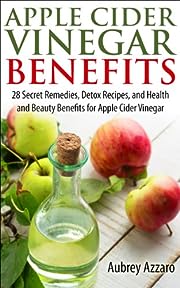 You are about to find out why: Apple Cider Vinegar is one of the most powerful health and beauty remedies in the world!

Discover why Apple Cider Vinegar has been called The Miracle Health Elixir.

There is a reason Apple Cider Vinegar has been passed down throughout generations as a safe, natural, and holistic health and beauty remedy.

* Lose Stubborn Body Fat?
* Clear up your Acne or skin condition?
* Get a sparkling white smile naturally?
* Soothe your up set stomach?

Apple Cider Vinegar benefits everyone. This book will show you how to do that and so much more. 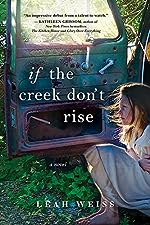 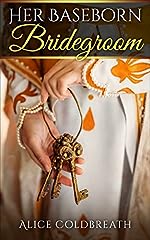 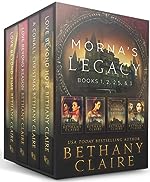 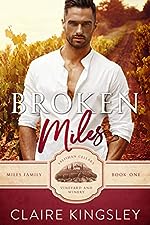 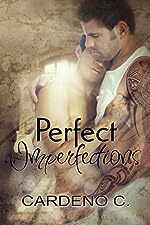 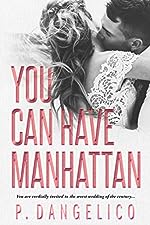 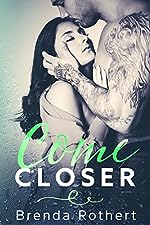 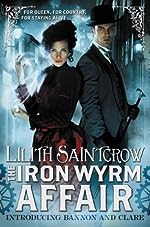 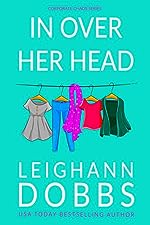 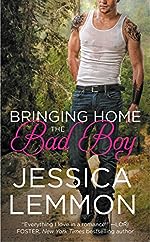