A Moment in Time: A Short Story 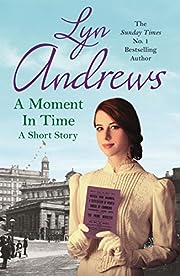 Ellen Holt has grown up in the heart of Liverpool’s slums. Each day brings worry and struggle for her mam and da and Ellen works hard as a factory girl to help her family. Together, they get by.

She has never imagined any other existence until one night she joins a gathering of suffragettes. Suddenly anything seems possible. But she’s soon to discover how much courage it takes to fight for better. And, just when all seems lost, Eddie Shaw walks into her world… 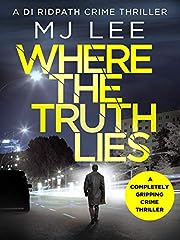 The case was closed. Until people started dying…
DI Thomas Ridpath was on the up in the Manchester CID: a promising detective who captured a notorious serial killer. But ten years later he’s recovering from a serious illness and on the brink of being forced out of the police. Then the murders began, in an uncanny echo of his first case.

As the death count grows, old records, and bodies, go missing. Caught in a turf war between the police and the coroner’s office, Ridpath is in a race against time. A race to save his career, his marriage, and innocent lives.

When a detective disappears everything is on the line. Can Ridpath save his colleague? 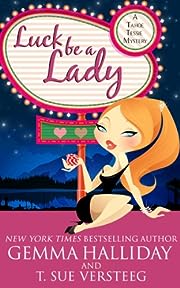 Tessie King has just inherited the biggest casino in South Lake Tahoe, Nevada, the Royal Palace. What she didn’t bargain for are the problems she’d inherit with it.

Having left Tahoe years ago, the underbelly of the casino trade is a far cry from the art world Tessie is used to. High-stakes cons, inside jobs, wise guys… Tessie quickly realizes she’s in way over her head. And things go from bad to worse when questions start to arise about the nature of her father’s death. Enter FBI agent Devin Ryder, member of the Nevada Organized Crime Task Force. He’s had his eye on the Royal Palace for months, and with the suspicious death of its leader, Ryder now has Tessie squarely in his sights. If Tessie doesn’t want to be running her casino from behind bars, she needs to find out how her father really died, who’s behind it, why, and how to get them into Agent Ryder’s hot little hands before he gets his hands on her. All the while catching a con-man, beating the competition, and running a multi-million dollar business.

Tough job? Fo’get about it. All in a day’s work for this lady luck.

Under This Same Sky 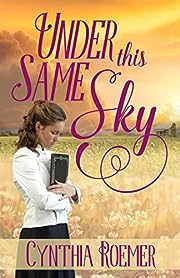 ~ She thought she’d lost everything ~ Instead she found what she needed most. ~
Illinois ~ 1854
Becky Hollister wants nothing more than to live out her days on the prairie, building a life for herself alongside her future husband. But when a tornado rips through her parents’ farm, killing her mother and sister, she must leave the only home she’s ever known and the man she’s begun to love to accompany her injured father to St. Louis.
Catapulted into a world of unknowns, Becky struggles to make sense of the path the Lord has placed her on and finds solace in corresponding with Matthew Brody, the handsome pastor back home. But when word comes that he is all but engaged to someone else, she must call upon her faith to decipher her future. 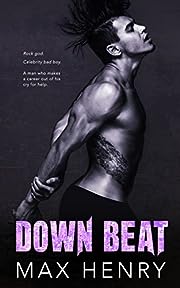 Some call him a rock god.
Others a celebrity bad boy.

Me? I call him the arrogant bastard who stole my concert venue.

His apology? To take me and my violin on tour with the band.
It’s an offer I can’t refuse, even if it does come with strings attached.

Because Rey Thomas isn’t who he seems.

Life isn’t pretty behind the deviant frontman’s facade.
It’s raw, ugly, and at times downright painful.
But it’s real.
And far better than the lie he presents to the world.

The man behind the face of Dark Tide is beautiful in his chaos.
All I have to do is keep him alive long enough to see that too.

Nobody ever said loving a rock star would be easy. 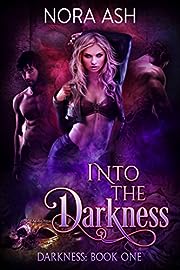 He taught me that there are no such things as heroes.

I thought he saved my life. I thought him a hero, just like every other fawning human in this city. I would have died if it hadn’t been for him.

But the supernatural creature who crept into my apartment later that night to claim his payment is anything but a hero.
He owns me now, and his control over my body is complete.
He demands – I surrender.
It’s for my own protection, he says. I will die without his claim. Someone worse than him will take me. And break me.

Someone like the darkest evil in the city, lurking in the shadows. Waiting to capture his enemy’s new pet for his own perverted pleasures… 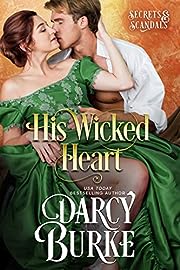 It’s hard to be respectable…

Sinfully seductive Jasper Sinclair, Earl of Saxton, made a bargain with the devil—his father—to marry in one month’s time. But instead of declaring his intentions for an acceptable debutante, he rebels by pursuing a captivating woman who may not be what she seems.

When you’d rather be wicked…

Orphaned seamstress Olivia West wants to lead an honest, respectable life, but the passionately determined Earl of Saxton launches a daunting campaign to make her his mistress. Destitute and desperate, Olivia concocts a scheme to give them both what they want. But when Jasper detects Olivia’s deception, he vows to claim what he’s owed—not his money, her.

Hold Back the Night (A Detective McDaniel Thriller Book 1) 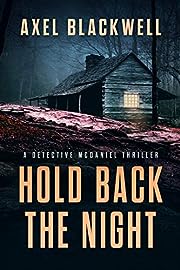 Darren McDaniel has worked dozens of homicides in his years as a detective. It’s a dark and gritty business, and he’s prepared to handle whatever it throws at him. Or so he once believed.

The pre-teen girl is dead, dressed in a white princess gown, lying on a bus stop bench. There’s a steel chain clamped to her ankle. A cryptic message scrawled across the booth’s dusty glass wall may be the only clue.

As McDaniel plunges into the case, he isn’t surprised to discover the girl had been held somewhere horrible before her death. But, his blood chills when the evidence shows she wasn’t alone. Other children were with her. Are they still there? Can McDaniel save them in time?

The detective races against the clock, but the closer he gets, the deadlier the chase becomes. Secrets this dark fight back. When those secrets turn their murderous attention on McDaniel’s family, he faces an impossible decision – let the killer walk free or risk losing his own daughter. 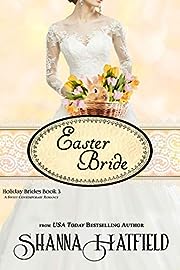 Piper Peterson loves the small community of Holiday, Oregon. She resides there at a beautiful, old farm where she’s surrounded by animals she’s rescued. And she manages the feed store that’s been in her family for more than a hundred years. Despite her contentment with life, her grandfather’s plans to sell the store and farm leave her future up in the air. When a sly matchmaker works to set Grandpa up with the perfect woman, Piper jumps at the chance to lend a hand. But the last thing she expects is to fall in love while helping her grandpa find happiness.

Stuck at a crossroads in his life, Colton Ford can’t decide which direction to head. Then an invitation to stay at his brother’s ranch in Holiday provides an opportunity Colt can’t pass up. He hopes time spent at the Flying B Ranch will help him clear his head and sort out his life. Before long, he finds himself entangled in a matchmaking plot involving his widowed aunt and a charismatic old gent. When he agrees to give the budding romance a nudge, he has no idea the man’s delightful granddaughter will capture his heart.

A heartwarming story filled with country charm, laughter, and hope, Easter Bride is sure to bring readers the joys of budding spring and sweet romance.

Ghost in the Mask (The Ghosts Book 8) 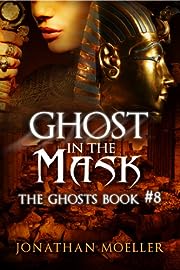 Caina Amalas is a nightfighter of the Ghosts, the spies and assassins of the Emperor of Nighmar, and through cunning and valor she has cast down both proud lords and mighty sorcerers.

But a power darker than any she has ever faced is awakening.

When a mad assassin armed with a sorcerous blade rampages through the Emperor’s capital, Caina must track the weapon to its origin, a ruined city blighted by the folly of sorcerers, a city that holds weapons far more potent than mere blades.

Silk for the Feed Dogs 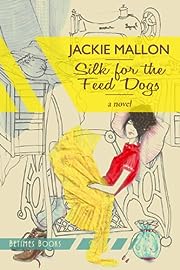 Some will do anything to see her fall…
Kat Connelly, innovative designer and introspective daughter of an Irish farmer, is disappointed with her first job in fashion. She copies catwalk looks for the enigmatic Lynda Wynter, who runs a small label in London and relies on two things to survive: self-medication and cheap Chinese production.
Kat feels the lure of a higher aesthetic beckoning and escapes to Milan.
As Italy’s imminent smoking ban looms darkly over the land, Kat’s personal world lights up: design and beauty are all around, dazzling and seducing, not to mention the overwhelming Italian male libido. She has claimed her slice of the bella vita and with it a sense of belonging she has yearned for since childhood. Of course, the bella vita comes at a price.
When Kat is invited into the impenetrable House of Adriani to design their high-profile collection, she throws a cast-iron hierarchy into turmoil… 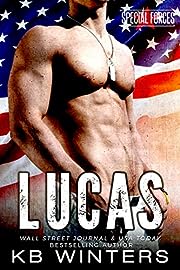 I’m an elite army ranger. I can face down deadly threats without breaking a sweat.

Being a single parent—that’s something else altogether.
I find myself looking for help online, feeling stupid because I’m used to being in control.
I stumble across Isla Jenkins on a parenting board. She’s hot, she’s smart, and she’s single. Just like me, she’s wrangling a kid all by herself.
Maybe it’s crazy, but she’s a shot of sanity in my life.
Just as we start getting close, her ex comes out of nowhere—demanding to see Lily, the daughter he’s never even met.
In a panic, Isla tells him she’s engaged and turns to me for help.
I’m happy to help. I’m also more than happy to make her ex take the hint.
But, I didn’t count on losing control in another way.
This was supposed to be a fake engagement.
Isla’s got me tied up in knots in more way than one.

Bedtime Stories For Kids Ages 6-12: A collection of fun and calming stories for children to fall asleep fast 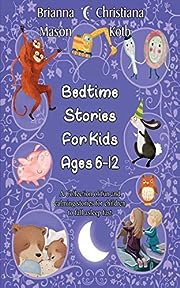 Are you looking for an entertaining book to stimulate your child’s fantasy and calmness?
Is your kid asking for a new bedtime story at night?

If for these questions the answer is yes, you may have found the perfect solution.

This collection is an excellent read if you’re looking for a highly entertaining book for children aged 6-12 filled with fairies, aliens, etc.

These enclosed short stories ?r? tailor made f?r a ?u??k and peaceful bedtime, and characters are located in an enchanted land. 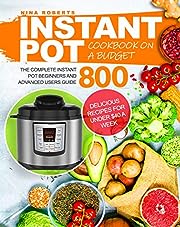 Do you want to make the leap from good to great in your kitchen?

This Instant Pot Cookbook will show you how to make the most of your perfect pot. With these easy and healthy recipes, you can surprise your family, friends and your loved one. 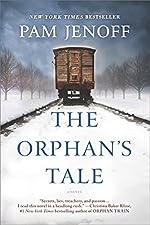 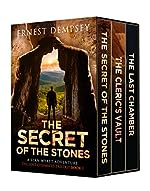 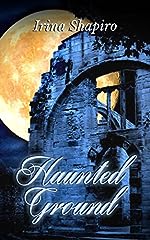 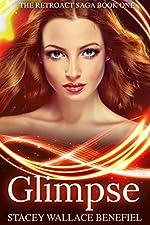 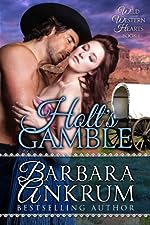 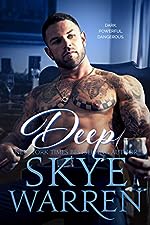 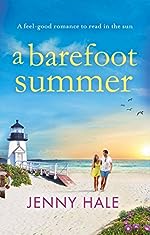 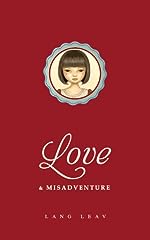