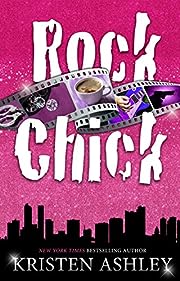 Indy Savage, cop’s daughter, rock chick and used bookstore owner, has been in love with Lee Nightingale, once bad boy, now the man behind Nightingale Investigations, since she was five years old. No matter what ingenious schemes Indy used to capture his attention, Lee never showed an interest and Indy finally gave up. Now Indy’s employee, Rosie, has lost a bag of diamonds and bad guys are shooting at him. When Indy gets involved, Lee is forced to help. Complicting matters, Lee has decided he’s interested, Indy’s decided she’s not. But she can’t seem to keep Lee out of her life when she’s repeatedly stun gunned, kidnapped and there are car bombs exploding (not to mention she’s finding dead bodies).

Indy’s best bet is to solve the mystery of the diamonds before Lee. Lee’s challenge is to keep Indy alive and, at the same time, win back her heart. 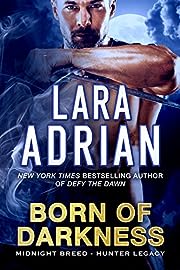 Hunters. The most lethal Breed vampires in existence, and none feared more than Asher. Until a pretty Vegas grifter on the run for her life turns the former assassin’s dark world–and his heart–upside down…

As a former assassin in the Hunter program, Asher is one of a small group of Gen One Breed vampires who survived the horrors of a madman’s laboratory and the cruelty of the training that made him one of the most lethal beings in existence. Now, twenty years after his escape from those hellish origins, Asher is a loner whose heart is as cold as his skills are merciless. But when he thwarts a killing under way in the middle of the desert outside Las Vegas, Asher meets a beautiful woman who draws him into a deadly game against powerful enemies–one that will test both his skills and his tarnished honor.

Naomi Fallon is used to getting out of dicey situations. Orphaned as a child after her mother’s murder, she didn’t survive twenty-six years on the street without using up most of her nine lives. But when her latest caper lands her in the Mojave against a Vegas gangster’s henchmen, she’s certain her number is up. Then he appears–immense, brutal, and far from human. Naomi’s never needed anyone’s help, least of all one of the Breed. But after one risk too many, only a man with Asher’s skills can keep her safe. Yet the solitary, seductively handsome vampire has enemies of his own, and a secret that will not only shatter her faith in him but her heart, proving what she’s feared all along–that trust is only an illusion and love may be the sharpest weapon of all. 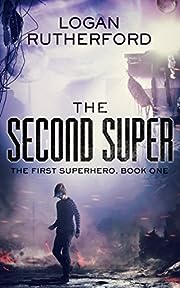 When the first superhuman is a villain, it’s up to the second to become a hero…

Seventeen year old Kane Andrews is just another one of the billions of people on Earth who watch as Richter, the world’s first superhuman, goes on a rampage. All the worlds military cannot stop him, no matter what they throw his way.

Until, with the whole world watching, Kane surprises himself by flying up to catch someone the supervillain has thrown off a building.

The second superhuman is born.

With no idea of the extent or magnitude of his powers, Kane has a long way to go before becoming the first superhero. He must stay one step ahead of both Richter and the rest of the world while he figures out how to take down his nemesis. Time is running out though, and Richter will do whatever it takes to make sure he’s Earth’s only superhuman. 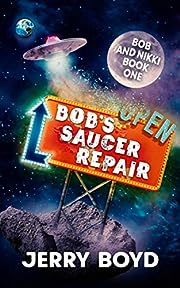 Bob thought he was doing fine on his own. Then the love of his life fell out of the sky. Can he get her back in the air with auto parts and a cutting torch? If he does, will she ever come back?
Nikki took a job before she saw the equipment. Can she keep her passengers alive on a strange planet?
Are the natives friendly?”
John is doing well with his underground medical practice, when his sometime partner Bob calls him with a job. A job that changes everything. 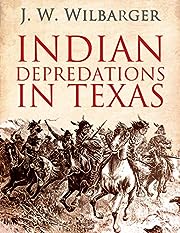 “…The present generation can at best have but a faint idea of the hardships, exposures and perils to which the pioneers of Texas were subjected. For ten years they contended with the Mexican nation on the west and roving bands of fierce savages on the north, when invasion of the frontier might be expected at any time. After annexation, the United States government afforded but poor protection against the Indians, and murders continued until quite recently. As one of the pioneers, I felt impelled to prepare and publish for the benefit of another generation this volume, which shows something of the dangers and difficulties under which the peace that our people now enjoy has been secured.” 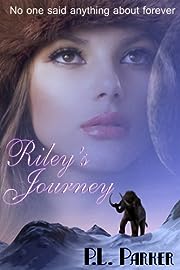 The research project was only for an “extended period.” No one said anything about forever! Deceived and betrayed, Riley is sent back 40,000 years to be the mate of a man she’d never before met. Her journey will take her into a world fraught with dangers—a world made more treacherous by savage beasts, primitive Neanderthals, and the incursion of the aggressive Cro-Magnon man.

Surviving alone for five years in this vast wilderness, Nathan, along with his enormous dog, Demon, carve out a life in the perilous environment. Though thrown together by forces beyond their control, Riley and Nathan nevertheless find love—but can these two lost souls survive against such overwhelming odds?

King of Ithaca (The Adventures of Odysseus Book 1) 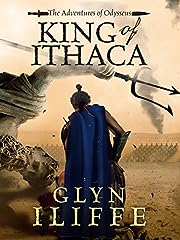 Greece is in turmoil, divided by feuding kingdoms desiring wealth, power… and revenge.

When Eperitus, a young exiled soldier, comes to the aid of a group of warriors in battle, little does he know what’s in store. He is about to join the charismatic Odysseus, Prince of Ithaca, on a vital quest to save his homeland.

Odysseus travels to Sparta to join the most famous heroes in paying suit to the sensuous Helen. Armed with nothing but his wits, he enters a treacherous world of warfare and politics to compete for the greatest prize in Greece.

The Siege of the Supers (The First Superhero Book 2) 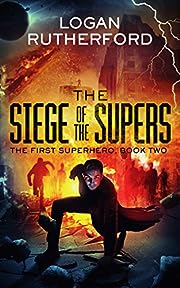 The Siege of the Supers takes place six months after the events of The Second Super.

Kane Andrews – also known as the superhero Tempest – has returned from his absence to a world filled with Supers, and a government that won’t be satisfied until all Supers are eradicated – hero and villain alike.

Kane and his group try their best to stop the evil Supers, but they’re hopelessly outnumbered. And when the evil Supers put in motion a plan that spells disaster for any Super or human that’s not on their side, Kane’s not so sure that he and his people can stop them.

Not only that, but with the government hunting them down, it looks as if Kane may be on the losing side of an oncoming war between the humans, heroes, and villains.

The Arcadian Druid: Age Of Magic – A Kurtherian Gambit Series (Tales of the Feisty Druid Book 1) 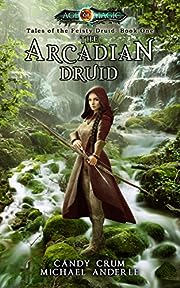 She missed the war, but she’ll be damned if she loses her chance for revenge.
Born an Arcadian, but raised as an exile among the Druids, Arryn has trained hard her whole life to bring justice to the man who destroyed her life.

Some girl from the Boulevard beat her to it…

With Adrien dead, and his ashes scattered to the wind, Arryn can finally return to the city she once called home to learn the truth about her family.

But powerful forces work in the shadows, carrying on Adrien’s evil vision, and threatening to draw Arcadia back into the darkness. 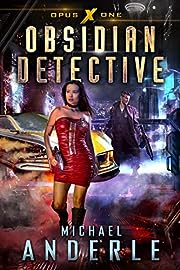 On the fringes of human space, a murder will light a fuse and send two rebels on a planetary scale collision course.

She lives on Earth, where peace is a given. He is on society’s frontier where authority depends on how much firepower you wield. She is from the powerful, the elite. He is with the military.

Both want the truth – but is revealing it good for humanity?

Two years ago, a small moon in a far-off system was set to host the first intergalactic war between humans and an alien race.

It never happened. However, something was found and too many are willing to kill to keep it a secret.

Now, they have killed the wrong people.

How many will need to die to keep the truth hidden?

As many as it takes.

He will have vengeance no matter the cost. She will dig for the truth. No matter how risky.

Go up and click “Buy Now” and prepare for the mystery that determines humanity’s future. 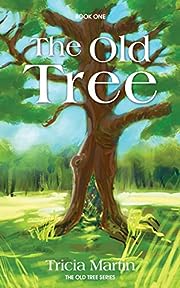 THE ADVENTURE BEGINS
The Old Tree…a doorway to other lands and extraordinary kingdoms…a new powerful friend…a great battle rages.
Mike is bored with his summer vacation and meets a new neighbor, Mari. Together, with a loving and powerful friend, Joshua, they crawl into an extraordinary tree and are surprised when they find the Old Tree is a doorway into a wonderful kingdom. When Mike and Mari return home, they discover a terrible battle raging. They must join their friend Joshua in saving their world from their enemy, Sitnaw.

Intermittent Fasting 16/8 For Women: How to Lose Weight while still Enjoying your Favorite Foods. Vegan and Keto Diet, Autophagy, Recipes and 4 Weeks Meal Plan to Burn Fat and Improve your Lifestyle 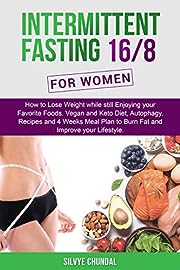 Are You Having a Hard Time Losing Weight?

Get this actionable lose weight tips that work like a charm. Thanks to this wonderful book, Intermittent Fasting 16/8 For Women, understanding weight-loss and finding a way to cooking delicious food is now easier than ever. No matter if you have tried other diets before and regained weight, or if you need to keep up with your job demands – you’ll always find effective recipes to burn fat and improve your lifestyle. We all have issues with weight control, so it’s a great gift for yourself or anyone. 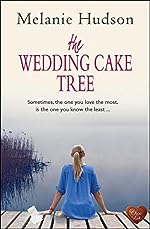 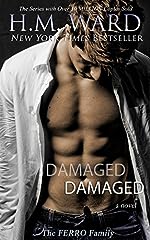 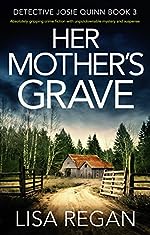 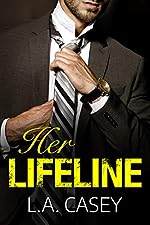 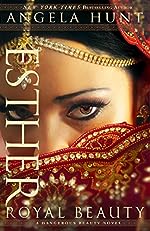 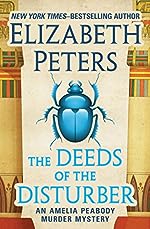 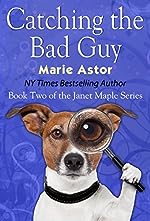 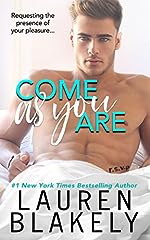 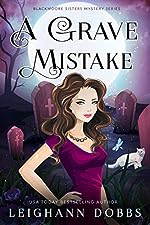 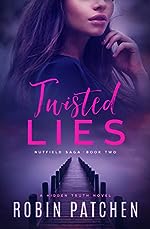 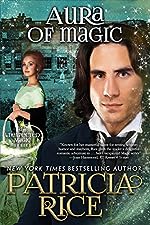