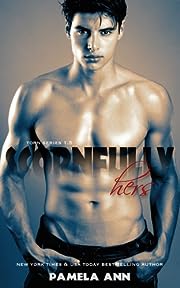 Carter Mason was the playboy soccer stud in their campus. Coming from wealth and good genes, he was used to getting everything he wanted. At a young age, he witnessed how love can become your worst enemy. It was a man’s downfall, an irrevocable poison that will forever haunt you, until you’re out of fight and gasping for your last breath. For years, he thought he was safe, until Emma.

That’s what Carter instantly thought when his eyes landed on Emma Anderson for the very first time. She was a gorgeous woman who wore her sexiness and naïveté with confidence.

Both wanted to enjoy each other without the complications of love and all the drama it came with. But the one thing they both avoided unexpectedly sprouted, causing a rift between them.

Will they make it or break it? 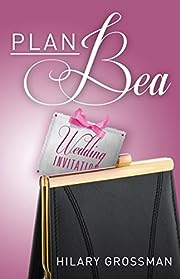 We live our entire lives thinking we know those closest to us. But do we ever really?

On the outside, Annabel O’Conner has it all – the perfect husband, two adorable children, an amazing job, and a mother from hell! Just when she gives up trying to regain her overbearing mother’s love, an unexpected call turns her world around and makes Annabel question everything she believes about her life.

Could falling in love give a cold, stubborn, and selfish woman a second chance to open her heart back up to her family?

Beatrice Buchanan has spent more years than she can remember distancing herself from everyone close to her. She barely has a relationship with her grandchildren. The only time she manages to have a one way conversation with her daughter is during her weekly fifteen-minute commute to the nail salon. When Bea meets Walter on a cruise she realizes there may be more to life than designer clothes, killer handbags, and impressing the ladies at her posh country club.

As the mother and daughter duo team up to plan “Long Island’s wedding of the year” they confront the secrets and lies that have defined them. This humorous emotionally honest women’s contemporary fiction novel will tug at your heartstrings and the twist ending will shock you. 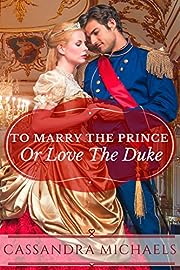 Lucia thought that the worst thing that could ever happen to her was losing her mom. That was before her father remarried. Instead of growing up with a loving mother who believed in nature and beauty, she has been forced to live like an outcast in her own home.

One day when her father makes it clear that he wants her out, she makes herself a promise that she will find someone worthy of marrying. She’s in luck too, because a ball at the palace is due to happen soon, and she knows there will be plenty of men to meet.

On the night of the ball Lucia finds herself getting the attention of the prince himself, but when a devilishly handsome duke catches her eye and they connect, things get thrown into jeopardy. When the prince furthers his attempts to marry Lucia she feels the pressure, but what will she say, when she knows her heart belongs to another? 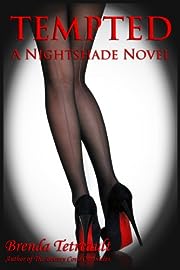 He spotted her in club Nightshade, a beautiful goddess among the mortals, and from that moment on she was his everything. She tempted him. She intrigued him. He wanted her.

Sabrina Donahue knew she was playing with fire from the moment their lips met, but something about Roman Arceneaux made it difficult for her to care.

Sensual and darkly intense, Roman is every woman’s fantasy come to life. One by one, Sabrina’s reservations fall prey to his skilled seduction, leaving her dreaming of a future she never imagined.

When monsters and mayhem intrude upon their lives, Sabrina’s fragile existence is threatened and Roman is left to wonder if their love will survive. 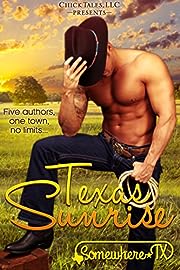 Five Authors, One Town, No Limits…

She’s off-limits and he’s off his game, but together, they could make perfect harmony…

She can heal his broken ribs, but it will take more than medicine to repair her reputation…Things are about to get a whole lot hotter in Texas.

When two people fall for the same cupcake, more than tempers flare…

A chance he’d never thought he’d have comes at a price he never wanted her to pay. 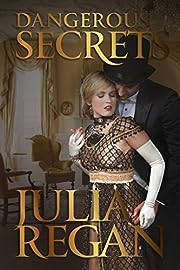 Inspector Logan Tummond has a lot weighing on his mind. When a little boy is killed in ritualistic fashion, Scotland Yard begins to think someone is out to give Jack the Ripper a run for his money as the terror of Victorian London. But when Tummond can’t make sense of the strange symbols associated with the murder, he calls on someone with enough intelligence to put Sherlock Holmes to shame. The only problem? His consultant is a woman. And Logan is in love with her.

Unfortunately, Ruby Waterbrook doesn’t share Tummond’s feelings. She finds excitement in solving mysteries, and she is willing to help Logan with this one – even when the case begins to take a personal turn, calling up dark memories from Logan’s past. Can Ruby help him decipher the odd clues before another child turns up dead? Will Logan’s heart get in the way of solving the case? 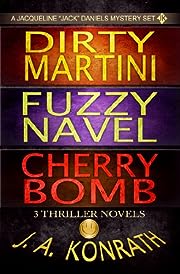 This is a specially priced box set of three novels in the Jack Daniels thriller series (#4, #5, #6).

In Bloody Mary, she busted a psychopath with a penchant for dismemberment.

In Rusty Nail, it was a serial killer with a doozy of a family tree.

And now, in Dirty Martini, Jack faces her toughest adversary yet: a sicko who’s poisoning the city’s food supply. But that’s just the start of what he has planned, because he’s aiming to kill fifty thousand people in the single biggest act of terrorism the US has ever seen. Can she stop him — and decide whether to accept boyfriend Latham’s surprise proposal — without destroying both her reputation and her sanity?

Join Jack, her partner Herb, and her nemesis Harry McGlade, for her fourth, and greatest, case so far.

Things are going well for Lieutenant Jacqueline “Jack” Daniels of the Chicago Police Department. She has solved some of the city’s toughest and most high-profile homicides. Her personal life is finally in order. Her friends and family are safe and happy. And she just got a call that eased her mind like nothing else could: Alex Kork, one of the most dangerous criminals Jack ever arrested, killed herself while in jail.

But things sour quickly when a group of vigilantes on a murderous spree decide to take down a cop and the people she cares about … and they turn downright awful when Jack discovers that Kork may not be dead after all.

Trapped in her house with a psycho and everyone she cares about, and unable to leave because she’s surrounded by snipers, the next eight hours will be the worst of Jack’s life. And that’s saying something.

Fuzzy Navel is Jack’s fifth adventure, perfect for readers who like their mysteries with a shot of humor.

At the end of Fuzzy Navel, J. A. Konrath surprised readers with an agonizing cliffhanger: One of Lieutenant Jacqueline “Jack” Daniels’s loved ones is dead. But who? Readers were left clamoring to know more.

Cherry Bomb, the sixth Jack Daniels mystery, opens at the funeral. While Jack stands graveside, tears in her eyes, her cell phone rings. It’s the killer, escaped maniac Alex Kork, taunting Jack, drawing her ever further into a twisted game of cat and mouse. Because while Alex is more than willing to kill random victims, Jack is her true prey. But which woman wants revenge more?

Cherry Bomb is J. A. Konrath’s most gripping novel of suspense yet—filled with twists and turns that will keep readers on the edge of their seats.

Hiding Out (The Davenport Agency Book 1) 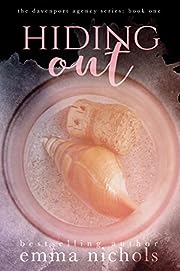 Samuel Davenport runs his family’s New York based advertising agency. His brother, Adam, runs from responsibility and anything remotely boring. And his temp, Haley, runs so she’ll never be caught and hurt again. She moved to the city New Year’s Day to hide and recover, to build a new life far from her past. In an effort to lie low, Haley never expects to be more than a temp. What begins for Sam as an excuse to get to know her better, ends up being an opportunity for advancement and excitement for Haley. When Sam tries to uncover all of Haley’s mysteries, he exposes her hiding place, endangers her life, and threatens to destroy any chance of them ever having a future together. 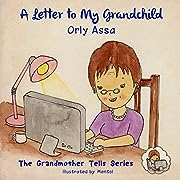 Grandmother Tells is a series of children’s books that are the ultimate response to a young child’s request, “Grandmother, tell me a story!” These children’s Kindle Books feature a grandmother and her loving recollection of her grandchild’s growing-up years, from when he was a new baby and even before he was born, all made alive with lovely illustrations in bright watercolor.

In Grandmother Tells Series, Orly Assa succeeds, through her short stories and poems for kids, in “beautifully and precisely describing the varied emotions that grandparents go through (Amos Halfon, Ph.D. in Educational Psychology, family and couple therapist, and a proud grandfather).

This grandparenting series provides an endless source of warmly shared moments for adults and kids alike. The controlled vocabulary of these children’s books makes reading easy for beginning readers. Whether they are enjoyed in a lap or across the miles, Grandmother Tells early-childhood books make thoughtful gifts for new parents, grandparents, and grandchildren ages 4 and up. These stories for kids are at once a good source of baby shower ideas.

“I wrote you this letter, my dear, before you were even born.”

Thus begins the first book of this grandparenting series, a collection of heartfelt messages of love and that universal longing for a grandchild. Come along and identify with how a grandparent feels as Grandmother shares special memories of her anticipation of her grandchild’s arrival. 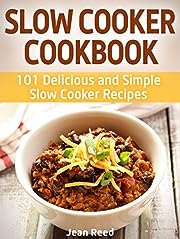 Are you ready to make the most of your time and your slow cooker? 101 Delicious and Simple Slow Cooker Recipes will give the best slow cooker recipes that you can use! You’ll love these recipes so much that you’ll find yourself making larger portions to freeze it for later. We’ve broken this cookbook up into seven chapters!

You’ll also learn how you can save money by using your slow cooker more often. This is the perfect cookbook for people regardless of their skill level in the kitchen! If you’re ready to spend less time in the kitchen and more time eating good food with your family, you need 101 Delicious and Simple Slow Cooker Recipes!

Get ready to wow your family, friends, and coworkers with amazing desserts like slow cooker banana split cake! You’ll have them begging for your recipes. 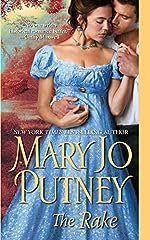 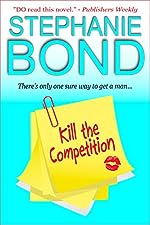 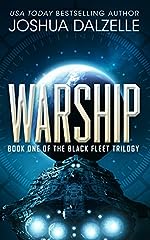 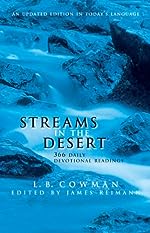 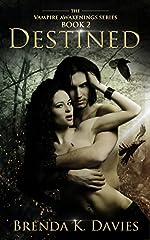 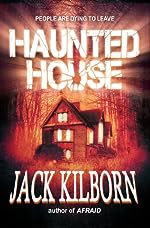 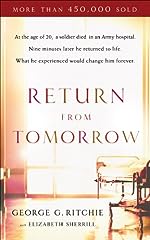 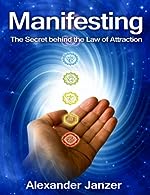 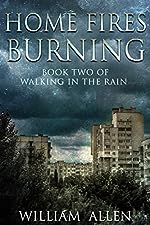 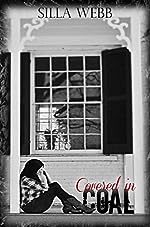 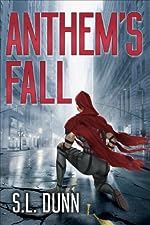 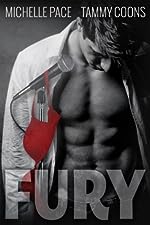 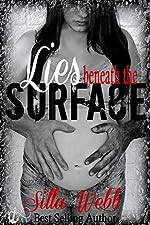 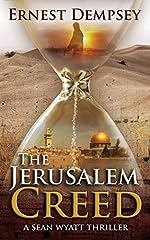 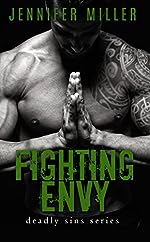 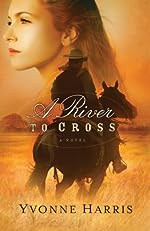