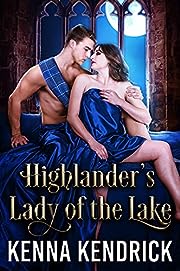 He was planning to use her, but her beauty was the real death trap…

Nimue, daughter of Laird MacLellan, refuses to play the political games of her father. Even though he pushes her into an arranged marriage with an English noble, she is determined to remain loyal to Scotland. But before she finds a way to deter the disgraceful alliance, she becomes the captive of a reckless Highlander.

And although Nimue is tired of being a pawn of powerful men, her handsome kidnapper seems to have great plans for her.

Laird Chrisdean Macintosh is desperate to save his clan from extinction. By abducting and marrying MacLellan’s daughter, he will gain the influence to unite the Highlands against the English.

What he doesn’t expect is to fall hard for his alluring captive. But how can he make the woman he took by force willing to stay with him?

Now, Chrisdean has to prove that he is not a beast, while Nimue struggles to understand the man who has trapped her into another unwanted marriage.

But her father and her notorious betrothed have unleashed hell to find them. And the time for romance is running out… 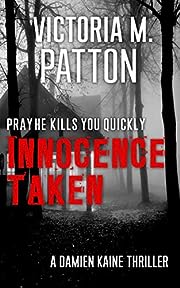 Two dead girls, another one missing, and a secret that will rip a tight-knit community apart…
When a missing teen’s body shows up dismembered on the side of the road, Lt. Damien Kaine must crush her parent’s hopes of her safe return. The parents are pushing for details and answers. Two things he can’t give. The abduction of a second girl brings only one clue. The girls look alike.

As Damien searches for a sadistic killer, a disturbing pattern emerges. The more he digs into the community’s history, the more missing girls he finds.

With the lack of evidence or movement forward on the case, a quirky FBI profiler is pulled in to assist with the investigation. Damien wrestles with disdain for the agent and an equally strong sexual attraction to her, as he deals with mounting frustrations.

Tensions rise with the abduction of another girl. Damien and his team are in a race against time to save her. But the case is about to take a frightful turn. What they uncover will not only rock them to their core, it will haunt them forever. 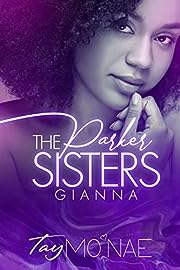 What started as a night out, letting her hair down, turned into a night Gianna would never forget.
The moment she saved his life, she felt a connection with him.
But when bad news hits her family, she might push away her future before it begins.
Take a ride with the baby of the Parker sisters and see how one night changed her whole life. 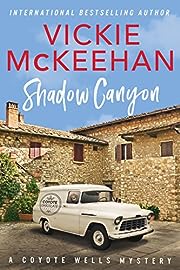 Cozy mystery with a side of chocolate.

Exhausted from dealing with the annual Sun Bringer Festival, Gemma Channing and her ex, Lando Bonner, are hanging out at the beach, trying to recover from the three-day event when her longtime nemesis is found dead on the sand dunes. As rumors grow about Mallory’s demise, many in Coyote Wells feel like Gemma is responsible.

Determined to find out who did it, Gemma goes into overdrive to find the real killer. With the help of Lando and her friends, they dig deeper into Mallory’s past, hoping to uncover all of her secrets. But they get more than they bargained for when the tables turn. The new theory brings a longtime mystery to the forefront, one that’s been hanging around for three decades…unsolved. What does it mean for the people in Coyote Wells when the secret’s uncovered? And will Gemma be able to figure things out before anyone else dies? 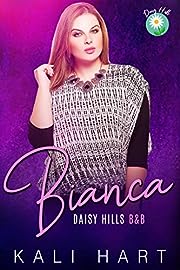 My sisters and I have many collective rules as the owners of the B&B.
The most important: don’t fraternize with guests.
But when historian Jeremy Lanaster checks in, I’m not so sure I can abide by that rule.
I’m a sucker for a history buff.
And I do mean buff in every sense of the word.
When I catch him poking around the attic, I don’t have the good sense to be suspicious.
Those lips can make a girl forget her name.
Trying to keep our attraction under the radar from my sisters, I agree to help him with his research project.
But Jeremy’s keeping a secret.
One I need to get to the bottom of if I have any hope of protecting my heart.

I’m a treasure hunter.
I often travel under the guise of something else.
In Daisy Hills, I’m a historian.
I’m after a rare necklace my great, great grandfather gifted a woman he never married.
One that was last seen in the very house that is now the Daisy Hills B&B.
That a curvy beauty is waiting for me at the check-in counter is only an added bonus.
The attraction is undeniable, but I don’t do relationships.
I’m never in one place long enough.
When Bianca catches me snooping in the attic, distracting her backfires.
I want her, and not just for the few days I’m in town.
But if she discovers what I’m really after, it might ruin everything between us.
I have to decide which treasure is more important: the necklace or Bianca. 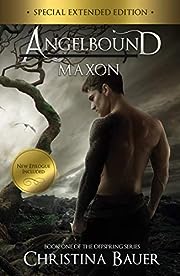 Prince Maxon may be twenty-two years old now, but he’s still haunted by his boyhood abduction and torture in Hell. To deal with his past, Maxon limits his present-day activities to killing demons and seducing women. No long-term relationships. No combat too dangerous. No problem, right?

Maxon’s life has stalled out. The old thrills aren’t there anymore, either on the battlefield or in the bedroom. While staking out his next fight, Maxon meets what seems like just another girl after a good time. What he gets is a close encounter with Lianna, a lady warrior with ties to the mysterious elemental rulers called the monarkki.

Trouble is, Lianna’s running from a dark history of her own, and her elemental enemies are closing in. When Lianna gets taken, Maxon realizes that after years of wrong choices and dead ends, the right woman is worth risking it all… 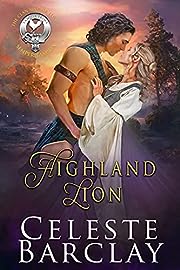 A warrior determined to step out of his family’s shadow…

Liam Mackay journeys to Orkney to oversee the transfer of control from the Norwegian king to his grandfather, Laird Liam Sinclair, Earl of Caithness. Honored with the mission from his namesake, Liam is determined to prove to his parents, Tristan and Mairghread Mackay, he is no longer the “wee” lad they think. No one in the Sinclair or Mackay clans believed the transition would be smooth, but Liam never imagined he’d be caught in the midst of a woman’s perilous attempt to escape being ripped from her homeland.

A farmer’s daughter determined to control her future…

Elene Isbister never imagined her mother would remarry, especially not to the brutal Norwegian trader who visited their home on Orkney. Elene understands her fate if she’s forced to follow her mother and stepfather to Norway. Desperate to flee with her younger siblings, Elene turns to the one man she believes can save them. With rescue in sight, Elene believes she’s found a path to a peaceful future, but she underestimates how her life will change living amongst Highlanders.

With an ever-present danger, can Liam and Elene overcome their cultural differences to nurture their budding relationship? 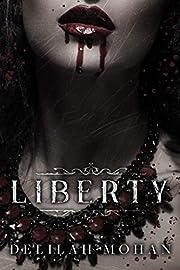 Three facts I’ve learned over the last twenty-four hours:
1.There is always a catch when inheriting a property from a long lost relative.
2.Mixing cat food into the perfect paste will trigger even the strongest gag reflexes.
3.Vampires are real.

I know what you’re thinking, but I’m not crazy. Yesterday, I woke up just an artist. Today, I have a harem of hot males trailing behind me with protective instinct that would rival the CIAs. Males? I mean vampires. Hot, sulky, stubborn, sarcastic vampires to be precise. It seems like every woman’s dream, right? But, I can’t even enjoy it. I’m being hunted by an ancient witch with a bloodline vendetta who would like nothing more than to see me dead. Our only option? To kill her first.

Lord of Hearts (Lords of the Borders Book 1) 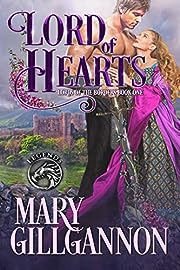 When Marared’s chieftain father decides to marry her off to Gerard of Malmsbury, she is furious and vows to thwart her father’s plan of forming an alliance with the hated English. Gerard is shocked by his bride’s fiery, combative nature, but also determined to hold on to his rich prize. Not only does the marriage secure his hold on Tangwyl Castle, it elevates him to the status of baron, an unlikely honor for a man born a bastard.

Gerard hopes to win over his hostile new wife with kindness and consideration, but Marared does not give in easily. Even as the attraction between them builds to shimmering passion, she stubbornly continues to plot to end the marriage. Gradually Marared comes to realize that Gerard is her love and her destiny, but it may be too late. Her scheming has entangled them both in deadly Welsh politics. Not only does it appear their marriage is doomed, but both their lives are in peril.

Oliver and the Wishing Star 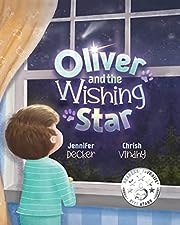 HAVE YOU EVER WISHED UPON A STAR?

What did you wish for? In this unforgettable story, Oliver thinks dogs have the good life until one evening when he sees a falling star, makes a wish to become a dog…and that wish magically comes true! At first, he’s on Cloud 9, but soon things take an unexpected turn, and Oliver begins to miss the old life he once had. Will Oliver ever make it home, or is he destined to remain a dog forever? 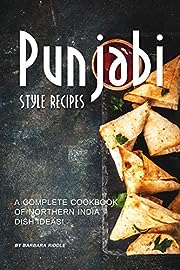 Have you ever visited the northern region of India, known as Punjab? Or perhaps you’ve enjoyed dishes at restaurants who prepare food in the traditional Punjabi way?

Most people are hooked once they get a taste of Punjabi cooking, and you’ll be happy to be able to recreate the wonderful dishes using the helpful recipes in this book.

What may first surprise you about Punjabi food is the variety of dishes made. For meat lovers, there is Amritsari Machchi (fish with seasoned breading), Tandoori Chicken, Bhuna Gosht (spiced mutton) and Butter Chicken, among others.

Are you a vegetarian? There are many dishes you will enjoy, too like Dal Makhni (black lentil dal), Chole Bhature (chick pea curry and flatbread) and Sarson ka Saag (vegetarian greens & spices), and more. The lush fields of the Punjab region offer many ingredients to traditional dishes. The food of Punjabis is much like the people themselves – robust, rich and full of life. Tandoori food in its most authentic form comes from Punjab today.

Even though there are five rivers in the region, Punjabi dishes don’t include much seafood. They do consume a great deal of milk. They also specialize in many kinds of tasty breads, since their region produces a lot of wheat. 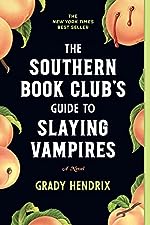 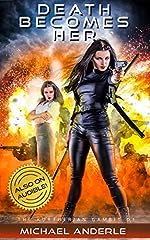 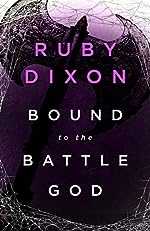 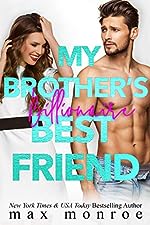 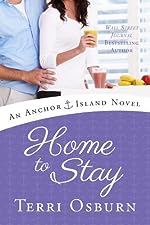 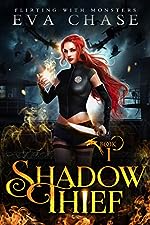