The Legacy (The Darkness Within Saga Book 1) 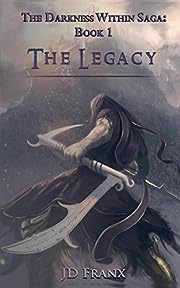 DeathWizards have been the scourge of Talohna for over 5000 years; they are executed at birth or hunted to the death. There are no exceptions.

Pulled by magic and blood sacrifice into a world he can’t possibly begin to understand, Kael Symes soon finds himself the focus of a Talohna-wide manhunt.

Desperate and trying to stay ahead of ArchWizard Giddeon Zirakus’s execution squad, Kael soon discovers that Talohna’s ArchWizard may be the least of his worries. An ancient witch coven is also on the hunt for Kael, and they’ll stop at nothing to find their messiah first.

Trapped far below the earth inside the long-lost Dwarven prison of Arkum Zul, Kael has few allies he can trust. After months of torture and suffering, he is quickly running out of time to recover what was stolen from him: The magic of the DeathWizard.

It’s his only hope for escape. 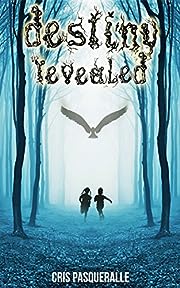 On the day of their thirteenth birthdays, twins Jack and Maddie Austin receive a special gift from their wizard relative Uncle Benny: two necklaces, along with a note shrouded in secrecy. The celebration is interrupted by three intruders, led by the evil being Tardon, who kidnaps the twin’s parents. Uncle Benny manages to escape with the twins and later, reveals the truth behind both their gifts and identities: that Jack and Maddie are powerful wizards from the magical realm. Now, faced with the decision of a lifetime, they must return to that realm, rescue their parents and save all the realms from imminent doom. 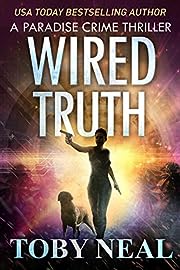 Paradise hides a master thief.
What if diamonds aren’t a girl’s best friend?

A heist at a high-end auction house sends tech specialist Sophie on a new case hunting down a thief whose skills match her own. Even as she chases a cache of precious gems, events begun in a distant land threaten the fragile happiness Sophie’s building—and an enigmatic new partner brings challenges close to home, luring Sophie into the world of vigilante justice.

Blood of the Lost (The Darkness Within Saga Book 2) 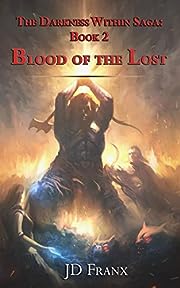 Few people survive the suffering that Kael Symes has experienced. Hot steel, demonic magic, and the loss of those he loves.

After escaping the horrors of Arkum Zul, Kael and his companions survive a terror-filled night on the ocean only to find themselves shipwrecked and stranded in the Wildlands. With forest tribals on the warpath and old enemies roaming the forest, Kael struggles to come to terms with what he is slowly becoming—a killer. A DeathWizard.

In the fight against the evil that threatens to consume him, Kael learns that the Dwarven Mountains far to the north may hide an ancient monolith that holds the answer to the corruption that flows in his veins.

But trekking across Talohna is a dangerous prospect. It is a world that holds its secrets close. The cost of uncovering them may very well be his soul and quite possibly his life. 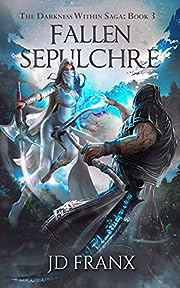 Threatened by an Elloryan invasion reinforced by the Ancients, the sanctuary Ember and Max sought in DormaSai after Kael’s burial is at its end. A civil war rages in Cethos, and the threat of Wildland tribal attacks in the Blood Kingoms is imminent. They can offer no help to their Southern neighbors, leaving DormaSai as all that stands in the Ancients’ way. When the peace conclave crumbles and the Ancients are forced from DormaSai by unexpected allies, Ember and Max turn their attention to preparing for the Ancients’ inevitable return.
One year after Kael’s death, the Ancients return for the Human Animus seal, and with them, comes the full might of Emperor Mero’s Elloryan military machine. On the dawn of war, startling information from the North reaches the DormaSai military camp as King Kohl’s spies return from Corynth. They bring tales of a DeathWizard restoring the rightful Bale heir to the Cesthosian throne and freeing Talohna’s only ArchWizard from the clutches of the DragonKin.
Ember, Max, and Yrlissa are convinced that only one DeathWizard would have cause to do either—Kael.
As war with Ellorya erupts, their hope that Kael is somehow back from the dead must be set aside. The war that all of Talohna has dreaded for so long is about to begin, and hope is a rare commodity during any war. 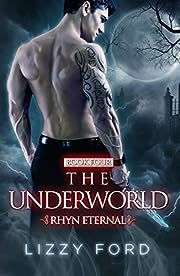 The time has come for Gabriel to claim his underworld. Accompanied by the deceptive Dark One, he risks everything to find his mate and take his place as the deity Death.

Between him and the only woman he’s ever loved: a handful of rebelling death dealers, the deity Karma and the Dark One’s mate, a human-turned-demon who holds his soul in the palm of her hand.

Time is running out, and Gabriel has one chance to make things right, even if it means letting go of the last part of him that’s human. 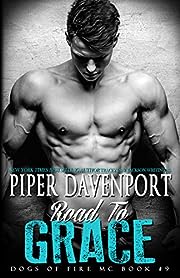 Grace Lundy’s life has been tainted with horror and tragedy. She’s spent the past ten years building a fortress around her heart to avoid more pain. In the process, she’s managed to push away those closest to her, but the time has come for them to push back.

Billy “Flea” Jameson lives his life as a faithful soldier in the Dogs of Fire MC, free of commitment and drama…until Grace comes home from college. The sexy as sin woman who walks into the clubhouse isn’t the young girl who left for school, and her appearance promises an end to his commitment-free life.

But trouble brews when an innocent man is sent to prison and a rival club vies for territory.

As Flea works with his brothers to protect the club, can he keep Grace from being caught in the crossfire?

Reluctant to Love: A Secret Baby Romance (Written in the Stars Book 1) 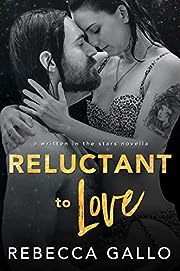 I don’t believe in love, fate, or second chances. But Roderick Payne just might make me a believer.
Years ago, his stunning betrayal shattered my heart.
Unexpectedly, he comes to my rescue, leaving me no choice but to accept the help he’s offered.
When we’re forced to share a room, more than just secrets are revealed in the dark. Old flames reignite and scars finally heal. But even after truths are told, there is still one more secret I have to reveal that could ruin any chance of reconciliation.

All We Were (Ex-Factor Duet Book 1) 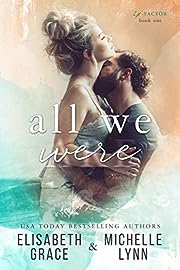 Will I ever stop hurting the one person who’s never hurt me?

I’ve done things I can never undo.
No matter how much I wish I could, sometimes the wounds I inflict are too deep, too catastrophic, too septic to heal.
As I look into the eyes of the only man I’ve ever loved I know I’ve gone too far. I’ve finally crossed the line.
Even if he knew my reason for doing this, he’d never forgive me.
He always puts my needs before his own.
Now it’s my turn to protect him.
None of that matters though because the betrayal and disgust in his eyes comes from deep within his soul. There’s no coming back from this.
He will forever be tormented by what he’s seen, and he will never forgive me.
The last fragment of my heart to hold out hope that we’d share a future, withers and dies. 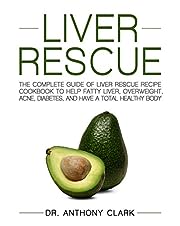 Would you like to eat scrumptious meals and cleanse your liver problems simultaneously? A healthy liver is essential for a healthy life! And your main weapon to clean your liver is the food you put inside your body. Having a diet geared for you is one of the most effective ways to cure fatty liver and other liver problems. And in this book, you will discover the natural cure to fatty liver and proven procedures to help reverse and prevent liver problems permanently. 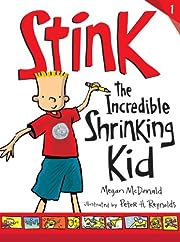 In honor of Judy Moody’s younger “bother,” the creators of the award-winning series have put themselves in a very Stink-y mood.

Every morning, Judy Moody measures Stink and it’s always the same: three feet, eight inches tall. Stink feels like even the class newt is growing faster than he is. Then, one day, the ruler reads — can it be? — three feet, seven and three quarters inches! Is Stink shrinking? He tries everything to look like he’s growing, but wearing up-and-down stripes and spiking his hair aren’t fooling anyone into thinking he’s taller. If only he could ask James Madison — Stink’s hero, and the shortest person ever to serve as President of the United States.

In Stink’s first solo adventure, his special style comes through loud and strong — enhanced by a series of comic strips, drawn by Stink himself, which are sprinkled throughout the book. From “The Adventures of Stink in SHRINK MONSTER” to “The Adventures of Stink in NEWT IN SHINING ARMOR,” these very funny, homespun sagas reflect the familiar voice of a kid who pictures himself with super powers to deal with the travails of everyday life — including the occasional teasing of a bossy big sister! 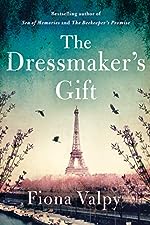 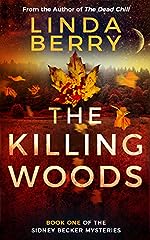 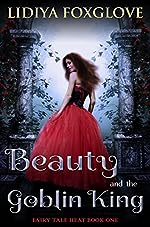 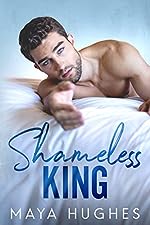 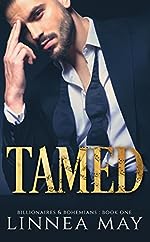 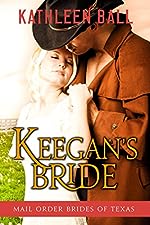 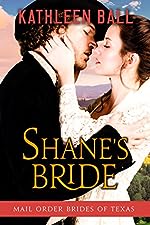 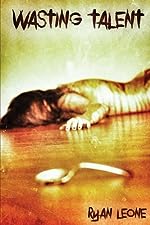 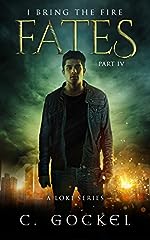 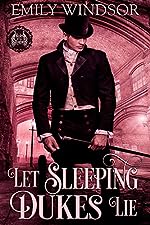 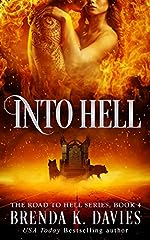 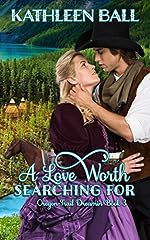 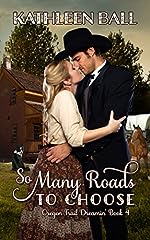 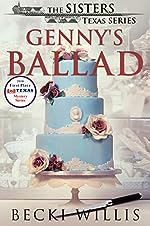