Tempted By Her Boss (The Renaldis Book 1) 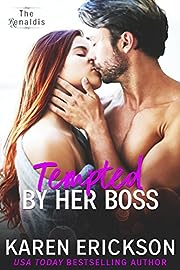 Paige Stewart loves her job. Nannying for little Matty is a pleasure.

But she wants more.

She wants the kind of pleasure that’s found in her boss Matteo’s master bedroom.

Matteo Renaldi knows it’s wrong to lust after his nanny. She’s too sweet for him, too pure. Too young.

But he can’t help himself.

The whispers start as soon as they get to his family home in Italy. But then, so does falling in love with her. And when one particularly ugly story blows up in their faces, their reputations might escape unscathed, but their hearts may not… 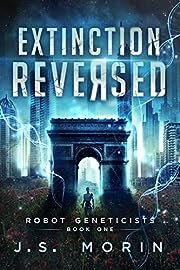 These days, even the humans are built by robots.

Charlie7 is the progenitor of a mechanical race he built from the ashes of a dead world—Earth. He is a robot of leisure and idle political meddling—a retirement well-earned. Or he was, until a human girl named Eve was dropped in his lap.

Geneticists have restored Earth’s biome and begun repopulation. But primate cloning is in its infancy; human cloning is banned.

Far from a failed genetics experiment, Eve is brilliant, curious, and heartbreakingly naïve about her species’ history. But Eve’s creator wants her back and has a gruesome fate planned for her. There is only one robot qualified to protect her. For the first time in a thousand years, Charlie7 has a human race to protect.

Extinction Reversed is the first book in the Robot Geneticists series. For fans of old-school science fiction where robots are people and any problem can be solved (or created) with enough scientists. If you’ve ever wondered what the world would be like if scientists who’d read I, Robot created a race of robots, or if you ever wondered what might be more dangerous to clone than dinosaurs, this is the series for you. 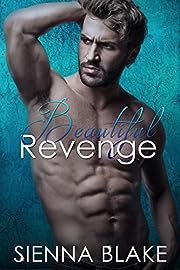 Five years ago, I made a mistake. A big one. One that cost me the only man I will ever love.

Now in the lonely moors of north England, I live with my cold, cruel husband. My only friend is his daughter from a previous marriage. At least I didn’t starve to death during the bitter Russian winter.

When my husband arranges for a potential investor to stay with us, a mysterious self-made millionaire by the name of Mr. Wolf, imagine my shock when he walks in…

Until the love of my life broke me.

But as my eyes rest upon her, I don’t expect to be smacked in the gut with these unwanted feelings. To remember the taste of her lips, the feel of her skin.

I will possess her.

I will consume her.

I will have my revenge. 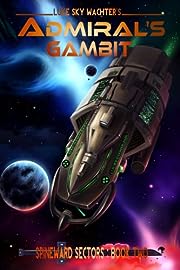 When he set course for ‘civilized space,’ Jason Montagne thought he’d finally be able to take a deep breath and hand off sole responsibility for patrolling the border of known Space to the ‘real’ Confederation fleet. Unfortunately, things ‘back home’ in Sector 25 were in even more turmoil than he could have possibly imagined.

When an old friend of the family is caught red-handed in the act of piracy at Easy Haven, and is armed with a ship that outclasses Jason’s Lucky Clover by every measure except sheer bulk and ability to absorb damage, the Little Admiral is faced with a choice that could have consequences felt throughout the Spine.

The continuing Bug Menace hangs over the Tracto System like a genocidal plague, and piracy is on the rise as news of the Imperial withdrawal spreads like wildfire among the eight Confederate sectors which make up Admiral Montagne’s neck of the woods.

With the border going up in flames, Jason and the crew of the Lucky Clover will have to deal with a whole host of new problems including slipping morale, ingenious pirates, backstabbing cousins, a family reunion you wouldn’t believe, and the loss of those the Little Admiral has come to rely upon most.

If he does, it will be forever remembered as the Admiral’s Gambit. 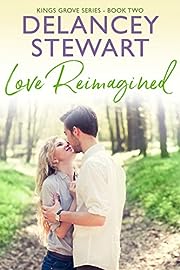 Sometimes finding the future you want means embracing the past…

Sam and Chance Palmer are both tall and dark, and look pretty damned good with a hammer hanging their tool belts as they run their construction business in the small mountain town of Kings Grove. But when it comes to the hottest eligible bachelors in town, Miranda George only has eyes for one of them. Chance–the one who won’t even look her way unless it’s because she’s just spilled something on him or tripped directly into his path.

And while Miranda George has always had the hots for Chance Palmer, Sam has spent years trying to ignore his feelings for her. The problem is that they’ve known each other much too long, and Sam can’t seem to repress his A-hole gene when she’s around. He’s given Miranda every reason to hate him, so why would he ever hope she might love him instead?
When a backcountry wildfire threatens everything and everyone they both love, will Miranda and Sam be able to look beyond their complicated past and see a future that might bring them together? 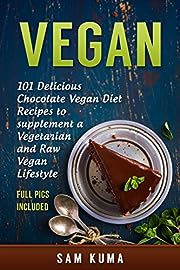 101 Delicious Chocolate Vegan Diet Recipes to supplement a Vegetarian and Raw Vegan Lifestyle
Are you a vegan who loves chocolate? Or just a lover of chocolate but wants to eat healthier?

Here are the highlights of this vegan cookbook:

Why is this book special?

What Customers Say About This Book:

“If you think vegan chocolate recipes are boring, how about an Oreo blizzard? Oh – and speaking of oreos, while that brand is vegan, why not make your own? It’s in there! You can even have chocolate for breakfast! I mean, it IS one of the major food groups, right? Most of the recipes consisted of things I already have in the pantry or are easily sourced. They seem easy to follow and a few have only 3 ingredients. Read that as something easy you can make when you are having a chocolate withdrawal that doesn’t require getting out of your bunny slippers for a run to the store. I just had to try the 3 ingredient brownies – and they were delicious!” – Alicia Taylor

“I am so happy to have found this cookbook! I have a major sweet tooth, but because of my digestive issues, I can to be on a semi strict diet to feel good, and one of those food groups eliminated is chocolate. This book gives you recipes for clean desserts that you can enjoy if you can’t have dairy or gluten.” – Xtine 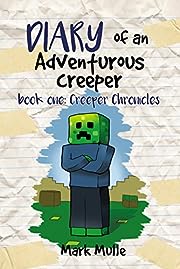 Brace yourselves as your world gets filled with lots of fun and excitement as you join Carl the Creeper in his quest to find his family!

Being alone in a world where everybody has friends and family is one of the worst things that could ever happen to someone. This is exactly what Carl the Minecraft Creeper is going through right now. He never had a family, or a friend. The worst thing is, everyone in his place seemed to have not liked him either.

What if, there’s something Carl could do to get himself a family? It surely wouldn’t be an easy mission. But, is Carl brave enough to take the risks? And is he willing enough to do anything he needs to do to get his wish granted? What are the adventures that await him?

This story about friendship, family and adventure is brought to you by Mark Mulle, one of Amazon’s best-selling authors.

Grab this Minecraft book now and enter the enchanting world of Minecraft® with Carl and the rest of the gang! Creeper Chronicles is a story that follows the budding of friendships and explores the rewards of courage, honesty and perseverance. 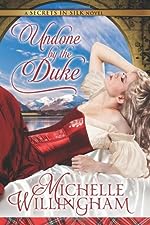 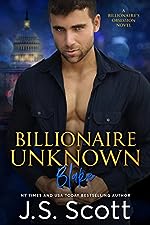 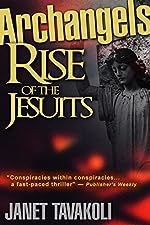