Always With Me (Whisper Lake Book 1) 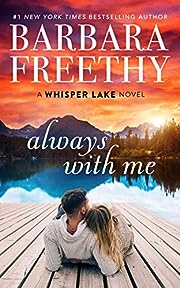 After her third broken engagement, Gianna Campbell comes home to help with the family business and to heal her heart, only to realize that she has become the town joke—dubbed the runaway fiancée. If that wasn’t bad enough, who should show up in town but her former crush Zach Barrington, a man who has other reasons to hate her.

Zach returns to Whisper Lake not only for a job opportunity but also for a chance at personal redemption. The last person he wants to see is Gianna, who once got him kicked out of the only place that made him feel whole. But when an accident sends her into the lake, their first face-to-face meeting in years leaves them both breathless.

And suddenly the past feels a lot closer…

Zach and Gianna back away as fast as they come together, both wary of more danger to their damaged hearts. But their search for a truth leads them to surprising secrets, life-changing revelations, heartbreaking emotion, and the chance for a love more powerful than they ever imagined. Can they trust each other the second time around?

By L A Cotton / Genre: Coming of Age, Genre Fiction 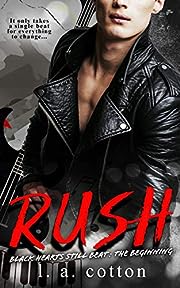 The sweetheart of Country is about to show the bad boys of Rock, it only takes a single beat for everything to change.

Evangeline Walker knows how quickly everything can change.

But nothing can prepare her for the moment she meets Rafe Hunter.

Those aren’t the reasons Eva should stay away from him though.

The fact he’s the bassist for America’s hottest rock band is the reason she should run and never look back.

Everyone knows the greatest love stories all start somewhere.

… this is their beginning.

Once upon a Mulberry Field 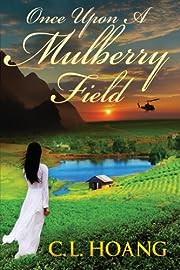 As Roger Connors, a widower with no children, ponders whether to pursue aggressive treatment for his cancer, a cryptic note arrives from a long-lost USAF buddy announcing the visit of an acquaintance from Vietnam. The startling news resurrects ghosts of fallen comrades and haunting memories of the great love he once knew.
Shocking revelations from his visitor uncover a missing part of Roger’s life he never dreamed possible. Peeling back one layer at a time, he delves into a decades-old secret in search of answers and traces of a passion unfulfilled.
From the jungles of Vietnam through the minefields of the heart, “Once upon a Mulberry Field” follows one man’s journey to self-discovery, fraught with disillusionment and despair but ultimately redeemed by the power of love.

Death Will Get You Sober (Bruce Kohler Mysteries Book 1) 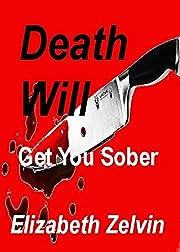 When Bruce Kohler wakes up in detox on the Bowery on Christmas Day, he knows he has to change his life or die. The death of a detox buddy, a burnt-out Park Avenue aristocrat with some nasty secrets, gives Bruce a chance to do something that matters–don’t drink, go to meetings, and investigate a murder–and earn back the trust of his two best friends. 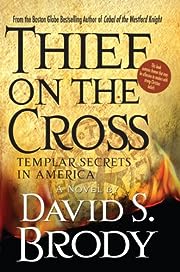 The answers place historian Cameron Thorne at the dangerous intersection of secret American history and modern geopolitical intrigue. Following clues contained in ancient American artifacts and medieval European masterpieces, Cameron and his fiancée Amanda Spencer race to uncover the true secrets of early Christianity before a splinter group of religious zealots can silence them forever.

Based on actual historical artifacts, and illustrated.

Rescued by an Earl (The Duke’s Daughters Book 3) 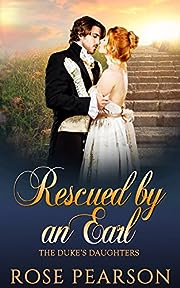 Jacintha Seaworth is wise, complex and watchful. A beautiful woman, she nevertheless prefers to sit out from the dances, preferring to watch people and their interactions.

She really couldn’t have chosen a childhood friend more different from her than Henry Musgrave, brother to family friend Claudia, and quite a social ladies’ man.

Now that Jacintha is the next daughter in line to fulfill her father’s wishes of seeing all of his daughters married before his illness takes him, it’s time for her to grow up and actually evaluate her feelings for Henry.

It’s true that Alexander Slate, naval captain and Earl of Highbury, is a much more suitable match, but Jacintha will never be able to deny that there is something there inside of her for Henry. For all his shortcomings, maybe, just maybe, he could become a changed man.

If only the path to love for at least one of the Seaworth daughters could be free of doubt or worry.
Somehow, it doesn’t even look like sweet and kind hearted Jacintha will be spared a dramatic and harrowing road to love.

A story of unexpected love against all odds in the world of Regency era England. “Rescued by an Earl” is the third book of the Duke’s Daughters Series by Rose Pearson. Each book can be treated as its own standalone romance story, and cliffhanger endings are always strictly avoided. 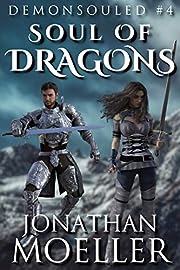 MAZAEL CRAVENLOCK stands victorious over all his foes, and wishes nothing more than to live quietly in peace, overseeing his lands. Yet a relic of the ancient world, a thing of black sorcery, has been unearthed, a weapon that threatens to turn the Grim Marches to a realm of corpses.

ROMARIA GREENSHIELD has mastered herself at last, the human and Elderborn halves of her soul in harmony. Free from her past, she travels north to start a new life in the Grim Marches.

LUCAN MANDRAGON is trapped in the netherworld between life and death, imprisoned by his own folly. Haunted by visions of his mistakes, tormented by memories of his past, Lucan finds himself the prey of a spirit both mighty and corrupt.

And the price to escape might consume all he has left…

CORVAD burns with the blood and power of the Demonsouled. He will take up the sword of the Destroyer, and throw down the realms of men.

And once he claims the ancient relic for himself, all the world shall be his…

MOLLY has lost everything she holds dear, and has no reason left to live.

There is only one cure for her loss, one vengeance she can take for her pain. 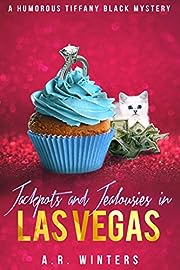 Roger Owen’s business isn’t doing well, and when he takes his wife and son to glitzy, glamorous Las Vegas for some quality family vacation time, he brings along a surprising +1: his mistress!

“Winters will have you giggling into your book!”

Life seems to pick up for Roger when he wins a huge jackpot… until someone gleefully kills him on the casino floor.

Caught in the hot seat as suspect number one, Roger’s wife Wendy hires Tiffany and Ian to clear her name and to solve the mystery of who really killed Roger Owen—even though it may very well be black widow Wendy!

Or was it his mistress, Mona, come to exact revenge for playing second fiddle so many years? Was it his son, Aaron, tired of his dad’s philandering and ready to inherit those big bucks? Could it have been Roger’s business partner, eager to take over the company and purge it of potential scandals?

Fingers fly in every direction with blame and accusation, and it’s up to Tiffany and Ian—with some assistance from little Snowflake and Nanna, of course—to unravel the tangled webs and shed some light on the truth. 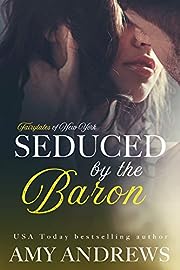 Once upon a time, Faith Sullivan dreamed of being a famous painter who lived in an apartment overlooking Central Park. Unfortunately, life had other ideas…

At 26, Faith’s still running, working and living at Sully’s, her family’s traditional Irish pub in Brooklyn with her stubborn, ailing father. And she was perfectly fine with her lot until suddenly her three best friends each found their prince, and her own happily ever after seemed like another dream lost. Until one day a long, tall Australian walks into her bar and her loved-up besties decided to play Fairy Godmothers.

Ex pro-surfer turned beer baron, Rafael Quartermaine is in New York for a month on business. He’s looking for a pub to launch Baron lager on the American market and Sully’s is perfect. All he has to do is convince Faith, the traditionalist, to say yes. And once he’s done that, maybe he can convince her that all work and no play makes Faith a dull girl.

Faith’s connection to her family and Sully’s is absolute, and Raf’s business drive and itchy feet aren’t conducive to long term, so it should be an easy break when duty calls Faith back into the fold on the evening of the ball. But running out on the baron is harder than she ever imagined… Will their fling sizzle out, or become something more? 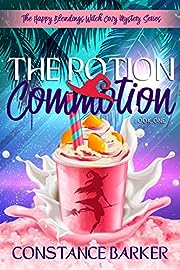 How did a water witch drown? Good question.

Goodsprings Georgia is home to a secret witch’s coven. Sam, earth witch, owns the local smoothie shop. She likes to put a little magic in her brew and she can cure most ailments with her smoothie potions. Her one employee, David aka Tank, has tattoos out the ying yang and a Harley in the parking lot. Regular customer Phineas and his pet rooster Chuckles enjoy lounging in the shop’s courtyard seating. Chuckles gets his own shot glass of magic brew. Lucky bird.

Tessa, fire witch, owns the hottest grill in town. Mara, wind witch, can hear the whispers of the town, which comes in handy when an investigation is needed.

Amelia Windemere was the coven’s water witch until her untimely demise. She wasn’t the most loved person in town….oh heck, she was the most despised. But how does a water witch drown? Are there witch hunters in town or something more evil? And why did the police force hire two new twin detectives just in time for a murder?

I Can’t Do That, YET: Growth Mindset 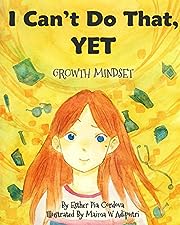 Enna is a girl who doesn’t believe in herself and often utters the phrase “I can’t do that!”

One night in a dream she sees all the possible future versions of herself, discovering that she can be any of those versions with time, knowledge and dedication. She develops a growth mindset throughout her journey and instead of saying “I can’t do that,” she learns to say “I can’t do that YET!”.

Everyone who enjoyed The Most Magnificent Thing, The dot, and The Girl Who Never Made Mistakes will also enjoy I Can’t Do That, YET. 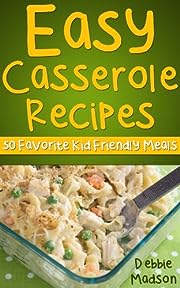 Here is what we’ve included in the cookbook:

A wide variety of casserole recipes including:

These recipes are sure to speed up family meal time and put a little less stress on you, in regards to feeding your family. 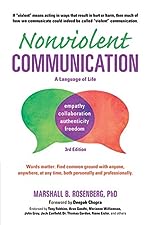 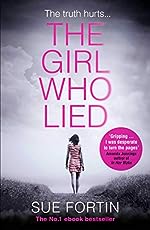 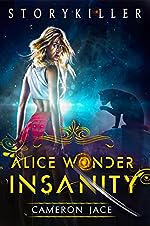 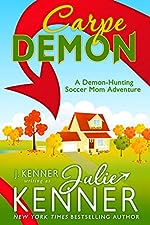 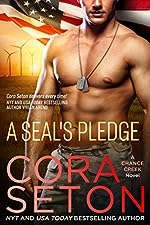 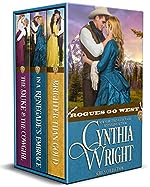