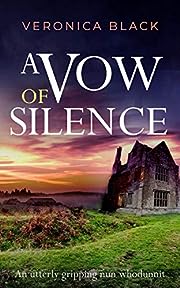 The sisters at a lonely Cornish convent share a chilling secret they cannot confess . . . Sister Sophia is dead.

One nun is dead.
Another disappears.
And a mysterious last letter from a dying nun is sent to the prioress.

Sister Joan has faced her own demons. Now she is sent to the convent to investigate, as well as teach the local children.

WHAT’S GOING ON WITH THE NUNS?

There are whispers of virgin sacrifice and suicide, and the mother prioress certainly wears pink nail varnish. And who is the young man hiding in the bracken? 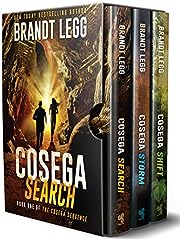 The only thing bigger than his discovery
is the conspiracy to stop it!
Will he unlock the secrets in time?
Ripley Gaines, a brilliant archeologist, with an insane theory, has risked his life searching for an extraordinary artifact. What he finds is beyond imagining.
It must be suppressed.
The discovery unleashes a mystery older than recorded time, rewrites human history, and promises to change the planet’s future.
The most powerful forces in the world align against him.
Who can he trust?
A deadly competition for the artifact ensues. Capturing Gaines is not enough–everyone who has seen it must be killed.
Can he stay alive long enough to decode the Cosega Sequence?

The Circle (The Sidhe Book 1) 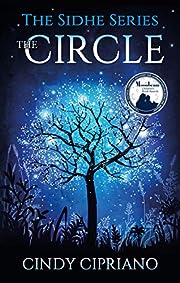 Calum Ranson is sure of three things: his cousin Finley is alive, Calum will find him, and no one knows Calum and his family are Sidhe.

That is until Laurel shows up at his mother’s bookstore wearing a dark clan’s mark. When Calum learns the details surrounding the disappearance of Laurel’s brother, he suspects the evil Hobayeth clan. Calum and Laurel work together in the Realm of Man and the Otherworld to rescue her brother, revealing a connection between Calum and Laurel that may cost Finley his life. 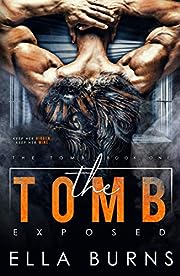 The Tomb. A prison run by inmates; it is home to the most despicable scum of the earth.
And me.
Ana, but call me Josh. My life depends on it.
After disguising myself as a man for years, a fluke landed me in the worst possible prison. I may know how to fight but nothing could have prepared me for the depravity of The Tomb.
When the leader of this horrid place, Ax, discovers my secret, I assume that is it—I’m done for. Ready to be tossed to the savages of The Tomb, he instead claims me as his own and teaches me things about my body I never knew possible.
I know I need to use Ax and his desire for me if I’m ever to escape this place and be safe again. But I never expected it would be my heart I needed to protect most.

Incarcerated as a child, I’ve spent most of my life in The Tomb and the last ten years leading it. When a new batch of prisoners come in, I discover a woman hiding in their midst. Her fearlessness intrigues me, and I decide to keep her for myself, and her secret.
Bloodthirsty and ruthless are how I have been described, but I can tell Ana is going to change things. My darkness and addictions seem to dissipate when she’s close, and I fall harder than I ever thought possible. Now to keep her hidden, keep her mine, and ensure no one learns her secret. 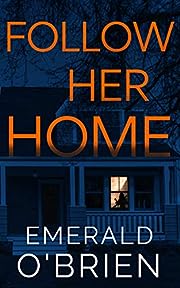 Lynda McGowan knows all about stalkers. Her father, a jaded musician with local acclaim, was brutally killed by his.
When a friend begs her to play a few shows with his band after their lead singer’s sudden departure, she can’t resist the opportunity to live out the dream she left behind after her father died.
But it isn’t long before a series of mysterious and disturbing events occur, and she senses she’s being watched—just like her father was. Still, Lynda forces herself to refute the connection. After all, his killer is dead.
Is she paranoid? Or is she being followed as part of a dangerous game? And how far must things go before someone believes her? 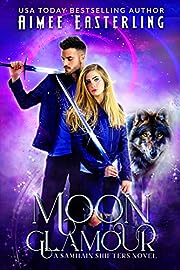 Half-werewolf Athena has spent her entire adult life keeping her human sister off the local alpha’s radar. But when the Samhain Shifters come to town, she’s thrown off her game.

Tank isn’t at all what Athena had come to expect from an alpha. Rather than throwing his weight around and taking from the little guys, he risks his skin to fight off deadly fae who slip into our world one night per year.

“Join us,” Tank tempts, prompting butterflies to take flight in Athena’s stomach. The gig would be a one-week commitment, the work a boon to the common good, the result insurance for her sister’s future. But if Athena drops her standards and runs with wolves, will she ever be able to attain independence again? 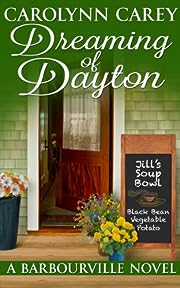 Jill Taylor has had a crush on her best friend’s uncle, Chicagoan Dayton Vance, since she was a teenager. Unfortunately, Dayton insists that Jill is too young for him even though only six years separate them. Finally, having given up on Dayton, Jill closes her Atlanta counseling practice to follow her friend Megan to Barbourville, Tennessee, where she opens Jill’s Soup Bowl in a renovated Victorian house. Jill is contentedly settling into small-town life when Dayton’s appearance on her front porch disrupts her peace and has her questioning her real reasons for moving to Barbourville.

Attorney Dayton Vance, one of triplets, was born a few minutes before either of his brothers, Dallas and Denver, and he’s always felt responsible for both of them, along with his niece Megan. When those three end up living in Barbourville—a move Dayton considers ill advised—he wonders where he’s gone wrong. Because Jill Taylor is the only counselor he knows who is acquainted with his entire family, Dayton flies from Chicago to Atlanta to consult her. Horrified when he discovers Jill has moved to Barbourville to open a restaurant, he hunts her down to complain, only to end up in her kitchen the next day peeling potatoes and asking himself how he managed to lose control of his plans so completely.

Can the town of Barbourville work its usual magic and help two obstinate people discover that following their dreams will lead them in the right direction, no matter where they live? 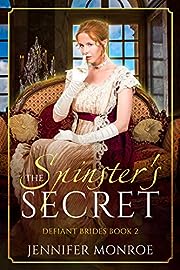 Society had long since declared Miss Alice Huntington a spinster, a fact that draws the ire of her father. While other women seek the love of men, she prefers to remain alone in the comfort of the gardens guarding her heart, which holds a secret she has vowed never to reveal.

Johnathan Blackmoore, Earl of Lidenburg, cares nothing for the gossip and rumors about his roguish ways. To the earl, women are merely a distraction as he works on expanding his ever-growing wealth. Although Johnathan has seen the longing for love in the eyes of many women, he has learned that money is the only love he will ever need.

When an opportunity arises for Johnathan to close a lucrative business deal with Alice’s father, there is a catch. Johnathan must pursue the awkward and serious woman and convince her to give herself freely to him in marriage. The opportunity to become one of the wealthiest men in England is too great to ignore, so he readily accepts the challenge. How difficult can wooing one obstinate spinster be?

As the two begin to court, however, conflicts arise, and neither Alice nor Johnathan is willing to surrender to the demands of the other.
Can Johnathan truly convince the Spinster to accept a marriage of convenience? And will Alice finally come to terms with the secret that holds back her heart? 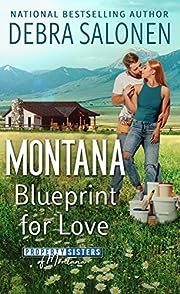 Man down.
When “Diamond” Jim McCall gambles on a fixer-upper for sentimental reasons, his house of cards implodes – along with his health. Ruby’s ready for a job change but agreeing to become her first crush’s apprentice might be her biggest mistake. She doesn’t doubt they can “flip” the derelict ranch house and save Summit Construction, but at what cost to her heart? After all, Boone Fielding became the son her father never had when she left for college.

Man up.
Helping Ruby McCall and her sisters flip Diamond Jim’s “money pit” makes sense financially, but he can’t partner with someone he doesn’t trust – and Boone hasn’t forgotten his last close encounter with Ruby. But every day on the job reminds him of why he fell in love with her in the first place.

How is he ever going to let her go when the job is done?

Guess the Bird – Sammy, The Bird Watcher, in Antarctica : A game show story that inspires children’s interest in wild birds and makes them think about how we are all important. 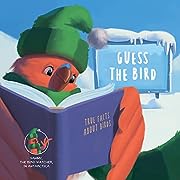 Encourage young children to think in a way that builds a happy, confident mindset while learning about the importance of looking after our feathered friends and protecting the environment, with this amusing and thought-provoking children’s book about birds. Meet Sammy, the chatty Bird Watcher and game show host of GUESS THE BIRD and Sammy’s feathered gameshow guests! Sammy reveals incredible facts and surprising secrets about birds and gives us an insight into the unique challenges they face in their lives. The object is for his TV gameshow audience to, you guessed it – GUESS THE BIRD!

Addy, Sammy’s first gameshow guest bird is shy and doesn’t feel like he fits in. After he cheats to win a Best Nest Competition (in the hope that the cool birds will want him to be part of their gang), his one and only friend Percy, another shy chick, tells Addy he doesn’t want anything else to do with him!

Meanwhile, global warming is causing life in Antarctica to change. Addy and his colony are in trouble, and they don’t know what to do! Addy wants to help, but his shyness is holding him back.

Addy decides to overcome his shyness once and for all to get that much-needed help. Will he be able to?

Favorite Holiday Recipes: From the Authors of Love, Christmas 2 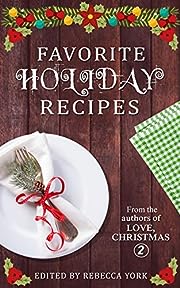 Favorite Holiday Recipes is a collection of recipes from the New York Times, USA Today and Award-winning, International, Bestselling authors of LOVE, CHRISTMAS – MOVIES YOU LOVE (THE HOLIDAY SERIES BOOK 2)
Read the small excerpts that preface each recipe as each author tells you why her recipe is important to her story.
Full of pictures, these mouth-watering recipes are sure to inspire your culinary (or eating) desires. Included are appetizers (mulled wine, pineapple punch, millionaire’s bacon), main dishes (lasagne, lobster mac and cheese, crock pot venison stew, traditional smoked salmon) and baked goods and desserts (fry bread, almond apricot coffee cake, double chocolate chip cookies, shortbread, cinnamon rolls) – in all, twenty-six recipes by the authors from all around the world.
These yummies are some of the authors’ favorites and a gift to our readers from us. We hope you enjoy these treats as much as we do. 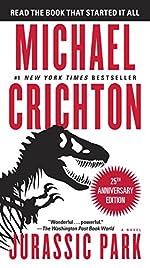 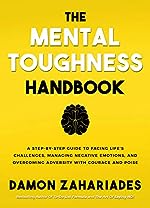 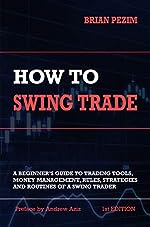 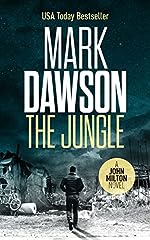 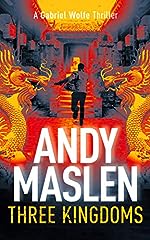 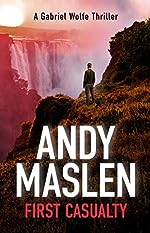 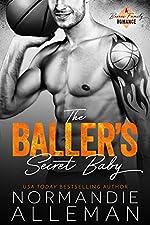 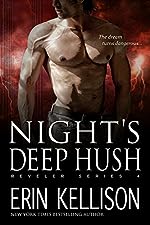 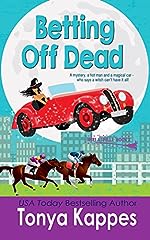