Dominick’s Secret Baby (The Promise They Made) 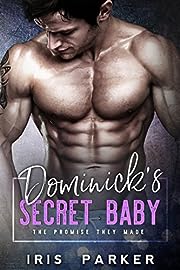 I got her pregnant, but we were never supposed to meet.

Thirteen years ago, I made a donation that would change my life forever.
Now, the kid I never knew has tracked me down…and her mother is the most gorgeous woman I’ve ever seen.
Right from the first moment, there’s smoldering heat between us. But we couldn’t be more different. She’s a shy college professor. I’m a hockey player who can’t stay out of the tabloids.
Yeah, I’m not exactly what you’d call a good role model. I’ve made plenty of bad decisions. But helping Helena get pregnant wasn’t a mistake–it just might be the best thing I’ve ever done.
And now, for the first time, I want something more.
More than a party.
More than a one night stand.
I want her.
I just have to convince her that I’ve got what it takes to be a good father. To break through that shyness, and win over the woman I’ve fallen for.
We’re strangers.
But we’re still a family. 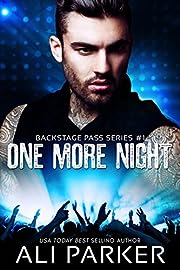 Music is my escape.

My band, Destitute, has never had an easy road to the top. It’s been a fight, a hustle, a struggle every step of the way, but we did it.

We’re the biggest band in all of LA. No one can take that from us. Not even the demons in our past.

Most of the fuckers walking around these streets perceive me as arrogant and wild, but I worked hard to earn those stigmas.

It’s all part of the game.

Woman come and go like the wind. None of them looking for love, but lust, fame – my money.

But who could blame them? A cold-hearted bastard like me deserves what he gets, until her.

Our new PR agent shakes me to the core of my being, wakes me up, forces me to feel things I thought were long gone.

I only have one rule – never get involved with anyone in the business.

Good thing rules were meant to be broken. 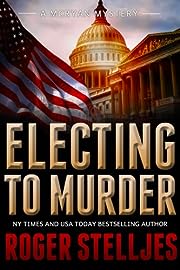 Deep in Kentucky lake country, “Wire” hid behind an empty cabin in the pitch black night. She quickly realized she wasn’t the only person carefully observing the secret late-night meeting with night vision goggles when gunshots rang out…

Ruthless killers…grizzly deaths…escalating stakes…
A clandestine late-night meeting in Kentucky, a murder in a seedy St. Paul motel, a mysterious investigator operating in the shadows and dueling political masterminds all collide to provide Mac McRyan with the ultimate test in ELECTING TO MURDER. 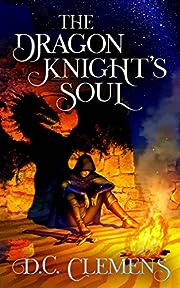 Atop a dragon and armed with a staff that can unmask Advent spells, Mercer Eberwolf resumes his hunt for the relentless cult. The intensive search will take the dragon knight and his four companions over Orda’s forests and swamps, whose cores hide ancient magic, tribal societies, and mischievous creatures. Not yet a master of a dragon’s potent power, Mercer’s potential is restrained by his inexperience and by the very crystals abetting his link with Aranath. Without more time to hone his soul, the first dragon knight in five hundred years could find himself sacrificing more than he imagined to defeat his primordial foes.

The Face of the Earth 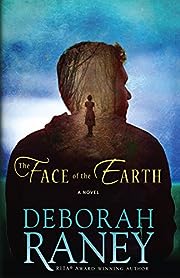 When Mitchell Brannon’s beloved wife sets off for home after a conference, he has no idea that his life is about to change forever. Mitch returns from work early that evening, surprised that Jill’s car isn’t in the garage. But her voice on the answering machine makes him smile. “Hey, babe, I’m just now checking out of the hotel, but I’ll stop and pick up something for dinner. Love you.” Hours later, Jill still hasn’t returned, and Mitch’s irritation turns to dread.

When the police come up empty, Mitch enlists the help of their next-door neighbor, Jill’s best friend, Shelley, to help search. As hours turn into days and days into weeks, Mitch and Shelley’s friendship grows ever closer—and decidedly more complicated. Every lead seems to be a dead end, and Mitch wonders how he can honor the vows he made to a woman who has seemingly disappeared from the face of the earth. 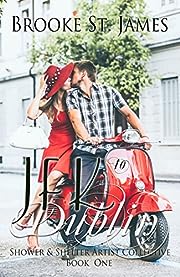 Fool me once, shame on you. Fool me twice, shame on me. Sarah Spicer took this saying to heart, at least where love was concerned. She had given up any hope in ever finding a decent man. She was convinced they had only one thing on their minds and were untrustworthy and unfit for relationships. This was exactly why she had a strict no-dating policy.

That was before she met Collin Ross. He was handsome, successful, and possessed a refined confidence that any woman would have adored. Well, any woman except for Sarah. Her indifference toward his charms made gaining her affection difficult. But patience is a virtue, and Collin was determined to prove that if there was a man worthy of winning her heart, he was the one. 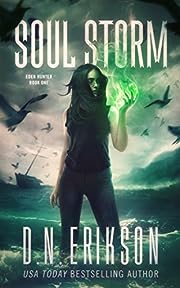 I already died once.
I’m sure as hell not doing it again.

I thought life was bad reaping souls for my vampire prick of a boss. Then someone killed my old friend right outside my house and planted the gun under my floorboards.

Which is when I learned life can actually get a whole lot worse.

Now I have the FBI breathing down my neck, trying to put me in cuffs. But even worse threats lurk in the shadows of this miserable island city I’m forced to call home. And one rain goddess believes my crimes deserve the death penalty…

Japanese Roses: A Novel of the Japanese American Internment 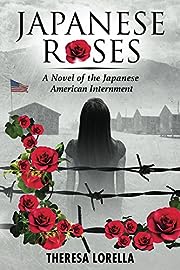 December 7, 1941: The Miramoto family’s second generation is torn apart, separated in the United States and Japan. After Japan’s attack on Pearl Harbor, their lives would change forever.

Kimiko Miramoto must find a way to survive alone in Japan, the enemy’s country, without being a traitor to her own.

In America, Maggie, Akio, and Akio’s Caucasian wife, Rose Marie, are labeled enemies of the United States. Taken from their homes, imprisoned, and separated in different internment camps, their hopes, dreams, and loyalty to their beloved country are put to the ultimate test.

Japanese Roses tells the story of one Japanese-American family’s incredible struggle to survive, caught in the tides of World War II and conflicted by national loyalty, forced to endure unspeakable betrayal and injustice.

Spanning the years of the war for the Pacific, Japanese Roses tells the story not only of one family, but of the struggles of all Japanese Americans during a time when they were labeled the enemy both in their own country and the country of their parents. Alternating between the eyes of Maggie, Rose Marie, and Kimiko, the story moves from the streets of Seattle as the bombs are dropped in Pearl Harbor, to the prison camps that lined America’s West Coast, to the devastation of Hiroshima as the war drew to a close.

While all three women are separated by the war, they share one goal: They want to go home. But will their homes even exist in the aftermath of the of the war? And will they all reach that place once the last bombs are dropped?

Hearts to Be Mended: A Regency Romance (A Forbidden Love Novella Series Book 6) 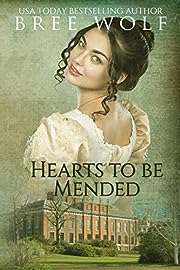 A lady in love. A gentleman with a reputation. And a secret that keeps them apart.

LADY ELEANOR ABBOTT is in love. However, the one man who manages to send her heart into an uproar with a single smoldering look is the one man she is forbidden to marry. As the fifth son of a baron, the man who conquered Eleanor’s heart is not the match her mother wants her to make. Instead, Eleanor finds herself faced with an endless stream of appropriate suitors and under stern instructions to choose a suitable husband before the season’s end.

HENRY WALTHAM, fifth son of Baron Caulfield, has always considered himself fortunate to have grown up in a close-knit family. However, now that his brother’s less than respectable reputations ruin his every chance to marry the woman he loves, Henry finds himself torn between simply whisking her off to Gretna Green – and let propriety be damned! – and the deep desire to prove himself an honourable man.

However, not everything is as it seems, and soon Eleanor and Henry realise that the key to their future can only be found in the past. 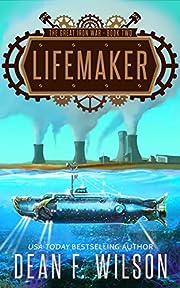 The Regime is on the hunt, forcing the Resistance to take refuge aboard the Lifemaker, an advanced submarine that houses a special cargo: a handful of women who can still give birth to human children.

To evade the Regime’s own submersibles, all parties must work together, but tensions are high, and not everyone on board is looking out for the greater good.

As they descend into the deeps, they quickly learn that not all monsters work for the Regime. 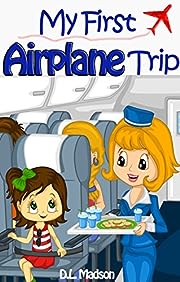 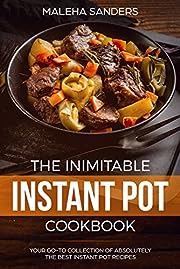 Instant pot is the perfect solution for big families, busy people, and for those who are not ready to spend a huge amount of time near the stove, and want to devote this time to themselves and their loved ones.
Read on your PC, Mac, smart phone, tablet or Kindle device.
Through this book, Maleha takes you through the significance, advantages and challenges of Instant Pot.
Instant Pot has programs for boiling, frying, baking, stewing, cooking steamed and deep-fried food, heating already cooked meals, maintaining the dish hot for a long time and does not require constant control.
For people who are a little less intuitive when it comes to cooking, it also comes with the benefit of set functions, and the question of which one to use is always answered in each of the recipes you’ll find in this book. Because the appliance is digital, it’s simply a matter of choosing a predefined setting as opposed to doing any guesswork yourself
You may also find it increasingly difficult to decide which appliance is going to be more useful to you, given the space you would need nowadays if you wanted every kitchen gadget on the market. The benefit of an Instant Pot is that it covers the functions of up to seven of these, so you don’t end up feeling as though your kitchen bench or cupboards are being overrun. The Instant Pot is a Instant Pot, slow cooker, rice cooker, sauté pan, steamer, food warmer, and if you’re feeling adventurous, you can even make your own yogurt!
Here is a preview of what you will learn… 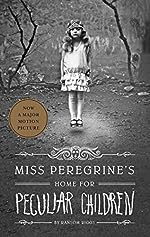 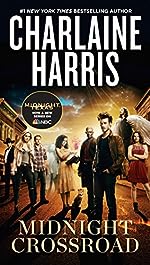 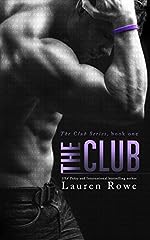 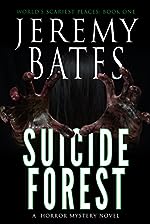 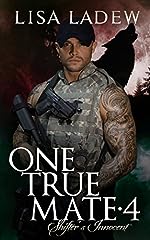 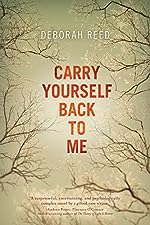 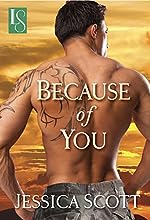 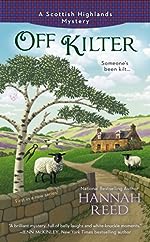 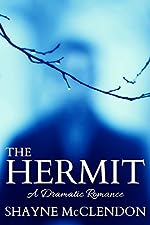 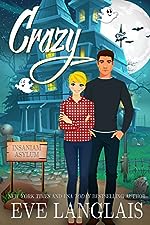 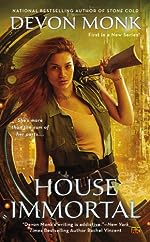