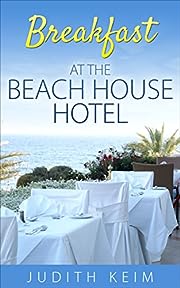 When Ann Rutherford’s husband dumps her for the bimbo in his office, unfairly leaving her without a home or a job, she reluctantly joins forces with Rhonda DelMonte to convert Rhonda’s Florida seaside estate into the small upscale hotel it once was. Ann, quiet and reserved, is no match for brash, bossy Rhonda, who left the family’s New Jersey butcher business after she won the lottery. Amid their struggles to succeed, The Sins of the Children, a soap opera, films a number of episodes at the hotel and things get complicated in unexpected ways when Ann falls for Vaughn Sanders, the star of the show. 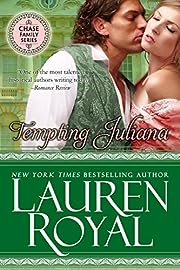 London, 1816: Lady Juliana Chase wants nothing more than to see everyone around her happy. That’s why she takes such pleasure in playing matchmaker. Her latest efforts involve Dr. James Trevor, the Earl of Stafford, and her good friend Amanda, who are absolutely perfect for each other. So why on earth is the handsome physician ignoring Juliana’s good intentions and ruining her carefully laid plans?

After losing his wife, James buried himself in his work, opening a clinic to vaccinate London’s poor against smallpox. The last thing he wants is to fall for another woman. So when Juliana meddles with his love life, he’s surprised to find himself smitten—but not with Amanda. Now he must turn the tables and beat Juliana at her own game, or risk losing the determined beauty who has reawakened his desires and captured his heart… 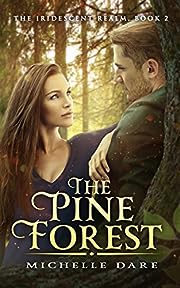 Pine and Azure. The war between the two kingdoms lasted far too long. Peace was finally established, but the survivors would never forget who fought on the front lines. Oliver Sage had a reputation for being a ruthless knight. He’d seen enough death to last a lifetime and worked on putting the past behind him, although not all would let him forget.

Addison was the only daughter of King and Queen Azure. With three brothers, she knew she’d always be protected, but she also wanted to learn how to take care of herself. She was strong, had a good heart, and wanted to be treated as an equal. Magical abilities ran in her family, and she had one no one knew of.

Oliver had given his heart to one princess, until the night he dreamed of another. Addison was the last woman he should desire, especially given who she was. However, what if she wanted him as well? They’d hated each other their entire lives, but suddenly couldn’t resist the desire which built between them. There were also those who didn’t think they should be together. Forbidden romance could only stay hidden for so long in the dark depths of the Pine Forest. 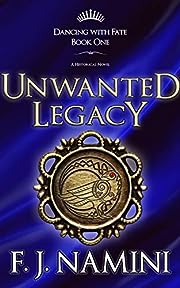 What could be more difficult than knowing that you are born for a predetermined destiny? Maybe…, trying to change it!
644BC, Mithra was born between hate and love, when her father’s tribe was fighting against her mother’s clan! Her father was a lord commander of the Mannaeans troop and her mother an Assyrian princess from her father’s enemy’s ground; a strange but burning love. They died at the same time, but in different places, her father on the battlefield as the Assyrian warriors’ screams echoed into the mountain, showing his severed head, and her mother birthing her. Maybe fate did not dare impose this loss on them. Mithra was born when her mother was asking help from her Assyrian gods, she had a strange birthmark on her face, and she inherited her mother’s face, a wild Assyrian beauty, no wonder her father’s tribe hated her. They made her believe that she was an ominous creature, doomed for being alone in her own land. Even Astyages’ love, a burning love that took shape in adventures could not help her. Mithra had love in her hands, and she believed that she had overcome her fate, but the fate rose up against the love. This is a story of love, sacrifice, ambition, fear, courage, … and miracles; like all of us! 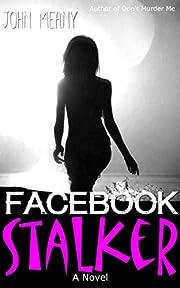 Could a social media connection lead to murder?

The fan, twenty-five year old Lori Dalton, eventually, after chatting with the well-known author for six months, decides to leave her hometown in Seattle, to drive to Virginia Beach to be with her favorite writer. Lori shows up at Scott Howard’s doorstep, unannounced, excited to meet him, finally, in person.

At first, author and fan hit it off, but soon, when Scott starts having a resurgence of feelings for his ex girlfriend Trixie, jealousy arises. And the deadly stalking begins.

The Feminine Mesquite: The Complete Series 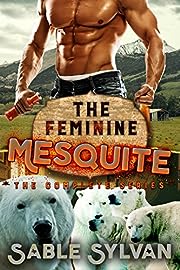 Those are the four ingredients that make up any Sable Sylvan romance. This series is no exception. I’ve tossed in an extra pinch of spice to give this series some heat. For the first time ever, I’ve made an entire series available to my readers in a five book anthology available as both ebook and paperback. Coming in at over 180,000 words, this anthology edition not only contains all five books, but it also contains illustrations of the mate marks featured in the books.

Follow Alice Quincy and Herb Scoville as they rewrite their fairytale love story in “The Cinderella Cook-Off.” The last thing that the curvy Quincy sisters expect is to meet their rivals, the Scoville Polars, in the flesh at the reading of their grandfather’s will. What the heck are a bunch of Norwegian billionaires doing in the middle of nowhere, a.k.a. Fallowedirt, Texas? Planning a corporate takeover, of their family’s hot sauce company, The Quincy Hot Sauce Co. These bear shifters have another thing coming if they think that these BBWs are about to give up their family’s recipes without a fight, and the eldest Quincy and Scoville siblings become arch rivals…with an undeniable primal attraction to one another that they can’t explain.

Watch as Abigail and Clove learn the true meaning of love and of Christmas in “Beauty And The BBQ”. The last thing Abigail needs in her life is drama. After dumping her loser ex, she goes home to Fallowedirt, Texas for winter break to focus on her thesis…but the curvy gal is distracted by polar bear shifter Clove Scoville. The future beta of the Viking bred Scoville Polar Clan of Oslo, Norway is at his brother’s Manor to escape something else…but he can’t escape his attraction to his future sister-in-law. 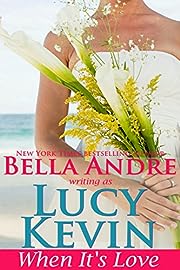 Come for a visit to Walker Island where you’ll find stunning Pacific Northwest ocean views, men too intriguing to resist…and five close-knit sisters who are each about to find their one true love.

Once upon a time, Rachel Walker longed for—and sought out—adventure. But after her boyfriend found out she was pregnant and left her to raise her daughter Charlotte alone six years ago, she put her wild child days behind her. For good. So when Rachel’s sister needs her to step in to help film a TV show with professional surfer Nicholas Quinn on Walker Island, she isn’t the least bit worried about losing her heart to him. Not until the first time she sees him smile and realizes that her heart isn’t completely closed off to promises of breathless excitement after all…

Nicholas has spent his entire life chasing adventure, one wave at a time, becoming a major surfing star along the way. But for all the incredible challenges he’s faced around the world, he’s never faced one as exciting—or as important—as winning Rachel’s heart. One stolen kiss is all it takes for him to be absolutely certain that his next adventure should be taken with Rachel and her daughter Charlotte beside him. First, though, he’ll have to break through every one of Rachel’s walls to convince her to trust in both her dreams and his never-ending love. 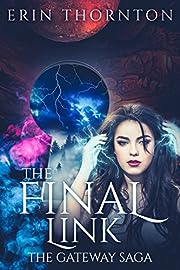 IS THERE ANYTHING STRANGER, THEN A GRANDMOTHER WHO DECORATES THE WALLS IN DOORKNOBS?
If those doorknobs are really a gateway of doors that lead to other realms…then maybe. For centuries the Wasley women have guarded the gateway, and for those years the Guardians have been incomplete. When Aggie’s grandmother passed, the last things she expected was to be asked to join with eight hunky Guardians in order to help save a bunch of demon children who have been kidnapped. Through ever-changing storms and dangerous weather, they must figure out who is responsible and try and bring the children home in one piece. Too bad Aggie has to make a life-changing decision. Will she choose to accept her waiting powers by bonding with the Guardians or will she live the life of her ancestors and not fulfill her destiny?

Babu and Bina at the Ghost Party: An adventure book! 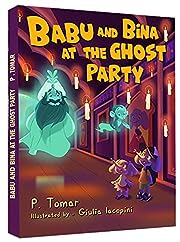 Bring a piece of India into your child’s bedroom.

Let your kids discover their cultural heritage or a completely new culture from far away. Use the photos of real places in India at the back of the book as discussion starters.

Join Babu and Bina on a fun adventure in India to broaden your child’s world view.

When these two curious elephant kids get themselves trapped in an isolated cavern, they stumble upon the ancient ghost of a great Maharaja, the king! But instead of being afraid of the ghost, Babu and Bina make a bargain – and that’s where the fun begins.

This colorful, imaginative picture book, will take you back in time! A story that highlights Indian History with a magical adventure. It combines the spirit of The Polar Express by Chris Van, Matilda by Roald Dahl and family fun of Robert Munsch books.

Beautifully written and illustrated – a rare book that both kids and parents will love.

* This book promotes diversity and multiculturalism.
* the rich Indian History of Maharajas and Maharanis. (Kings and queens)
* traveling and exploring new exotic places.
* BONUS! Pictures of beautiful forts in India included in the book! 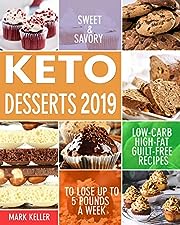 This book, Keto Desserts 2019: Sweet & Savory Low-Carb, High-Fat Guilt-Free Recipes to Lose Up to 5 Pounds a Week, has been created with you in mind, so that finding success with the ketogenic diet comes easy.
With a wide variety of amazing desserts to choose from, you’ll be able to sink your teeth into such keto friendly desserts as: 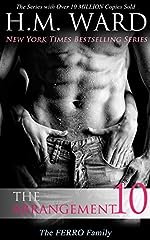 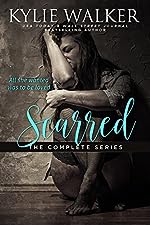 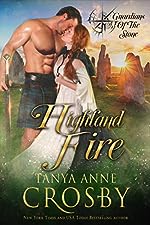 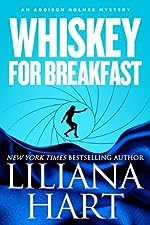 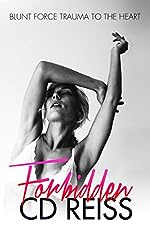 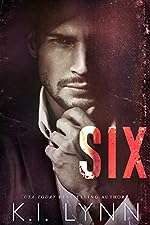 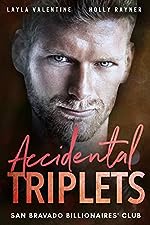 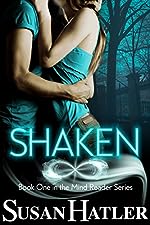 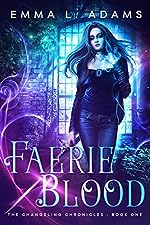 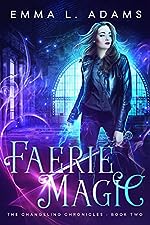 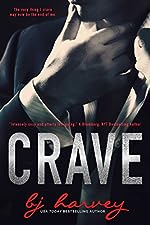 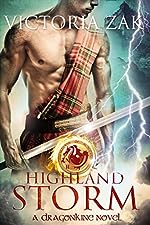