Honeymoon For One (Honeymoon Series Book 1) 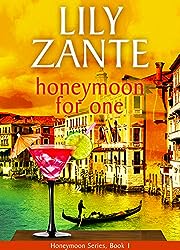 Dumped by her fiancé 6 weeks before their Valentine’s Day wedding, she decides to go on her honeymoon, alone.

But in visiting Verona, the City of Love, her life takes on a completely different direction, especially when she meets the mysterious and handsome Nico Cazale.

Will her adventure give her the clarity she’s looking for or lead to more heartbreak?

The Midwinter Mail-Order Bride: A Fantasy Romance (The Dead Lands) 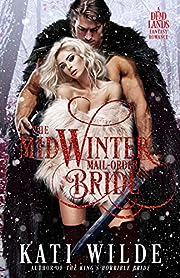 Some might call Princess Anja of Ivermere brave for offering herself up as a bride to Kael the Conqueror, a barbarian warlord who’d won his crown by the bloodied edge of his sword. It was not courage that drove Anja from her magic-wielding family’s enchanted palace, however, but a desperate attempt to secure a kingdom of her own—even if she has to kill the Conqueror to do it. She expects pain beneath his brutal touch as she awaits her chance. She expects death if he discovers the truth of her intentions.

She didn’t expect Kael to reject her and send her back to Ivermere.

Raised in the ashes of the Dead Lands, Kael fears nothing—certainly not the beautiful sorceress who arrives at his mountain stronghold. But no matter how painful his need for her, Kael has no use for a bride who would only tolerate his kiss. Yet the more of Anja’s secrets he uncovers during their journey to return her home, the more determined he becomes to win the princess’s wary heart.

And Kael the Conqueror has never been defeated… 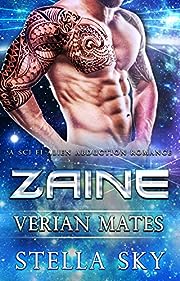 His job is to breed the human females, not to love them…

Regan Lawrence is fearless, outspoken, and smart, but all of those things just make life during
wartime more difficult. She’s used to being unpopular, so when she is abducted by the enemy
race, she isn’t sure whether it’s a good or a bad thing. That is, until she lays eyes on the fiercely
sexy Verian enemy who abducts her.

As head of the prison, Zaine Volaire is the strongest men left in his race. He’s well-known for
his discipline and drive to help his species win the war against humans. It is his job to see that
the females are fed and bred, but things get complicated when he is challenged by the brazen
human. She awakens a need in him that makes it impossible to maintain his self-control, and
he isn’t sure he wants to.

When Regan lands herself in solitary confinement, everything starts to go awry. Zaine falls
prey to a mysterious illness that harms all males of his planet. The only problem is, Regan may
be the only one who can save him… 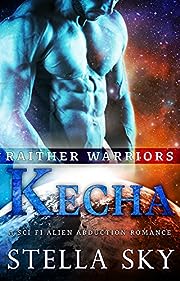 They were left there to die, not to find love…

Dr. Alice Tanner is used to being ostracized. Sure, she’s smart, but would it kill the
universe to let things go her way for once? The other scientists in her elite research
group never hesitate to give her a hard time. It’s a pretty typical day then, when Alice
and her group are abducted and dumped on a terrifying prison planet. Even that
might not have been so bad, until she’s found by a sexy but cocky alien who practically
makes her his prisoner…

Commander Kecha Thornax is fierce, strong, and brave, but his animalistic desires are
awakened by the peculiar human female. Everything about her is different, from her
personality to her slight, fragile, arousing body… Kecha vows to protect her from the
dangers of the prison planet and makes up his mind to claim Alice once and for all…

Their temptations on the prison planet risk their lives, so Kecha swears off his desires
until they are in a safe place. He promises to take her to Earth, but now that she has
been claimed, there is no way he will let her go…even if that means stooping to
deception and risking everything. 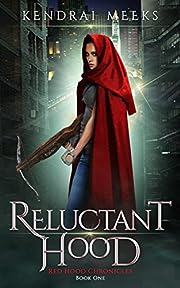 A rebellious descendant. A werewolf on the prowl. With her friends in danger, can she become the red-cloaked hood the world needs?
Gerwalta “Geri” Kline has just thrown out generations of tradition. As a descendant of the mythical Little Red Riding Hood, Geri refuses to suffer the fate of a woman who tried to find her fairy tale ending… and ended up dead. Despite possessing the powers of a “hood,” she resolves to head off to college and the big city, and live life as a human…
As she attempts to create a new future in Chicago, her old life starts to creep in. Her lab professor turns out to be a vampire and the half-mad werewolf stalking campus is desperate for her help. No matter how much she wants to leave her lupine-lurking days behind, the world of night proves uncooperative. Soon enough, Geri is knee-deep in a terrifying vampire conspiracy. Her only hope to get out is to agree to help the werewolf, and act like the hood she doesn’t want to be…

Dead On My Feet – A Thriller (Phineas Troutt Mysteries Book 1) 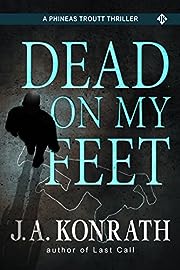 His name is Phineas Troutt. He’s a problem solver.

If a woman is being stalked by her ex-husband, Phin can convince him to stop. If a union is being squeezed, Phin can squeeze the squeezer. He’s not a mercenary. He’s not a bodyguard. He’s not a private eye. He’s a guy who takes cash for solving problems with violence.

When a doctor at a suburban women’s health clinic is being harassed, she hires Phin to make it stop. But the situation proves to be larger, and more dangerous, than even he can handle on his own. So he calls in some friends to help out; a P.I. named Harry McGlade and a female cop named Jack Daniels… 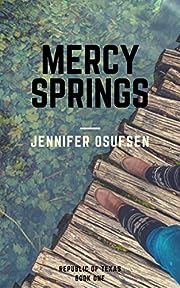 In the wake of the economic disaster known as The Collapse, two countries rise from the ashes of the former United States: Unified Socialist America and The Republic of Texas.

After personal and professional tragedy, physician midwife Cora Thomas flees the Missouri District of America, seeking asylum and safety in the idyllic Texas town of Cotton Springs. She hopes the quaint community is a new beginning, a place to heal and plant roots. A home where she is not an underground Christian living in fear for her life.

A logging accident leaves Cotton Springs’ prodigal son, Ben Tucker, in the care of the feisty new red-headed doctor. The attraction is undeniable and bewildering. But his rejection of God’s existence and Cora’s steadfast faith collide, leaving him with more questions than answers. And a heart desperately in need of healing.

Missouri District deputy Gordon Wilkes is on a witch hunt. He holds Cora accountable for the death of his wife in childbirth. And no border will stop him from exacting his revenge.

MERCY SPRINGS is a love story blooming beneath the towering trees of east Texas, under the canopy of grace and mercy, and in the shadows of lurking danger. 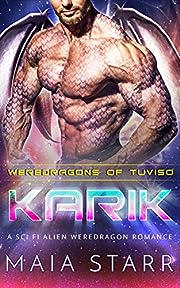 His race of weredragons needs her intelligence. She needs his strength…

Dr. Vanessa Lopez feels alone in the fight. Cyborgs and machines have taken over
Earth, forcing her and other humans to hide in the isolated protected village of
Haven Brook. But when the alien weredragon King Karik Korinth arrives with a
proposal to help the humans defeat the cyborgs with his army, she is suspicious.
Where is this army he speaks of? He wants more from her. No, she won’t give in.

Karik is on a mission to save his race of Veruka from the Blackness plague. He’s only
interested in the humans for their medical knowledge. He knows they won’t hand it
over for free. So he makes an agreement to help protect them from the Clenok
cyborgs in exchange for sharing medical knowledge. But he is keeping a secret. He
is ill with the plague and his life depends on one human female.

When Vanessa discovers that Karik is ill, she wants to save him. Even if she finds
him suspicious, she can’t deny her innate need to help. Besides, he hasn’t asked her
for anything that she doesn’t want to do. But when she watches him shift into
weredragon form, her scientific mind can’t keep her from touching him. But what
started as medical interest in this strong weredragon physique, quickly turns to
passion and lust.

Once she has given herself to him, he starts to heal. But why? Was this his plan all
along? Was she right not to trust him in the first place? 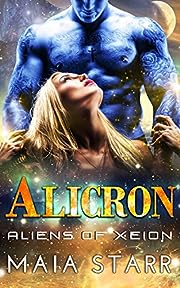 I need human females in order to save my planet. That’s why I took
her, she’s the one that can save my race, and myself.

Vicki is a smart and busy Hollywood agent forced to go on a yoga retreat with her friend
in order to take some time for herself. She is resistant to go, but knows that she needs to
make a change in her lifestyle, especially in the romance department.

Alicron is an alien on a mission. He needs to bring human females back to his home
planet to mate with the males in order to save his species. It’s a heavy mission to bare.

When Vicki is abducted, she is angry and hates the aliens that have taken her and a group
of other human females. Her hate is focused on Alicron, but her body is betraying her.

Alicron is intrigued with the strong human female, and plans to make her his mate. But
then all goes wrong when his ship crash-lands on a cyborg planet.

Now he will need to save her from the cyborgs that have taken her from him, even if she
does hate him. She is his.

But will rescuing her make her change her feelings of hate to feelings of desire? Or will
she continue to despise him for what he has done to her?

Duck and Friends: The Computer Chase 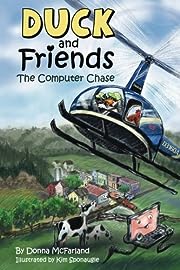 Meet Duck — a clever, resourceful farmer — and his best friends, Hen and Cat. When Cat complains that his laptop is too slow, Duck installs new software, promising to make the computer run fast. Much to his surprise, the laptop sprouts arms and legs, jumps off of Cat’s desk and runs away… 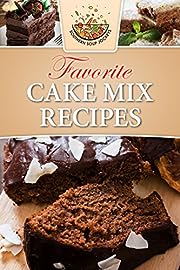 Do you enjoy baking cakes, but tend to stick to your tried and tested favorites?
Would you like to be able to expand your desserts with delicious and fulfilling new recipes?
There can be nothing more satisfying than a freshly baked cake. Whether it’s for a special occasion, a treat for a loved one or just because you felt like it, baking a cake is more than just about making something that tastes good.
Now, with Favorite Cake Mix Recipes, you have an entire book filled with fantastic recipes that look and taste amazing, are suitable for any occasion, and include:
Strawberry banana bread
Lemon poppy seed muffins
Rum cake
Cherry cheese cake
Marbled pistachio cake
Pumpkin pie squares
And many more…
With recipes for breads, cookies, muffins and other delicious treats, Favorite Cake Mix Recipes is more than just a book of traditional cakes. And as most recipes are quick and easy to make, you’ll be creating tasty indulgences while saving time as well.
Throw away the other cake books you have. Favorite Cake Mix Recipes is the only one you’ll ever need again! 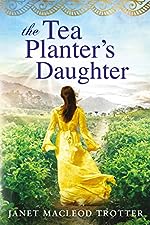 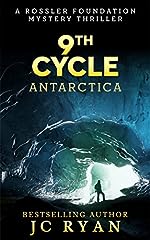 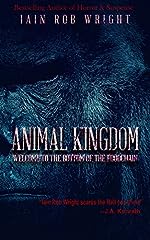 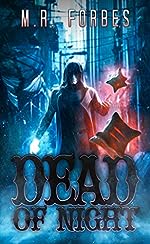 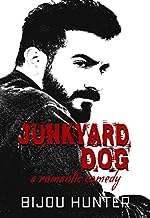