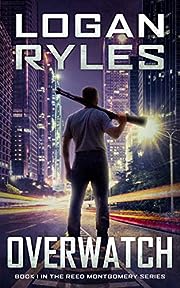 He traded his lethal skill set for freedom. Now he wants out. Can a war-weary killer outgun a criminal empire?
Reed Montgomery is slowly dying inside. Desperate to free himself from an ugly contract, the jaded Marine-turned-hitman agrees to one final job. But the assassin’s chance for salvation crumbles in a whirl of lost nerve when he discovers a shocking personal connection with his target.
With his retirement now a pipedream, Montgomery’s only shot at redemption is to train his sights on his criminal bosses before he’s the next hit. And since he’s become an inconvenient loose end in a treacherous setup, the crafty killer must unleash hell on the biggest crooks in the business… or die trying.
Can one pair of deadly hands snuff out an entire cartel of evil?

Her Dark Moon (House of Wolves and Magic Book 1) 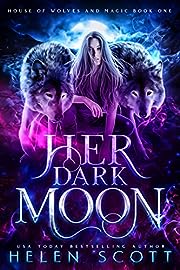 My brother gave his life to help me escape the pack. Now, after being in hiding for the last few years, I’m seeing shifters outside of their normal territory, and they’re getting closer to my little patch of wolf-free paradise.
If they find out I’m still alive, they’ll haul me back and mate me to some random wolf, keeping me as a breeding machine to perpetuate our species. Forced imprinting is supposed to be forbidden, but if I know my pack, that won’t stop them from getting what they want.??
With danger lurking around every corner and the chance of me being caught getting ever higher, I’m on the verge of descending into hopelessness. Until I meet Roman. But what if he’s just the lure to chain me to a different pack? 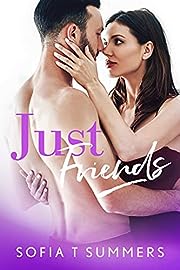 Fake marry my best friend. Throw in some “benefits.”
What could go wrong?
How about ten little fingers and ten little toes…

Oz’s plan seems so simple.
Convince his grandma to let us live in her rent-controlled apartment by telling her we’re married.
It shouldn’t be hard.
After all, we’ve been best friends for years and are already roomies.
We know each other almost better than we know ourselves.
But our fake marriage leads to other very real things.
Real touches that light my body on fire.
Real feelings that sear my soul.
And real consequences that will arrive in nine months.
If I tell him, it could destroy his dreams of rock and roll stardom.
Yet, if I don’t, I could lose the most important person in my life.
So, yeah, Oz’s plan seemed so simple…
In reality? Not so much.

So Much for Boundaries (Shower & Shelter Artist Collective Book 3) 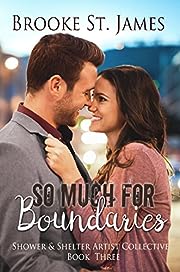 Zoe Etheridge packed her bags and said goodbye to her small town Texas life. Her dad’s dying wish was that she followed her dreams in New York City, and she was bound and determined to make that happen. It was only a day or so into her trip when she realized she might have bitten off more than she could chew.
Zoe assumed that the Shower & Shelter Artist Collective was open to any artist who needed a place to live in the city. She had no idea that landing a spot in the house was highly competitive, and seeing how she wasn’t a formally trained artist, she wasn’t quite sure how to compete.
She called the collective on her way into the city and spoke with the manager, Lane Alexander. He quickly made her realize she was in a David versus Goliath type situation, but decided to meet with her nonetheless. She knew she had to impress him when they met, but she assumed it would be with her unique approach to painting. It wasn’t until she stared into his baby blues that she realized she wanted him to be impressed by more than just her art. 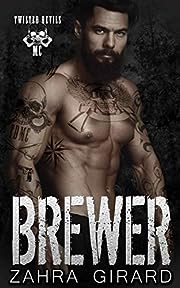 Natalie grew up next door in a home as broken as mine.
My childhood was hell and my father was the devil.
I was nothing but fists, fury and rage.
But Natalie…she was the lovely free spirit who danced barefoot, baked me cookies, and bandaged my wounds.
When she ran away, she took my heart with her.

Now I’ve found her again.
But I’ve changed.
I’m the cold-blooded VP of the Twisted Devils MC.
Vicious. Lethal. Deadly.
She’s too pure for a monster like me, but my black heart beats only for her.
She still prefers flower crowns to leather cuts.
But I’ll do whatever it takes to make her mine.
There’s just one problem – the devil from our past who wants her dead.

Natalie wants to run again, to disappear.
But there’s no way I’m losing her.
So I take her captive. 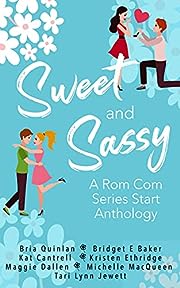 THE LAST SINGLE GIRL by Bria Quinlan
After Sarah assures her friends she’ll be bringing a plus-one to their New Year’s party, she has just a month to find Mr. Right. Will one bad date after another convince her to give up the ruse – or could the perfect guy be hiding right under her nose?

FINDING FAITH by Bridget E Baker
Thanks to lousy parents, Mary swore off ever having kids and threw herself into charity work instead.
When she meets hunky Luke, sparks fly.
But she won’t discover he’s a widower with two kids for three more days.
What then?

FAKE MARRIAGE TO HER BEST FRIEND by Kat Cantrell
Nomi Hannon is sick of losing. She’s not about to lose the city council election. Too bad she just accidentally starred in a compromising photo her squeaky-clean opponent is all too willing to use against her. Surely marrying ex-CEO Malone DuMar, the guy in the photo—her best friend—will solve the problem…right?
It’s a simple plan. Only pretend. But that was before the kiss that changed everything.

The Right Resolution by Kristen Ethridge
When the clock strikes midnight at her beachside cottage on New Year’s Eve, Eve Larson plans a fresh start following a year of heartbreaking disappointments. But when an enemy from her past tracks her down, will he stand in the way of rebuilding her dreams? Add in a treasured royal heirloom, New Year’s resolutions, and sweet kisses on moonlit beaches to make the start of one unforgettable year.

THE (NOT SO) PERFECT DAY by Maggie Dallen
Ellie’s planned the perfect wedding, just…with the wrong groom. The clock is ticking to Ellie’s big day. There’s only one thing missing—her best friend. As a travel photojournalist, Ian’s often off the grid, so she’s not worried–much. After all, he’s always there for her when she needs him. When Ian finally arrives mere days before the wedding, he’s not content to play best man. He’s back to claim her heart. But can he prove what they have is true love before she walks down the aisle with the wrong man?

JESSE AND THE ICE PRINCESS by Michelle MacQueen
An ice princess doesn’t fall for the hockey captain’s charm unless said captain has a habit of always getting his way.
Charlotte wants nothing to do with Jesse. Not when he shows up to watch her skate. Not when he orchestrates her detention. And especially not when he convinces the principal to force her into helping the no-win hockey team change their record.
What if he’s more than charm and semi-okay hockey skills? Is the boy with no rules worth breaking all of hers for? 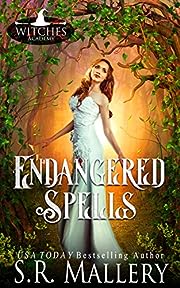 Sometimes Magic Can Be Complicated…
What happens when a beautiful and talented witch refuses to use her powers?
Even as a child, Gillian could perform magic far better than most people. Her spells swayed teachers, nabbing boyfriends was a piece of cake, and she had the added ability to foresee events, good or bad. But when one of her spells causes a near-death and a future forecast completely rocks her entire world, she steps away from magic––until her friend’s murder slams her back into the game…and straight into a detective’s arms.

The Gods Who Chose Us 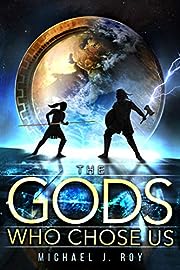 The Aesir are desperate to free themselves from the hegemonic rule of Olympia. They send a covert team to Earth to leverage the humans as allies in their pending conflict with their Olympian overlords. By doing this, the Aesir know they will be disrupting an experiment the superior Olympians have been secretly performing on the human race for nearly one thousand years.
However, the Olympians aren’t too keen on allowing the Aesir to tamper with their clandestine plans for humans. The Aesir and Olympians on Earth become entwined in a cat-and-mouse game as they hunt one another, search for unwittingly genetically modified humans, and explore underground facilities at many of Earth’s oldest monuments, uncovering forgotten and dangerous research.

A Dad Joke A Day: Over 365 of the best most exceedingly cringeworthy dad jokes for kids. Eye rolls and giggles assured, everyday. 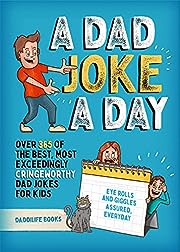 Looking for the perfect gift for dad? Then keep reading…
Unleash dads’ ultimate superpower with a terribly good dad joke for EVERYDAY of the year!
Can A Dad Joke A Day keep the doctor away? Perhaps not. But a dad joke in the right hands can keep the kids and family on their toes, as well as their eyes firmly rolled.
In this book from DaddiLife Books – written by one of the leading platforms for modern day fathers, there is a different dad joke everyday, with some especially groan worthy tummy ticklers on specific calendar days of the year (see if you can spot them all). 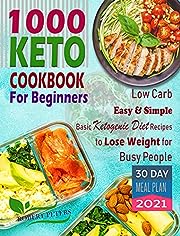 Do you want to lose your weight?
Have you been unsuccessfully trying to lose your weight?
Do you want a diet that will offer you delicious recipes that are full of flavor?
Keep reading and find out more.
The Keto diet is the solution to all these concerns. It has been proven by scientists to be very effective in weight loss. There are other numerous benefits of the keto diet as you will find in the book.
This book contains 300 amazingly delicious simple recipes that you can make easily. 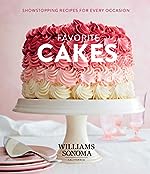 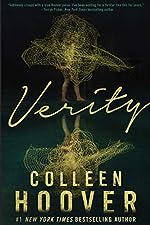 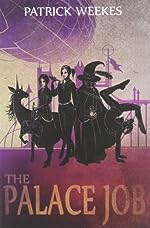 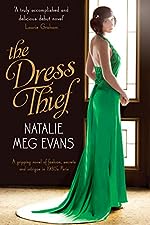 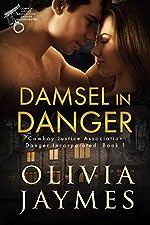 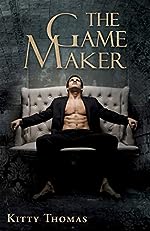 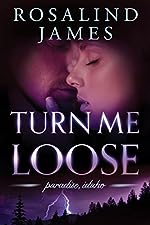 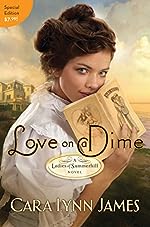 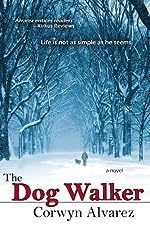 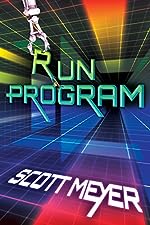 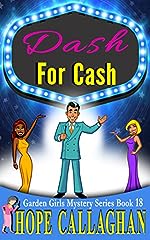 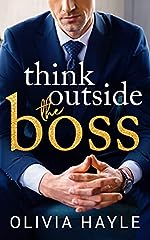 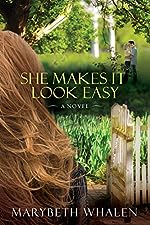