The Sleeping Truth : A Romantic Medical Thriller – BOOK ONE 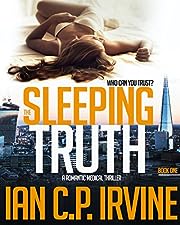 An extraordinary tale of love, trust and betrayal. It will make you think. And it will make you cry.
What if you found out that your whole life had been a lie? Or that nothing you had based your life upon was real? Was there anyone in this world that you could trust? And then, in the midst of the carnage of your life, you finally found someone to love? But can they trust you? 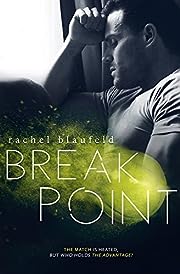 Juliette Smith, star tennis player, is starting over at a new university. Traumatized by hazing at her last school, all she wants is to attend classes, win tennis matches, and be left the hell alone.
She should have known her coach, Drew King, would be a problem from the moment he flexed his sexy-as-hell forearms.
What happens when you mix a pissed-off woman with a bunch of snooty teammates and a hot coach?
A heated match, complete with team politics and a forbidden game of singles with the coach.
It’s reckless and hot until one of them taps out.
Unable to admit she may be better off as a double, Jules is convinced she needs to play the game of life alone. Then life throws her a lob and she runs smack into her past.
Coach King is back, and he wants to take control of the game. But she’s not certain she wants his advice when it comes to the life she’s built.
The power struggle is on, but this time off the court.

Her Goon, His Eden 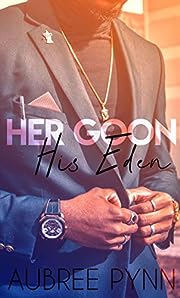 Zola is a rebellious soul filled to the brim with sheer determination to make it. After she defies the path that her father wants her to take, she ends up at Paradise, a strip club in the heart of New York City. Paradise fuels the city and is bound to tempt her until she breaks.
Rich is a ruthless ruler running New York and has no plans of stopping. With his father ready to step down, Rich is trying to secure all the resources he can while weeding out the weak links in his team.
After what appears to be an accidental moment between Zola and Rich, she becomes a marked woman. Rich willing becomes a man captivated with her. With Rich reacting on impulse, Zola is trying to navigate through life and keep Rich at bay. But can budding feelings and an offer of a lifetime finally put them exactly where they’re fated to be? 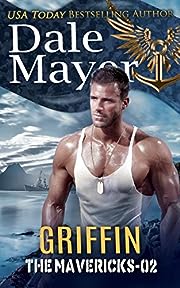 His heart ached to hear a young girl had been kidnapped while at a hotel in Thailand, waiting for her father to arrive. But nothing is ever as it seems, and this case isn’t even close to simple.
Lorelai spent the last seven years enjoying her young charge, Amelia Rose. Tutoring the daughter of a wealthy business owner added perks to the job, like holidays around the world. In all these years Lorelai had never once seen the downside to having big money–until the holiday in Thailand where Amelia Rose is targeted, and they were both kidnapped.
Griffin managed to rescue the kidnapped victims, but tracing the kidnappers was a whole different story and brought the group a little too close to home …

Love in the chamber 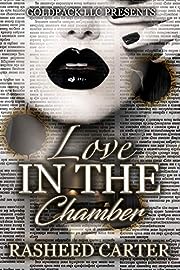 Sienna and Frog belong to an organization run by Kema, a ruthless and calculating mastermind who will stop at nothing in order to maintain her stronghold on the city’s streets.
Frog is her number one enforcer and Sienna is her protege. Together, Frog and Sienna hold Kema down and wreak havoc as they discover an immeasurable degree of love in each other.

Love in the chamber 2` 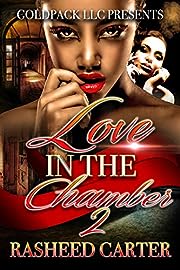 Urban fiction’s most controversial couple returns with a vengeance. Sienna and Frog are back and even wilder than before! They are young, and dangerously in love with each other. Kema is still a boss making bossed up decisions, and one of which is maintaining order in her crew- which grows harder by the day. Too much money too fast complicates things. Add jealousy, betrayal, and backstabbing friends; and you’ve stumbled onto the battlefield of the streets… Where no prisoners are taken but all challenges are welcomed. 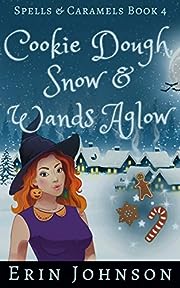 Imogen feels like she’s buried under an avalanche of secrets. Caught up in puzzling out her mysterious origins and her confusing emotions for Prince Hank, she hopes a magical holiday retreat with friends will take her mind off her troubles. But when a roadway ambush steers their sleigh off course, she must stay the night in a quaint little village veiled in secrets of its own…
Partying alongside her bakery friends and handsome prince at the mayor’s ball, Imogen finally pushes aside her uncertain visions to soak in the holiday spirit. But the merriment comes to an abrupt halt after a dead body floats to the surface of a cauldron of punch.
When the angry townsfolk point their pitchforks at her friend, Imogen must shovel through layers of mysteries to find the real killer before innocent blood runs cold. 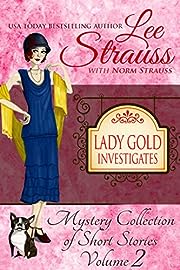 Join Mrs. Ginger Reed~aka Lady Gold, her adventurous sister-in-law Felicia, and her curious dog Boss, as they take these new challenging puzzles. Lady Gold Investigates Volume Two presents The Case of the Recipe Robbery and The Case of the Museum Burglary.
A companion series to Ginger Gold Mysteries, each volume is approximately 20 thousand words or 95 pages. A bite size read perfect for a transit commute home, time spent waiting at an appointment, or to settle into sleep at night. Get your coffee, tea or glass of wine and snuggle in! 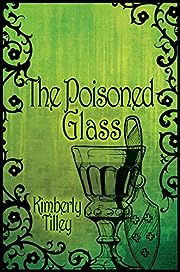 At the dawn of the 20th century, the social unrest in Paterson, New Jersey was palpable. Thousands of Dutch and Italian immigrants flocked to the city, hoping for a job in Paterson’s famous silk mills. The burgeoning population ushered women into the workplace, grew suffragist sympathies, and produced an anarchist movement.
In this charged environment, Jennie Bosschieter, a 17-year-old Dutch immigrant and mill worker, was murdered. Sorrow turned to shock when four wealthy, influential citizens were accused of killing her. The resulting criminal trial held the city – and eventually the nation – transfixed. 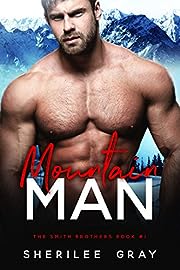 Hank Smith saved my life, carrying me through a blizzard to his mountain cabin. He doesn’t like strangers, and he doesn’t like leaving his sanctuary. Now I’m trapped here with him until the snow melts.
I see him looking at me. He tries to hide behind a gruff exterior, but I see the longing and the heat burning in his eyes. I know he wants me, and I can’t resist him. I want to feel those big, rough hands all over my body.
But once he’s unleashed his raw, barely tried desire on me, will I be able to leave my mountain man behind, or will he make me his? 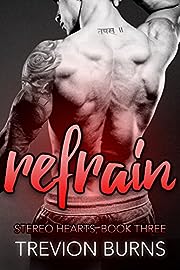 There’s nothing in the world college student Viola Rice wouldn’t do for her best friend, Milo. So when he asks her to pose as his girlfriend to help quell his uber-religious family’s suspicions that he’s gay, Viola’s happy to help. She already loves Milo as a friend, after all, so pretending to love him as his girlfriend will be a peace of cake.
And it is.
Until she meets his brother.
The last thing rock star Jon Baca plans when he comes home for the first time in ten years is to fall for his brother’s girl.
From the moment he lays eyes on Viola Rice, he knows she’s off limits. But his desperate attraction to the chocolate beauty tests his will in a way he’s never experienced before.
One false move could cost him his family.
But one night in her bed just might be worth the risk. 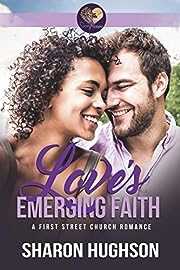 Jazlyn Rolle feels the weight of the world on her shoulders after finding a runaway foster child in Sweet Grove, Texas. She wasn’t looking forward to returning to Austin and her paralegal job, but too many children need her help. Children who remind her of her boyfriend, Bailey Travers.
Bailey Travers spent his childhood being a victim of his abusive father. When he learns the man is out on parole, and after his sister at their ranch, he steps in to protect her from the nightmares of their past. As he and Jaz reach out for help, will they realize it has been with them from the start? 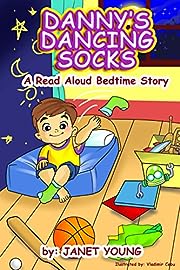 What are Your socks up to at night when you are fast asleep? Dancing?
Climbing out the window and heading for adventures down the road?
Would you ever think they might be having some adventures without
You? Hmmm. And, my goodness, are your Undies going dancing too?
Well, to find out what’s going on in the dark, give a read to this little book
and check out what Danny has to say. The kids will love it! 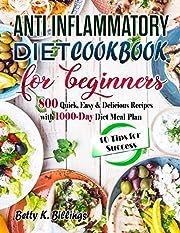 The recipes are easy to follow and can be used by anyone regardless of their background. Go ahead and explore an incredible variety of nutritious and delicious recipes that you make with the magical ANTI-INFLAMMATORY DIET.
You’ll discover the 800 Easy & Delicious Recipes under various categories such as:
Poultry
Pork
Beef & Lamb
Fish & Seafood
Soups & Stews
Snacks & Appetizers Side Dishes
Beans & Grains
Vegetable Recipes
Desserts 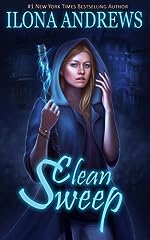 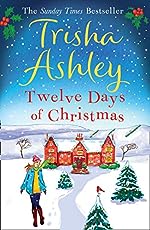 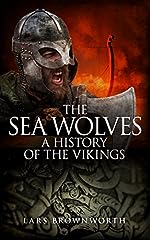 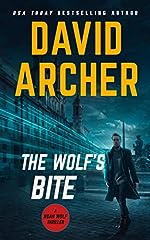 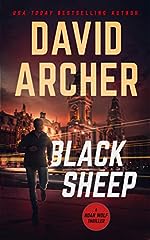 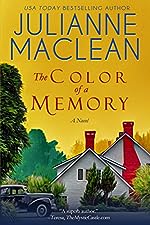 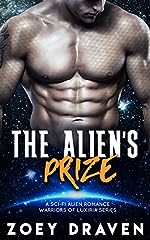 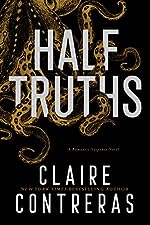 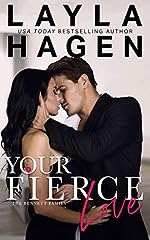 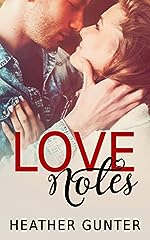 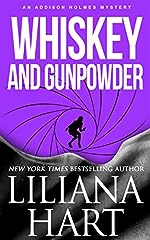 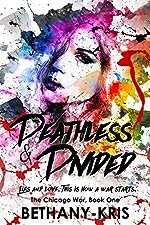 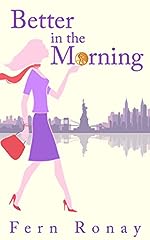 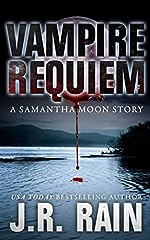