Pattie Boyd was the super model who married the Beatle, George Harrison. Together they were the most glamorous couple in the world.

Eric Clapton became infatuated with her and triggered the most famous love triangle in history.

Pattie Boyd is Layla. She inspired many classic songs including ‘Something’, ‘Wonderful Tonight’, and of course, Layla.

Pattie’s tale is one of ecstasy and agony, of carefree excess, the definitive story of sex, drugs and rock ‘n’ roll – told by the woman who was the envy of every woman on the planet for twenty years.

Exclusive to this version of Wonderful Tonight, Pattie reveals never seen before photos of The Beatles, of Eric Clapton and other legends of rock. The book also includes many drawings by George, Eric and even Rolling Stone, Ronnie Wood. Read for yourself the ‘Layla letters’ penned by Eric as he worked to woo Pattie away from George. There’s a personal letter from George to Pattie which he wrote whilst in New York and a hilarious surprise from John Lennon!

This book is essential reading for all fans of The Beatles, Eric Clapton and the heady days of wild rock ‘n’ roll! 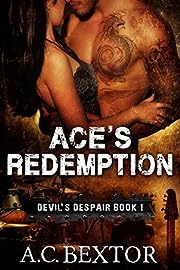 Memories alone can ruin you. Fear has a paralyzing effect, and love isn’t always enough to keep you safe.

Ace was the gateway to a freedom I hadn’t known since I was fifteen. He offered his protection from the demons that haunted me; both living and dead.

Although I knew I wasn’t enough to keep him, this didn’t deter my hope that one day he’d love me for who I was, not the broken girl he tried so desperately to save.

In the end, the ghosts of my past found me. Their malevolence knew no bounds, and I was forced to succumb to their will of darkness. Each threat named against those I loved made any escape impossible; choosing my life for theirs became my desolate absolution.

Inevitably, it was my own weakness and self-doubt that became my undoing.

I was in love once. For me, leaving her and my prior motorcycle club back in Ohio was the hardest thing I’ve ever had to do. For her, moving on with her life that included her son and the man she loved was no less than she deserved – unconditional happiness.

My reasons to bring Cherry home to California were obvious. I needed help with my family, and she needed help staying clean and convincing her parents she was ready to give her son the life he deserved.

It was a perfect plan. However, the best laid plans often get lost amidst their best intentions.

Cherry fell in love with me, and in return my love for her acted as the catalyst to her destruction. 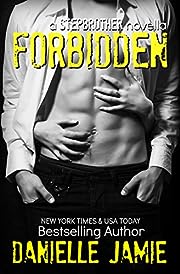 Spring Break 2015 was supposed to be spent lying on the white sand beaches of Mexico sipping fruity cocktails with my friends and my boyfriend, Heath. Instead, I found myself single and flying back home to San Francisco to spend it with my mother, her new boyfriend and his son, Linc.

Linc or as my friends like to call him ‘Forbidden’ is my future stepbrother and the one person who can get under my skin unlike anyone else.

We all call him Forbidden because, like the fruit in The Garden of Eden, Linc, is gorgeous, tempting and completely untouchable.

I’ve hated the arrogant jerk for as long as I can remember. But a week alone together followed by a drunken bet leads me onto a path that once taken there is no turning back. 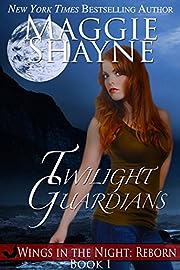 They told 20-year-old Charlie O’Malley that they had a cure for the rare blood condition that would eventually kill her–an untested, experimental cure. All they wanted in return was for her to join their elite military team and train to kill the Undead.

She took the deal, not because she cared so much about extending her life, but because it would make her strong–stronger than ordinary humans. Strong enough to kill the vampire who’d pretended to love her, taken her blood, used her body, and murdered her mother.

Killion was the last of his kind, or so he thought. When he found Charlie, he felt the pull. She had the rare Belladonna Antigen all vampires had as humans. Vampires were compelled to protect those rare mortals they called The Chosen. But with Charlie, the bond was different, more powerful than anything he’s felt before, and impossible to resist, even though surrendering to it will probably get him killed.

Ancient vampire elders Rhiannon and Roland come out of exile, risking their lives to help their mortal friend Roxy reclaim her granddaughter. But before the tale ends, their lives will be forever changed. 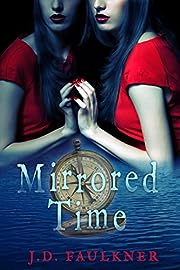 First it was water.

Gwen Conway never knew there were so many ways to die. Honestly, it was something she would have been happy not knowing.

Maybe, they really are just dreams. Nightmares. But they won’t stop. And dreaming of her death is getting old. Then there’s the sleepwalking. She’d like to pass on that too.

Gwen’s pretty sure the dreams have something to do with her new job. Which of course, is definitely not just a ‘job.’

Don’t get her wrong, working for the Archiver of the Time Streams has its perks. Having the power to travel to any past or future time is fantastic. Plus, there’s Rafe, the ex-gladiator from the future. She’d like to keep him around too. Not that she would tell him that. It’d go straight to his head.

But she’s less than pleased to find herself in the middle of a time travelers’ war. Especially against a crazed half-god who has the power to obliterate the existence of any time or place. And the Guardians, her so called allies? All the help they offer are strict rules and smug superiority. Plus, they seem convinced she’s already lost, that she’s already died.

Gwen is starting to wonder whether she should have read her employment contract more carefully.

Borrowing themes from Greek and Roman legends such as Pandora and the war between the Titans and Olympians, lovers of mythology and fantasy alike will enjoy this mind-bending romp through different times and universes. Well-grounded in the world of today, this urban fantasy stands out from the pack with its complex theories on time travel and unique brand of quirky humor. 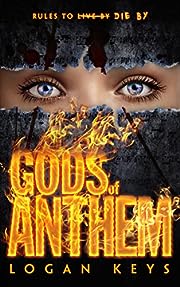 Oceans apart, a young musician and a “special” soldier embark on a perilous journey for home fueled by the unyielding pursuit of freedom from the Authority.

Sixteen-year-old prodigy, Liza Randusky, waits imprisoned, blamed for the undead plague that’s slowly destroying the planet. Banished to an island where she’ll never play her beloved piano again, Liza’s steadfast sense of justice and passion for music may have the power to change her destiny. But will it be enough…

To strike back at the new world order, the troubled son of a preacher, Thomas Ripley-Hatter, suffers unspeakable alterations by the Underground to join a secret Army. Tommy knows that all hope lies in human-weapons like himself, and that somehow he must cling to his sanity…while letting loose the monster to win.

The battle begins for the last-standing sliver of humanity: Anthem. 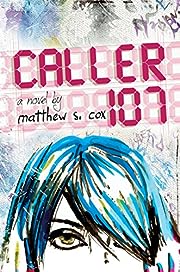 When thirteen-year-old Natalie Rausch said she would die to meet DJ Crazy Todd, she did not mean to be literal.

Two years is a long time to be stuck between two people that want nothing more than to destroy each other. A tween crush on the larger-than-life jock from a local radio station is the only trace of a once-happy life ruined by warring parents.

Whenever WROK 107 ran a contest, she would dive for the phone, getting busy signals and dead air every time. She never expected to get through, but at least with her best friend at her side even losing used to be fun.

Before her parents ruined that too.

Her last desperate attempt to get their attention, falling in with a dangerous group of older teens, goes as wrong as possible. With no one left to blame for her mess of a life but herself, karma comes full circle and gives her just a few hours to make up for two years’ worth of mistakes-or be forever lost.

Children’s Books: HOW THE COW JUMPED OVER THE MOON (Fun Rhyming Picture Book/Bedtime Story with Farm Animals about Trying Something New and Being Adventurous … Ages 2-8) (Happy Children’s Series Book 4) 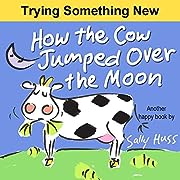 In this book you’ll meet a very stubborn, bored, and uninspired cow. She is steadfast in her determination not to try something new. She is amusingly invited to join one animal after the next in an adventure with them, but sticks to her old habits. It is not until a chicken encourages her to jump over the moon that she decides to change her ways.

All in rhyme, and all with a smile, this story is one to delight every child, and subtly spark the spirit of adventure

within them. It emphasizes the importance of trying something new — to be adventurous — in the most whimsical way.

— Your child will want to read along and encourage the cow to try something new. Great fun!

Those who delight in the books of Dr. Seuss, Sandra Boyton, the Bernsteins, Mo Willems, and Laura Numeroff will love HOW THE COW JUMPED OVER THE MOON. This is a wonderful bedtime story your child will want to read again and again. 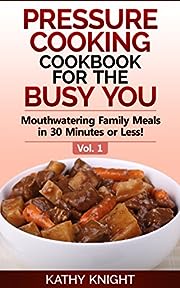 If you want to prepare fast & healthy meals that taste like grandma’s home-cooked meals within the next 30 minutes or less, this pressure cooking cookbook is here to help…Pressure Cooking Cookbook for the Busy You is created for busy people who still want the tastes and flavours of healthy, home-cooked meals.Unlike other cookbooks with most of their recipes prepared using canned or processed foods, the recipes you’ll find inside this cookbook contains only healthy, mouthwatering recipes with almost zero canned/processed foods.What’s more, each recipe can be prepared AND cooked in less than 30 minutes, which makes them perfect for anyone who wants to eat healthy without having to slave over the stove all day. They also come with calories count, so you can track your calorie intake if you like.In addition, you’ll also get the Top 14 Easy Pressure Cooking Tips designed to help you create scrumptious meals in a fraction of the time, both safely and easily.You do not have to be a seasoned cook to create savoury meals with pressure cookers. In just minutes from now, you’ll begin to prepare mouthwatering family-friendly meals that even children with picky taste buds will come to crave.