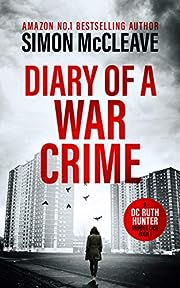 London, 1997. A series of baffling murders. A web of political corruption. DC Ruth Hunter thinks she has the brutal killer in her sights, but there’s one problem. He’s a Serbian War criminal who died five years earlier and lies buried in Bosnia.
When Detective Constable Ruth Hunter is called to the death of a pensioner in South London, she becomes convinced that it is not as routine as it first appeared. There are links to the death of another pensioner which suggest a link back to the Bosnian War of the early 1990s.

With the investigation thwarted at every turn, Ruth soon realises she may have stumbled upon a political cover-up in the lead up to the 1997 General Election. As she races against the clock, Ruth believes the man she is tracking is a Serbian War criminal who supposedly died in Bosnia five years earlier. Can Ruth find the notorious ‘Butcher of Strigova’ before he murders again to cover his tracks? 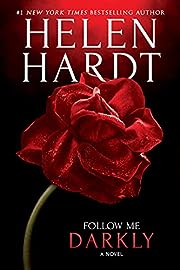 She’s a take-charge woman. But he’s a master of control.

Skye Manning knows what she wants. Her job as assistant and photographer for a major social media influencer isn’t perfect, but it’s a rung on the ladder to bigger and better things. She’s confident she’ll one day take feature photos for National Geographic.

Self-made billionaire Braden Black didn’t get where he is by taking no for an answer. When a chance encounter with the refreshingly innocent and beautiful Skye piques his interest in more ways than one, he’s determined to make her submit.

Dating a billionaire soon has Skye in the middle of a Cinderella story…until the clock strikes midnight and Braden reveals his dark side. Heat sizzles between them, and Skye finds herself falling hard.

But Braden Black is no Prince Charming, and his dark desires are far from his only secret. 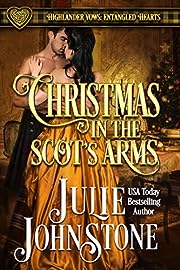 Laird Liam MacLeod is not lacking for lasses that wish to marry him. As chief of one of the few remaining stable and wealthy clans in the Highlands, the scheming misses are more than plentiful—too plentiful, in fact, for a man who desires to marry for love. Given the opportunity to escape to London for the holidays, Liam takes it with a halfhearted expectation that perhaps English ladies will be different. But the calculating debutantes of the ton and their marriage-minded mamas leave him with little hope, until a chance encounter brings him face-to-face with a beautiful, witty lady who knows nothing about him.

Miss Cecelia Cartwright has an unfairly tattered reputation and the distasteful yet pressing need for a marriage of convenience. She’d frankly rather eat dirt, but when one’s family is on the verge of poverty, pride must fall by the wayside. But the day a handsome, honorable Scot comes to her aid, he awakens longings in Cecelia that she knows she cannot pursue.

Torn between her heart and her duty, Cecelia finds herself dancing at the very edge of impropriety that once before destroyed her good name. When her old suitor returns to Town, she must choose between the laird she loves and the duke who could save her family. Just when she thinks she knows what she ought to do, Liam reveals a secret that may well prove charming Scots are the most dangerous rogues of them all. 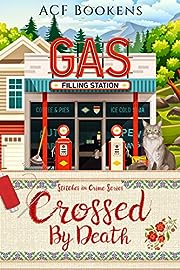 When salvage expert and historian Paisley Sutton crawls into an abandoned store with a house attached, she certainly isn’t expecting to find a body on site. But soon, her discovery sends Paisley on an expedition through history that links this murder to the one that led the previous owners to abandon the building in the first place. And someone doesn’t want her to salvage this story from the wreckage.

Can Paisley preserve herself and her young son while also uncovering the stories that matter most? 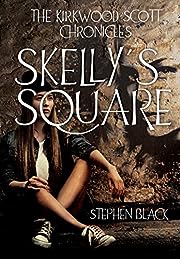 They want him to save the world. But, first, he must save himself.

Kirkwood Scott is having a bad day. Languishing in a dead end job and recently dumped by his girlfriend he struggles with a crippling form of OCD which manifests itself in the form of Colonel Augustus Skelly, a phantom voice from Kirkwood’s childhood who controls his every waking moment via a series of tortuous routines, ‘The 49’.

Kirkwood has little to look forward to, bar a weekend of drunken oblivion in Belfast with his equally deadbeat friends. All that changes when he meets Meredith Starc, a young homeless woman struggling to survive on the streets and come to terms with her own troubled past. Kirkwood realises Meredith may hold the answer to him finally being free of his mental demons.

But what if Skelly is more than just a voice? Kirkwood and Meredith join forces to unearth a supernatural battle raging on the city’s back streets between ancient forces of good or evil, the outcome of which will decide the fate of the planet. Between them, they hold the key to saving mankind from a new Dark Age but can they survive long enough to do so as Skelly unleashes a legion of vicious ghost soldiers upon the unsuspecting city? 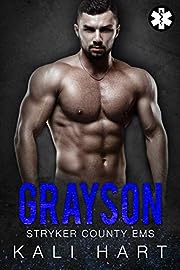 Violet
I told a white lie.
Gran thinks I’m on a sabbatical to help nurse her back to health after her car accident.
She doesn’t know I got fired.
Or that the man I thought I had a future with was secretly married.
I’ve accepted that all men will suck forever.
Until she invites the EMT who rescued her over for breakfast.
He’s gorgeous, charming, and so far out of my league it’s not even funny.
Craziest of all, he’s interested in me.

Grayson
When Elsie invited me over for a thank-you meal, I tried to decline.
I don’t need recognition for doing my job.
Saving people gives me purpose, and that fulfillment is all I need.
But she won’t take no for an answer.
I had no idea her stunningly beautiful granddaughter would be joining us.
Now that I’ve met Violet, I’m starting to second guess my priorities.
She feels too important to ignore.
I can tell she’s guarding a secret.
I’m determined to show her she can trust me.
If that secret doesn’t destroy us first. 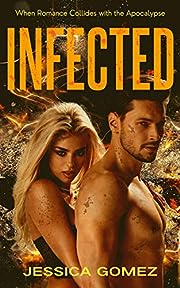 Lillie survived the apocalypse, but can she survive the aftermath of chaos it created?

The day the luminosity snapped off, was the day everything changed. Few survived, and for a brief moment in time, Lillie was grateful to be one of them, until she learned about the infected…

With only herself to rely on, and loneliness a constant companion, she tries to evade the horror that surrounds her. The world has become a brutally terrifying place, where inhuman like zombies leave a trail of destruction in their wake.

Lillie succumbs to a night of passion in the arms of a stranger, reveling in the explosive connection they have. But in this new world, all good things come to an end. Circumstances tear them apart, leaving Lillie once again on her own. This time, Lillie has more to fight for. This time, she can’t afford to let her guard down, even for a split second.

When a twist of fate forces them together again, secrets are revealed, the stakes are upped, and it’s more than just Lillie’s life on the line. She might have survived the apocalypse, but that was only the beginning…

The No Dream: A Billionaire Romance Book Collection 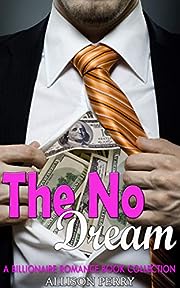 Take a look into the love lives of billionaires in this steamy romance collection! This passionate collection proves that love and romance are better when shared.
You know what they say – “Three’s Company”. Forty-three-year-old billionaire Christian Terry is in deep water after the government begins investigating him. Determined to get to the bottom of the allegations, Christian goes to the news reporter who broke the case. However, Alison Cooper refuses to give up her source. Despite Christian’s frustration with her, he finds that he’s got mixed feelings about her. He also realizes that she is full of surprises!
In “I Do…” Olivia discovers that her fiancé has been unfaithful the night before her wedding. Though she is feeling relieved because she’s been having doubts, she also feels incredibly ashamed. Embarrassment causes her to make a risky decision by accepting her step-brother’s hand in marriage! Though she feels better after a passionate night with Elliot on a weekend trip on his yacht, Olivia realizes he has been hiding lies.
Stella Crest is a successful businesswoman, but her love life suffers due to her self-consciousness about her weight. The big, beautiful woman stands in for her boss during a business trip and meets the owners of the company she works for. Anthony and Phil both want her and try to come to agreement. Perhaps the only solution is that everyone agrees that “Double the Pleasure”, double the fun!
Evelyn is beautiful and independent, but most people find her to be a bit clueless. She also has a loud mouth, which often gets her in trouble! When she’s hired by two business partners as a housecleaner, they hope she can liven up the house. Evelyn becomes torn between her feelings for the cold, aloof, yet gorgeous Gregory and fun-loving ladies’ man Dylan – and both men find that they’re attracted to her as well in “Sharing Eve”. 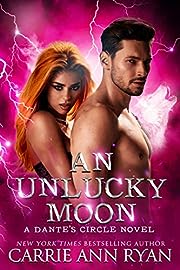 Hunter Brooks spent the last few years in hell, fighting in the demon games and forced to take chances that would haunt the nightmares of even the fiercest men. But now, he’s back in the human realm, ready to take on the Pack that left him behind…and take the mate he just met.

Becca Quinn is one of seven lightning-struck women—a human who isn’t quite so human anymore. She only needs to find her true half to unlock all that she could be. A dangerous, sexy wolf has saved her life twice, and yet she knows nothing about Hunter—only that she wants to know everything she can learn.

Between the Pack’s council and the strangers who could take everything away from them, Becca and Hunter have more battles to wage, and everything to fight for. But when Hunter’s dark past takes over their courtship, and Becca struggles to keep up with her new life, they’ll have to rely on each other and the fate that brought them together to survive. 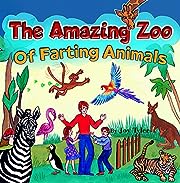 There was a special zoo that every child in the world was excited to visit. It had every animal that children could dream of seeing. But that is not what made the zoo exceptional.
All the animals there had special abilities that would make the kids laugh until they cried. The animals loved to poot and toot, and when they did, the funniest things would happen. Read along to find out what they are!

This hilarious read aloud story is appropriate for people of all ages who appreciate funny farts humor (that is not overly gross). 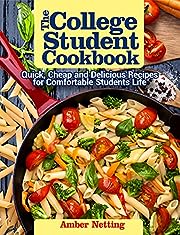 The College Student Cookbook – Great go-to guide for kids who are new to the kitchen and living on their own for the first time.
This book will give you an abundance of ideas for meals to eat that are delicious, easy to make, and give you the energy you need. 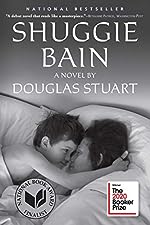 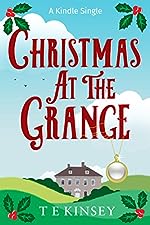 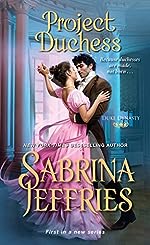 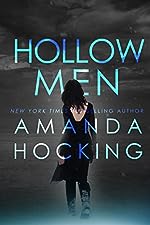 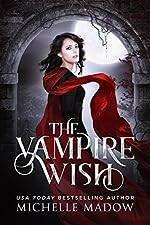 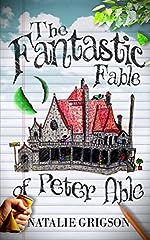 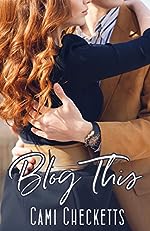 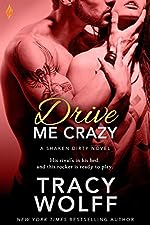 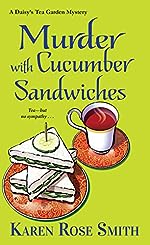 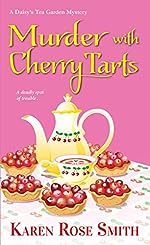 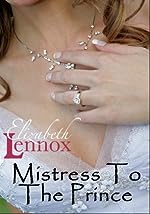 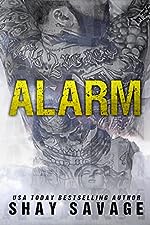 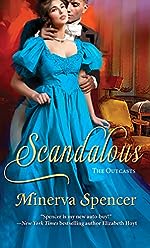