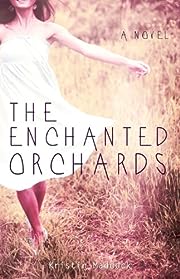 Deep in the heart of Georgia where the oaks drip with Spanish moss and the scent of peaches wafts through the air, bitter teenager Fern Merris is trying to survive the breathless heat of summer and all the trials and tribulations of a small-town Southern life.

But she is haunted by the tragic secret of her sister’s death and even her beloved orchards can’t seem to save her. Refusing to give into sorrow, a desperate Fern goes in search of the courage she once had in order to live and dream again.

She gets more than she bargained for when she finds friendship, understanding—and even love—in unexpected places. Soon, her summer of hopeless grief turns into an enchanted journey of healing that will be life-altering and unforgettable.

Sometimes all of life’s answers can be wrapped up in one hot summer. Especially if peaches are involved… 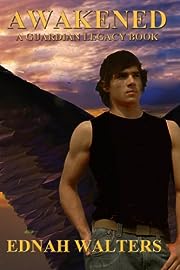 Most teens turn sixteen and get the license to drive, but Lil Falcon gets the license to kill demons. Orphaned as a child and raised by an eccentric grandfather, Lil is concerned with surviving high school and is unaware that she’s a Guardian-a being with super powers charged with killing demons and protecting humanity. When she meets Bran, a mysterious boy with amazing abilities, his psi energy unlocks her latent powers. But Bran has a secret that can ruin their growing relationship, and the truth she discovers may destroy everything she believes in unless she finds the right balance between love and sacrifice 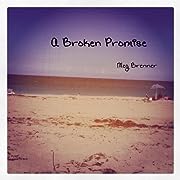 Jenna Horowitz had it all. She was the cheer captain, yearbook editor, class president, soon-to-be validictorian, and she was dating the school’s hottest guy, Brad. Her peers treated her like a celebrity, making her think highly of herself. She had the most perfect life and people looked up to her as a role model. However, behind that fake smile was a girl who was miserable. She was missing something, something that she didn’t even realize wasn’t there. Right when she thought she had her life in order, in walks the new attractive, smart, and extremely irritating neighbor – Keiffer Lawrence. She suddenly feels compelled to understand him, to figure him out… even if that means she needs to lose herself in the process. With only a semester before graduation, Jenna finds the true meaning of life… even if the outcome isn’t the most desirable. 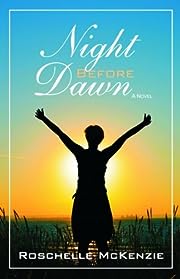 “The darkest part of a night is just before dawn.” This was the hardest lesson Sabrina Richards had to learn. After the untimely death of her twin brother, and a series of life’s bitter blows, she finds and puts her total trust in Eric, the love of her life. But, her new life would come crashing down when she discovers her handsome, successful fiancé was having an affair with her best friend Niqi, just months away from the wedding.

Night Before Dawn is an inspiring novel about a young woman’s struggle to find peace in the center of tragedy, new life in the midst of loss, and forgiveness in the heart of betrayal. 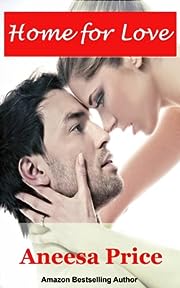 Seven years ago sexy Bree fled Devil’s Peak, Alaska, disillusioned with her high school romance and with a baby in her belly. Now, she’s back and seeing devilishly handsome Todd again challenges her carefully constructed plans for amicable co-parenting.
Todd’s delight at Bree’s return swiftly turns to disgust when he discovers her secret and he vows to keep her at arm’s length. Upon discovering the context behind her secreting their child, he decides to give their daughter the love and stable family home he never knew. Despite her attraction to Todd, Bree has no interest in rekindling their relationship and is focused on settling into the town.
But the town and its match-making busy-bodies are not willing to allow the lovers to remain apart and test their resolve in a series of planned misadventures.
Bree is home for good but will she be home for love?

The Girls From Alcyone 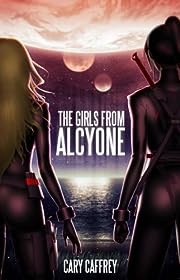 Sigrid and Suko are two girls from the impoverished and crime-infested streets of 24th century Earth. Sold into slavery to save their families from financial ruin, the girls are forced to live out their lives in service to the Kimura Corporation, a prestigious mercenary clan with a lineage stretching back long before the formation of the Federated Corporations.

Known only to Kimura, the two girls share startling secret—a rare genetic structure not found in tens of millions of other girls.

But when their secret becomes known, Sigrid and Suko quickly find themselves at the center of a struggle for power. Now, hunted by men who would seek to control them, Sigrid and Suko are forced to fight for their own survival, and for the freedom of the girls from Alcyone. 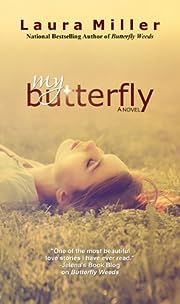 Will Stephens doesn’t chase dreams outside of his small, Missouri town. He’s perfectly happy with his high school sweetheart in his arms, his guitar and his quiet, summer nights. But life for Will is about to change. He’s about to find out what it’s like to chase a dream–one that he has loved since he first laid eyes on her.

A firefighter by day and a musician by night, Will balances his dangerous career with his weekend gigs, but his mind is never far from Julia Lang. They said their goodbyes years ago, but Will now hopes a song from their past will help Julia stop and remember a life they once shared together. His only fear is that he’s waited too long to get his song to her ears. 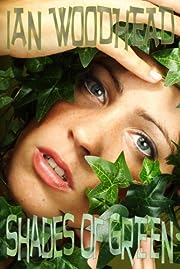 Like maggots eager for flesh, the pale tendrils pushed up through the woodland soil. The alien vine penetrated flora and fauna, its intimate caress altering everything at a genetic level.

Deep underground, the vast machine grew as it tunneled through the earth, slowly bearing towards the small town of Holburn.

The Aliens arrived millions of years ago. The invasion has just begun. 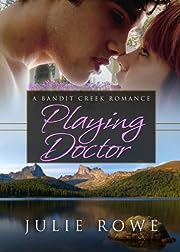 Dr. Abigail Westward has been home after two tours of duty in Afghanistan for about two months and she’s taken up an unusual hobby. A hobby that has the local sheriff scared stiff: tossing lit dynamite sticks into the still waters of Lost Lake in Montana. After locking her up for twenty-four hours, then a couple weeks later for forty-eight, the sheriff is getting desperate to find a way to combat Doc Abby’s explosive habit. He calls in a very special Doc-sitter, Jacob “Smitty” Smith, a fellow soldier of Abby’s and the only man who might be able to find out what was really going on with Bandit Creek’s doctor.

Smitty is in Bandit Creek for one reason and one reason only. He loves Abby, has from damn near the moment he met her in Afghanistan. He’s stayed at arm’s length until now because getting involved with anyone while on a combat mission is just plain stupid. But combat is over for both of them and he’s waited long enough. He wants her and he’ll play dirty to get her because he knows she’s hurting deep down in a place she doesn’t want anyone to see.

Seeing Smitty waiting for her on shore, Abby gives up the dynamite with little or no argument. It’s far too much fun to verbally poke at him and the sheriff, until she finds out he’s been hired by the town of Bandit Creek to ride herd on her. She’s resistant to the idea right up to the moment someone attempts to shoot her in the middle of town. Now she and Smitty have to figure out who wants to kill her and why before he’ll go, because if he stays she’s not sure she’ll be able to resist temptation. Smitty is her only weakness. He’s the one man she trusts absolutely, the one man she loves, the one man who knows her terrible secret. 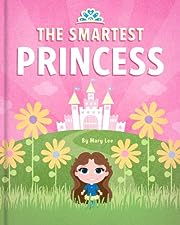 Every year, girls from all over the world compete to see who is the smartest. If they’re not already a princess, winning this contest would make them one.
Many face off in this extraordinary competition, but who will win?

In bestselling author Mary Lee’s new book, we see a beautifully illustrated land where girls and princesses use their wits and find out what’s really important. This fun and heartwarming tale is perfect for little princesses everywhere. 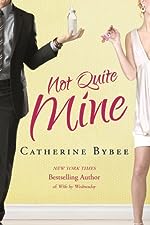 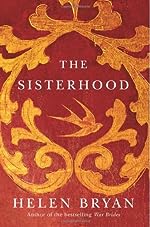 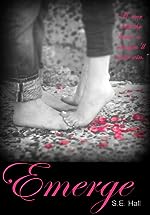 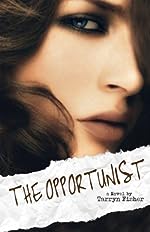