Two years after her best friend was involved in a car accident that caused a traumatic brain injury, Lottie Anders is ready to start her freshman year of college. Ready to move on. Ready to start forgetting the night that ripped her life apart.

Her plans come to a screeching halt when not one, but both brothers responsible for the accident end up back in her life again.

Zack is cruel, selfish and constantly rubbing what happened to her friend in Lottie’s face.

Zan is different. He listens to her awkward ramblings. He loves “To Kill a Mockingbird” as much as she does, and his dark eyes are irresistible. His words are few and far between, but when he does speak, she can’t help but listen.

The trouble is, Zan was the driver in the accident, and now Lottie’s discovered he lied to her about what happened that night. Now she must decide if trusting him again will lead to real forgiveness, or deeper heartache. 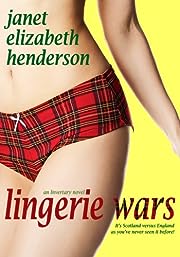 Englishman Lake Benson loaned his life savings to his dippy sister so that she could buy a shop. It was a big mistake. His sister has been steadily flushing his money down the drain – and now he wants it back. Years in the special forces taught Lake that if you want a job done, do it yourself. So he steps in to make the shop profitable, sell it and get his money back. The only problem is, the business is an underwear shop. And all Lake knows about underwear can be summed up in how fast he can unsnap a bra. To make matters worse, the tiny highland town already has a lingerie shop. A successful one, run by an ex-lingerie model. A very gorgeous ex-lingerie model, who’s distracting him from his mission more than he’d like to admit. If Lake wants to get his savings back, and get out of Scotland, he only has one option – wipe out the competition.

Kirsty Campbell has spent years rebuilding her life after she woke up in hospital in Spain to find her body scarred, and her ex-fiance had run off with all her money. The last thing she needs is a cocky, English soldier-boy trying to ruin all she has left. Her home town is only too happy to help her fight the latest English invasion, although Lake is beginning to sway them with his sex appeal and cut price knickers. With the help of her mother, and the retired ladies of Knit or Die, Kirsty sets about making sure that her shop is the last one standing in Invertary.

It’s Scotland versus England as you’ve never seen it before. It’s lingerie war

The Billionaire’s Beck and Call: Book One 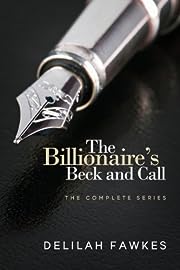 Isabeau Willcox is just the temp at the front desk, so when the mysterious, sexy and notoriously ill-tempered CEO, Chase Drake asks her to be his executive assistant, she’s sure there’s been some sort of mistake. However, Mr. Drake wants her, and Mr. Drake always gets what he wants.

When she enters his employ, she agrees to be at his beck and call, to be his, but what exactly does that entail? When he punishes her for breaking his rules by bending her over his desk, she realizes she may be in for more than she bargained for.

Isabeau is introduced into Chase Drake’s world, learning about his darker side, including his secret sex dungeon and deliciously naughty toys that spark her imagination and make her knees weak. He shackles her and makes her his slave, bringing her to heights she never imagined. But when he asks to make their arrangement more permanent, she remembers how quickly he’s dismissed previous assistants, and wonders if she can give him the trust he craves.

A bad boy business partner, a dangerous secret, and Isabeau’s conflicted heart threaten to end it all before it’s even begun. Suspenseful action and a romance that will leave your heart, and other places, aching for more weave throughout this story of two different lovers from two very different worlds. 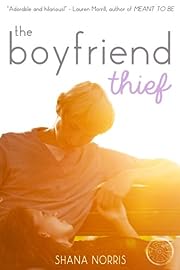 Avery James doesn’t believe in romance—she’s studied enough biology to know that love is nothing more than hormones and chemicals. Besides, she has more practical goals in mind, namely saving up for a summer humanitarian program in Costa Rica. But when her Diggity Dog House supervisor denies her a raise and Avery finds herself $500 dollars short for the trip of a lifetime, Avery has no choice but to accept an unexpected offer. The deal? She must steal her arch nemesis Hannah’s boyfriend before prom, giving Avery eleven days to seduce Zac Greeley.

Avery is sure the job will be easy. But a few midnight comedy shows and spontaneous dance parties (not to mention one particularly intimate carwash) later, Avery finds herself questioning everything she’s ever thought about love. Could Zac’s signature cherry-lime Slurpees be causing brain freeze, or is Avery actually starting to fall for him?

Will Avery be able to steal Zac away from Hannah before he steals Avery’s heart? 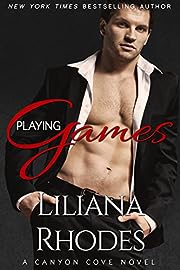 I wanted to be a gentleman, but I couldn’t control myself when she was near

Unemployed and broke, Cassie Monroe is hoping for a better life in Canyon Cove. When she’s offered her dream job, she accepts, but things get complicated after spying on her sexy new boss in the shower.

Former MMA fighter Gabriel Kohl is one of Canyon Cove’s most private billionaires and one of it’s most notorious playboys. When he spots the curvy physical therapist in his gym, there’s no stopping him from getting what he wants.

Unable to forget his kiss, Cassie follows her heart. But Gabriel’s late night visits and quick exits leave her suspicious. Is he just playing games or is Gabriel ready to share his secrets and his life with her? 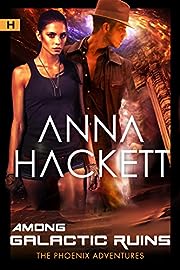 When astro-archeologist and museum curator Dr. Lexa Carter discovers a secret map to a lost old Earth treasure–a priceless Fabergé egg–she’s excited at the prospect of a treasure hunt to the dangerous desert planet of Zerzura. What she’s not so happy about is being saddled with a bodyguard–the museum’s mysterious new head of security, Damon Malik.

After many dangerous years as a galactic spy, Damon Malik just wanted a quiet job where no one tried to kill him. Instead of easy work in a museum full of artifacts, he finds himself on a backwater planet babysitting the most infuriating woman he’s ever met.

She thinks he’s arrogant. He thinks she’s a trouble-magnet. But among the desert sands and ruins, adventure led by a young, brash treasure hunter named Dathan Phoenix, takes a deadly turn. As it becomes clear that someone doesn’t want them to find the treasure, Lexa and Damon will have to trust each other just to survive. 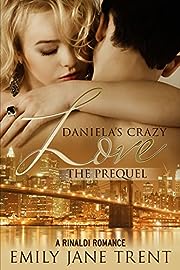 Daniela Rinaldi’s first love broke her heart.Cooper Burke left love behind for a career in major league baseball.This is the prequel to Daniela’s Crazy Love: The Novel – a steamy romance about a second chance at love. The devastating breakup with the high school baseball star hurt Daniela deeply. Even now, she may be unable to resist his charms. When Cooper shows up unexpectedly, he seems to be hiding something. Daniela suspects that he is frightening her for reasons she doesn’t understand.Cooper was the last person she expected to be following her. But there he was, as annoyingly handsome as before. His short brown hair and pale green eyes had not failed to make her want to fall into his arms.And right then, it was no different. For some reason, her mind couldn’t conceive that he had been gone nearly four years. Quite the opposite, it felt as though time stood still, like he had not left at all. He had been waiting for her, patiently anticipating her next words.“Cooper! You scared me to death!”Could Cooper be the one who is terrorizing Daniela, or is she imagining it?And if he isn’t, then who is the man in the shadows?

Messenger of the Dark Prophet (The Bowl of Souls Book 2)

Justan begins his two year sentence at the Mage School unsure how he is supposed to fit in amongst the mages and wizards, a physically weak group of people he has never identified with. Can he learn how to control his new powers without losing his identity as a warrior? Can he stick to his plans while the mother of the moonrats tries to destroy the school from within?

Fist and Deathclaw have escaped Ewzad Vriil’s grasp before. But the wizard’s secret army grows as does his influence in the kingdom. What will they do upon coming face-to-face with The Messenger of the Dark Prophet once again? 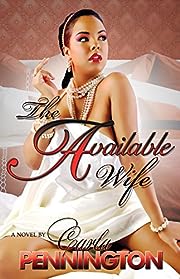 Niquole Wright seems to have it all; expensive cars, two beautiful children and a rising record label that she dedicates more time to than her family. Everything is perfect except for one thing…her husband Germaine. She has run her course with him and he needs to be replaced. When the handsome and seductive Kingston enters her life, he becomes the perfect substitute. Clueless to his wife’s plan, Germaine continues to be a loving naive husband while Niquole’s full blown affair quickly becomes her sick obsession. Desperate to start a new life with her new man, Niquole does everything in her power to push Germaine out of the picture. Little does she know Kingston plans are different from hers. Sit back and see what happens when a wife learns that the price of betrayal can have a shattering toll. 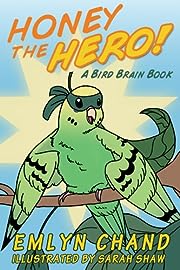 Honey is an inquisitive young parakeet who decides to become a superhero. Unfortunately, every time she tries to save the day, she only makes matters worse. Discouraged, Honey believes she is too small to help anyone and gives up her do-gooding ways. But what happens when someone actually needs Honey’s help? Will she rise to the challenge?

Salads & Dressings: 100 Super Delicious, Ultra-Hearty And Easy-to-Make Salads And Dressings That You Will Love 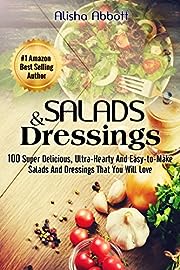 Discover How To Create Magnificent Salads & Dressings From Easy-To-Find Ingredients!

This Book Contains Effective Strategies And Easy Tips On How To Facilitate Yourself And Amaze The Guests By Preparing Delicious Salads & Dressings Recipes At Home.

You No Longer Need To Spend A Lot Of Money Eating In Restaurants. The Recipes Included In This Book Are Very Easy To Follow And Fun To Prepare.

Most Dishes Are Easy To Cook, Especially The Common Ones. They May Look Overwhelming To Prepare Due To Their Presentation But They Are Quite Simple. The Dishes In This Book Are Not Only Filling, They Are Tasty And Healthy Too.

Here Is A Preview Of What You’ll Learn After Downloading This Kindle book: 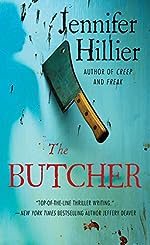 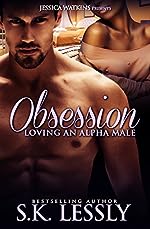 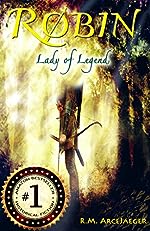 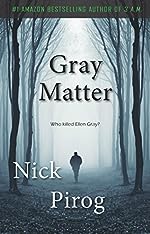 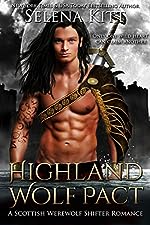 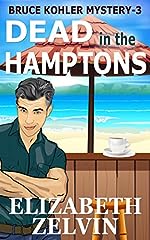 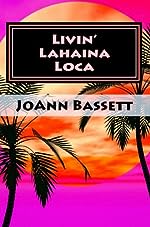 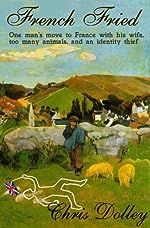 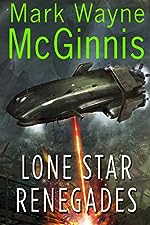 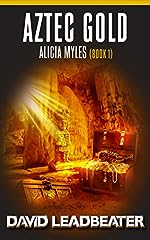 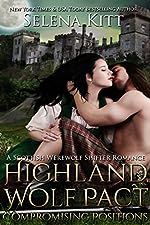 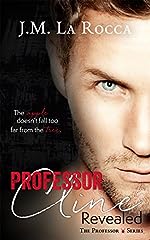 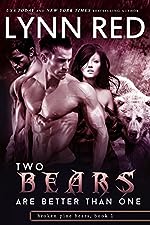 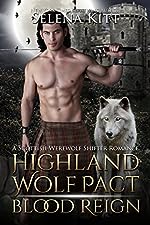 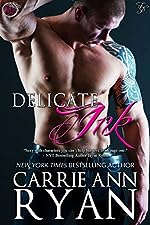