Love In Bloom: A Sweet Romantic Comedy (Some Kind of Love) 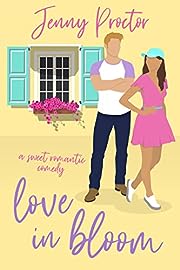 I’m basically a golden retriever puppy. I love everyone and want everyone to love me.

But Cameron is the singular exception to my “love everyone” rule, and the hatred goes both ways.

First of all, he’s one of THOSE guys. The kind that looks like he belongs on the cover of Yacht Club Weekly. Second of all, he’s way too good at his job. The man is a walking Wikipedia. His walking tours of historic downtown Charleston stay booked weeks in advance.

Did I mention I run tours along the same route?

When we’re both up for a magazine feature that could kick our respective careers to the next level, our rivalry turns into a heated competition.

Then we unexpectedly kiss (it’s a looooong story), and things get really complicated. Now my blood is boiling over Cameron for an entirely different reason.

Only one of us can win. Can I trust a man who used to be my enemy, or is everything—even our relationship—just a part of his plan to take me down? 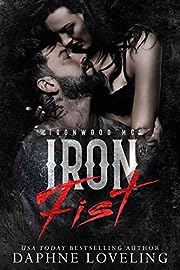 My days as MC president are numbered.
From the outside, the Ironwood Lords of Carnage are involved in a full-on war.
It’s an existential threat to the club.

On the inside, there’s another kind of war ravaging me.
It’s only a matter of time until it takes me out.
It’s a race against the clock. And the clock will win.

In the middle of the storm… I meet her.
Falling for Eden was never part of the plan.
I don’t deserve her. I can never have her.
But my stupid heart doesn’t listen to that.

The more I try to walk away, the tighter I’m drawn in.
Loving her means I need to leave her.
Saving her means walking away.
For her own good.

I lost the only love I’d ever known.
All I have left of him now is my son.

I moved to this place to make a new life for us.
I’m alone except for him. Down, and trying not to be out.

Then I meet the president of the Lords of Carnage Ironwood.
He’s like me. Broken. Damaged. Alone.
I told him I’ve given up on love.
He told me he’d given up on life.

But something woke between us
Something unstoppable
And we can’t seem to give up on each other.
He healed my heart. Will he let me heal his? 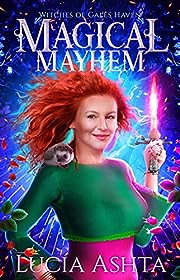 Not a day over fabulous. Marla figured returning to her small hometown would be the start of a simple life—albeit one with magic. She figured wrong. Magic was part of the deal, but the new role assigned to her wasn’t. What does she know about detecting? Nothing at all, a fact made plainly obvious during her first day on the job. What do a foul-mouthed leprechaun and Spanx have in common? Marla is about to find out…

A Diamond for His Grace: A Clean & Sweet Regency Historical Romance Book (Falling for Dashing Dukes 4) 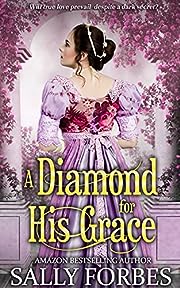 Will true love prevail despite a dark secret?

Evelina Darlington is the only daughter of Baron Selford. Evelina’s mother tragically passed away shortly after she had given birth to her. Her father has been traveling around the Far East while she has attended a prestigious ladies seminary school in Bath. Evelina is set to make her debut during the upcoming London Season, and her father has arranged for her to stay with her uncle and aunt at Searington Manor. After taking the ton by storm, she is declared the diamond of the Season.

Richard Weston, the Duke of Deansbrook, has decided to attend the upcoming Season. His late father made him promise that he would someday marry for love. When he lays eyes on Evelina at his sister’s coming out ball he feels an instant attraction to her. Could she be the love of his life?

Richard and Evelina soon start courting, but an outside force will do anything to tear them apart. Will Evelina and Richard’s blossoming love be able to withstand the obstacles in their way? 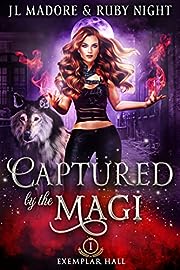 They came for my twin and left me behind because women hold no power in the magi world.
They’re about to find out how wrong they are…

Jesse Storme. Bartender. Rock-climber. And the girl left behind.

One minute, Wyatt and I are scaling our favorite rock peak and enjoying a moment of escape from our crappy lives. The next, we’re attacked and my brother is gone.

I think it’s connected to the creepy recruiter dude from Exemplar Hall.
I find out it’s so much worse than that…

Sucked into a Hunger Games meets Harry Potter event to rescue him, I don’t know who I can trust. I’m a girl posing as a guy. I’m not supposed to be here. And I’m definitely not supposed to have the power I do.

Doesn’t matter. I would suffer any pain to find and save Wyatt.
We’re more that twins—We’re Gemini Twins. 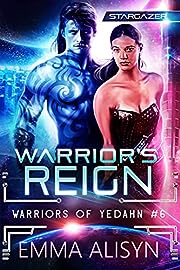 Imperial commander Vykhan craves his human mate in secret, but taking her means unraveling the layers of control he’s worked years to rebuild. As the newest warrior under his command, when she’s threatened by palace enemies, his will breaks.

She’s his to protect, his to take. . .she just doesn’t know it yet.

Reign is instantly wary of her new commander—despite his chilly, condescending attitude the attraction between them reels her in.

An odd sense of familiarity, and the suspicion he’s deeply involved with her hidden enemy, sets off every honed instinct.

They clash, and everywhere she turns he’s there—arrogant, demanding, eroding her barriers.

But turnabout is fair play. By challenging him in return, the ruthless warrior unravels—and the truth emerges.

Reign must either accept his dark side, and his claim, or walk away forever.

If he’ll let her.

If it isn’t too late. 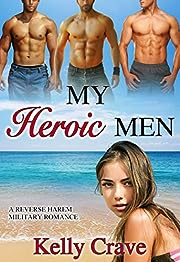 It started with a crazy night. One crazy night of passion, desire, and heat. My only one night stand of my life. I thought that Owen, my man of mystery might be something real, until I saw something the next day that made me think he had betrayed me, because I didn’t know he was really just serving his country.

but before I could find out what had really happened to Owen, why he was a man of mystery, I was off on the expedition of a life time. One that was going to not just set my career forever, but set me up for life.

But I wasn’t counting on meeting two more gorgeous men on the high seas, who have secrets of their own. They will stop at nothing to not just protect me, but keep every inch of me warm, hot and very satisfied.

The trouble is, my new men want to protect me, but they don’t believe that I’ve actually made the discovery of a life time. They don’t think the underwater city long since thought to be only a myth is really out there. Because they’re too busy trying to convince me that there are dangers out there on the high seas coming for me, and I don’t believe them.

Well I should have.

And I don’t even know that Owen is chasing after all of us, and he’ll stop at nothing to keep me and my other men safe.

Even if it gets him killed.

What an Earl Needs: The Husband Hunters: Book Two 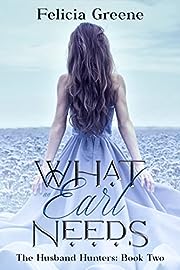 It’s every Regency woman’s duty to find a suitable husband. Failing that, she must seem as marriageable as possible to the first gentleman who deigns to look at her. For the wilful, hapless, thoroughly inept group of ladies determined to find husbands this Season, being conventionally marriageable may very well be beyond them – but then, true love doesn’t always follow convention…

Violet Dell is invisible. Fading into the background has been her preferred way of navigating the ton for most of her life, and she’s grown accustomed to it – just as she’s grown accustomed to losing herself in new pastimes and intellectual pursuits rather than risking her dignity by talking to new people. But now that one of her closest friends is happily married, displaying a contentment that Violet can barely imagine, it seems clear that seeking a husband might lead to a valuable increase in her happiness.
In order to have romantic success, though, she’ll need to become a little more worldly. Fortunately for Violet, there’s a notorious rake in her wider social circle: William Delacorte, whose powers of seduction are only surpassed by his ability to move from woman to woman without losing his heart. Asking for lessons in worldliness from him will give Violet more confidence when it comes to seeking a genuine suitor, or so she thinks – but has she prepared herself enough?

The last thing William Delacorte wants is to teach Violet Dell about romance. Not because he finds her unattractive – quite the opposite. Delacorte has had a soft spot for Miss Dell ever since he was first introduced to her, and has ferociously guarded his famously cold heart ever since by ignoring her as thoroughly as possible. But Violet asks him so very politely – so politely that Delacorte can’t help but surrender.

Passion springs up with a potency that neither Violet nor Delacorte are expecting. Violet finds new-found confidence, while Delacorte finds his very sense of self at risk. The most famous rake in London can’t lose his heart to the ton’s invisible woman… or can he?

All Animals Say Good Night When They Go To Sleep : A Cute Bedtime Story for Toddlers 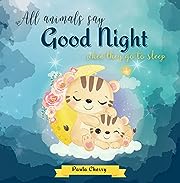 The author, as a mother of two children, knows that children often have problems falling asleep. The book was written so that small children would like to sleep.
This innovative book is filled with animal friends that are sure to make your children fall asleep fast!

Each friend then travels into the magical dream world of fluffy clouds and happy stars. Move to the dream world together with your child.

30 Minute Meals: Quick and Easy Recipes You Will Love 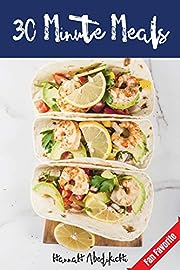 Quick and Easy Recipes in 30 Minutes
Are you tired of slaving away in the kitchen FOR HOURS every time you fix a meal? Cooking for your family, or even for just yourself, can be a hassle….but it can also be very EASY! These delicious recipes are easy to follow, simply prepared, and just right for someone who wants to get in and out of the kitchen quickly. 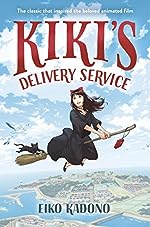 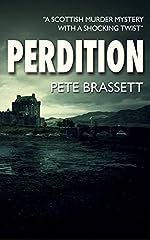 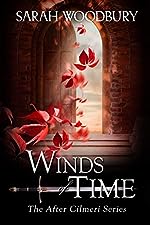 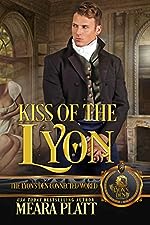 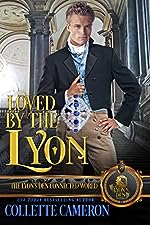 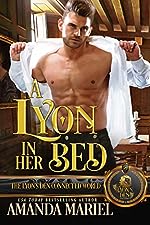 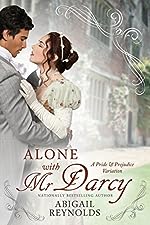 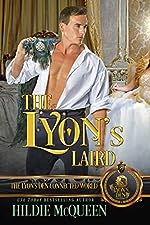 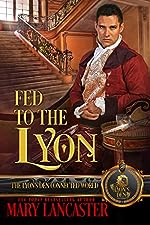 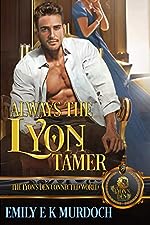 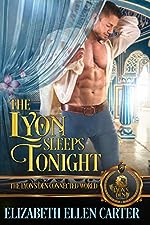 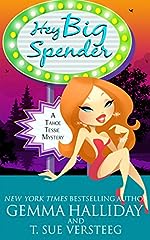 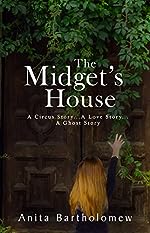 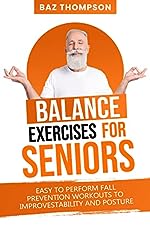 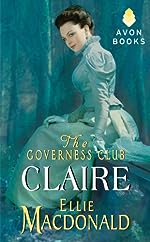 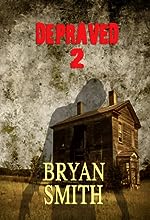