Under the Sheets (Capitol Chronicles Book 1) 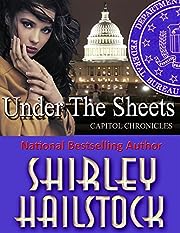 Robyn and Grant Richards’ happily ever after was short lived. He is captured and held prisoner in Lebanon and her government-coerced testimony against a crime network whisked her into Witness Protection as Brooke Johnson. Five years later a critical accident involving Brooke’s daughter forces her hand. She reveals Grant’s location to the doctors. Never believing he’d deliver Kari’s rare blood type in person, her powers of acting indifferent are sorely tested when she comes face-to-face with the only man she’s ever loved.

Grant could swear his dead wife stood in the hospital waiting room — until she turned around and only her hair reminded him of Robyn. Yet there was something about her and her precious daughter that had him flying in to see them more often than necessary. Despite Brooke telling him she didn’t want a relationship, he refused to take no for an answer.

Being with Grant endangered them all. The crime network may have gone underground, but they would never stop looking for Robyn or anyone she loved.

This political thriller series novel will keep you up long into the night.

Survival Quest (The Way of the Shaman: Book #1) 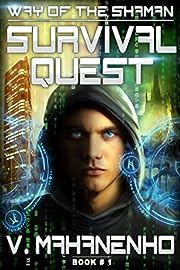 Barliona. A virtual world jam-packed with monsters, battles – and predictably, players. Millions of them come to Barliona, looking forward to the things they can’t get in real life: elves and magic, dragons and princesses, and unforgettable combat. The game has become so popular that players now choose to spend months online without returning home. In Barliona, anything goes: you can assault fellow players, level up, become a mythical hero, a wizard or a legendary thief. The only rule that attempted to regulate the game demanded that no player was allowed to feel actual pain.

But there’s an exception to every rule. For a certain bunch of players, Barliona has become their personal hell. They are criminals sent to Barliona to serve their time. They aren’t in it for the dragons’ gold or the abundant loot. All they want is to survive the virtual inferno. They face the ultimate survival quest. 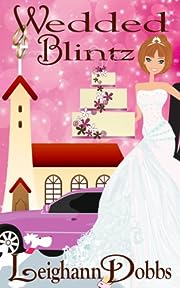 Lexy Baker is finally tying the knot with hunky homicide detective Jack Perillo. She’s planned the perfect wedding right down to her custom designed gown. Nothing can go wrong.

… Until Lexy stumbles across a double murder and one of the victims is a Bridezilla that Lexy had a major fight with just hours before. This time Jack can’t help her because he’s been taken off the case and the gum chewing ditzy rookie that’s replaced him has put Lexy at the top of the suspect list.

Lexy calls on her amateur detective grandmother to help her find the real killer while she’s juggling wedding plans, trying to run her bakery and entertaining her parents who are in town for the wedding.

Will Lexy end up with handcuffs slapped on her wrist instead of a wedding ring slid on her finger?

Rock Your Body: A BWWM Romance 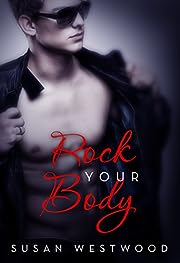 When he sets his eyes on a woman, he always gets what he wants….

World famous musician Colin Brennan is tired of sleeping with easy women and groupies. He wants to meet a woman who can challenge him in more ways then one. So when he meets curvy African American Tamra who is the owner of a security firm he is impressed by both her intelligence and her feisty attitude. He knows he has to have her and will stop at nothing till he does. So much so, that he hires her security firm to keep him safe from his crazy fans. Little does she know this is just a ploy for Colin to get closer to Tamra and closer to her body.

Is she set to be just another notch on his bed post or has this ladies man finally met his match? 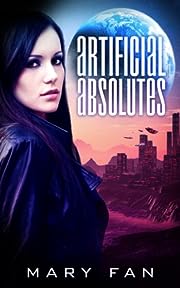 Jane Colt is just another recent college grad working as an Interstellar Confederation office drone—until the day she witnesses her best friend, Adam, kidnapped by a mysterious criminal. An extensive cover-up thwarts her efforts to report the crime, shaking her trust in the authorities. Only her older brother, Devin, believes her account.

Devin hopes to leave behind his violent past and find peace in a marriage to the woman he loves. That hope shatters when he discovers a shocking secret that causes him to be framed for murder.

With little more than a cocky attitude, Jane leaves everything she knows to flee with Devin, racing through the most lawless corners of the galaxy as she searches for Adam and proof of her brother’s innocence. Her journey uncovers truths about both of them, leading her to wonder just how much she doesn’t know about the people she loves. 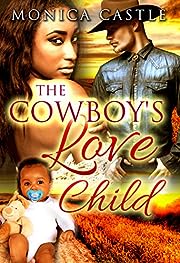 Life is good for wealthy cowboy rancher Kyle. In fact life is just perfect for him but all that is about to change. Drastically.

A one night stand from a year ago has managed to track him down to his ranch and she is bringing an extra visitor.

Cherish does not want to cause any trouble but she needs help and she also wants Kyle to know that he has a baby. A father deserves to know that he is a father, after all.

The big problem is, Kyle is already engaged to be married to another woman. Can this handsome cowboy keep his fiance happy whilst also being a father to his love child? And where does Cherish stand in all of this? 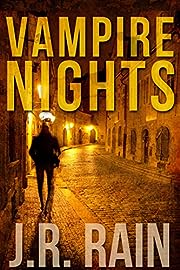 Samantha Moon meets someone unexpected on a late night trip to Denny’s, someone who seems to know all her secrets and has all the answers. 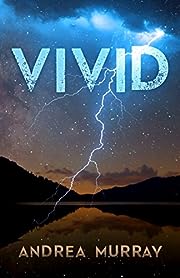 Her entire life she has feared her power and its connection to her mother’s murder.

When Vivian Cartwright was five years old, she witnessed her mother’s death. Now, sixteen-year-old Vivian only wants a normal life, hard to accomplish when you possess the power to control energy. She has kept her ability a secret from everyone except her guardian, Charlotte, who has hidden Vivian from the man responsible for her mother’s murder.

Her secret is safe until Vivian defends herself at school using her power. After this first use of her gift in many years, Vivian’s power seems to take on a mind of its own, increasing in strength and demanding to be used. This increase in power also brings dreams of her mother’s death and the mysterious man associated with it. In her desire to unlock her past, Vivian is forced to use her supernatural gift over and over. With each use, Vivian fears she is losing control and discovers her powers are growing—maybe too much—bringing her unknowingly closer to the man who murdered her mother. 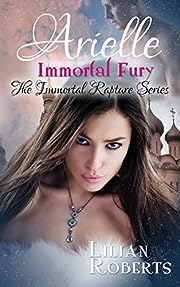 A memory of love…

On her return to the present from a time-travel journey to eighteenth-century Calais, France, college co-ed Arielle Lloyd anticipates a joyful welcome from her immortal fiancé, Sebastian Gaulle. She is stunned to discover that he doesn’t remember their time together there and wonders, has she lost him forever?

As Sebastian tries to shake loose his disturbing memories and solve the enigma of Arielle’s haunting eyes, the Russian Mafia ups the stakes in their deadly game to steal crucial documents from his company. Then an envelope arrives with photos of Arielle. The message is clear: if Sebastian fails to meet their demands, his love will pay the price with her life.

A love across all time…

Sebastian and his associates join forces with Interpol in a race to thwart the Russians’ plans. In the global battle, the Russians have made a serious mistake. They have threatened the beloved of an indestructible immortal, a woman Sebastian only now realizes he has loved across the centuries.

No Matter How Far 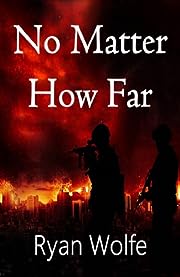 Six days before his retirement from a twenty year career in the U.S. Army, Joseph Bowman receives a call at midnight instructing him to report to his troop and draw weapons. In the chaos that ensues, Joseph is forced to choose between running suicide missions at Fort Carson or trying to get home to his family in Tennessee.

Abby Bowman is painting the laundry room in her new home when she hears the news about a mysterious attack in Nashville. Wasting no time, she seeks shelter at her father-in-law’s house where her two young sons are staying the night. Not knowing if her husband is dead or alive, Abby does her best to protect her children from the madness that is sweeping the nation. 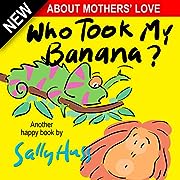 An orangutan wishes to have her favorite breakfast – a banana. But it is gone from where she had kept it! Who took her banana? This starts a trek through the rainforest as she inquires of a variety of exotic animals if any of them has taken her banana. From a mamba snake to a tapir, a sloth, a spotted leopard to an elephant, a crocodile to a toucan and a bunch of monkeys, none seems to have taken the banana. All the while she dreams in rhyme of why she loves bananas. The mystery is solved when she returns to her nest. Who took her banana? You’ll have to read the book to find out.

*A combination of prose and rhyme combine to make this a delightful read for any child.

*Over 35 adorable illustrations float through the story and bring it to life.

THE MEATLESS PROTEIN COOKBOOK: Quick And Easy Recipes To Help You Lose Weight And Live Longer 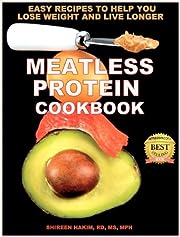 Recommended by the President of the California Dietetic Association, this book teaches you to eat like the healthiest people in the world. Get delicious and easy recipes to get thin, get healthy, and get energized.

The key facts you will learn are:

1. The dietary habits of the healthiest people in the world.
2. Delicious and Nutritious Protein alternatives.
3. Natural foods to eat to lose weight.
4. Easy ways to eat healthy.
5. What to eat, and how much of it, each day. 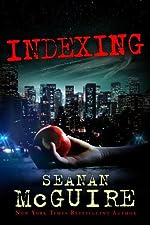 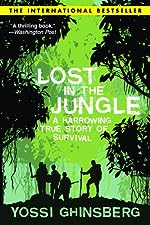 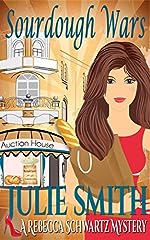 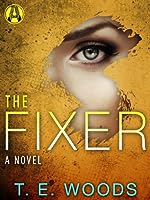 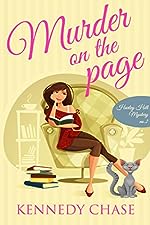 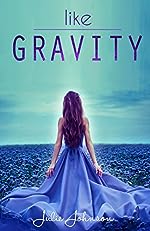 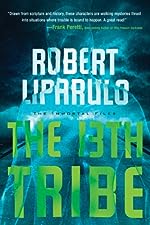 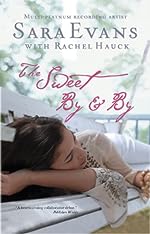 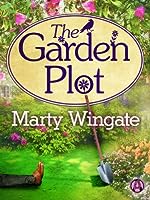 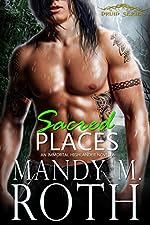 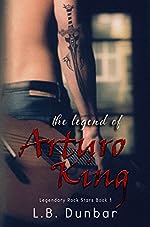 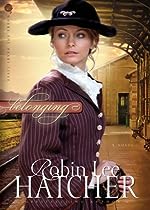