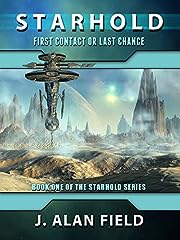 Human civilization has fled to the stars, abandoning a poisoned and deserted planet Earth. Now, hundreds of years later, there is an accidental and shocking discovery: not only has Earth’s environment been completely restored, but someone (or something) has taken up residence on humanity’s ancient homeworld. At the same time, unidentified warships begin attacking human outposts. Are these events connected?

To meet the threat, the Sarissan Union dispatches agents Frank Carr and Etta Sanchez to discover the identity of Earth’s new residents. The pair have to work fast however, because following close behind them is a Sarissan war fleet, whose actions will depend on what Carr and Sanchez uncover. Will First Contact be followed by peace or war? Meanwhile, political intrigue in the Sarissan capital threatens to rip the Union apart before Carr and Sanchez even complete their mission. The future of not only Sarissa and Earth, but of all humanity hangs in the balance.

This novel can be enjoyed as a stand-alone story, but is also the first book in the Starhold space-opera series. Space battles, spies, political intrigue, and surprises abound in Starhold. 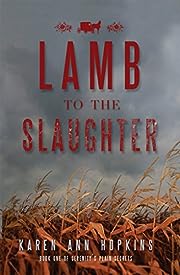 Some Amish communities aren’t so cozy.

The death of a teenage Amish girl in a cornfield looks like an accident, but sheriff Serenity Adams suspects foul play. To solve the murder, she must investigate the nearby Amish community with the help of a man who was shunned years ago.

At first glance, the case seems obvious. The poor girl was probably accidently shot during hunting season, but when the elders of the Amish community and even the girl’s parents react with uncaring subdued behavior, Serenity becomes suspicious. As she delves deeper into the secretive community that she grew up beside, she discovers a gruesome crime from the past that may very well be related to the Amish girl’s shooting.

Serenity’s persistence leads her to a stunning discovery that not only threatens to destroy her blossoming romance with Daniel Bachman, but may even take her life in the end. 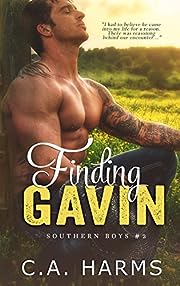 Gavin was a broken hearted cowboy from Savannah…

The one she fell for even though he tried to warn her away.

Maria’s entire life had been one rejection after another, always going after things that were just out of reach.

Gavin was no exception.

She wanted him, so desperately…

But life had a way of making things unattainable, at least for her anyway.

Just when things began to change, once again the darkness glooms, and Maria finds that her happy ending is again… 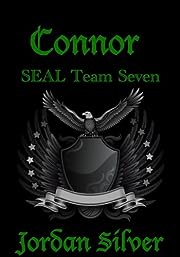 When ex SEAL Connor Malone and his six brothers in arms inherit a plot of land in the small Georgia town they decide it’s just what they need to fulfill their dream of staying together stateside. The seven men have lived hard and fought harder all their lives and now all they’re looking forward to is a life of ease running the construction company they’ve started together.

Connor isn’t really looking to settle down. During his years in service he and his brothers had made a pact never to get hitched while they were still signed up. But after their old CO the man who’d been like a father to the seven young men he’d taken under his wing and molded into the men they were today died. They learned some things that didn’t sit too well with them so they decided as a team to cash out.

Now their homes are built and the business is going fine. There’s just one blur on their otherwise perfect horizon. It seems someone has decided to use their quiet little slice of paradise for illegal activities. Not only that but the young and genteel Danielle Dupree has set her sights on the rough and rugged Connor and no matter what he does he can’t seem to shake her. So he does the only thing left for him to do, he takes her. But can the well-bred southern belle and the street kid turned soldier find a balance? 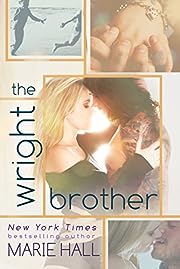 From the moment I opened my eyes I could only see the world in shades of gray. There was no noise, no sound, nothing. Deaf and colorblind, I was a freak. My world was bleak, silent and empty, until her. Until I met my neighbor, Elisa Jane Adrian. I want her. I need her. The fractured part of me feels whole when she’s around. Like the world isn’t so dark, isn’t so bleak, and so still. I know it’s impossible, but when I look at Elisa I swear I can see color, can hear the gentle inhalations of her breath. I know she feels it too, this magic, this desperate desire…

I first saw him when I was three. Julian Wright was different than any other guy I’d ever known. He sees the world in a way I know I never will. But he intrigues me. The way he looks at me with his sea green eyes, how he hypnotizes me with his smile.

It’s dangerous these feelings I have for him. Reckless and stupid. I’m so much older than him, I know better. And I’ll fight these desires, no one will ever know how I feel. I’ll even pretend to myself that I’m not as hooked on him as he is on me.

I’ll move away to college, I’ll forget him, but that’s the thing about the Wright’s, they have a way of getting under your skin, into your soul, and no matter the time or distance, once a Wright sets their eyes on you, there’s no going back…ever. 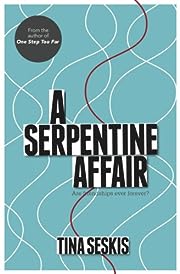 How do friends stay friends for more than 25 years when there is so much to feel aggrieved about? Juliette and JoAnne have never got over one of them sleeping with the other’s boyfriend. Sissy secretly blames someone for the death of her husband. Natasha knows one of them is having an affair with her partner. Siobhan annoys everyone. Katie is annoyed by everyone. Camilla desperately tries to keep the peace.

So when their picnic in the park goes horribly wrong and one of them ends up in the Serpentine, who knows what really happened? And just what secrets from the past are about to unfold, changing everyone’s lives forever?

Nightmare City: From the World of the Atomic Sea: BOX SET 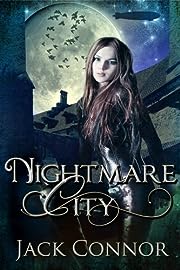 When beautiful young thief Katya goes on the run from a loan shark in the terrifying dystopian / steampunk city of Lavorgna, the last thing she expects is to be plunged into an epic adventure that will determine the fate of the world, but that’s just what happens in “Nightmare City”, a story set in the world of “The Atomic Sea”. This is the Omnibus Edition that collects both action-packed gaslamp fantasy books into one volume. Lavorgna is a city of fog and shadows, undead servants and soaring zeppelins, where mad scientists prowl the alleys, mob bosses strive for power and the dreaded Guild of Alchemists holds the land in an iron grip, while beneath the city lies a network of black caverns embedded with the ruins of an ancient race. Known as the Elders, they long ago worshipped Lovecraftian horrors.To survive and save the world from an unimaginable fate, Katya must navigate all these dangers and more. On the run, she seeks out the local mob boss Ravic, only to learn that he’s embroiled in a vicious gang war with his rival Loqrin Mars, a conflict that has supernatural overtones. A new horror has gripped the dystopian city, with mysterious creatures called haunts killing people by the dozen, and Ravic believes Loqrin Mars is behind it. If Katya wants Ravic’s help, she must find out what Loqrin is up to — and stop him.To do this, Katya must use all her thieving skills and cunning, because if she doesn’t succeed, the whole world will suffer an awful fate. ˃˃˃ No pressure, Kat. 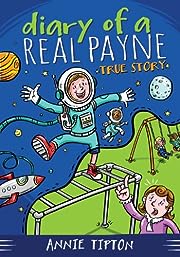 Old Schoolhouse Magazine’s Best Children’s Book for 2013.  True Story! . . . These pages from EJ Payne’s diary will have you ROTFL as you witness her spunky personality and well-meant-but-often-misunderstood antics. You’ll fall in love with this first release in the Diary of a Real Payne series as EJ records her thoughts and feelings about living in little old Spooner, Wisconsin (snooze!), eventually leaving her hometown to do big things when she’s all grown up (oh glorious day!), and having to star in the role of lead angel in the Vine Street Christmas pageant (are you kidding me?). This colossal-fun series is overflowing with humor and memorable life lessons. 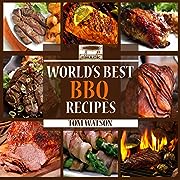 If You Don’t Have Kindle You Can Still Read This Book On Your Web Browser using Amazon Free Cloud Reader.

Tom’s recipes are broken down into simple, easy to follow directions that will deliver the perfect barbequed dish every time.

• Each recipe is accompanied with a captivating, beautiful and colorful picture of the final recipe outcome.

• Master the techniques that make barbecue great with these indispensable Step-By-Step directions for preparing each of the recipes that makes the process of cooking delicious barbeque much easier and quicker.

• Ingredients for every recipe are clearly written and given in very simple easy to understand manner.

• The cookbook comes with a linked table of contents for easy navigation.

• Tom gives secret variations on his basic recipes for even more taste-bud adventures! 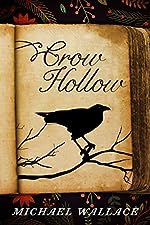 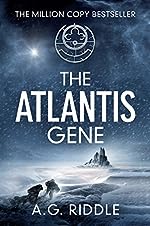 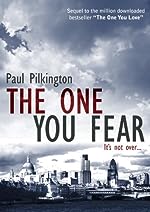 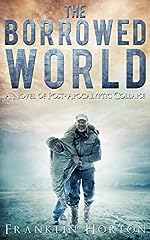 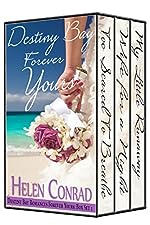 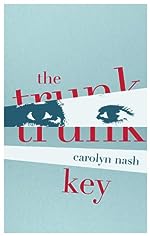 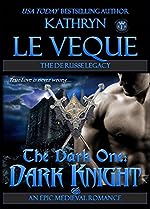 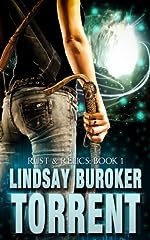 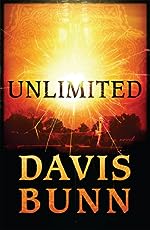 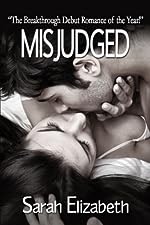