The Beauty Bride (The Jewels of Kinfairlie Book 1) 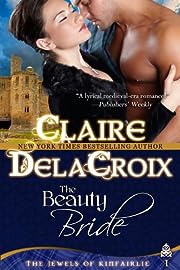 More cherished than gold are the Jewels of Kinfairlie, and only the worthiest may fight for their love…The Laird of Kinfairlie has unmarried sisters, each a gem in her own right. And he has no choice but to see them all wed in haste.

Lady Madeline’s heart is not for sale…especially not to a notorious outlaw like Rhys FitzHenry. Yet Madeline’s hand has been sold, to none other than this battle-weary warrior with a price on his head. A more dutiful maiden might cede to the Laird’s command and meekly accept her fate, but Madeline has never been obedient. She decides to run away, though she never dreams that Rhys will pursue her. She does not expect this taciturn man to woo her with fanciful stories, much less that each of his enthralling tales will reveal a scar upon his shielded soul. She never imagines that a man like Rhys could imperil her own heart while revealing so little of his own feelings. When Rhys’s past threatens his future, Madeline takes a leap of faith. She dares to believe him innocent

— and risks her own life to pursue a passion more priceless than the rarest gem. 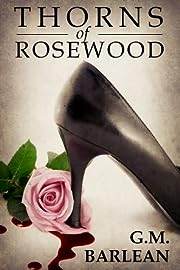 Gloria Larsen knows only three things about her birth mother: she was over forty, she lived in Rosewood, Nebraska, and she was accused of murder in 1974.

When Gloria is offered a job as newspaper editor in the small town, she jumps at the opportunity to discover the identity of her birth mother. Digging into the past, she finds a story of the disappearance of a judge’s wife and four friends accused of murder. Gloria tracks the now-elderly women to an assisted-living facility. This is Gloria’s chance to write the story of a lifetime and finally know her heritage. Even if she can’t learn the truth of her origins, she must find out what really happened to Naomi Waterman Talbot. 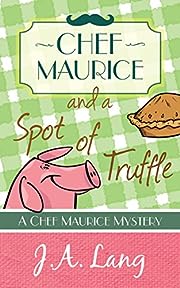 “They say one should never trust a thin chef. By this measure, Chef Maurice was very trustworthy indeed.”

Take one sleepy Cotswold village, mix in one Poirot-esque murder mystery, add a larger-than-life French chef with an appetite for solving crime, and season with clues and red herrings galore . . .

It’s autumn in the Cotswolds, and Chef Maurice is facing a problem of mushrooming proportion. Not only has his wild herb and mushroom supplier, Ollie Meadows, missed his weekly delivery—he’s missing vital signs too, when he turns up dead in the woods near Beakley village.

Soon, Chef Maurice is up to his nose in some seriously rotten business—complete with threatening notes, a pignapping, and an extremely well-catered stake-out. Can he solve Ollie’s murder before his home-made investigation brings the killer out for second helpings?

The Fall of January Cooper 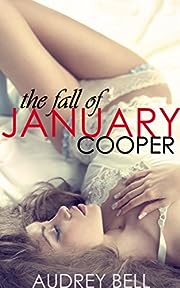 How do you lose everything?

She was the daughter of a Dallas multimillionaire, the debutante of the year, and the girl most likely to get whatever she wanted.

But when her father is arrested for securities fraud, the girl who had everything starts to lose everything. And once she starts falling, she can’t seem to stop.

She’s gorgeous and hurt. He’s twisted in too many ways to count. She’s the girl with nothing left to lose. He’s the boy who lost everything he lived for.

How do you lose everything? You start by falling.

Living with the Lies You Told 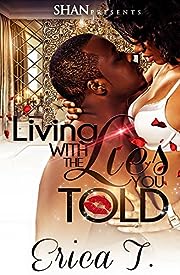 Growing up with a hoe for a mother can be a hard struggle for some, but for 17 year old Mahogany, it only made her push harder. When an unknown relative of Mo’s comes and rescues her from the life and lies that she has adapted to, her life will soon change for the better, or so she thinks.

Tez has never had a relationship with his mother and doesn’t plan to, but when he makes it his business to remove his sister from the evil hell he calls Tori, problems come looking for him around every corner. Will he be able to overcome all the lies and betrayal that are put in his way, or will he fall victim to his enemies?

Dion has always been a man with plenty women, but when he least expects it, love finds its way into his heart and he can’t deny it. All he wants to do is protect what he loves, but at what cost is he willing to go for his one true love?

Demetrius is the man with a heart. When he thinks he’s ready to settle down, he finds out the secrets and lies in his love life that make him run into the arms of another woman. Will she be the perfect match for him, or will his heart fail to let him commit again?

Take a trip down the steaming trail of lies and betrayal that these characters have been living through. Will they ever make it to that happy ending that they’re all looking for, or will they continue to live with the lies they’ve been told…

He Loves Me, He Loves You Not PT 2 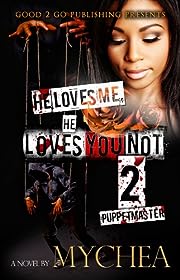 Revenge truly is the sweetest joy….It s been years since Phylicia was committed to a mental ward to pay for her crimes. As luck would have it, she is presented with an unlikely opportunity that she has no choice but to accept. This opportunity is perfect, as she had been looking for a way to return to the real world and have her long awaited chance to dance with the devil himself; if that s what it takes. Natalia, a sexy blast from the past has arrived on the scene to stir things up and shut them down. If evil had a face it would radiate off of her. Things seems to be working out in everyone s favor until plans go drastically wrong and the perfect set-up goes up in flames. It now becomes a game of cat and mouse between two unlikely evils and one unsuspecting male. Mychea invites readers into a world filled with deceit, dishonesty and numerous plot twists and turns ……the puppetmaster has spoken….let the games begin.

Turned Out By a Thug 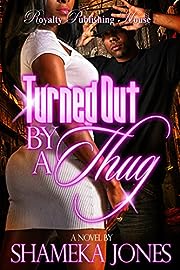 17-year old Tyroneshia is a girl from the hoods of West Dallas but has a good head on her shoulders. Getting ready to graduate valedictorian, she took pride in her smarts and still holding on to her virginity. She is the oldest of seven children and she was determined not to end up like her mother, whom she hated.

When her best friend’s brother comes to town for the graduation, she starts rethinking her decision to remain a virgin until she is married. One major factor is their nine year age difference. With only a summer in front of her she tries to get close to him. Will she be able to make him look past her age and let her in? Or will he string her along all summer? 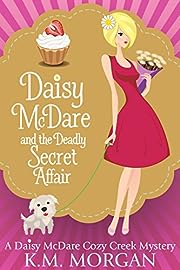 When Daisy McDare goes to Vancouver for the weekend to attend the launch party of her old friend Chloe Wilson’s latest book, she expects revelry to be in the air. Instead, the party devolves into a series of in-fights and blow ups between the publishing company’s staff. So when the egotistical editor-in-chief publishing Chloe’s book turns up dead the next morning and Chloe is named as one of the suspects in the murder, Daisy jumps into action to exonerate her old friend by finding the real killer. 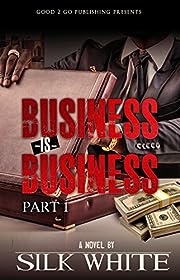 Meet, Derrick Mason one of the most ruthless drug dealers to ever walk the streets, he and his family controls over fifty percent of the drug traffic in New York City. Things are going good until, Derrick is forced to make a tough decision that could change his family’s lives forever. He knows the wrong decision could start an all out war with men ten times more powerful than him. With so much on his plate, Derrick has to push his emotions to the side and remember that business is business. 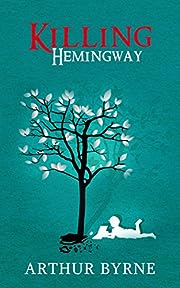 Teddy Alexander is about to have a bad day that changes his life forever. He’s found his teacher’s bad side, and she wants him expelled. Although learning is his favorite thing to do, and Teddy is good at it, what he really wants is a friend. Friendship can be hard to find and sometimes fades, but Teddy keeps trying.

Even at a young age, Teddy is kind, with a strong sense of right and wrong. When Mrs. Braunshausen gives away his turn to feed Mr. Chompers, the class tortoise, Teddy is not happy about it. He loves Mr. Chompers.

This is the story of a young genius who grows into a hopeless romantic. We follow his life from age six, through high school at age twelve, and on to his decision to go back to college (for a PhD in Literature) after finishing his bachelor’s and master’s degrees in physics at eighteen.

A coming of age novel about life, decisions, love, and genius.

Killing Hemingway is a perfect book for teen and young adult readers, those who never liked Hemingway, and anyone who enjoys a bit of humorous fiction with a side of cute. 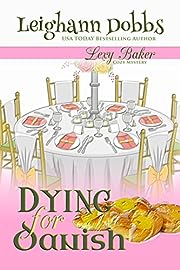 Murder can be bad for business….

When Lexy Baker lands a high paying catering job that allows her to buy some much needed kitchen equipment, she’s excited that things are going so well … until she stumbles over the body of the bride-to-be.

Suddenly Lexy finds herself in a race against time to find the killer. Aided by four iPad toting amateur detective grandma’s, her best friend and her little dog Sprinkles, Lexy finds the suspect list growing at every turn.

To make matters worse, the investigation is headed up by her hunky neighbor Detective Jack Perillo who she had been hot and heavy with – until he mysteriously stopped calling her several weeks earlier.

Add a handsome, rich bachelor who is also a suspect and seems to have designs on Lexy to the mix, and Lexy soon finds that things are not what they seem.

Will Lexy be able to catch the killer in time, or will she end up Dying for Danish? 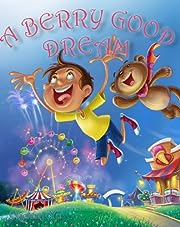 Brandon is an ordinary kid, except for when it comes to bedtime. Then he falls asleep, and, with the help of his magic teddy bear, Berry, is whooshed off to places full of fun, wonder, and ice cream!

Follow along on this delightful rhyming story about the imagination.

Eat Like A Farm Girl; 3 Ingredient Plant Based Recipes 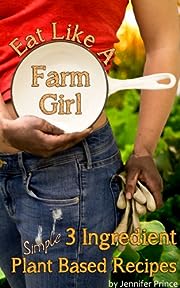 The hardest part about healthy eating is that vegetables are perishable!

Learn to master a plant based diet with these simple and achievable recipes that focus on flavor, nutrition, and just 3 plant based ingredients. Written by a busy farmer, these meals are all about using your hands- on kitchen time to produce restaurant quality condiments & ‘go-withs’ so that when your vegetables are ready, so are you!

Learn about stocking a plant based pantry, developing a daily menu, and creating your own 3 ingredient plant based recipes. Over 90 recipes in all, including 12 just for kale. Packed full of tasty photos, creative ideas, and a truly unique perspective! 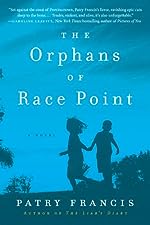 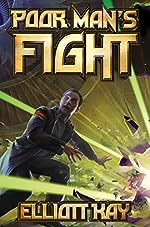 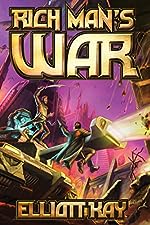 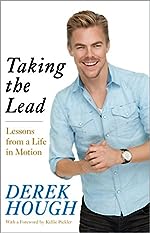 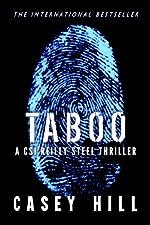 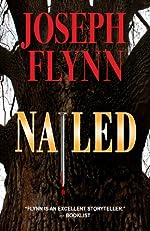 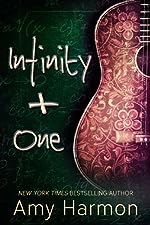 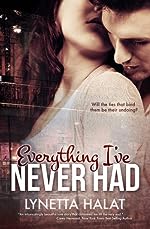 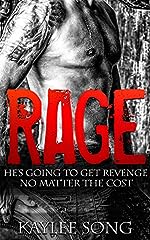 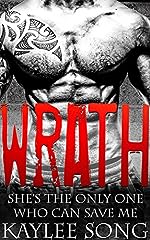 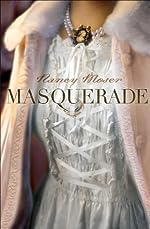 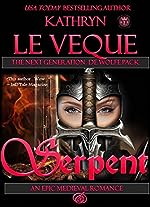 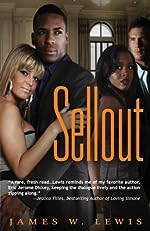 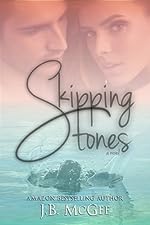 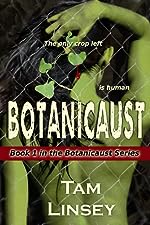 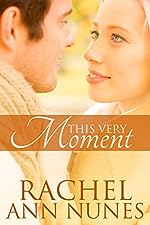 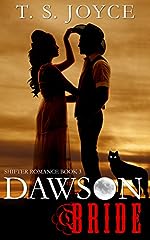