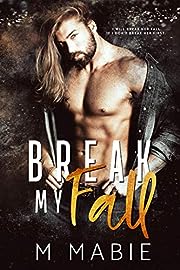 “The first time I returned to Lancaster was for my brother’s funeral. The second time was for Myra.”
For twelve years, I lived alone in my cabin, building a life with my two bare hands. I was free from their rules, their policies, and their lies.
They are a cult.
My father is their leader.
To protect my brother’s widow, I’m making her my wife. It’s her only way out.
But drawn to the purity in her deep blue eyes and the innocence of her gentle voice, I wonder if I’m not the biggest monster of them all. I have to save her from them and myself. Because every second I spend with this timid woman, I fight the urge to claim her.
Own her.
Make her truly mine.
And I know it’s wrong.
I will break her fall–if I don’t break her first. 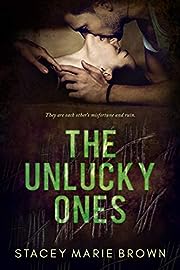 Devon Thorpe is no stranger to any of them.

After devastating news, Devon’s life becomes a prison of responsibility, heartbreak, and hardship. All her dreams to leave her small town vanish. A prisoner of circumstance.

At her breaking point, Devon has a reckless moment in a diner bathroom with a blue-eyed sexy stranger. A single encounter with him leaves a deep mark on Devon, giving her only a memory of his touch when nights are lonely, and her life becomes too much to take.

Years later a terrifying incident takes her and her family to Albuquerque NM, where she finds work as a server at a bar to support her mother.

Tattooed, moody, rough, brown-eyed, sexy as hell, Lincoln Kessler, the mysterious owner of the saloon, instantly draws Devon in. She can’t let go of the feeling there is some strange connection between them.

But the more Lincoln tries to push her away, the more determined she is to figure out the enigmatic man. One fiery kiss and Devon realizes she should have stayed away because when their worlds collide and tragedy strikes, she recognizes they are not each other’s savior, but each other’s misfortune.

The Certainty of Violet & Luke (The Coincidence Series Book 5) 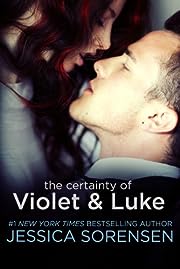 Violet Hayes’s life is a mess. Between her stalker, Preston, refusing to leave her alone, her parents’ case still being unsolved, and falling behind in school, she always feels on the verge of losing it. When some unexpected news comes her way, it’s the final straw and she ends up doing something that almost costs her life. Thankfully, she survives and makes a promise to herself to put her life back together and to try and figure out exactly how she feels about Luke Price, the one person that’s always there for her.

But as a recovering alcoholic and gambler, Luke has his own struggles to overcome. He’s also fallen in love with Violet, but fears telling her the truth, that it will scare her away or worse, she won’t reciprocate the feeling. Plus, there never seems to be a right time to say it, either the case, Preston, or life getting in the way.

Can the two of them ever get enough peace in their lives to conquer their fears and finally tell each other the truth about how they feel?

King of the Hood 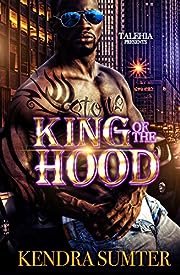 “Heavy is the head that wears the crown.”
​Stone, Banks, and Racks, are three of the most well established, feared, respected men, on the East Coast. Many men want to take their spot, while women want to be in their spot. Life moves fast, as time waits for no one. Out of all the things they deal with, love and relationships have never been on their radar. What happens when a shift in the atmosphere causes their needs, to turn into wants? Will the men who control many, be able to conquer the one thing that alludes them, while maintaining being the Kings of the Hood?
​Preshus, Aquaneesha, and Kimmy, know what it feels like to be underestimated. Going through trials and tribulations has shaped each one into the women that they are. Not everyone agrees with how they live their lives. As they maneuver through life conquering their careers, and the bag, personal relationships escape them. One is afraid to love, the other doesn’t know how, and one just don’t have the time for a relationship. Things happen that causes change in their lives. How will they handle it? Will they finally see there’s something more important than what they have been believing in?
Take a ride with characters that are unlike any others you have ever came across. ‘King of the Hood’ hammers in on the realism of what’s really important. Read and find out what that actually is.

Night of the Storm: A Norse Mythology Fairytale (The Eura Chronicles Book 2) 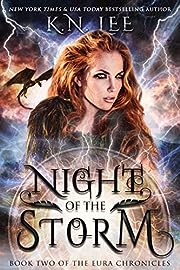 A curse. A plague. The last dragon.
Lilae escaped slavery, only to find her body still bound to the Shadow Elf who cursed her, and her mind linked to the emperor who seduced her. With their hold on her, she risks slipping into a void that can destroy her and her bond with her greatest ally–the prince from her dreams.

While Liam vows to protect Lilae and their world from a vengeful fallen god, Queen Aria does her best to preserve his kingdom for him, despite betrayal, political intrigue, and a deadly plague.
Lilae and Liam were born to be demi-gods in this epic fantasy, but even their powers aren’t strong enough against a threat from another world that they never imagined intervening. 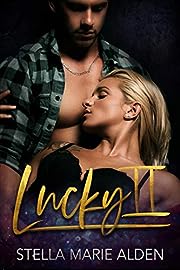 I’m her husband, a bodyguard. I should’ve kept her safe.

Lucky
One minute, we’re living the dream. The next, her baby shower explodes and she’s kidnapped by terrorists. There’s no excuse for what she does next.

Callie
Lucky’s nightmares have morphed into day-terrors. He’s drinking, too, which isn’t like him at all. He says he wants to reenlist but, in his condition, he’ll surely get killed.
I can’t lose him.
That’s why I stage an intervention.

A Stand-alone Patten Securities novel with heated scenes, swearing, and a Happily-Ever-After.

Wait ’til You Hear What I Heard 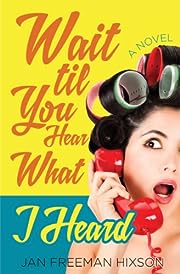 Living in a small east Texas town is taking its toll on eleven–year–old Carol Ann Lawson. Love–ins and sit–ins grace the national news while sew–ins and revival meetings make front page news in Lake View, Texas. Carol Ann is bored to tears living in the Bible Belt, but that is about to change. Her life is turned upside down when a girl from California arrives and challenges small–town, Southern customs from the top of her straightened hair to the bottom of her go-go boots. Carol Ann discovers there is more to life than she knew and it isn’t as boring as she thought. Grab your lava lamp and sweet tea and return to 1971.

In My Feelings Over His Hood Love 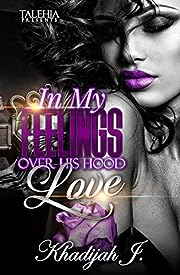 Montejha “Tejha” Monroe, was born and raised in a rough neighborhood, witnessing things that no child should endure. Growing up in a household receiving little to no recognition, she feels invisible to everyone. That is, until she runs into a man who makes her feel nothing less than beautiful, but unfortunately for her, he had an ulterior motive. Finally growing out of the relationship, she finds the strength to leave, but it comes with a price tag.

Kato “Khaos” Karter was a well-known thug, that was sought after by every woman he’d ever encountered. From his height, stature, charming, yet, deceitful, features, to his pockets, he could make a woman jump with the snap of his fingers. One day he gets himself in a jam, literally, and just when he thinks there’s no way out, an angel in disguise saves his day.

Just when Montejha swore off men, she finds her self entranced in Kato’s chaotic life. Kato had a busy lifestyle, and had no plans of slowing down, but he found himself slowing down for her. When you think you’ve got it all figured out, destiny tends to throw a wrench in your plans. Will Kato slow down and let love catch up with him? Will Montejha pick up the pieces to her broken heart, and allow his hood love to capture her whole? The answers are inside, buckle up, and enjoy this bumpy ride. 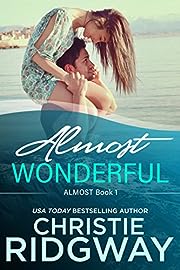 Meg Alexander has temporarily—and reluctantly—returned to her home of Crescent Cove, California. Last time she’d been on this beach she’d called herself Starr and saw only bright skies ahead. Then tragedy struck and she’d run from all that was familiar, the happy-go-lucky girl becoming a sadder-but-wiser woman. Now family obligations have brought her back and she’s determined to make it through the month with grit and grace. She only falters when one day she looks up—and loses her breath.

Caleb McCall has never forgotten the summer he spent at Crescent Cove and the beautiful girl who’d laughed and played there. Eager for a break from his workaholic ways, he rents one of the surfside bungalows and discovers his landlady is none other than the one woman who has never faded from his memory. Clearly, though, Meg is wary and even their instant chemistry doesn’t let down her guard. But Caleb has learned there’s no time like the present to grab the opportunities life presents, so he’s willing to fight for what he wants…the total surrender of Meg’s heart.

All six books of the END TIMES zombie apocalypse saga in one box set!

New Year’s Day: midsummer in Australia. On the west coast, twin brothers Aaron and Matt King have graduated high school and are savouring their last few months of summer holidays before adulthood – while on the other side of the country, something has fallen from the sky, heralding the dawn of a new age.

As a terrifying plague spreads across Australia and the world, Aaron and Matt find themselves beset by anarchy and violence, fleeing the city, scrambling to survive. As the months go by, the twins grow from desperate refugees into hardened survivors – yet all the while they are haunted by cryptic dreams and an inexplicable urge to travel east, towards the source of the cataclysm, to uncover the secret behind the rise of the undead. 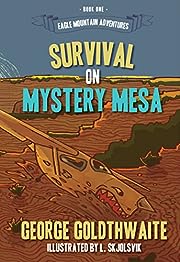 A weekend ends with a doomed plane crash in the wilds of New Mexico. The pilot is injured, leaving thirteen-year-old Alex, and her two friends, Josh and Mickey, to find food, water, shelter, and a way home. Severe weather is closing in, wild animals are on the prowl, and a mysterious stranger lurks in the shadows as the kids fight for Survival on Mystery Mesa.

Take the Dog Out! 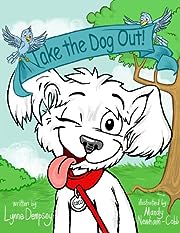 A humorous picture book with fun illustrations, repetitive text, and sight words for the beginning reader.
“Take the Dog Out!” is a humorous picture book about a family who is too busy to take their dog outside. When the family ignores the barks, baking pans fly through the air, coffee splashes on the carpet, and Grandma gets wrapped in a cloud of toilet paper. Eventually, the family decides a walk outside is what they ALL need. Count the barks, find the dog bones, and look for the color red on each page. 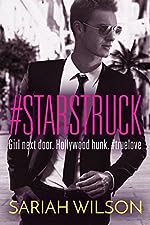 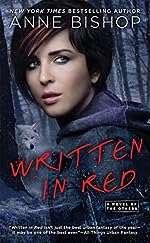 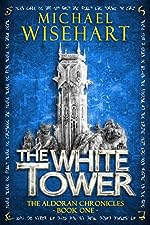 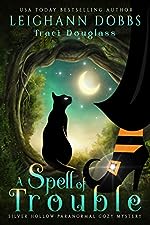 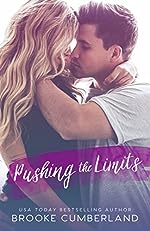 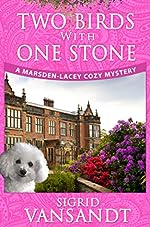 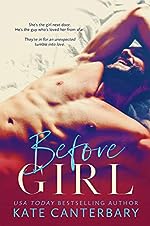 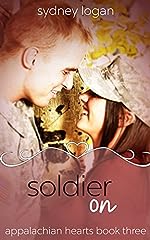