Ten in Texas: A Western Adventure 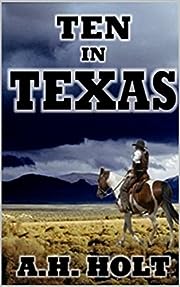 Camping overnight in a draw on the newly released lands of the old XIT Ranch, Will Gantry suddenly feels an odd and welcome sense of belonging. He becomes friends with Dan, a deputy sheriff, a beautiful woman, and a young boy. He begins to make solid plans for the future that include an old cowboy named Pete and the professor. Will decides his idea of wandering down to Old Mexico can wait, maybe forever. 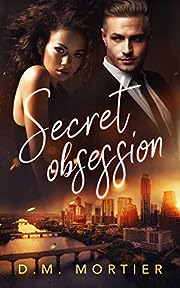 He’ll Stop at Nothing to Have Her
Colonel Colton James Ragnarson III should have known better. He wanted nothing more than to enjoy his retirement after his intensely active combat years in the US Army, take care of his family, and find the mystery woman who had made him personalized weapons. Those weapons made the Pentagon desperate to find her as well, as they had saved Colt’s life and the lives of his men on countless occasions. Never had he intended to engage in a secret liaison that required he go against his usual “give no Fs” demeanor. After making early mistakes in his teenage years, he was a model soldier and guardian to his ward. However, maintaining his strict discipline was proving to be impossible after meeting his ward’s roommate and best friend.

>>>Nothing had prepared him for Imani St. John.
She evoked emotions in him that he’d never experienced or thought he was even capable of. He knew others would think what he felt for her was inappropriate. However, he would stop at nothing to have her, and the objection of his family, or Imani herself, would not sway him. Keeping the obsession he felt for her a secret was becoming harder every day.

>>They’ll stop at nothing to find out what she knows
Imani St. John had structured her life around protecting her identity. Remaining hidden from the man intent on hunting her down should have been her priority. Instead, to appease the secret crush she felt for her best friend’s guardian, she may have exposed critical clues about who and what she was. Horrified by the thoughts of the dangers he faced while in combat zones, she ignored the risk of being discovered and made him weapons of innovative technology that would protect him, but they’d also garnered attention she couldn’t afford if she hoped to keep her identity hidden. Now she was being hunted by men who wanted that technology and other secrets she’d long buried. How could she ever hope to have an honest relationship with any man? Could she give up her father’s secret for the love of one man? 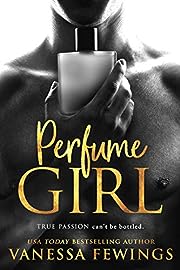 A stolen formula. A seductive suspect. A dangerous romance.

Raquel Wren’s world has fallen apart. Her husband has divorced her. Close friends have abandoned her. The money has run out. The pieces of a once idyllic life have completely crumbled. And now, the only thing that can save Raquel from total ruin…

Raquel is the owner of the small town boutique store Perfume Girl, a quaint location offering bottled scents from around the globe, including her own personal formulas. Creating perfume has been a passion since she was a little girl, but her latest work, a scent years in the making, is her masterpiece. The one that will make her mark on the industry and save her life in the process.

But now it’s gone. Stolen right from her shop. All would be lost if Raquel didn’t feel she knew who was behind the theft. Devastated to her core, she decides to do something about it.

Astor Beauregard is the sexy, enigmatic owner of House of Beauregard, the renowned cologne empire based in the notorious city of South Beach, Miami. It’s within this luxurious kingdom that Raquel will delve to unravel the mystery of the crime, a path that will lead her directly to Astor, sparking an unforgettable passion while uncovering a shocking truth. 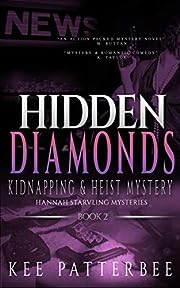 A cryptic call from my friend to meet him during the festival… I arrived at his hotel to find him lying on top of a car… body broken… semi conscience… he whispers to me “Dahlia.”

Hannah realizes that now, the planned working vacation with her grandparents, and love interest is in jeopardy. And so is her life.

First, somebody attempted to kill her friend.
Second, another rival is somehow involved.
Third, after encountering several suspects, including a mysterious stranger is not who he claims and seems determined to insert himself into her investigation, she becomes even more convinced of foul play, realizing it was not an accident.

A Sure Thing (The Donnigans Book 1) 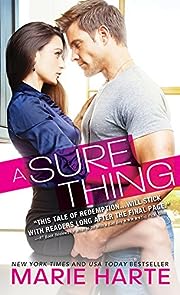 Meet the Donnigans
With the eldest Donnigan brothers adjusting to civilian life, their younger sister constantly in trouble, and their little brother clueless about life in general, falling in love is the last thing on anyone’s mind…

Can this Bossy Badass Marine…
The Marine Corps was everything Landon Donnigan ever wanted in life…until a bullet sent him home with a medical discharge. Teaching a self-defense class at the gym is old-hat for a marine, but when he meets sexy Ava Rosenthal, his combat skills are useless for protecting his heart.

Be her Mr. Right?
Ava can take care of herself and likes quiet, bookish men-not muscular warriors who think women need to be coddled. But Landon is more than he seems, and when they come together, the results are explosive. 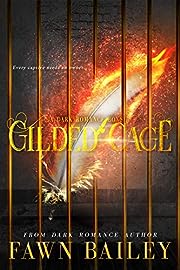 On her eighteenth birthday, Ophelia Sokolov, a Russian mafia princess, is taken.

Kidnapped by a ruthless young hitman, she lives in captivity for years. The thing she fears most is her captor himself. Yet, she finds herself falling for the monster her family created.

Years later, she must decide between the three men in her life. The one she was destined to marry, his rival twin brother, and…

The man of her nightmares, her captor himself.

Who will own Ophelia in the end? 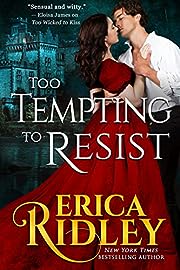 When a new heir inherits the castle, poor relation Miss Rebecca Bond must wed immediately or be out on her ear. The only man she ever loved is summoned to hear the will—but their past ended so badly that they haven’t spoken in years. Yet who better than a heartless rake to teach her how to snare a gentleman who appreciates her charms?

Daniel Godwin, Lord Stonebury, regrets nothing more than losing the one woman who treated him like a man, not a title. Fate has given him the perfect pretext to win her trust—even if it means watching her wed someone else. But now that she’s back in his life, he’ll do anything to convince her to choose him instead… 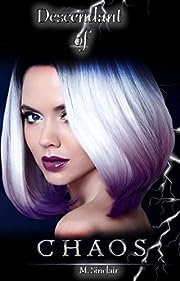 Stay away from mages.
It was a singular phrase my father had ingrained in me from the time of my birth.
Sorry, dad. I have a feeling that is going to be a f*cking problem.
You have to understand… my life has been bland at best. Everything in my life, every single day, has been scripted, organized, and neat. Calm, cool, and collected. The problem? It wasn’t real.
I wasn’t like the other witches in my father’s coven. I had a chaotic storm growing inside of me and the moment these mages stepped into the picture, it began to escape. My perfect image of my life shattered. Everything seemed to pale in comparison to them. Their magic was exotic and powerful. Their pull on me nearly… well, magical.
But what are these men hiding? Why are they in Seattle at my high school? More importantly, what in the heck do they want with me? I have a feeling nothing will ever be the same after meeting them.
They say it only takes a singular moment to change everything.
No one tells you what to do after!

My Heart from Inside: An emotional page turner about two babies switched before birth 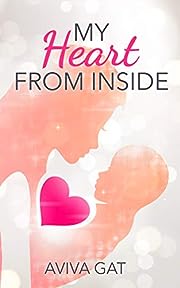 What would you do if you found out the baby you carried inside you for nine months was not yours?

Cameron and Andy have the perfect marriage, apartment, and jobs in New York City. The only thing missing is a baby. Unable to get pregnant, Cameron turns to in vitro fertilization in hopes of becoming mother. When the positive pregnancy test comes back, she thinks she can finally have it all. That is, until she gives birth and realizes her baby’s blood type is not compatible with her own.

There is just one explanation: a mistake at the IVF clinic. An investigation reveals that the baby is genetically related to Avery and Graham, another couple who went through IVF at the same clinic. They also recently had a baby—who happens to be Cameron and Andy’s genetic child.

When the mix up is discovered, a heated battle ensues: should the couples switch babies so they can raise their genetic child, or should each keep the baby the mother nurtured inside her for nine months?

The ethical and legal dilemma plays out in the character’s personal lives and the courtroom where multiple questions are raised: Does nature or nurture make someone a mother? What is better for the babies? 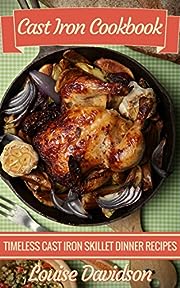 Timeless and Convenient Cast Iron Skillet Recipes…Easy to Prepare One-pot Dinners, so good you will want to make them again and again!
Download FREE with Kindle Unlimited!

Have you been looking for the perfect way to simplify meals and your time spent in the kitchen, without succumbing to prepackaged foods and overcomplicated menu plans? It often seems that the most effective approach is one that has been in front of us all along, in this case, that approach is cast iron cooking. Cast iron is durable, versatile and has proved itself over centuries of use in the kitchen and at the campsite. Now, you can take advantage of this timeless and versatile method of cooking to make your culinary creations more enjoyable, not only in taste but in the preparation as well.

With a cast iron skillet, you can not only prepare an endless range of dishes; you can create an entire meal in just one pan. The features of cast iron that make it unique also make it the perfect vehicle for taking meals that normally require several pans and bringing them together in beautiful, harmonious flavor in just one skillet. This book shows you just how easy one-dish cast iron skillet cooking can be and how even with simple preparations, you can enhance and layer flavors in dishes both classic and new. Along with the recipes in this book, there is practical advice for taking care of and using your cast iron skillet. If you have felt intimidated by cast iron cooking in the past, now is the time to shed your inhibitions and learn how just one piece of cast iron equipment can add pleasure and flavor to every meal. 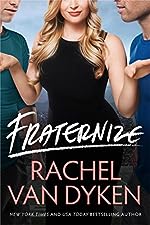 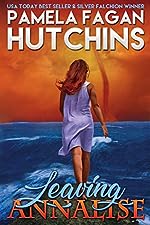 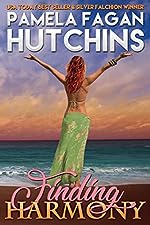 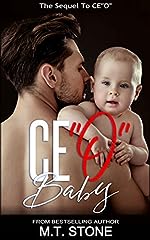 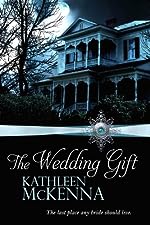 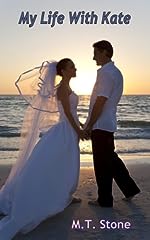 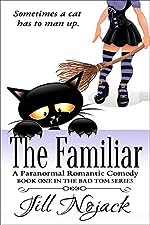