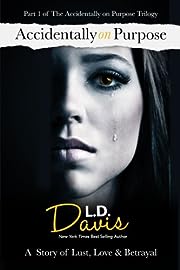 Emmy hates her boss Kyle Sterling. She does the unthinkable after a night of drinking and sleeps with him. Before she can even begin to put the enormous mistake behind her, she finds herself snowed in for a long weekend with Kyle. The pair not only get cozy while the storm rages outside, but Emmy sees a side of Kyle that she didn’t know could possibly exist beneath his hard, temperamental exterior.

When the storm is over, Emmy insists on moving on, especially since Kyle has a long-standing girlfriend, socialite and heiress Jessyca Venner. Soon Emmy starts dating Luke Kessler, and even as their relationship grows serious, she finds Kyle hard to shake. Kyle aggressively pursues Emmy without mercy, despite the fact that she clearly loves Luke. Armed with the knowledge that Jessyca possess sensitive and alarming information that has the enormous potential of destroying Sterling Corporation, Kyle refuses to cut ties with her until he is able to find a way to save the family business from devastation.

Emmy, unable to resist Kyle any longer, begins to make a series of bad decisions that result in heartbreaking, life altering, and even devastating consequences. 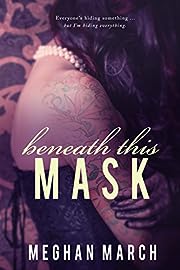 He loves me, and he doesn’t even know my real name.

The limelight that follows him could expose everything I’m hiding. But even knowing the risks, I can’t force myself to stay away.

I’m going to break his heart, but mine will shatter right along with it.

Will we lose it all when I reveal what’s beneath this mask?

The Blink of Her Eye 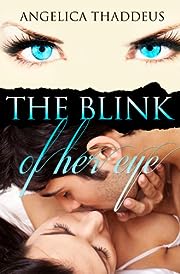 While investigating patient complaints as the hospital’s compliance officer, Anika is attacked by a man claiming she murdered his wife. After wickedly seductive Gabriel rescues her, she knows she isn’t quite dead when all she thinks about are his eyes devouring her in a single glance.

As Anika recovers, she receives a note urging her to ‘Stop the Murders.’ But she’s clueless as to who is about to be killed. Bewildered, she accepts Gabriel’s offer to unravel the mystery behind the message. 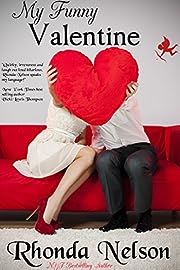 Vintage Rhonda Nelson! Though Rhonda is known more recently for her sexy, romantic comedies she began her career writing funny, heart-warming romance for Kensington’s Precious Gems line. The books were only sold in Wal-Mart and spent less than a month on the shelves. Now, thanks to the wonderful world of digital publishing, they’re available again.

Young widow Bella Valentine isn’t looking for love in all the wrong places–she’s not looking for love at all. With a young son, an aging Victorian house in need of constant repair and a busy business keeping the women of Magnolia Grove, Mississippi groomed and in current fashion, she doesn’t have time for romance…until it literally arrives at her front door…in the form of Gray Cameron.

Bestselling mystery author Gray Cameron is in town researching his latest novel and needs a place to lay his head for a few months. Bella’s above-stairs apartment fits the bill excellently and the scenery–hers specifically–is nothing to sneeze at either. But when the sexy widow and her adorable son prove to be more interesting than his current novel, Gray knows he’s in trouble. And trouble has never felt so good… 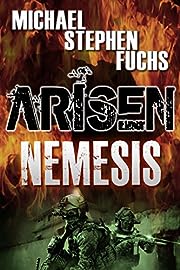 Between the fall of man and the arrival of the JFK, the Horn of Africa is a battleground. 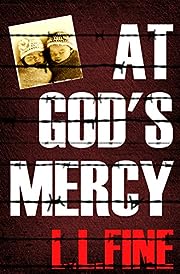 Poland, World War II. A desperate young Jewish woman sacrifices her life to save her baby twins from the terrible death that awaits them.

Decades later, in New York, Rabbi Jeremiah Neumann discovers the existence of his long lost twin. He rushes headlong to meet him – but is shocked to discover that his identical twin is a priest.

The two brothers travel to Poland to find out who they truly are. Page by page they uncover the terrible secret of their bloodcurdling heritage. A long-dormant evil is resurrected, and once again threatens to take the twins’ lives. Will they survive the new storm?

At God’s Mercy is a captivating book that is hard to put down. It will take you deep behind the frontiers of human atrocity, where cruelty meets courage, and faith meets fate. Its chilling storyline bites hard at religious establishment and raises hard questions regarding Judaism, Christianity, human nature, faith and existence.

The Forest Bull (The Fearless Book 1) 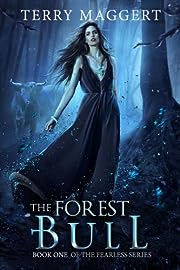 When Ring Hardigan isn’t making sandwiches for, and with, his two partners, Waleska and Risa (they’re cool like that), he’s got a busy schedule doing the dirty work of sending immortals to the ever after. Wally and Risa provide linguistics, logistics, and finding the right place for him and his knife.

A reclusive Baron from the timelost forests of Europe asks for their help—find a stolen collection of jewelry, and find the thief—his daughter Elizabeth, an immortal of purest evil who wants nothing less than control of Hell itself. With the help of a 2400 year old succubus hooker named Delphine, they might just live long enough to discover what is evil, who is human, and exactly who wants to reign in hell. 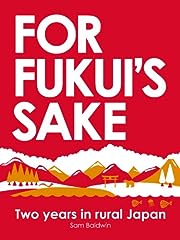 ‘Really evokes that excitement of ‘discovering’ Japan for the first time. I thoroughly enjoyed it’ – Jan Dodd, Rough Guide To Japan

Far from the high-tech, high-rise of the super-cities, there lies another Japan.

A Japan where snakes slither down school corridors, where bears prowl dark forests and where Westerners are still regarded as curious creatures. Welcome to the world of the inaka – the Japanese countryside.

Unhappily employed in the UK, Sam Baldwin decides to make a big change. Saying sayonara to laboratory life, he takes a job as an English teacher in a small, rural Japanese town that no one – the Japanese included – has ever heard of.

Arriving in Fukui, where there’s ‘little reason to linger’ according to the guidebook, at first he wonders why he left England. But as he slowly settles in to his unfamiliar new home, Sam befriends a colourful cast of locals and begins to discover the secrets of this little known region.

Helped by headmasters, housewives and Himalayan mountain climbers, he immerses himself in a Japan still clutching its pastoral past and uncovers a landscape of lonely lakes, rice fields and lush mountain forests. Joining a master drummer’s taiko class, skiing over paddies and learning how to sharpen samurai swords, along the way Sam encounters farmers, fishermen and foreigners behaving badly.

Exploring Japan’s culture and cuisine, as well as its wild places and wildlife, For Fukui’s Sake is an adventurous, humorous and sometimes poignant insight into the frustrations and fascinations that face an outsider living in small town, backcountry Japan. 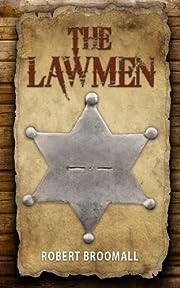 Only two men have the courage to stand against the notorious Hopkins gang — a former Confederate officer and an ex-slave.

The average life expectancy for a marshal in Topaz, Arizona, is three weeks. Down-on-his-luck Clay Chandler takes the marshal’s job out of desperation. Clay has barely settled into the job when Vance Hopkins drunkenly guns down a black man. Clay arrests Vance for murder, but Wes Hopkins and his gang run Topaz, and they demand that Vance be released — or else. Clay has given his word to uphold the law, though, and he’ll do that even if it means losing his life. No one else in Topaz thinks a dead black man is worth taking on the Hopkins gang — no one but a former slave named Essex Johnson, who was the murdered man’s friend. Ex-Confederate Clay and Essex can’t stand each other, but Clay reluctantly swears Essex in as his deputy. The two of them are aided by a prostitute named Julie, who had her face carved up by the Hopkins gang. Wes Hopkins gives Clay a deadline to release Vance, or the gang is going to come and take him. The question is, will the Hopkins gang kill Clay and Essex, or will they kill each other first? 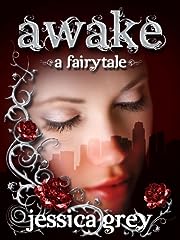 Alex has always been more interested in rocks and science than stories about princesses and magic. Now she’s far too busy with her summer internship at the Gem and Mineral Museum to think about children’s stories. Between avoiding her former best friend and high school baseball star, Luke Reed, and trying to hide her unrequited crush on her mentor at the museum, the real world is occupying all of her time.

…Until she walked into one.

It turns out fairytales aren’t all fun and games. A curse has turned her neat and orderly world upside down, and to break it, she bands together with a fellow intern and a recently awakened princess who’s been asleep for 900 years. Can this trio of unlikely heroines put an end to an ominous enchantment, discover true love, and keep an ancient and evil magic from being unleashed on modern-day Los Angeles? 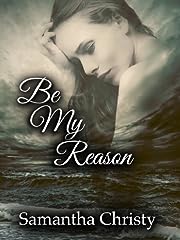 They shared one incredible night together back in high school. A night girls only dream about. A night songs are written about . . .

Brooklyn Vaughn is the girl next door with small town values. She runs her charming little bakery and has the ideal life, living with her best friend and engaged to the perfect man. When the unexpected happens and she is left shattered once more, she vows to never love again.

Nate Riley is an up-and-coming architect who was irrevocably broken by the actions of his mother. That deceit, along with a subsequent life-changing betrayal, have left him a philandering playboy, unable to trust women.

When an unlikely meeting brings them together, Brooklyn wants no part of who Nate has become. And Nate must confront his deep-seeded demons before he sends her life crashing into another tailspin. 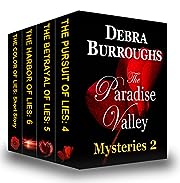 Emily Parker is a sassy young private investigator in the affluent small town of Paradise Valley, who has been uncovering clues that her late husband was not who he said he was. Her business is growing, as is her relationship with the handsome police detective, Colin Andrews. With the help of her close circle of girlfriends and the sexy police detective, Emily takes on one case after another as Colin tries convince her to stop throwing herself into the center of danger and marry him. 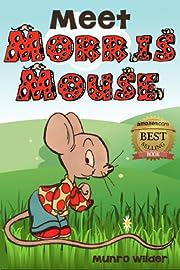 In Book 1 of the five stories in the Morris Mouse series, an early reader is introduced to a polite little boy who gets to have a birthday party with his friends.

Mom and Dad, this illustrated read aloud is a delightful way to introduce your young children to the world of poetry–all while creating lasting memories of the adventures of a little mouse named Morris. 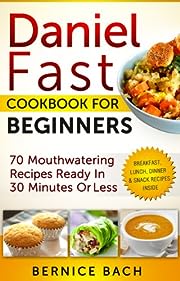 …without feeling hungry or spending hours in the kitchen?Unlike other books, Daniel Fast Cookbook For Beginners is designed to help you jump right into achieving all the above through the Daniel Fast Diet, starting from right away.Inside you’ll find 70 detailed, step-by-step Daniel Fast Diet Recipes ready to be served under 30 minutes. There are recipes for breakfast, lunch, dinner and snacks and they also come with nutritional details like calories, so you can also track your calorie intake, if you like to.PLUS! You’ll also get the 3 Steps To Jumpstarting Daniel Diet and the Daily Scriptures Dose For Daniel Fasting, to help you achieve what you want with lesser time and effort. 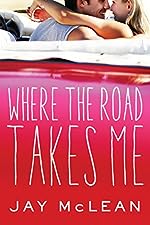 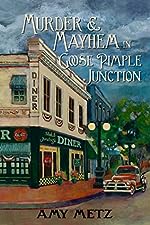 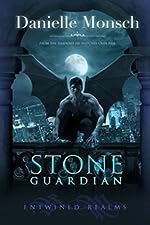 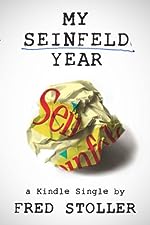 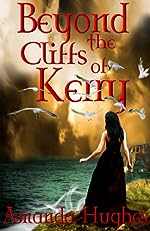 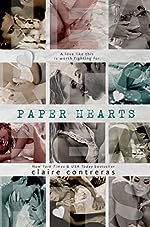 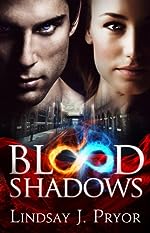 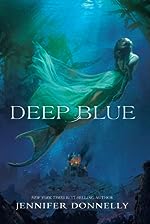 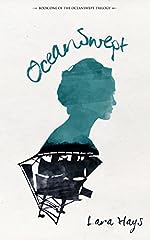 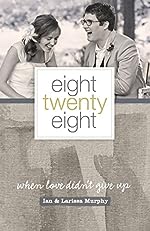 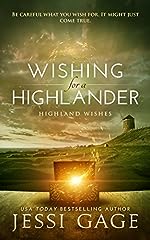 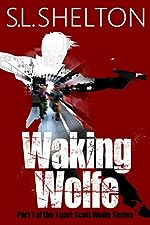 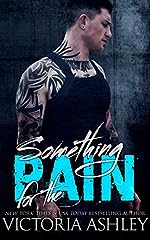 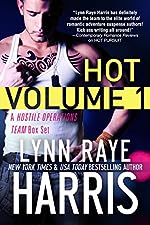 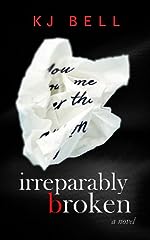 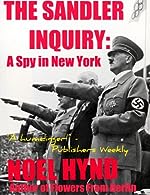