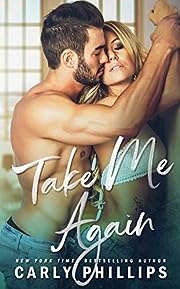 All alpha all the time, Sebastian Knight’s confidence never wavers. At least not until Ashley Easton walks back into his life, wanting nothing to do with the playboy who broke her heart.

Sebastian Knight is a closer. Be it a business deal or the woman of his choice, everything he wants is his for the taking. Sexy and irresistible, a wink, a smile, or a handshake always seals the deal. Until Ashley returns at the worst possible time, and everything unravels around him.

The Ashley who returns is sassy and sexy–everything Sebastian craves and he wants a second chance. Despite her reluctance, his sex appeal makes it harder and harder to keep him at arm’s length.

Sebastian might have a talent for sealing the deal, but Ashley is no longer easily charmed. This time he’s going to have to work to win. 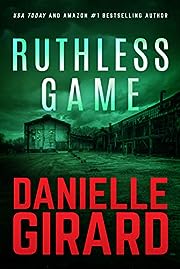 Rookie cop Alex Kincaid wakes up in a nightmare.The wet sheet slipped slowly from her face and she began to count. There were eleven, in all. She was last in line, but he was getting closer. He’d be to her soon.“Chilling…”
She wakes, parked on an unfamiliar street, outside an unfamiliar home with no recollection of how she got there… no memory of the night before.
“Another thrill ride from bestselling author, Danielle Girard, that will keep you on the edge of your seat!”Then her nightmare becomes reality. Alex’s first call of the day takes her to the same street, to the same house, where a man has been brutally killed. Alex thinks the man is a perfect stranger–until she finds herself the main suspect in his murder. And now, as she races to clear her name, she’s haunted by memories of a horrific thirty-year-old crime–a crime that links her to the dead man…and marks her as the killer’s next target. 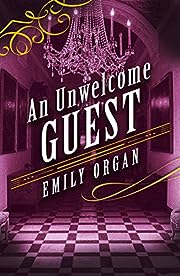 Some say the Hotel Tempesta is cursed, but its owner, Mr Gallo, refuses to believe it. When he’s brutally murdered one night, the suspicion falls on his guests. Ten suspects in total. And Penny Green is one of them.

Does Mr Gallo’s murder have anything to do with the criminal mastermind on the run from America? Penny and Inspector James Blakely must negotiate a world of courtesans, stolen paintings and secret codes to prove Penny’s innocence and uncover the truth.

Spitfire Pilot: A Personal Account of the Battle of Britain 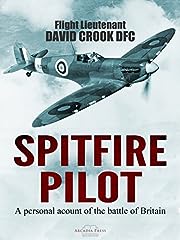 “Spitfire Pilot” was written in 1940 in the heat of battle when the RAF stood alone against the might of Hitler’s Third Reich. It is a tremendous personal account of one of the fiercest and most idealised air conflicts – the Battle of Britain – seen through the eyes of a pilot of the famous 609 Squadron, which shot down over 100 planes in that epic contest.

After attending the University of Cambridge, he was mobilised as part of the Royal Auxiliary Air Force on the outbreak of war. Flying the Spitfire Crook participated in the Battle of Britain, flying with No. 609 Squadron RAF (at the time this was a squadron of the Auxiliary Air Force). He initially joined the squadron on 22 September 1938 as an acting pilot officer, this rank was confirmed on 4 May 1940, and later further back-dated to 9 December 1939. He destroyed a Junkers Ju 87 of Sturzkampfgeschwader 77 (StG 77) on 9 July, and a Jagdgeschwader 53 (JG 53) Messerschmitt Bf 109 on 13 August. On 15 August 1940, he mistakenly shot down a Blenheim fighter, although the crew was only slightly injured. Two Bf 109’s were claimed on 30 September 1940.

Flying Spitfire IX EN662 on 18 December 1944 on a high level photographic sortie, Crook was seen to dive into the sea near Aberdeen. He was officially listed as missing in action.

Because I Love You 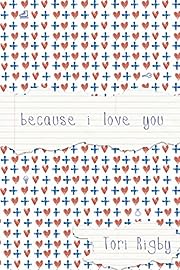 Her friends treat her like she’s carrying the plague, her classmates torture and ridicule her, and the boy she thought loved her doesn’t even care. Afraid to experience the next seven months alone, she turns to her ex-boyfriend, Neil Donaghue, a dark-haired, blue-eyed player. With him, she finds comfort and the support she desperately needs to make the hardest decision of her life: whether or not to keep the baby.

Then a tragic accident leads Andie to discover Neil’s keeping a secret that could dramatically alter their lives, and she’s forced to make a choice. But after hearing her son’s heartbeat for the first time, she doesn’t know how she’ll ever be able to let go. 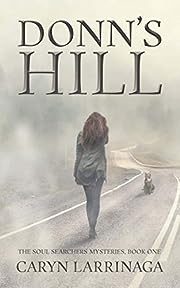 Ghosts. Psychics. Murder. Just another day in Donn’s Hill.Mackenzie Clair needs a fresh start. The death of her father and a broken relationship rendered her old life unlivable. What better place to build a new one than Donn’s Hill, the most haunted town in America and her favorite childhood vacation spot?But returning to Donn’s Hill awakens more than nostalgia. As memories resurface, so does a lost psychic ability to talk to the dead… a power the poltergeist haunting Mac’s apartment is eager to use. Aided by her new roommate—a spirited Tortoiseshell cat named Striker—and the ghost-hunting crew of the Soul Searchers, Mac struggles to control her newfound talents. She’d better get a handle on them fast, because someone in town is hiding a deadly secret. If Mac can’t divine the truth, Donn’s Hill will never be the same. 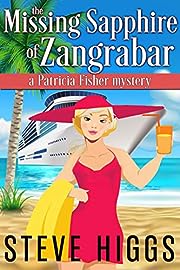 A thirty-year-old priceless jewel theft and a man that really has been stabbed in the back. Can a 52-year-old, slightly plump housewife unravel the mystery in time to save herself from jail?

When housewife, Patricia, catches her husband in bed with her best friend, her reaction isn’t to rant and yell. Instead, she calmly empties the bank accounts and boards the first cruise ship in nearby Southampton.

There she meets the unfairly handsome captain and her appointed butler for the trip – that’s what you get when the only room available is a royal suite!

But with most of the money gone and sleeping off a gin-fuelled pity party for one, she wakes to find herself accused of murder; she was seen leaving the bar with the victim and her purse is in his cabin.

Certain that all she did last night was fall into bed, a race against time begins as she tries to work out what happened and clear her name. But the deputy captain, the man responsible for safety and security onboard, has confined her to her cabin and has no interest in her version of events. Worse yet, as she begins to dig into the dead man’s past, she uncovers a secret – there’s a giant stolen sapphire somewhere and people are prepared to kill to get their hands on it.

With only a Jamaican butler faking an English accent and a pretty gym instructor to help, she must piece together the clues and do it fast. Or when she gets off the ship in St Kitts, she’ll be in cuffs! 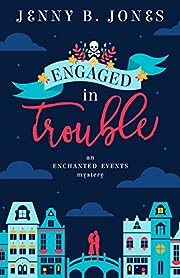 When a washed-up pop star inherits a wedding planning business, it’s all bouquets and bliss until a bride turns up dead.

Paisley Sutton shot to stardom as a teenage rock sensation, but ten years later that star has fizzled out, just like her bank account. When she unexpectedly inherits her aunt’s wedding planning business, Paisley leaves the glamour of Los Angeles for a charming small town in Arkansas. Thinking she’ll arrive in Sugar Creek and liquidate the moldy property, Paisley’s shocked to find Enchanted Events has experienced a major makeover and is now the place for brides. She’s got two months to keep Enchanted Events afloat if she wants to sell and rekindle her music career with the profits.

Paisley’s tossed into a world of vows and venues, but her most difficult challenge comes in the form of one demanding bride. When this Bridezilla’s found facedown in her cake, all fingers point to Paisley as the prime murder suspect. And she does not look good in prison orange.

This former pop princess will need the help of her gun-toting, ex-CIA grandmother and her handsome neighbor, Beau Hudson, to unravel the mystery and clear her good name. As she and her unruly posse dig into Bridezilla’s life, she discovers the woman had a long list of enemies. The closer Paisley gets to the truth, the more her own life is in danger.

Love is in the air this wedding season, but before Paisley can help the ladies of Sugar Creek say, “I do,” she’s got to unveil a killer. Or find herself the next target. 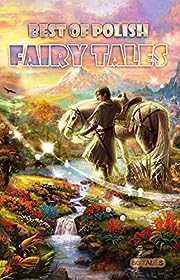 The book contains 50 fairy tales for a sunny mood.
Each of them teaches a lesson of wisdom, politeness, diligence, and prudence.
A good fairy tale is much more engaging to the child and more efficient than parental nagging.
You won’t find the tales in other books since they were first compiled and translated into English in 2015.
The variety of tales included in the compilation is wide: charming and scary, kind and warm, fascinating and edifying.
Reading fairy tales to your child is a step towards a relationship of trust. Telling tales of brave princes or sly foxes and then discussing them will reveal your little one’s thoughts and worries. 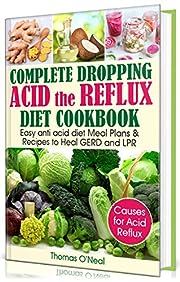 If you’re someone who is suffering from Gastroesophageal reflux disease, otherwise referred to as GERD for short, you know just how painful and aggravating this condition can be.
The two primary common side effects present in those who are suffering from GERD include:

For some people, this occurs only after eating a meal and on an occasional basis, while for others it’s present each and every time they eat a meal and tends to last much longer in duration.Complete Dropping Acid Reflux Diet Cookbook is your roadmap to ending GERD for good. In it, you’ll find lifestyle and diet modifications that prevent symptoms from occurring in the first place, as well as explanations about the mechanism of the condition and how and why these modifications help. The book contains over 70 practical recipes, plus tips on navigating grocery stores, restaurant menus, and the holiday season.Complete Dropping Acid Reflux Diet Cookbook offers:

Includes a shopping list that conveniently organizes them as you would find them while shopping.If you stay consistent with your efforts and make sure that you are not letting the wrong foods enter your system, you should start to see significant improvements almost immediately. 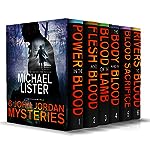 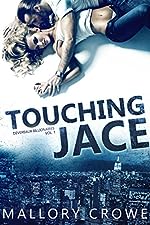 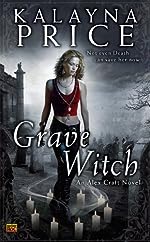 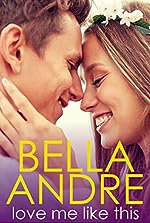 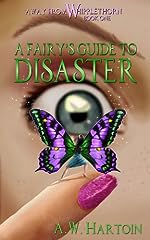 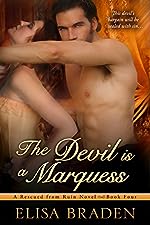 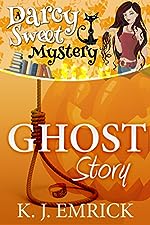