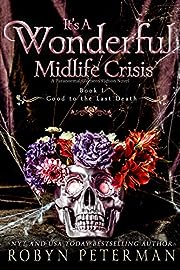 Thirty-nine was a fantastic year. I was married to the man I loved. I had a body that worked without creaking. My grandma, who raised me, was still healthy, and life was pretty damned good.
But as they say, all good things come to an end. I’d honestly love to know who ’they’ are and rip them a new one.
One year later, I’m a widow. My joints are starting to ache. Gram is in the nursing home, and dead people think my home is some kind of supernatural bed and breakfast. Gluing body parts onto semi-transparent people has become a side job—deceased people I’m not even sure are actually there. I think they need my help, but since I don’t speak dead, we’re having a few issues.
To add to the heap of trouble, there’s a new dangerously smokin’ hot lawyer at the firm who won’t stop giving me the eye. My BFF is
thrilled with her new frozen face, thanks to her plastic surgeon, her alimony check, and the miracle of Botox. And then there’s the little conundrum that I’m becoming way too attached to my ghostly squatters… Like Cher, I’d like to turn back time. Now.
No can do.
Whatever. I have wine, good friends, and an industrial sized box of superglue. What could possibly go wrong?

Happily Ever After (Rook & Ronin Book 9) 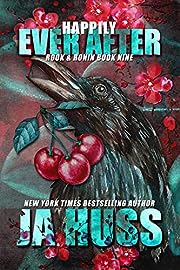 Life in Rook & Ronin’s world has been bliss for fifteen years. Rook, Veronica, and Ashleigh are still BFF’s raising their kids together. Ronin, Spencer, and Ford have managed to go legit and stay out of trouble. And they have a pack of kids running around the eight thousand square foot Vail mansion they all share for the holidays–begging for gifts, and fun, and love.
But every HEA has problems.
Five is fifteen and getting ready to go off to college. He’s put it off as long as he could in order to stay close to Princess Shrike, but his stay of execution is over and in three weeks he’s off to Oxford. But Five can’t leave until he gets the only thing he’s ever wanted. The heart of his Princess.
Ford and Ashleigh never had any more children after Five. And now that Kate is sixteen, Ashleigh is out of her head with desire for just one more chance to have a baby in the house.
Rook and Ronin have two beautiful daughters, but Sparrow is growing up too. And she just got a job offer that has Ronin crazed with paternal worry.
And Spencer is the father of a fifteen-year-old princess who looks way too much like her Bombshell mother for his comfort level. 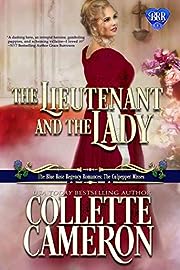 When Blaire Culpepper returns to England, she hopes to finally declare her love to debonair Lieutenant Julian Drake. Except, in her absence, he’s inherited his brother’s estate, sold his commission, and has been courting another woman. According to the rumor mills, a marriage announcement is expected any day.
From the moment Julian laid eyes on Blaire many months ago, she entranced him. But as a soldier far beneath her station, he battled his growing fascination. When his brother dies, Julian social status changes. But so do his newfound intentions of courting Blaire and winning her hand.
Circumstances and honor have forced him into considering a union with another woman. But that means breaking Blaire’s heart and his own as well…Will his heart or his mind win the battle? 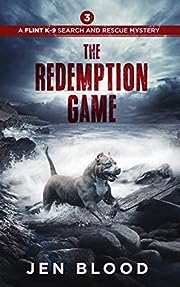 In Midcoast Maine, Jamie and her K-9 team search for the cognitively challenged son of a local animal hoarder, while recently licensed private investigator Jack Juarez looks into a murder related to the case. Unfortunately, each new clue Jack finds in the investigation seems to lead him back to a suspect police already have in their sights: Jamie’s son. Meanwhile, Jamie fights to save a critically ill pit bull pulled from the hoarder’s home who could hold the key to the woman’s dark secrets.

Castelmezzano, The Witch Is Dead : An Italian Cozy Mystery (The Homeswappers) 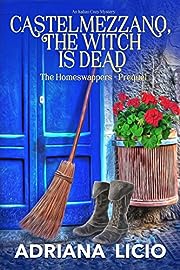 Newly retired teachers, Etta and Dora, take a walk along an old mule track connecting their mountain-top villages, each hoping to soothe the distress she feels at the paltry pension she will receive. Meeting at the fabled Witches’ Cave, they put aside their woes – the naked body of Sibilla, Castelmezzano’s beautiful witch, lies dead at the foot of the old oak tree. Did she plummet from the sky during a Sabbath flight as the superstitious locals are whispering? Or was the far more worldly evil of a human hand involved?
When suspicions fall on Cassandra, Sibilla’s sister in the Art of Witchcraft, Dora and Etta fear the carabinieri have fallen prey to prejudice and local folklore. While Dora remains convinced of Cassandra’s innocence, Etta’s hunch takes her to a completely different conclusion, but could the truth really be so devious? And can she stop the killer before she becomes the next victim? 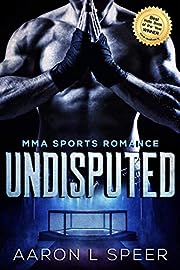 Overworked barista Tegan Holland doesn’t know Owen Gasnier exists. Not until ten minutes before her best friend and ‘Team Gasnier’ fanatic Fiona drags her to the biggest cage fight the city has ever seen. The undefeated cage fighter with a following the world over, had landed in town.
By the time he heads back to his training camp in LA, she’ll never forget him. Their scintillating time together could make her knees quake at the memory. He doesn’t have time for anything more than a one night stand and they both agreed. But that one night becomes two, then three.
For Owen, the hits just keep coming. The journey of a fighter is lonely one. Trash talking opponents, sensationalist media, and someone’s out to ruin him for good. He can’t put Tegan in the middle of it, and yet he can’t shake the feeling of her touch out of his head. Was it selfish to want her by his side and in his bed while he challenged for the most prestigious prize in the sport? The one time opportunity was there for the taking. Or would he have to choose what his heart really wanted, the girl or the gold? 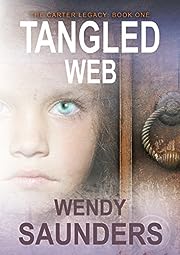 Cassandra Grayson leads a quiet life managing a library in Queens, NY. There’s only one thing missing… her sister.
Cassandra hasn’t seen her sister since the night their father died, only five years old at the time and can barely recall the events of that night. Her alcoholic, emotionally unstable mother refuses to discuss her. But, as the years pass by with no word from her, Cassandra begins to suspect there is more to her father’s death and her sister’s disappearance than she first thought.
Desperate to find answers she hires a private investigator, but when he turns up dead it becomes clear someone doesn’t want her looking into her family’s past. When wealthy businessman Jackson Evans stumbles into her life, with problems of his own, they realize his family and hers are inexplicably entwined in a web of deceit and murder, which spans two decades.
One by one, everyone who was in her home the night of her Father’s death, begin to die under suspicious circumstances and it becomes a race against time to uncover the truth, before she becomes the next victim. 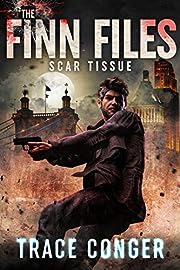 When Finn discovers an acquaintance, Dr. Daryl Jennings, is entangled in a fentanyl smuggling operation, he negotiates a deal with the head of an Indianapolis criminal organization to earn the doctor’s freedom. But freedom doesn’t come cheap.
To fulfill his obligation, Finn must locate an anonymous criminal banker who skipped town with $5 million of the organization’s money. But how do you find a man with no name, no identity, and no known location?
In his toughest case yet, Finn must rely on his skill, cunning, and an unlikely connection from his past to find the banker and the cash before Dr. Jennings’ time runs out. Along the way Finn discovers that loyalties run deep, everyone has secrets, and some mistakes can never be forgiven. 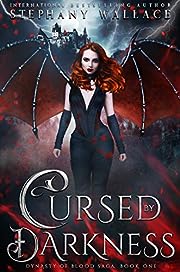 3,000 years ago, the first Vampiri walked the earth. The Ancients. They’ve lived among humans ever since—ruling from the shadows—and I’m one of them.
Though most of our power comes in numbers, I reject that way of life. Being a mercenary not only pays well, it also requires ruthless skills—and I don’t care much for humans… except for one.
Wanting me to choose their side in the Str?bun Dynasties’ battle for supremacy, the Martel Dynasty has hunted me for centuries, but I’ve remained just out of their reach. Until a new bounty-hunter crashes one of my kill-jobs, forcing me to save my mark, Mathew Delvaux, and take him with me during my escape.
Having to babysit a human while vile huntsmen try to abduct me, was not part of the plan, but for the first time in three millennia all four clans are after me, and I suspect that Mathew is the only one who can help me figure out why.
They’ll stop at nothing to get what they want, or kill me if they don’t. 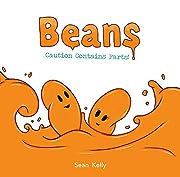 Cosy up with your little Beans to Join Ruby & Ralph on a heartwarming lunchtime adventure, as they risk everything to get back together. Your family will never look at Beans (or farts) in the same way again!
Ruby and Ralph two baked beans in a can, together forever, well that was the plan… Two little Beans encounter Burps, Bums, Hic-ups and Farts in a quest to be reunited.
Delve deeper into the story with additional free puzzles colouring pages and crafts to keep your little beans busy. 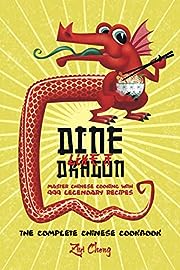 Chinese food requires no introduction. It is some of the most popular and commonly available food, regardless of where you live. Chinese food is diverse, and tastes absolutely amazing. All you need is fire and a stove to cook most of the recipes, and they don’t take much time either. Delicious, easy, and quick- Chinese food is a must-have in the arsenal of any cook.
Dine Like a Dragon: The Complete Chinese Cookbook offers: 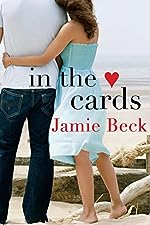 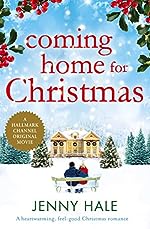 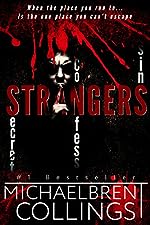 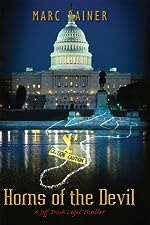 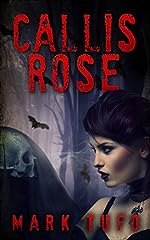 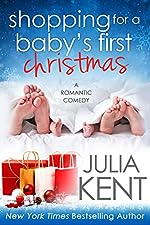 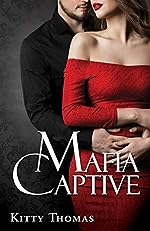 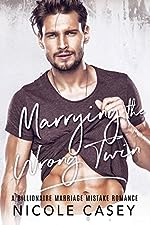 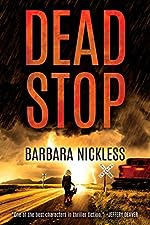