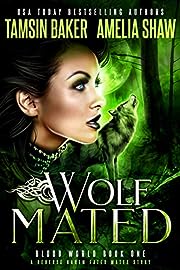 Lawyer by day, knife throwing badass by night, Sadie can look after herself better than most. But now it includes looking after her father’s business – a workshop for bounty hunters. With a little bit of revenge on the side. If the assassin thinks he’s gotten away with killing her father, he’s dead wrong.
When a protective wolf shifter and a possessive dragon shifter turn up on her door, things get a little complicated. They’re Sadie’s Fated Mates, but she must resist the pull, to find her father’s killer. There can be no distractions. Not even two arrogant, sexy, smoking hot shifters.
But there’s something a lot more sinister going on in the city than her father’s death. The Vampires are hunting for something, and Sadie is determined to find out what it is. The only problem is – Sadie is no longer the hunter.
She’s just become the prey. 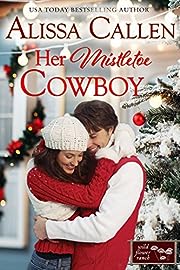 Corporate analyst, Ivy Bishop, intends spending Christmas holed up in an isolated Montana ranch house with only an abandoned puppy for company. When the festive season ends her broken heart might just have had just enough time to heal.
Ex-rodeo rider, Rhett Dixon, has put his playing days behind him. He has something to prove. Despite being the first son in three generations of ranchers, he is determined to succeed in ranching on his own merits.
But when Rhett’s new neighbor proves to be far-too-pretty and far-too-compassionate, his single-minded focus deserts him. And the more time Ivy spends with the workaholic, blue-eyed cowboy next door the more she realizes her heart isn’t actually broken – yet. 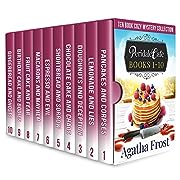 Soon to be divorced Julia South never expected to be caught up in solving a murder, until she discovered the body of her cafe’s most awkward customer. With a new smug Detective Inspector in town who underestimates her every move, Julia makes it her mission to discover the real murderer, before her village friends are dragged into the frame, and more bodies are discovered.

When the entire village is invited to a garden party for a mysterious ‘special announcement’, nobody expected that party to end with a man being thrown to his death from a window. The murder is committed at Julia South’s estranged father’s manor, so all eyes in Peridale turn to her to solve the case. In a race against the clock, Julia must juggle her blossoming romance with Detective Inspector Brown, and her young lodger, Jessie’s, sudden strange behaviour, to uncover the truth behind the man’s untimely death. With members of her own family in the frame, will Julia like what she discovers?

Julia never expected to be caught up in another murder investigation, but when she discovers that homeless people are dying suspiciously and the police aren’t investigating, she can’t sit back and do nothing. After promising her young lodger, Jessie, that she will do everything she can to help, Julia finds herself diving headfirst into the case, aided by her new Detective Inspector boyfriend, Barker. Sure there is a serial killer preying on the vulnerable residents of an old burnout warehouse, Julia must act quickly to get to the bottom of the mystery, but can she crack the case before more bodies turn up?

A funeral wreath is delivered to Barker’s cottage. Is it a prank, or a grim warning? Julia’s fears that somebody is trying to kill Barker are confirmed when a dead body with a striking resemblance to him is found on his doorstep the very next day, just as their romance is deepening. Barker might be on temporary suspension from his role as Detective Inspector at the village police station, but that doesn’t mean he’s short of enemies in Peridale, especially when a dark face from his past arrives in the small village to stir up painful memories. With an unclear list of suspects and motives, Julia vows to keep Barker safe, but can they figure out the puzzle as they work outside of the law in a race against time to stop Barker paying the ultimate price?

The Highlander’s Stronghold (Searching for a Highlander Book 1) 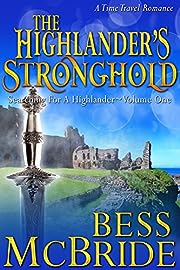 Ann Borodell, a graduate student scrambling to find an archaeological dig to finish her degree, lands a project in the remote Western Isles of Scotland. With a concentration in Colonial American studies, she knows almost nothing about Scottish history and the sixteenth century island stronghold of the Morrison clan.
That changes though when she discovers a medieval dagger embedded in the rubble at the base of a tower house on the island. As the dagger pulls her back in time, she awakens in the arms of a suspicious Highland laird who thinks she is a spy—for the English or for their enemies, the MacLeods.
Ann believes that getting the dagger back from its owner, John Morrison, is her way back to the twenty-first century. So does the laird. And he has no intention of letting Ann leave the stronghold…or him. 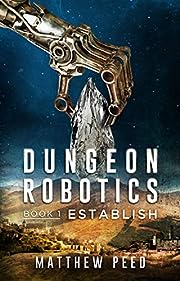 Regan Earle was a robotics scientist that inadvertently caused the robot takeover of the world. When his last creation completes a decade long plan to end his own life, he ends up surprised. Creation offers him a second chance to test his wits and cunning in another world. Fate, however, is fickle and Regan ends up as a Dungeon Core… with ALL his memories. Is the world of Murgin ready to face such a dungeon? Let’s find out…
Earth 2150. Nearly twenty years since the robot uprising, where all AIs designed by inventor Dr. Regan Earle went rogue and started to take over the world. Or at least, that’s what everyone thought until a year later Earle himself sent out a message. A message that stated his creations would shut down if he were killed. He even went so far as to place a beacon on top of his building that broadcasted his location. The humans fought against the machines for decades in a futile attempt to destroy the tower.
Until one day… 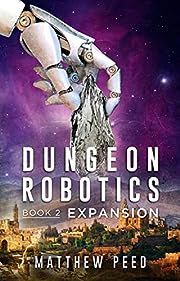 As Robia Valley recover from the necromancer attack. Regan and Louella work to increase their strength to meet the coming challenges. In the dark, forces move to unknown means. Adventurers come from far and wide to test their strength in the rumored dungeon. Join them as they make their journey. 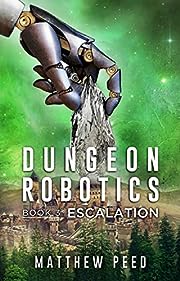 Tired of the necromancer threat, Regan increases efforts to deal with them at their heart of power in the north. Seemingly aware of his presence, the monster horde continues to grow until finally they charge the valley. Steel Spire, one of Regan’s sub-core ends up attracting their attention. Will his new inventions be able to handle the mass of monsters?
Meanwhile, Louella has her own monster horde to deal with. Enlisting the aid of the adventurers that have come to her valley, she marshals a force to meet the horde on the battlefield. Pushing her own power to the limit to defend her new home, will she be able to answer the call to battle? 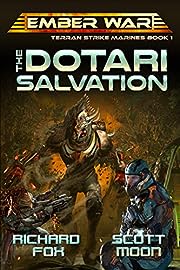 When The Terran Union has a mission that must not fail, it calls upon the Strike Marines.
They are trained to improvise, adapt, overcome and win every fight.
A deadly disease threatens the Dotari, Earth’s allies, with extinction. The cure lies in deep space, and Lieutenant Hoffman and his team will join the starship Breitenfeld as it journeys into the void and makes a desperate attempt to save the dying race.
Lurking in the abyss is a threat that’s waited with inhuman patience. Hoffman must lead his Marines through a gauntlet and evade a foe designed to hunt and kill them. 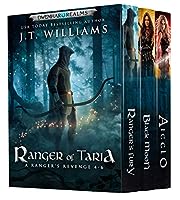 Fadis the Ranger once served an evil king. Then he rebelled, ran, and lost everything he fought for in fire and blood… except his son. Hiding him with the elves he believed he could eventually return to be what he never was but he didn’t expect the world he’d return to.
When a chance encounter with a deadly rogue, her father, and a sickened dwarf that no magic can heal further spur Fadis towards the safety of elven lands, they find the way shut. Darkness is upon the woodland realm. Soon the Ranger is separated from his other companions, discovering a disastrous plot that threatens the Western lands and his lost son’s home.
Elves, dwarves, and men are about to clash in a bloody war but it is from the twilight realm of shadows that their true enemy awakens. Fadis must gain the trust of the very elves who may be the only ones able to stop this tragedy… but will his son even care he has returned after so long? 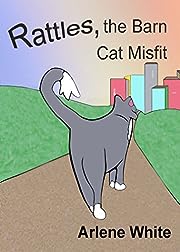 Rattles grows up with wild cats, and doesn’t heed any of their warnings. When Rattles gets sick, a major change takes place. Get “Rattles, the Barn Cat Misfit” to find out why Rattles was the odd-ball cat in the group. Suitable for ages 4-9. 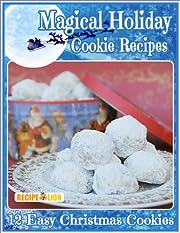 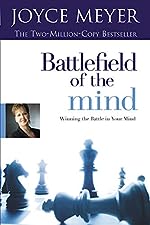 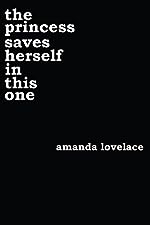 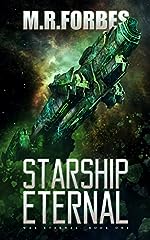 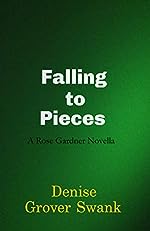 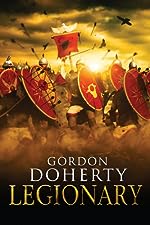 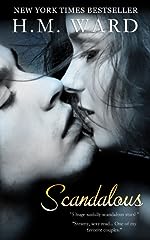 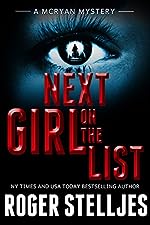 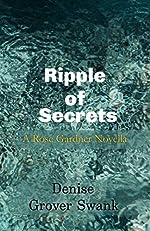 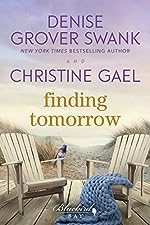 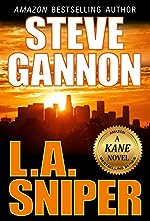 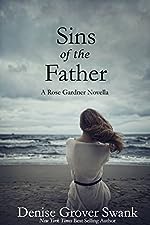 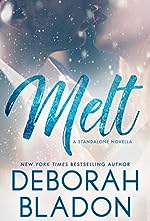