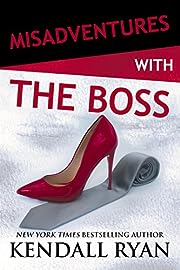 At age twenty-nine, Piper Daniels is having the longest dry spell of her life. When she agrees to be set up on a blind date, she never expects it to end with the hottest sex of her life.

But when she discovers that her very well-endowed secret lover is also her new boss, heartless womanizer and cutthroat CEO Jackson Dane, she chalks it up to a one-time mistake and puts up her best professional front. But Jackson isn’t used to rejection, and if Piper thinks it’s going to be easy to move on from their tryst, she’s underestimated his determination.

As their work brings them together, temptation becomes too much, and Piper loses herself in all the wicked pleasure Jackson has to offer. But his conquest comes at a steep price. Piper has a secret. A secret big enough to rip Jackson’s carefully ordered world to shreds. 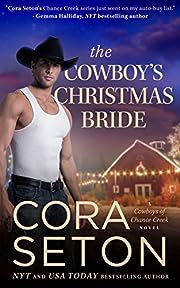 After traveling around the globe for over a year, Cole Linden is more than ready to return home to Montana, so when his fiancée, Sunshine, suddenly cuts their trip short and books them flights back to Chance Creek, Cole feels like the holidays have come early this year. He hopes she’ll love the present he bought her: a restaurant space downtown. If only he can transform it into the sleek, modern style she likes before Christmas, maybe she’ll finally agree to set a date for their wedding.

Sunshine can’t believe she’s pregnant, but she is, which means it’s high time to get back home. It also means she needs to re-think her career goals. She can’t run a world-class restaurant in tiny Chance Creek—especially not with a baby. So Cole will have to be the breadwinner of the family. Which means he needs a ranch. Luckily she’s found one. Three hundred acres of prime ranch land and a wonderful—if dilapidated—house. With Christmas looming, she’ll need to race to turn it into the comfortable family home they’ll need as soon as they get married.

But when a delayed flight results in the loss of their hotel room, Cole and Sunshine realize they’ll have to couch surf through the holidays. Staying with each of their friends in turn leads to a series of revelations that might undermine their relationship for good. Can Cole and Sunshine make it until Christmas?

Or will this be the holiday that ends it all? 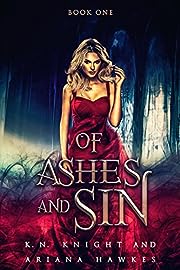 A world without fire. Four sizzling shifters. One flame-haired hustler. And the elemental bond that could bring fire back to the world, or be the end of them…

The last Phoenix has perished in a huge blaze of flames, extinguishing fire from the earth. Ranger Mason is a nineteen-year-old shifter whose spirit animal has not yet been fixed. An orphan, hustler and part-time exorcist, she scrapes a living in a dangerous, burned-out world, with no idea of the unique power she holds. That is, until a sexy tiger, bear and eagle shifter trio bursts into her life, convinced she’s the key to recreating fire.

What none of them realizes is that she’s no fire elemental, but something even more rare and special…something that will create the strongest possible bond between them, but also threaten to destroy her. Ranger is the only one capable of uniting a dragon with the three water, earth and air elementals, but as the love bond between the four of them ignites, the guys are unwilling to risk her safety—even if it means restoring balance to the world.

But Rael, Zain and Oran are not the only ones who have discovered Ranger’s gifts, and suddenly the decision is torn from their hands. Will she be able to create peace between the three men, who have vowed to do anything to protect her, and a dragon intent on keeping her in his cave as his personal, flame-haired treasure? 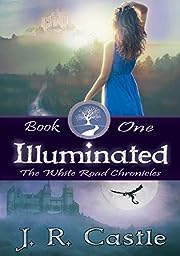 Welcome to the kingdom of Alburnium
If the Wizard of Oz swept you away and Narnia enchanted you, then follow the White Road Chronicles for a new kind of adventure.

Illuminated: Book One- begins with a girl in search of the truth.
Alyra, mockingly known as Princess, was captured at an early age by the evil ruler, Darnel, and brought up in the dark land of Racah. Now, at the age of seventeen, she considers herself nothing special. She has no recollection of who she is or where she came from. Her hope of ever finding freedom dims.
Until the messenger arrives. Until he brings to light the meaning behind the medallion she’s kept hidden. Until she accepts the blinding truth.

Now she flees for her life.

Alyra’s journey leads her down a narrow road with strange traveling companions. Together, they encounter a kingdom where nothing is what it first seems.

So This is Love (Miami Stories Book 1) 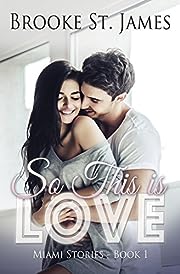 Abigail Spencer loved her job. She was a marine biologist who maintained some of Miami’s most spectacular ponds and aquariums. She had the opportunity to travel around the city, meeting new people and working in beautiful locations. So, even though it was just another day at the office when she suddenly met the man of her dreams, she wasn’t in an office at all.

Every girl imagines meeting her prince charming. It’s doubtful, however, that any of these fantasies include it happening when they’re soaked with sweat and knee-deep in pond scum.

Fate can be funny that way. 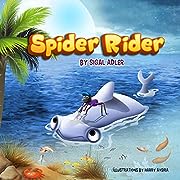 The adventures of a brave little spider
**********************
Junior sauntered slowly to his home under the rock,
Everyone was happy to see him; they wanted to talk.
But he just wanted to eat, that’s what he needed most,
He was proud of himself, but he didn’t want to boast.
He had never given up; he knew that was the key,
A teeny brave spider had crossed the big blue sea. 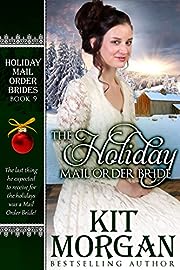 Ambrosia Winters and her father are in trouble, BIG trouble. If Ambrosia doesn’t consent to marry her father’s crooked business partner, Reginald Van Cleet, he’ll slap false charges on her father, and bring him to complete ruin if not worse. To escape the madman, Cecil Winters will do anything to save his daughter from suffering such a horrible fate. But what?

Garrett Vander wasn’t expecting a mail-order bride, but that’s exactly what he got. Worse, no one in town even knew who sent for her! But who was he to argue? She was beautiful, kind, but also brought something with her no one expected. Her father! Now why would she do that? There was more to his mail-order bride than she let on, and Garrett was determined to find out what. Or he wasn’t about to marry her.

Oath: A Lords of Action Novel 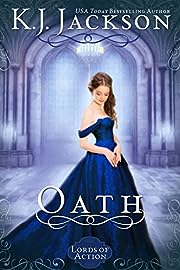 A lady out for vengeance collides with the one man that can stand in her way.

The lady bent on vengeance.
Lady Canton has a list. A list of men she is ruining, one by one. The work is satisfying—as each and every one of the despicable men deserves it—and if Livia has to bend the rules of propriety for success—so be it. What she doesn’t anticipate is a past love barging into her life, determined to stop her.

The man that will stand in her way.
Lady Canton threw him over years ago to marry a lecherous old fool for his title, so the last thing Lord Reggard wants is to entangle himself with her again. But when Livia threatens to ruin one of his best friends, Tieran is forced to take matters into his own hands to stop her.

A second chance at first love.
Livia never stopped loving him, and Tieran is intent on using that fact to his advantage. Never mind the callousness of his actions—his loyalty to Livia died years ago and he has no desire to revisit the past with her. Yet the past may be the one thing Tieran cannot escape, and he may very well discover he never stopped loving her as well. 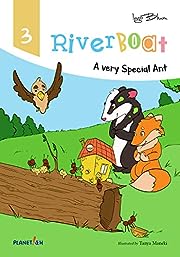 Be Special. Be Yourself.Titus the badger, Finn the falcon, and Shylow the fox are as different as three friends can be. But they all share the same love of sailing. One day they are dumbfounded when they stop their boat for a picnic – and their food appears to walk away on its own!

The problem is solved as they realize that the culprits are tiny ants, and after some royal interference by the queen of the ants a compromise is reached. However, Wendy, one of the ants, is unhappy with her ant-like existence and wants to be different. Everything seems boring to her. Then Finn has an idea. However, he does not know what the outcome will be.

Discover what happens when Wendy valiantly tries to assert her individuality. 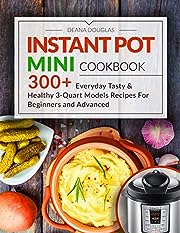 Enjoy 300 Easy and Most Delicious Recipes for Any Budget with this Instant Pot Mini Cookbook.
You Will Cook Better, Tastier and Faster Meals for Yourself and Your Family.
Limited-time offer! Buy Paperback and get Kindle version FOR FREE!
Inside this book, You will Find Dozens of Delicious Recipes.