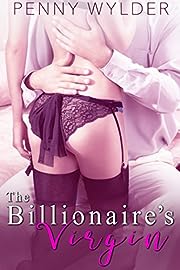 I needed money. He wanted my virginity. So I sold it.
If I don’t pay off my piles of debt, I’m going to lose the one thing I care about– my grandmother. She needs a place to live, people to take care of her, and there’s no way I can afford it anymore. But I only have one thing worth any money.
My virginity.
It was a shot in the dark to put it up for auction online. What kind of person would even bid on something as perverted as this?
Pierce Pinewood, that’s who.
He outbid everyone right away, making it clear he wanted to win. I was relieved and terrified all at once, but I figured it was fine, we’d just sleep together and I’d go on my merry way.
So why, even after meeting me, is he waiting to claim his prize?
Pierce is exposing me to money, glamour, a life I never dreamed of. He’s also telling me what lingerie to wear… and what to do with the parts of my body no one is allowed to see. No one but him.
I thought I was selling him one night with me.
I couldn’t have guessed how much of me he really wanted. 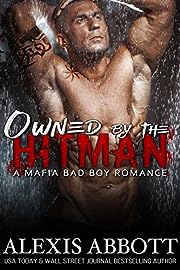 “You will be my woman for a year, servant to my whims and desires. I will not hurt you, unless you want me to.”
I’m in deep to the Mafia. My father was the one who made the deal, and when I inherited his club, I also inherited his troubles.

Ivan wants to save me, or so he says. More like he wants me to be his slave for a year. After the one-night stand I had with him, though, would that be so bad? With his impossibly hard body, and the way he always makes me scream…

But he’s still a monster. He’s a criminal, and something so much worse.

And yet I can’t stop the tingling in my body every time I think of how he touched me, and those dark but delicious words rolling off his tongue, tinged with his Russian accent.

He knows what I’ll say, even before I do. “I’ll take your offer.” 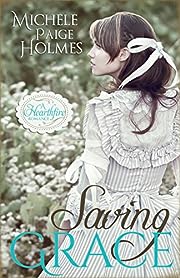 After the death of her grandfather, the Duke of Salisbury, Grace Thatcher wants nothing more than to live quietly in the country with her younger siblings. Her father’s debts thwart those plans, and to protect her sister, Helen, Grace must marry a man of her father’s choosing.

As each suitor proves less than desirable, Grace comes up with clever schemes, causing each to reject her. While staying at the mysterious Sutherland Hall, a middle-of-the-night mishap sends Grace into the arms of a stranger, Nicholas Sutherland—and provides inspiration for her grandest plan yet—one that will leave her reputation in tatters yet free both her and Helen from all possibility of marriage.

Too late Grace regrets her rash actions when her father’s last choice, Mr. Samuel Preston, proves to be a gentleman and a friend. But Samuel is the sworn enemy of Nicholas Sutherland, the man responsible for her “ruin.” Now instead of being free, Grace is caught between two men—each with his own agenda. 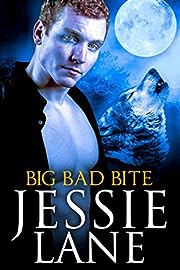 What would it be like to live in a world where you were considered abnormal even to those who were above the norm?

Jenna O’Conner is not human, nor is she considered the norm for the supernatural Other community. It’s important she hide her true nature from both humans and Others.

Right after moving to a new city, Jenna runs into trouble in the form of a deadly, mouthwatering man named Adam McPhee. He’s an alpha werewolf determined to do two things: figure out exactly what Jenna is and have her all to himself.

As if that weren’t enough for Jenna to deal with, a group of extremist Shifters who consider humans to be cattle and who think that factions of Others should stay within their own species–never to intermingle–come to town. Jenna has to find a way to shut them down, but in the process of trying to do that, she discovers things about herself that even she had never thought were possible.
Who said the wolf was what you had to worry about?

God of the Sun (Stella and Sol Book 1) 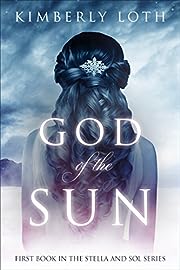 She’s a crown princess running for her life. He’s desperately trying to save his kingdom from annihilation. After being enemies for so long, they must depend on one another or risk a war that could kill them all.

Enter a world where some never see the light of day and others cannot fathom the dark of night.

With breathless romance, unexpected betrayal, and a ruthless hidden dictator, this incredible fantasy will leave you begging for more…. 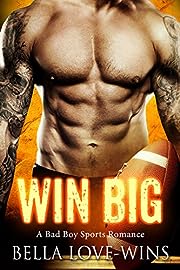 Everything I do, I aim to win BIG
Evan Marshall
I’m the loud-mouthed, no-nonsense wide receiver who got my team over the SEC championships hump. Yeah, I also have an attitude and can get kinky in the bedroom. Women love it, and those who don’t can use the door.

Right after winning at the bowl games and taking a break for Christmas holidays, the shit hit the fan. I ended up with a career-threatening injury seven weeks before the national combine.

Then I find out the athletic therapist they assigned to my recovery is a chick.

After a beat, I took on Samantha Woodward for the challenge that she was.

Samantha Woodward
Every aspect of my final semester at college was lined up perfectly. I was just assigned to the college baseball team as the lead student athletic trainer and therapist, and hoped to work with an MLB team upon graduating.

Out of left field, I got dealt the shittiest hand from a cursed deck of cards. My assignment was stripped from me and I was left with Evan Marshall.

Six weeks to get him off the injured list and performing as though it never happened.

Six weeks working on his groin injury…and I’m a virgin. 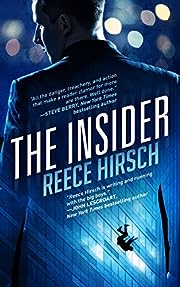 San Francisco corporate attorney Will Connelly’s well-ordered life is shattered when he watches a colleague hurtle to his death outside his office window. Within days, Will is the prime suspect in a murder, the target of an SEC insider trading investigation, and a pawn in a complex criminal scheme involving the Russian mafia and a ruthless terrorist plot.

Now, Will must ensure that a deadly enemy doesn’t gain access to the nation’s most sensitive and confidential information — and the power to do incalculable, irrevocable harm. 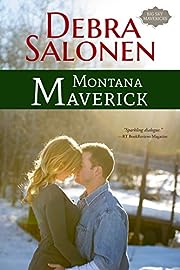 Be careful what you wish for-
Meg Zabrinski wants a child. She’s a successful scientist, a well-known environmental advocate, and a tenured professor. She doesn’t need a man in her life to make this happen. But having a baby alone is a weighty decision, so she retreats to her isolated mountain cabin to write and think. When Henry Firestone–an old foe from her distant past–drops out of the sky on Christmas Eve with three young children and a baby, Meg tells herself she’d be crazy not to consider all her options–especially when she’s always nursed a secret crush on the handsome rancher. Although the sparks between them ignite a mutual passion, Henry makes it clear he’s done having children. Falling in love with Henry Firestone and his beautiful family would require Meg to give up her dream. Can the Lone Wolf assimilate into a new pack, or was this Big Sky Maverick meant to be alone?

They say timing is everything-
Henry Firestone doesn’t recognize the “angel in snowshoes” who comes to his rescue in the middle of a blizzard, immediately, but Meg Z. knows him. Twenty years earlier, the media paired them as rivals to the death. Meg championed the reintroduction of wolves to Yellowstone, while Henry argued just as passionately that wolves would put ranchers on the Endangered Species List. She’s still beautiful, independent and headstrong, and Henry’s now free to admit that he always had a thing for her. Unfortunately, he’s fighting for sole custody of his late daughter’s four children. They are his biggest priority. He’d do anything to keep his family together–even sleep with the enemy in hopes that she might join his cause.

Bad Boy in a Suit 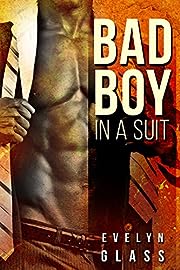 A CLUB TO SATE YOUR DARKEST PLEASURES WAS THE LAST PLACE YOU’D EXPECT TO FIND A GIRL LIKE ME WITH A MAN LIKE HIM.

It was supposed to be an adventure. Anonymous. No chance that I’d ever see the other person again, especially not in a big city like New York.

Or so I thought before Alexander Blankenship—the filthiest playboy on Wall Street—became my feature story.

He was the same man who made me submit to his touch at the club, who made me beg, who left my legs watery and weak by the end of the night.

I’m supposed to find out everything I can about him. What his favorite color is. How he likes his coffee in the morning.

But the moment I step into his office.

I know I’m in trouble.

His dark eyes cut right through my clothes and tell me that he wants to play. 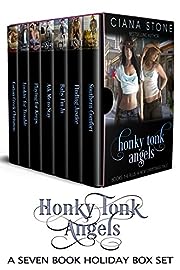 Children’s Books: EVERYONE HAS A MOTHER (Fun, Adorable, Rhyming Bedtime Story/Picture Book, for Beginner Readers, Honoring Mothers of all Kinds, Including Animals, Ages 2-8) 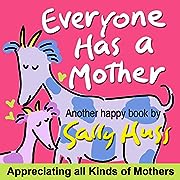 From cats and dogs and birds and squirrels and goats and turtles to llamas, sheep, cows, chickens, bears and elephants, hippos, rhinos, even giraffes, frogs and fish– all have mothers.

Whimsical illustrations of animals, insects, reptiles, as well as people, bring home the message that everyone has a mother. The idea is amusingly stated in rhyme to delight any small child and honor any mother. Over 30 happy and colorful illustrations dance across the pages. 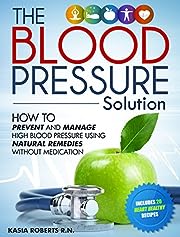 Worried About High Blood Pressure??? The Key to Lowering Blood Pressure is Combining Several Natural Solutions for A Synergistic Effect

Are you or someone you know suffering from high blood pressure? Would you like to know how to prevent and manage high blood pressure with natural solutions and without medication?Are you ready to take control of your health starting today?

Instead of looking to the serious medications currently designated by medical doctors, teach yourself how to lower your high blood pressure at home utilizing proper exercise techniques, essential lifestyle alterations, natural herbs and superfoods. Also learn how to make 20 of the most delicious, low-sodium recipes around: appetizers, main dishes, and desserts.

Understand the disease on a different level: who is at risk, what it’s doing to your body, and how to stop it. Promote your health and lower your blood pressure numbers naturally. You can promote wellness with ease—and without the payments—at home. Allow this e-book to guide you on your road to normalized blood pressure and boost your longevity and odds at greater health along the way. 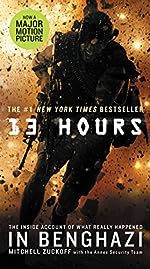 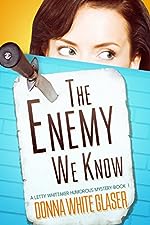 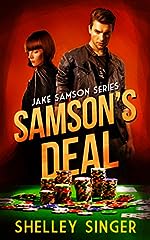 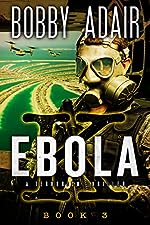 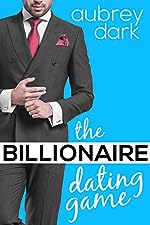