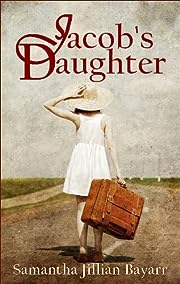 When twenty-eight-year-old LIZZIE BARLOW tries to run from her past, she finds herself hiding out in the same Amish community in which she grew up. With her ten-year-old daughter, Abby, in tow, she fears her secrets will catch up to her.

When ABBY discovers her real father may be living just down the road from where they are staying, she sets off on an adventure to meet him. What she doesn’t know are the many secrets that her mother never shared with her–the same secrets that will turn her life upside down.

JACOB YODER is an Amish widower, trying to raise his ten-year-old son, when his past shows up on his doorstep unexpectedly, threatening to change his life forever.

Will life ever be the same for Lizzie and Jacob again? Or will their mistakes change everything? 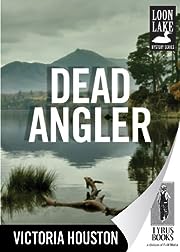 Retired dentist Paul Osborne hasn’t fly fished since his wife died. He hasn’t had a woman tell him what to do since then either. But in the company of Lewellyn Ferris, he’s relearning both. And when he and his lady instructor find a well-dressed body floating in the moonlight, Paul adds deputy to his list of experiences…Whether the death is accidental — or accidentally on purpose — Lewellyn is determined to rell in the truth. She enlists Pail and his walleye-expert buddy, Ray, to help her get to the bottom of the murky mystery. Whoever thought small-town retirement could be this dangerous? 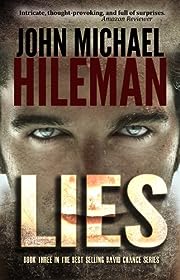 Two men with miraculous powers: one sworn to secrecy; one the focal point of the entire world.

Jon Blake doesn’t trust the voices in his head, but they have proven they can give him everything he has ever dreamed, including the love of the beautiful deaf girl who has captured his heart. All they ask for in return is his complete submission.

But the more they reveal their incredible power–not only to him, but to the whole world through him–the more the line between good and evil is blurred. As family secrets are revealed, Jon finds himself on a journey of discovery that will lead him to make a horrifying choice.

The dark forces in Boston are not done with David Chance. He has cut them too deeply. And for that, he must pay.

When David’s son is abducted, he and his wife have to trust, one last time, in the author of the strange messages that appear in the sea of words around them. But will their faith survive when it is pushed to the breaking point? 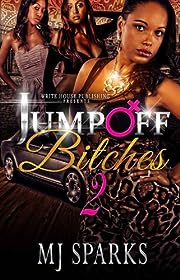 The drama heats up in part two of this series as each of these ladies face relationship issues. Deidre is bringing her side of the story rounding out the circle of this troublesome trio. And hers is a steamy one as she finds herself engulfed in a hot interoffice romance with a man she can’t quite claim as her own. He’s yet to be married, but that doesn’t mean that he does not belong to someone else because he is engaged to be married. After a lust filled ride with Deidre seemingly takes a turn towards love, will he make to the alter?

Bird left part one dizzy and she remains dizzy as ever as she continues to ping pong herself between two men. Will she ever settle and decide on who it is that she wants, or will her back and forth between the two of them cost her everything and leave her with nothing?

Kenya’s life is turned up side down after a suprise visitor shows up at her home. Is her rendezvous a thing of the past or will it come back and bite her in the ass?

And Justice for Her: Boxed Set of Mystery, Suspense, and Romance Thrillers 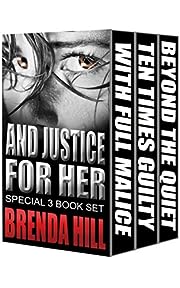 Is it ever acceptable to commit murder?

What if, as a good citizen, you waited for justice, but it never came?

In this stunning mystery thriller, a deadly secret society is dispensing justice by killing society’s undesirables, and the hits are so diabolically clever that no one even suspects it’s murder – until a traumatized food critic stumbles onto the scene.

Newspaper food critic Madison Young lives a safe, controlled life in a quiet California town below Big Bear, afraid of the dark, afraid to take chances. Since the night her parents were slaughtered, she’s haunted by his threats to return for her. But she’s forced out of her sheltered life when a paroled sex offender is murdered, and her out-of-town editor needs her to cover the story.

Reluctantly interviewing a witness, Madison jots down one word, a seemingly insignificant word that will link to a chain of murders across the country and to a secret society, a vast and deadly organization whose tentacles invade her own life. She traces clues, shocked when they reveal a connection to the man who murdered her parents, horrified when warnings to stop the investigation become deadly. When her editor dies mysteriously and a family member is threatened, Madison discovers no one is who they seem, and few can be trusted.

With the Society closing in, she turns to family friend, San Bernardino homicide detective Dexter Quinn, to unravel the deceit before she runs out of time. Together, they discover a terrifying adversary, one who’ll stop at nothing to protect the Society’s secrets.

Single mother Tracy Michaels struggles to support her nine-month-old son as a tour guide in a Denver Victorian museum. Hoping for a better life, she changes hours to allow for classes at a tech school. Hurrying home after a late shift, she’s attacked, beaten and raped. She survives, but he’s watching her, threatening her baby’s life if she talks.

In the hospital, Tracy panics when when police show up in her room. What if he’s watching? She tries desperately to get rid of them, but Sergeant Reese Sanders is convinced she holds the key to a serial rapist that led to his sister’s death the year before.

Forced to run, Tracy seeks shelter in a safe house. With her counselor’s guidance, she discovers inner strength and courage, qualities she must test when her assailant finds her and demands she meet him.

“Hill mesmerizes with the horrific details of rape, self-blame and the will to live. A compelling tale of pain, courage and hope.”

“A great read! Ms Hill is a cross between Iris Johansen and Nora Roberts. Then tension kept me spellbound until the end.”

BEYOND THE QUIET: A Romantic Thriller

Readers Advisory: For ages 18 and over.

After twenty-five years of marriage, Lisa Montgomery thinks her husband’s death is the worst that can happen. Then she receives a notice about his secret post office box.

But her nightmare doesn’t end with discovering his betrayal; she learns his clandestine life has stolen her home, her savings, and everything she holds dear. Trying desperately to cope, she rebuilds her life, and when a new love appears, she cautiously allows herself to hope for a better future.

Just as she climbs out of despair, she’s threatened again. A spurned co-worker watches, waiting for the perfect moment to unleash his rage. 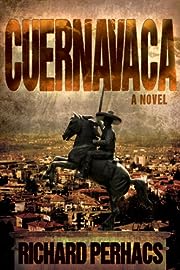 All that he’s built—a promising career as a standout college professor, his reputation as a brilliant young anthropologist and a near perfect marriage to his beautiful wife—is leveled and none of his personal fortune can change what happens. Grappling with the devastating aftermath and battling his own personal demons, he finds himself on an airplane headed to southern Mexico and the city of Cuernavaca, at the desperate urging of his mentor, fellow anthropologist Jerry Dwyer.

The chance for a new start at a fascinating archeological dig turns into the ultimate test of character when he’s dragged into a shadowy underworld hidden behind the gritty charm of this new land. It’s an invisible world of good versus evil, black-market smuggling, merciless criminals and murder—all punctuated by a corrupt legal system.

Set in contemporary Mexico against the backdrop of a wildly-contested national election that touches Scott’s life in ways he doesn’t understand, Cuernavaca showcases the best and worst of a nation struggling to recreate itself as Scott struggles to earn his own second chance.

The Most Basic of Truths 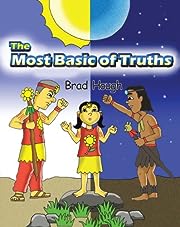 The peoples of the world have been in conflict for as long as time can remember. It is easy to feel cynical about any prospect of lasting peace in the world when we do nothing more than recycle past mistakes. What if we took another path? Could it be we are more alike than we realize? Maybe our disillusionment only comes from a lack of perspective. As we rise to higher ground, the borders between us begin to fade. From up here, we can see a shared, conflicted past, but also a common origin. And we can see a path that leads to a united and peaceful future.

The Nightowls and the Sunflowers were as different as night and day. They had been in conflict for as long as time could tell. They had nothing in common and each feared the other. The Sunflowers prayed to the God of the sun. The Nightowls prayed to the God of the moon. What could possibly give any hope of reconciliation? The belief and courage of a young girl sets in motion a series of events that just might change the course of history for the Sunflowers and the Nightowls. Could the key to their destiny be ours as well? 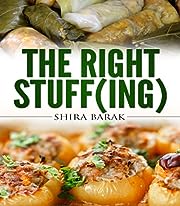 If you are looking for a special cookbook with unique recipes, this Mediterranean cookbook will offer you a great authentic and delicious, yet- quick and easy recipes, such as: stuffed bell peppers, stuffed cabbage, stuffed pasta shell or Chicken Stuffed with Dried Fruit and Rice in sweet Soy Sauce…
(All the recipes are perfect also for a slow cooker! )
Five years ago when I made my first stuffed pepper, I realized it is not as hard as I imagined. Actually it’s kind of fun and easy… then I began to indulge … Something about the act of coring, filling and assembling makes cooking creative and fun.
And the flavor?
The flavors are so good that they make the task of emptying, filling, rolling, arranging etc. rewarding and so worth the efforts! Not only it is worth the efforts, you wouldn’t believe how a simple dish can receive such praise from all at the table…

What is most appealing about Stuffed dishes is that they never disappoint, in flavor and appearance.
Since my first stuffed pepper, I continued to fill and roll almost everything I laid my eyes on; grape leaves, beets, tomatoes, squash and zucchini. And the filing? Almost everything is possible according to your taste: Ground meat, rice or quinoa, cheese or dried fruit.
In this book you will find the best recipes for stuffed dishes collected especially for you and grouped by categories: meat and poultry, vegetarian and vegan, dairy and sweets.
And most importantly, I’ve attached the Complete Guide for making stuffed dishes: all the secrets, tips, and principles that will make you an expert in stuffed dishes! Guaranteed! 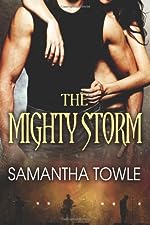 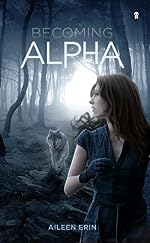 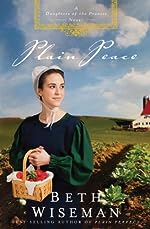 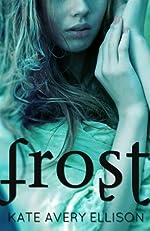 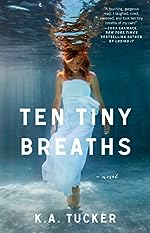 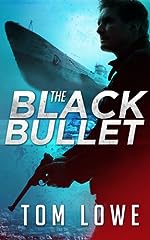 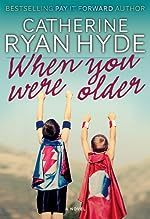