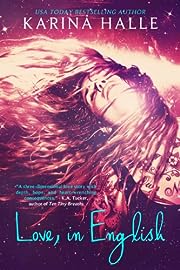 He speaks Spanish. I speak English.

He lives in Spain. I live in Canada.

He dresses in thousand-dollar suits. I’m covered in tattoos.

He’s married and has a five-year old daughter.

I’m single and can’t commit to anyone or anything.

Until now.Because when they say you can’t choose who you fall in love with, boy ain’t that the damn truth.

To a restless dreamer like Vera Miles, it sounded like the experience of a lifetime. Instead of spending her summer interning for her astronomy major, she would fly to Spain where she’d spend a few weeks teaching conversational English to businessmen and women, all while enjoying free room and board at an isolated resort. But while Vera expected to get a tan, meet new people and stuff herself with wine and paella, she never expected to fall in love.

Mateo Casalles is unlike anyone Vera has ever known, let alone anyone she’s usually attracted to. While Vera is a pierced and tatted free spirit with a love for music and freedom, Mateo is a successful businessman from Madrid, all sharp suits and cocky Spanish charm. Yet, as the weeks go on, the two grow increasingly close and their relationship changes from purely platonic to something…more.

Something that makes Vera feel alive for the first time.

Something that can never, ever be.

Or so she thinks. 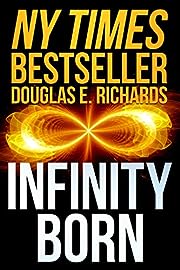 When DARPA’s billion-dollar program to create Artificial Superintelligence is sabotaged, US operative Cameron Carr is tasked with finding the culprit. He’s been on high-stakes missions before, but this time the stakes are nothing less than the future of humanity. Because the race to evolve a superintelligent computer is on, and power players around the world will stop at nothing to get there first.

In the right hands, Artificial Superintelligence could lift humanity to towering heights. But in the wrong hands, this technology could represent the greatest threat humanity has ever seen . . .

Ripped from tomorrow’s headlines, Infinity Born is a roller-coaster ride of a thriller that explores the deadly perils and mind-blowing possibilities that await the human race–including both extinction and immortality.

As our phones and computers become ever smarter, Infinity Born takes an unblinking look at a technological tipping point that is just around the corner. One that will have a profound impact on the future course of human history. 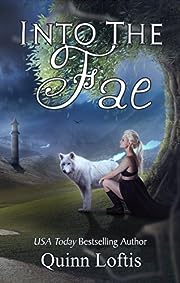 With peace finally descending on the Romanian Grey Wolves, longtime fae ambassador to the wolves, Perizada, has been given a new mission by the Great Luna. But Peri’s desire for revenge against her sister, Lorelle, burns in her heart. Further complicating matters, the great white wolf, Lucian Lupei, has been returned to the pack after centuries trapped in the Dark Forest, and it appears he is destined to be with Peri. Can she put aside her thoughts of vengeance long enough to accept Lucian’s love and complete her mission? 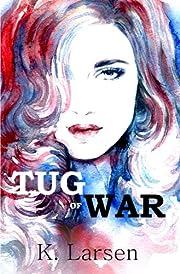 Impulsive, YES. Irresponsible, SURE. Necessary, PROBABLY. Going to end badly, most likely. Does any of that matter to me, no. I decided that I can’t please everyone so this week my only goal is to please me. I’m a selfish cow but I can’t seem to help it. I’m Clara Lord. I own Bloodline’s Tattoo Parlor, have a filthy mouth, no filter and a really strong objection to bossy idiots, pet names and wealthy men.

You will hate me, love me or love to hate me but either way, it doesn’t matter. Everything I touch turns to crap and it’s all my fault. See, I lived through hell. Then I escaped hell and carefully spent the next eight years crafting a perfect little life until Domini Napoli screwed it all up. Now nothings right. Everything’s wrong and all my secrets are coming out.

Obviously, I have to fix it, my life, the problem is I don’t really trust anyone and I don’t know how. Dominic baffles me. Sawyer adores me. Amanda and Marg try to keep me in line and I live for Allie. This whole thing is a cluster F***. I want them both in different ways but I have Alliecat to protect in the mix. I keep thinking the only way out of this is to take Allie and run…again. Leave both men behind and go back to Allie and Clara take on the world…is thirty-three too old to do that now? It didn’t seem so bad at twenty-four but to have to do all that work again… crap. 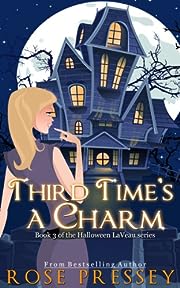 Halloween has reason to believe that Giovanni’s motives are nothing but sinister. Not only must she defend her status as the witch in charge, but Halloween has to protect the world from a coven she inadvertently reanimates.

Sexy brothers, Liam Rankin and Nicolas Marcos, band together to help Halloween discover the stranger’s true intentions and attempt to cast the reanimated coven back to the grave where they belong. 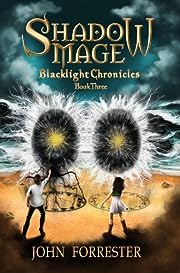 Talis glimpses an alien world where Rikar, his old friend and traitor, is being tortured. He is tempted down a dark path leading to the forbidden knowledge of Shadow Magic, the magic he needs to keep from going insane.

The feud between the royal houses of Naru has Talis and Mara caught in the middle, and once again threatens their friendship. The magical Order of the Dawn distances themselves from Talis, pushing him aside to study the discarded magical art of runes. With civil war looming, Jiserian sorcerers again invade the city of Naru, and Talis must rise to help protect their city.

A mysterious sorcerer from the Tarasen Islands arrives, with eyes on the black crystal, aiming to create a World Portal to the planet where Aurellia and his Elders have escaped. Talis finds his heart wrenched between saving his city and saving the one person closest to him. Even after being trapped on an alien world, with no way back home, Talis realizes that his friendship with Mara and Nikulo is the key to their fate and survival. 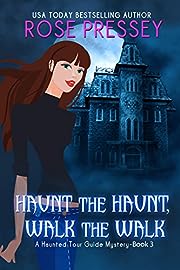 As if communicating with the dead isn’t strange enough, Ripley Van Raden does it mostly via text message. Good thing she has the unlimited data package with her cell phone provider.

Librarian by day and haunted tour guide by night. Rip, as her friends call her, discovers books that possibly contain secret messages. When a young girl is murdered, Rip has to put her sleuthing skills to the test.

With the help of part-time paranormal investigator and full-time handsome police officer Brannon Landon, they must work together to solve this potentially paranormal related crime. Brannon and Rip can’t let an ex-wife, dark entities, stalkers, or defaced library books stand in their way. 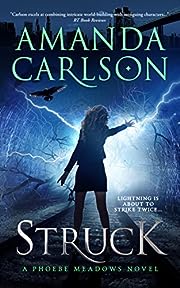 When Phoebe Meadows gets struck by a strange light in the stock room of Macy’s, life as she knows it flies out the window. As if being hit by lightning isn’t bad enough, she’s accosted in the subway by a man with a missing hand, arrives home to find a raven on her kitchen counter, and her neighbor Ingrid shows up dressed like a gladiator, hell-bent on protecting her.

Before Ingrid can shuttle her off to safety, Phoebe is kidnapped and tossed into one of the Nine Worlds, where she’s quickly forced to come to terms with what she is: a Valkyrie. The only problem is, she has no idea what that means.

After a narrow escape, she finds an unlikely ally in Loki’s son, Fenrir. Together, the Valkyrie and the wolf must battle their way back to New York City and reach the Valkyrie stronghold where Ingrid is waiting for her. But with danger and obstacles at every turn, Phoebe might not live long enough to learn the full truth about who and what she really is…

Vanek (Demons After Dark Book One) 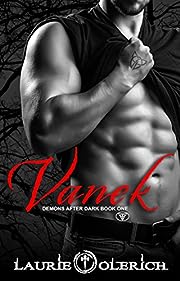 This Band of Brothers Will Steal Your Heart!

Introducing the Demons after Dark series! It’s hot paranormal romance featuring unlikely alpha heroes who will make you laugh, cry, and swoon. Known only as Trinity demons, this band of brothers was stripped of their powers and violently exiled from Hell. Forced to live as humans, they’re left with no memories and no weapons while a secret society quietly plots Lucifer’s demise. For these big, bad demons, adjusting to life as a human is, well, harder than Hell!

Thanks to her family’s curse, psychic Dylan McDonagh has been promised to a sadistic soul broker demon and she’s desperate to escape a terrifying future. After an impulsive act leads her to Morningstar Sanitarium, she’s inexplicably drawn to the sad and mysterious Vanek, but their tentative connection is broken when they escape and go their separate ways. Forced into hiding, Dylan turns to Expat Security for protection. Stunned to find the disturbingly sexy Vanek working there, she almost walks away. Another demon is the last thing she needs in her life.

Formerly one of Hell’s most renowned Painkillers, Vanek is horrified with being human until he discovers he’s been thrown into the body of a badass mercenary with a definite kinky streak and a box of sex toys. Wondering how he got so lucky, he jumps into his new role as second in command of Trinity’s new ops center–Expat Security. When Dylan comes to them for help, he knows he’s got to handle her case personally. As his attraction to her grows, so does the conspiracy that landed him in Brooklyn 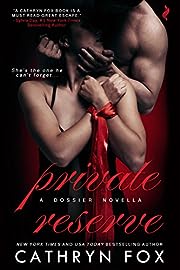 Olivia was the best thing that ever happened to me. But she’s a good girl, and I have a side that is far too dark for a minister’s daughter. When she started talking about plans after graduation, the only thing I could do was run back to Italy—to protect her from me. But she’s back in my life, and I need a wife before I can take full ownership of our failing vineyard and hotel. Only problem is, I want her again. No way can I put my hands on her. One kiss, one taste, could unleash the side of me that would only scare her. If she discovers my dark side, I don’t know if she’ll flee back to the states, or surrender to me. What she doesn’t know is she already owns me, and if she leaves, I’ll never be the same. 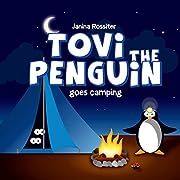 Join Tovi the penguin and his friends on their latest mini-adventure! They have decided to go camping, so what could possibly go wrong? Let’s find out…

Tovi books are designed in a simple animated way to give young readers the impression of watching a short film where Tovi and his friends play out their adventures.

The books are aimed at children aged 2-6 (picturebooks), who hopefully will join Tovi in his mini-adventures, and learn something about life and the world around them. As the lovable characters in these books share a whole range of experiences, they learn about sharing, about helping each other, and most important, they learn the value of friendship.

You’ll be surprised what an exciting time little penguins can have! 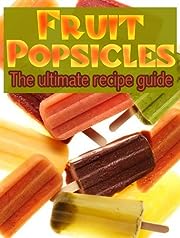 Making your own homemade popsicles allow you to control the ingredients and ensure they are healthy and low in calories. You can use real fruit juice for a light and sweet popsicle. You can also mix real fruit with water in a blender. Whether you need a fruity snack for the kids or party favors, fruit popsicles will definitely be a big hit. If you are you looking for a healthier alternative to all the sugar, artificial colors and additives found in store-bought popsicles, now you can make your own healthier popsicle. We have collected the most delicious and best selling recipes from around the world. Enjoy! 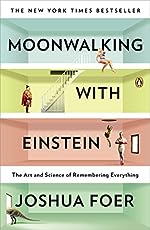 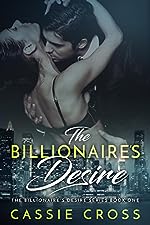 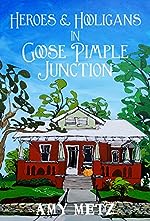 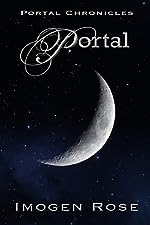 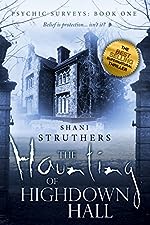 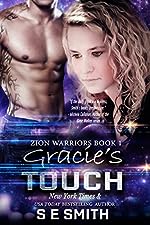 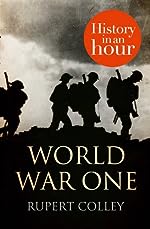 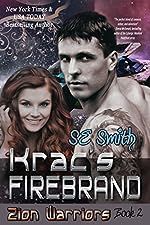 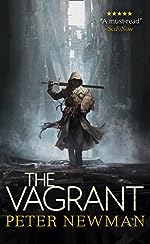 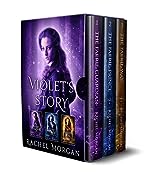 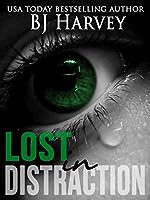