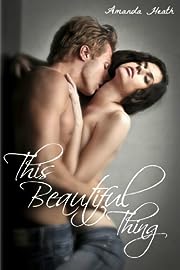 Teagan Harper doesn’t have much experience with guys. Her twin brothers have made sure of that. Until one night at a college party she gives them the slip, finding herself in the arms of the most amazing guy she has ever met. Now she’s on a mission to find him since she ran from his bed. And forgot to ask his name…

Declan Sage has had control over his entire life. But that is all about to change when the girl who ran out of his bed turns his life upside down. She is about to throw that control out the window. But he’s pretty sure that’s a good thing seeing as she stole his heart… 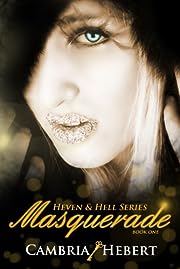 I’m disfigured. Scarred. Ugly. When I look in the mirror, I see a stranger. When I look over my shoulder, no one’s there…

Yet I feel watched. Hunted. Afraid. And then he tells me I’m beautiful. He tells me I’m safe. I believe him. Until someone tries to kill me.

Secrets abound, danger is near, and still… my heart desires a boy with whiskey-colored eyes and far too many secrets. Secrets that could cost me my life. To stay alive I have to look deep, beneath the masks everyone wears, to find the truth.

Big Girls Do It Boxed Set 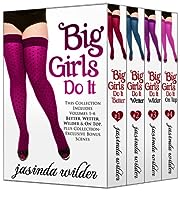 Enjoy all four of the Big Girls Do It stories in one volume, with special expanded scenes available only in this collection!

~Big Girls Do It Better
Gorgeous, rock-star guys like Chase Delany don’t go for girls like me. They go for supermodels and actresses, skinny-girls who never eat and spend all day working out. I’m not that girl. So when he locked his fiery brown eyes on me for the first time, I couldn’t quite believe it was really happening to me.

It was the second night I spent with him that I’ll never forget.

~Big Girls Do It Wetter
Chase went to New York…without me. It was only one night, one delicious, sinful night, but it awakened something within me, and now, with him gone, I have no one to satiate my sudden, ferocious hunger. Then I woke up one day and looked at someone near and dear to me in a whole new light. And my world was rocked once again.

~Big Girls Do It Wilder
I’m going. Going to New York City to be with gorgeous, mysterious, rockstar Chase Delany seemed like a crazy dream, a fantasy come true. The bright lights and music, and his tight, sexy leather pants called to me…and I answered. Chase might want more and I just might give it to him, if I could only forget what I started with Jeff back in Detroit.

I thought I had my love life all figured out, I thought I knew what I wanted, and then things went and changed on me all over again…

~Big Girls Do It On Top
I fled New York with my heart breaking and a million questions. Foremost in my mind was whether Jeff would even see me after the colossal mess that New York turned out to be.

I discovered the answer, but that only spawned even more questions, many of the yes or no variety…

Reaching Out For You (Never Letting Go) 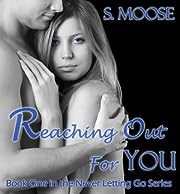 Adam and Sophia were best friends but when tragedy strikes it’s more than Adam can handle and he leaves Sophia alone in the dark.

Four years later, Adam and Sophia are reunited and the sparks between them return but is it too late?

Sophia is happy again and has let go of the darkness. She has great friends and a sweet boyfriend name Kyle. Now that Adam is back how will she be able to balance her boyfriend and her best friend?

The darkness always finds you again but will Adam be able to save her or leave her again? 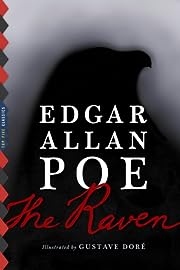 No poem has ever received the kind of immediate and overwhelming response that Poe’s “The Raven” did when it first appeared in the New York Evening Mirror on January 29, 1845. It made Poe an overnight sensation (though his great fame never brought him much wealth) and the poem, a powerfully haunting elegy to lost love, remains one of the most beloved and recognizable verses in the English language. The illustrations that accompany this Top Five Classics edition are reproductions of the renowned French artist Gustave Doré’s steel-plate engravings created for Harper & Brothers’ 1884 release of THE RAVEN. It would be Doré’s last commission as he died shortly after completing the 25 illustrations in January 1883. His illustrations would become famous in their own right, evoking as they do the lyrical and mystical air of Poe’s masterpiece. 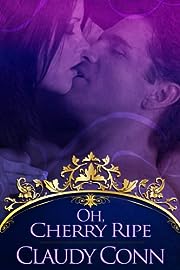 Cherry Elton was beside herself! Her own mother had arranged a marriage for her to a man she had never even met. She had no choice but to run away.

Sky Westbrooke had no wish to marry, but his mischievous siblings sorely needed a firm maternal hand. Yet, how could he court his unseen bride, when into his employ had come the most remarkable, enchanting governess?

And Cherry, playing at being a governess was smitten by the handsome, cavalier Lord Westbrooke. His stolen kisses left her breathless—yet, he was betrothed to another. Whatever was a love struck governess to do? 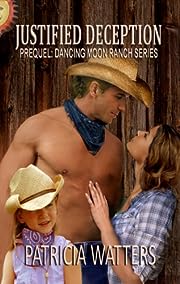 Ruth Crawford’s on a quest to find her daughter, who was kidnapped four years before. Ruth’s private investigator is all but certain that ranch owner, Matt Kincaid’s, adopted daughter, Annie, is Ruth’s own little Beth. But Matt’s the maverick in a powerful family of lawyers and politicians, so even though she manages to land the job as nanny to Matt’s willful, six-year-old daughter, Ruth must tread carefully. She can’t predict what Matt or his family might do if the adoption is challenged. However, Ruth’s carefully laid plans go awry when she finds herself falling in love with the man who might have stolen her child.

Fated Dreams (Book One In The Affinity series) 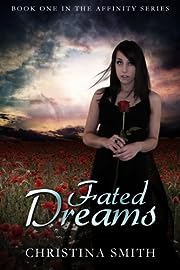 Do you believe in true love? Sarah Samson didn’t until she met hers. But for Sarah, meeting the guy of her dreams came with a price. On the outside Sarah looks like she has it all, friends, a loving family, and a hobby she’s really good at. But if you look closer, Sarah’s keeping secrets, from everyone in her life, even… Lucas. A boy she hardly knows, but still feels a connection with.

Life would be perfect, if it wasn’t for the constant feeling that someone is following her. She feels a presence everywhere she goes, work, home, even…in her dreams.

She suddenly finds herself wrapped up in a dangerous mystery that started eighty years ago involving two tragic deaths. After several attempts on her life, she and Lucas realize they must solve it before history repeats itself.

The Captain of Her Heart (Buchanan Saga, Volume I) 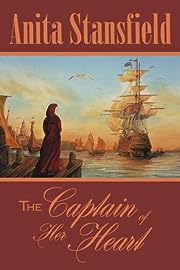 The year is 1777. As the brooding mists of war settle over a stark American battlefield, Captain Ritcherd Buchanan yearns for his native England—and for Kyrah Payne, the woman he loves. Wounded and disheartened, he eventually returns home, only to have Kyrah torn cruelly away from him and deported for a crime she didn’t commit. Desperate to bring her home, he joins a band of privateers and finds himself embracing the American patriot cause—a cause he’d once sworn to defeat.

All alone in a country at war, Kyrah becomes a victim of the breach between her own impoverished circumstances and the aristocratic upbringing of the man she loves. They had been best friends and confidants for more than half her life, but now she wonders if Ritcherd will ever be able to find her—or if he’ll even try. And she fears that the chasm between their worlds can never be bridged.

A powerful and deeply moving saga, its intricate plot expertly woven and guaranteed to keep any reader turning its pages. The only disappointment is that the book ends!

Picking Up His Pieces 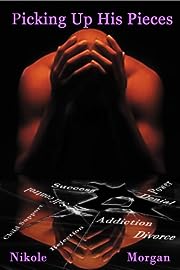 Can a man be forgiven of scandalous conduct – or is he doomed to be forever branded a pariah? If he confesses desire for forbidden fruit, will others accept him as a moral man? Does he deserve an honored title of husband, father, friend, mentor, or even Pastor if he reveals unholy lusts? The truth is that many of us are unable to accept an honest man’s confession, or forgive him.

In suburban Richmond, Virginia, three generations of up-and-coming African American families strive to overcome inherited weaknesses while establishing a legacy on which to build their faith and futures.

Pastor Ivan (Ivy) James, whose father’s life was destroyed by sexual deviance, must come to terms with his own imbalanced view of marital romance with beloved wife Yolanda. Learning to express emotional as well as physical intimacy, Ivy simultaneously struggles to father the six children borne by various women during his wild youth. A unique challenge is Ivy’s troubled twelve-year-old son Dominic who comes to live with Ivy and Yolanda when his crack-addicted mother cannot provide for him. Ivy’s sex addiction faces the ultimate test in Satan’s efforts to destroy his ministry. 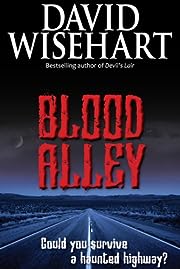 Buckle up for a high-octane, pulse-pounding thrill ride…

Could you survive a haunted highway?

Blood Alley is the deadliest road in America.

Some call it a death trap. Others say it’s haunted. Only the locals know the truth…

Blood Alley belongs to the Highwayman, a vengeful phantom who drives his ghost car at night to claim the souls of all who cross him.

Teenagers on their way to a funeral get delayed by engine trouble and ignore the warnings:

Will any survive to see the dawn? 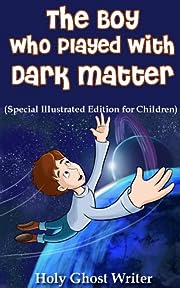 The Boy Who Played with Dark Matter illustrated children’s version is a charming tale designed to develop a love for science. Zeddy finds himself alone and forced to hide his high IQ as much as possible in front of others. His only friend is a zutterfly made of dark matter, which proves to be a significant clue to finding his missing father. Zeddy’s a child genius in a dystopian future — but can he outwit Big Brother when his physicist father gets trapped in another dimension? 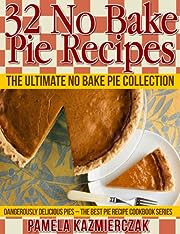 Do you want recipes for some great No Bake Pies?

Most people are looking for some great easy dessert recipes and one of the easiest is no bake pies. Many people think pies are difficult to make, but in reality there are many pies that are not that hard and are too delicious to pass up!

Inside 32 No Bake Pie Recipes – The Ultimate No Bake Pie Collection We have a wide variety of pies to choose from! We hope you enjoy them all!

If you are looking for the perfect no bake pie – what will you find in this book?

There are a total of 32 different recipes for no bake pies inside this book. We cover all the most popular choices including the pumpkin pie, key lime pie, lemon meringue pie, cherry pie, peanut butter pie, the chocolate pie and more! 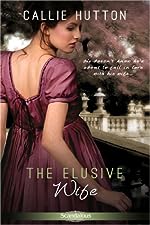 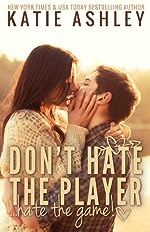 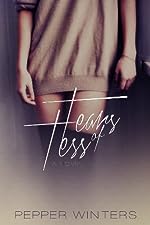 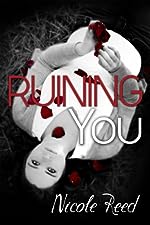 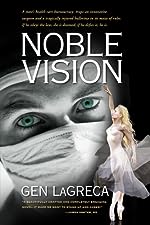 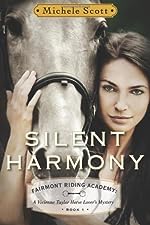