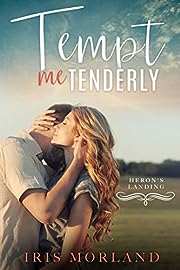 The most tantalizing of temptations…

Growing up in the small Missouri town of Heron’s Landing, Grace Danvers has loved Jaime Martínez from afar for five long years. A young artist and painter, Grace feels adrift, but one thing is constant: her love for Jaime. To her, he is everything: handsome, talented, and completely out of her league. But when she and Jaime kiss under the stars one fateful evening, suddenly her crush on him transforms into something more—something neither of them can deny.

Can bloom into the most tender of loves…
Jaime came to Heron’s Landing to work as the executive chef at the local vineyard River’s Bend. It has always been a pit stop in his mind—until Grace entered the picture. Now, he can’t stop thinking about his boss’s younger sister, or how she felt pressed up against him as they kissed that night. He knows he should leave her alone: she’s younger than him and innocent. But when Jaime comes under suspicion of stealing from the vineyard, he must choose between what he thought he wanted, and what has become a love he never expected to find. 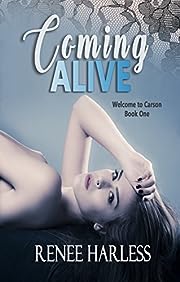 Second chances…Does one take it?

Avery Poindexter never expected to take another chance at love…actually, she had planned on remaining invisible for the rest of her life.

Growing up in a family that would put Cinderella’s to shame, Avery watched as her sister withstood years of abuse while she was sidelined to the staff quarters unable to fight for her own.
However, she had a plan…

On her eighteenth birthday, with the signed paperwork from her malicious grandmother, Avery and her sister make their escape and never look back, but Avery should have guessed that her change in luck was too good to be true.

After unexpected deaths, Avery finds herself simply passing through life….alone.
Banishing herself to a life of loneliness and solitude, Avery jumps at the chance to start over somewhere new: Carson, North Carolina. As Avery adjusts to a new beginning and a new life, she’s thrown a curve ball she wasn’t expecting – him – a man that has his own secrets and demons shrouded in the darkness of his past. He also happens to be one of her bosses and Avery finds herself drawn to him in a way she never anticipated, torn between wanting to wrap him in her arms and push him away in hopes to save his life.

Logan doesn’t trust women. Period. They play on your emotional vulnerability and use you if they can. They chew you up and spit you out. He should know; his family has a long history of lying, cheating, manipulating, and leaving women.

Growing up in a trailer park, kicking post to his dad’s vicious temper, Logan made a vow to make something of himself. Determination and scholarships got him through medical school; women got him through lonely nights.

A one-night stand cut short exposes Logan to a mysterious woman that flips his world upside down. Logan never expected to meet her; the one that would make him question everything. Undeterred by her need to keep him at an arm’s length, he goes against everything he believes in the quest to prove that they’re worth fighting for.

Will Logan be able to breathe life back into Avery’s heart and offer her the things she craves…family? Love? Or will their devastating pasts force them apart? 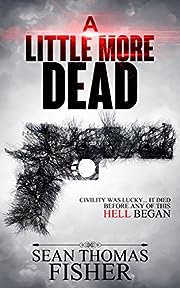 Six days into a global pandemic, the plan is simple: stay alive.

With their close friend Dan and limited amounts of ammunition, Paul Hessler and his wife, Sophia, quickly find themselves on their own in the snowy Midwest. The police and military have already lost the battle, and in a world where chaos rules the streets, what chance does the everyday man have against the undead nipping at their heels? Armed only with shotguns and handguns, this untrained trio is about to find out what it takes to survive the apocalypse. The only question is…will they want to?

The Plug Next Door 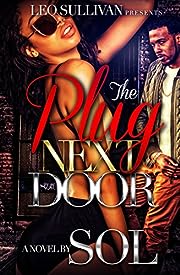 Can you imagine what it would be like to live next door to The Plug?

God, his name says it all. He’s rich, handsome, powerful and has a heart of gold. But don’t let his kindness fool you. He’s the street king of New York and rules The Empire State with no holds barred. His reign, both lengthy and fierce, is one to reckon with and everyone knows it. With the type of power and respect he has, there’s nothing or no one challenging enough to knock him off his game nor his throne. That is until he meets the likes of the gorgeous Dr. Vaughn. Both witty, and domineering, she whisked her way into his life unexpectedly and proved to be his biggest challenge yet. He wants her and will stop at nothing to get her, but there’s one problem. He has a family, and his Queen isn’t ready to relinquish her crown just yet.

Reese, aka Dr. Vaughn, both beautiful and brainy, has a booming medical career that affords her a luxurious lifestyle. The Doc has just about everything going for herself except for one thing. She doesn’t have a man to call her own…not that she’s looking. After having her heart broken on numerous occasions, she vowed to never love again. But then she crossed paths with her next door neighbor and he changes her life forever.

Young has too much money for his age and is about as handsome as they come. His good looks and endless cash flow makes him the most eligible bachelor in New York. All the ladies love him, yet he can’t seem to find the one. Being the go-to, under the watchful eye of his big brother, God, finding time for love has always been a difficult task. Then he meets the baddest chick walking, Alexa. She gives him a run for his money. But you know what they say…you can’t run forever.

Alexa has played the fool to her long term boyfriend in Texas for years. Once she finally walks away, she has $200 dollars in her bank account and no plan on how she’s gonna get by. Along her journey back home to New York, she meets a man who turns her world upside down.

Nas hails all the way from Texas and just like the Lone Star State, everything about him is big, especially his ego. His main goal for migrating up north is to find his long lost brothers. However, with less than a hundred grand to his name, he’s determined to takeover the street of New York no matter who’s toes he steps on in the process. But what if taking over means eliminating the brothers he never knew?

In this gripping tale of street love, drugs, lies and murder; many will not make it out alive, some will find love in a hopeless place while others get caught in the crossfire. Dive into the life of women who deserve more, and find out what it’s like to date the plug next door.

An Unexpected Afterlife: A Novel (The Dry Bones Society Book 1) 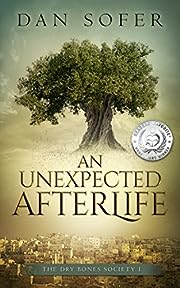 YOU ONLY LIVE TWICE

When he wakes up naked and alone in the Mount of Olives Cemetery, Moshe Karlin doesn’t remember dying two years ago, nor does he realize how hard he’ll have to work to win back his perfect old life… and his wife. In fact, he’ll be lucky to survive his first week on the streets of Jerusalem.

Meanwhile, other changes are afoot in the Holy Land. A reluctant prophet prepares to deliver a message of redemption–and the end of life as we know it–when a freak accident changes the course of history. 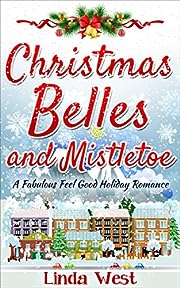 The small Christmas obsessed town of Kissing Bridge is thrown into a holiday mystery when the famous Landers ladies’ blue ribbon winning cookie recipe is stolen. All of the Christmas Eve Silver Bells cookie contestants are possible suspects.
If that isn’t worrisome enough, they also have the curse to contend with. Meanwhile, their neighbor has gone Hollywood crazy and is accosting innocent men all over the town with her wanton, unwanted kisses under the mistletoe.
It seems as if all may be lost, but miracles and magic occur in Kissing Bridge all the time, so anything can happen… 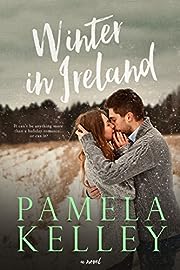 They say love always finds you when you’re not looking for it…. Romance writer Jennifer Graham heads to Dublin for a two month research trip, and to heal from a recent breakup. The last thing she is looking for is romance, especially with another workaholic…and then she meets Ian Shephard.

He’s the son of her best friend’s aunt, the one she is staying with while she’s in Ireland. He’s staying there too, temporarily while his condo is being renovated. Their attraction is immediate and unexpected. But dating Ian would be a very bad idea, for three very good reasons. He’s not looking for a relationship, he is a workaholic and he lives in another country….

So, they’ll just be friends…..that’s the plan anyway. .**Be sure to check out the preorder for Fake News, coming soon!
. 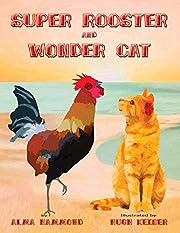 Besties Rooster and Cat ramble down to the beach to practice their superpowers!  There they meet up with Ray, Crab, and Shark.  At first the two friends are frightened, but soon realize the other creatures are deserving of respect and have pretty special superpowers of their own – all real and important for their survival!  The book is interactive and helps kids find the answer to, “What is My Superpower?”
In this colorful and beautifully illustrated book, children focus on identifying their own strengths, while also appreciating and respecting the strengths of others. Diversity, acceptance, friendship, and self-esteem prevail over fear!

Youngsters will learn about some amazing creatures–coconut crabs, black tip reef sharks, and spotted eagles rays. They all live in and along the South Pacific Ocean, which surrounds Bora Bora in French Polynesia (a Society island along with Tahiti). Children will also be amazed to discover all of the animals’ awesome superpowers are actually true! More fun facts about these creatures are included after the story and provide additional educational value. 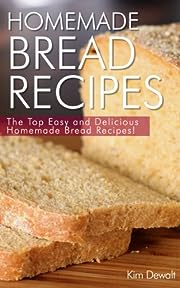 From your conventional breads, to your non-conventional specialty recipes, this homemade bread recipes book HAS IT ALL!

Best of all, all these recipes have EASY TO FOLLOW steps so ANYONE can make delicious bread in no time at all!

Try a few of these homemade bread recipes and I guarantee you’ll never want to buy bread from the store again! 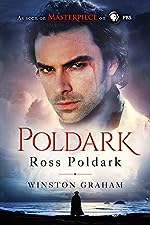 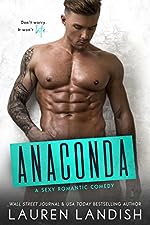 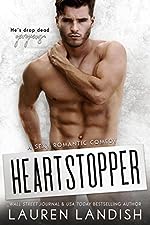 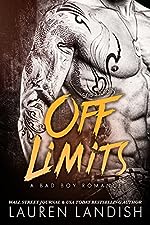 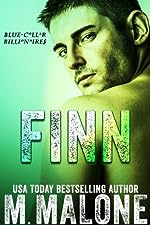 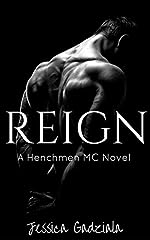 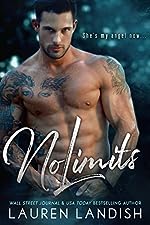 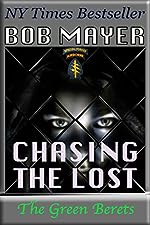 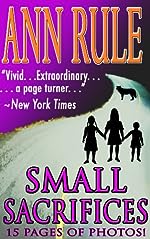 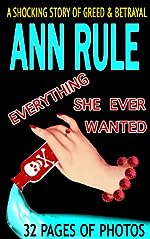 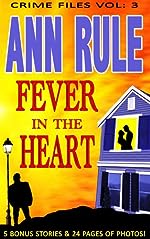 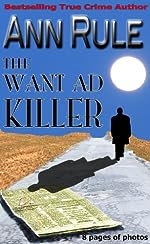 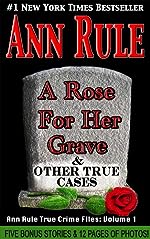 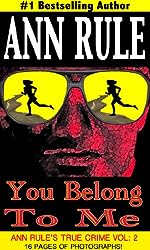 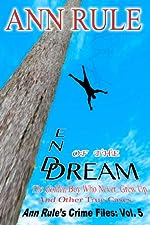 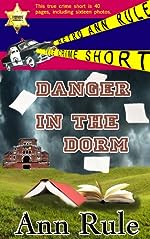 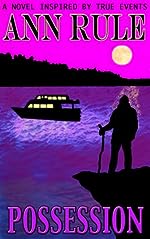