The Crown of Stones: Magic-Price 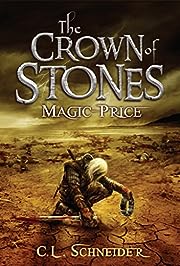 Born of the Shinree, a fallen race reviled for their inborn addiction to magic, Ian Troy is no stranger to scorn. His people, drugged to quell their deadly spells, are bred and sold as slaves. Conscripted into the army at a young age, Ian was made to fight in Rella’s long-standing war against the brutal Langorian invaders. For six years, he battled as the queen demanded: without magic. But as Rella’s defeat became imminent, Ian defied orders and turned to the Crown of Stones, an ancient Shinree relic of untold power. Harnessing its magic, he brought peace to the realms, but at an unthinkable price.
A decade later, Ian is still haunted by the tragic aftermath of that day. Living as a bounty hunter in self-imposed exile, he curbs his addiction with wine and regret. But when a fateful encounter with a pretty assassin brings Ian’s past crashing into the present, his addiction is awakened. The land he gave up everything to protect is once more in jeopardy, and denial is no longer an option. To save the realms, Ian must embrace the one thing he fears most: his own power. 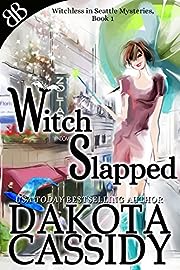 “Oh, good. Not a problem. I’ll invoke the Gods of Pilates. I’m sure they’d be happy to help. Hang on just one sec while I dial them up. Oh, wait. I can’t. Know why I can’t? Because my hands are tied behind my back with zip ties, Win!”

A rib-tickling cozy mystery complete with an ex-witch, a dead British spy, a cotton ball bat, and a cast of suspects that will keep you guessing right up to the end! Join the hunt for a murderer with Stevie, Winterbottom, and Belfry, in a race against time as the local police prepare an eight by ten cell for our intrepid ex-witch.

What’s a girl to do when she’s a broke, shunned ex-witch with a very tiny, very hungry bat familiar named Belfry to feed?

Hello. My name is Stevie Cartwright, and I’ve been witchless for thirty days.

If only there was a support group for down-on-their-luck ex-witches who’ve had their powers slapped right out of them (literally). Just as I was licking my wounds after returning to my hometown of Ebenezer Falls, WA, and navigating my suddenly non-magical existence with the help of my familiar, the only friend I have left in the world—things got sticky.

Enter an ex-spy and newly departed spirit named Winterbottom, who’s infiltrated my life with his sexy British accent and a couple of requests…

Thanks to Belfry’s successful attempt to use me as a human antenna to the afterlife, I can somehow hear Win. I should be ecstatic; helping departed souls used to be my witch specialty. It’s like I got the teensiest piece of my old life back. Except Win’s dropped me right at a dead woman’s feet.

Madam Zoltar, the town’s beloved fake medium, has been murdered, and Win wants me to catch the killer.

My old life won’t be worth much if it gets me whacked before my new life has barely begun–and that seems to be exactly what the killer has planned! 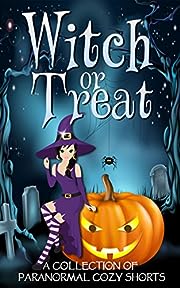 It’s All Hallows’ Eve, and these witches are getting wild!
Just in time for Halloween, some of your favorite authors have teamed up to bring you more than 600 pages of mystery, magic, and mayhem.
Whether it’s a trick or a treat, these witchy tales will surely get you in a spooky state of mind! 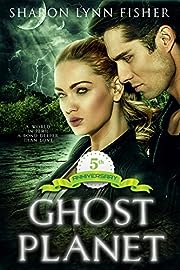 Psychologist Elizabeth Cole prepared for the worst when she accepted a job on a newly discovered world–a world where every colonist is tethered to an alien who manifests in the form of a dead loved one. But she never expected she’d struggle with the requirement to shun these “ghosts.” She never expected to be so attracted to the charming Irishman assigned as her supervisor. And she certainly never expected to discover she died in a transport crash en route to the planet.

Reincarnated as a ghost, Elizabeth is symbiotically linked to her supervisor, Murphy–creator of the Ghost Protocol, which forbids him to acknowledge or interact with her. Confused and alone–oppressed by her ghost status and tormented by forbidden love–Elizabeth works to unlock the secrets of her own existence.

But her quest for answers lands her in a tug-of-war between powerful interests, and she soon finds herself a pawn in the struggle for control of the planet…a struggle that could separate her forever from the man that she loves. 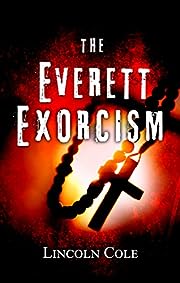 Something strange is happening in the city of Everett, Washington and Father Niccolo Paladina is tasked with investigating possible demonic activity. Nothing is as it seems, however, and things quickly begin spiraling out of his control.When his path crosses with that of an old rival, they discover that things are worse in Everett than either of them could ever have imagined. Arthur is an Occult Hunter struggling to find some semblance of control in his life after his family was murdered. He’s finding it difficult to move forward and seeks to punish the person who betrayed him.They discover in Everett, however, that some stones are best left unturned. As Niccolo’s world collapses around him, he will be left with one terrible question: what is my faith worth 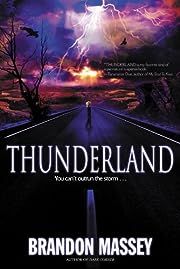 Days after a devastating gale rips through his town and nearly takes his life, young Jason Brooks wakes up to a whole new world. His mother–once a neglectful, angry drunk–has given up the bottle to spend more time with him. His father–largely absent for most of Jason’s life–is making an honest effort to mend his troubled marriage. And shy, self-conscious Jason has made friends–at last. The whole family is well on the way to recovery–and to finding the happiness that in the past has proved so elusive.

But then the nightmares start . . .

The stalker creeps into the bedroom. He bends down, slowly lifting the bedspread. He lifts it higher . . . and Jason wakes up screaming, his heart thudding in his chest.

And strange things begin to happen . . .

Cryptic messages appear on the bathroom mirror. Clothing flies about the room. The bed rises in the air . . . and thumps back to the ground. And always, in the distance, thunder roars . . . 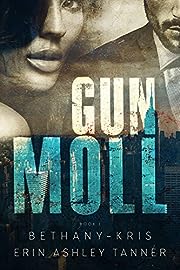 James “Mac” Maccari’s career in the mafia is at a standstill. As the best solider in his Capo’s crew, all he wants is to be noticed enough to get Made in the Pivetti Crime Family. But instead, his Capo’s interests seem more focused on keeping his solider hidden from the boss, and every other Made man he can. Seemingly stuck right where he is with no chance of going up, Mac doesn’t know what will finally get him the attention he needs to earn his button.

Until she shows up and all eyes are on them …

Melina Morgan survives—that’s just what she does. She’s never been able to depend on anyone but herself to keep her safe and get things done. When a chance encounter puts her in a bad situation with the cops and the mafia, Melina has no choice but to put her faith in the hands of a man that not only infuriates her with his cocky arrogance, but catches her interest, too. Playing pretend in a fake relationship with Mac doesn’t seem all that terrible, until pretend turns real and bullets start to fly.

A man is nothing without his woman …

When the attention on Mac and Melina turns from bad to worse, and someone in the Pivetti Crime Family decides the couple needs to go, they know they’re fighting an uphill battle alone. But making it to the end alive means Mac could get what he’s always wanted, and Melina might find what she didn’t even know she needed.

Together, they’ll make waves the mafia has no choice but to notice …

The Walls of Arad (Journey to Canaan Book 3) 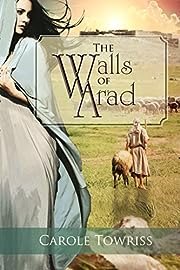 Everyone knows Joshua fought the battle of Jericho, but before Jericho, there was Arad…
When Arisha flees Canaan, she finds herself in the Israelite camp. Under Miriam’s care the young woman begins to heal, but Israel’s matriarch is close to death. She wants to be assured this abused and abandoned young woman will have a good life, and she entreats Zadok to marry her.
Zadok is the grandson of Bezalel, architect of the Tabernacle, and great-grandson of Hur, advisor to Moses. Selected by Aaron to shepherd the Tabernacle flock, he has a gentle spirit Miriam believes can help heal Arisha’s heart.
The Canaanite king of Arad has heard about the mighty deeds of Israel’s God, and fears he will be destroyed as Egypt was. When Arad goes on the offensive, Zadok will have to make a choice. This time a shepherd’s heart cannot save Arisha.
This time, she needs a warrior. 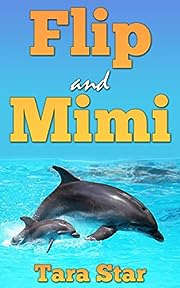 Flip and Mimi is a delightful and truly inspirational story for kids. It is an adorable children’s picture book, about Flip the baby dolphin’s appreciation of her true potential at an early age to become a leader among her friends.

Flip and her mom Mimi portray the classic grace, playfulness and social nature of dolphins. Not to mention Flip’s artistry and athleticism while swimming and playing in the water. Truly a beautiful creation of nature physically as well as personality-wise.

The book is a treat for the entire family with pictures to stimulate the interest of children and adventures and life lessons for everyone.

A great story that can be read to those younger than 5, a read alone or with guidance book for kids age 5-8, or as a read alone collection of tales for kids 9-12 who are looking for a new sort of hero. Who doesn’t want to know about a dolphin? 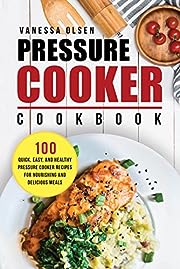 Did you know that the healthiest way to prepare meals is also the quickest? Pressure Cooker Cookbook – 100 Quick, Easy, and Healthy Pressure Cooker Recipes for Nourishing and Delicious Meals provides all the information you need to use a pressure cooker, along with 100 delicious recipes just waiting to be tried out.

This pressure cooking cookbook will absolutely transform your usual kitchen routine – and for the better! With a long list of delicious and healthy pressure cooker recipes, you’ll be able to put together dishes like fall-off-the-bone ribs with a third of the time and effort it would normally take. Not to mention, pressure cooking is one of the most advanced ways to preserve nutrients contained in food, so you’ll feel some amazing health benefits as well! 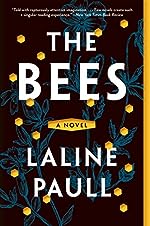 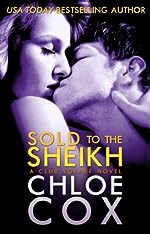 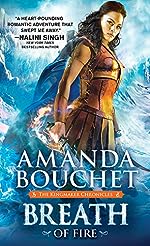 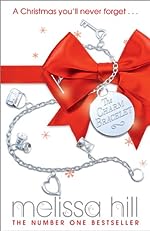 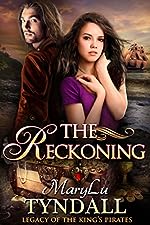 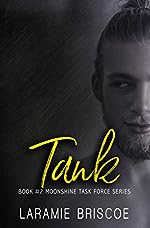 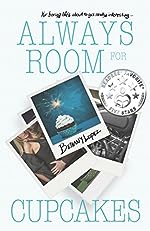 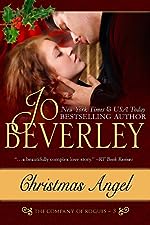