Avogadro Corp: The Singularity Is Closer Than It Appears (Singularity Series) 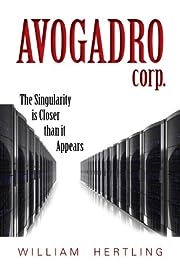 David Ryan is the designer of ELOPe, an email language optimization program, that if successful, will make his career. But when the project is suddenly in danger of being canceled, David embeds a hidden directive in the software accidentally creating a runaway artificial intelligence.

David and his team are initially thrilled when the project is allocated extra servers and programmers. But excitement turns to fear as the team realizes that they are being manipulated by an A.I. who is redirecting corporate funds, reassigning personnel and arming itself in pursuit of its own agenda. 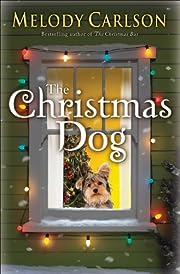 Betty Kowalski isn’t looking forward to the holidays. She just can’t seem to find Christmas in her heart. There’s church, of course. But who can she bake for these days? And who would care whether or not she pulled out the Christmas decorations?

Her new neighbor just adds to the problem. He’s doing home improvements that don’t appear to be improving much of anything. These days when Betty looks out the window, she sees a beat-up truck, a pile of junk, lots of blue tarps, and–horror of horrors–an old pink toilet.

But when a mangy dog appears at her doorstep, the stage is set for Betty to learn a very important lesson about what Christmas is all about. This contemporary Christmas story is a timely yet gentle reminder that God can work miracles through something as seemingly insignificant as a little brown dog. 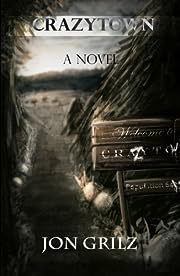 When the body of a murdered teenage boy is found in the forests of northern Minnesota, FBI Special Agent Darren Lockhart is sent in to investigate. Believing this death to be another in a string of bizarre executions, Lockhart soon finds himself isolated in the north country and facing a city that not only fears the killer, but also the federal agent there to protect them. A life of chasing America’s worst criminals has taken it’s toll and with the end of his career looming, Lockhart has just one last chance to catch a maniac that has eluded him for over two years. Set in the beauty and serenity of northern Minnesota, “Crazytown” is a story of deception, murder, and betrayal that will change Lockhart’s life forever. 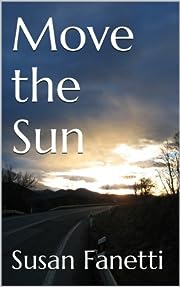 Lilli Accardo moves to the dying town of Signal Bend, Missouri, where the citizens have made a devil’s bargain to stay afloat. Lilli quickly garners the attention of the whole town, particularly Isaac Lunden, President of the Night Horde Motorcycle Club and de facto protector of the town and its citizens. When it turns out that Lilli is there under murky circumstances, Isaac decides to get close and try to figure out what she’s hiding. Their chemistry is instantaneous and electric, but each is a potential danger to the other. Action, sex, and drama ensue as Isaac and Lilli try to navigate the rocky terrain between trust and threat. Note: Explicit sex and violence. 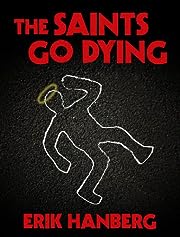 Against him is an unscrupulous reality TV show, whose sole premise is that the police are corrupt and incompetent. As the intensifying public reaction pushes all of Beautyman’s resources to the limits, he dusts off his old habits–computer hacking–to dig up evidence he couldn’t find legally.

But when he accidentally leaves a cyber-trail, he finds himself targeted by a member of his own department, who doesn’t know the hacker she’s tailing is in the office next door.

It’s a deadly cat-and-mouse game set against the lights of Hollywood. 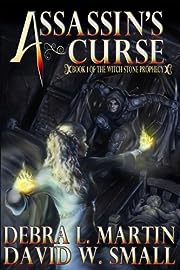 When elite assassin Jeda received his assignment to kill a witch and deliver her twin daughters to the Countess of Berkshire, he had no idea it would be his last. The witch stuns him with an elemental blast, but not before he’s able to throw his knife. When Jeda regains consciousness, the dying witch is performing a compelling spell between him and her twin daughters. Now bonded to the girls, Jeda’s old life is forfeit. His only thought is to take the girls and run as far away as he can. He has no idea that the twins are the ones spoken of in the long-lost prophecy of The Witch Stone. Forces are gathering: the white witches want to teach them; the Countess wants her grandchildren back, and the guild has sent their best assassin to bring Jeda back, dead or alive.

Jeda must use all of his assassin skills to stay one step ahead of them all, but will it be enough to save himself and keep the children of prophecy alive? 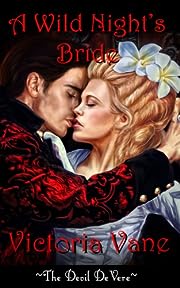 What happens when a struggling actress and a grieving widower come together in a night of unbridled debauchery orchestrated by a bored and machinating rake? With the devil in charge…there will be hell to pay!

She’s a lonely lady down on her luck… Phoebe Scott, alias Kitty Willis, is a struggling Covent Garden actress with a bruised heart and a closely guarded secret.

He’s steadfast and eminently respectable.. Sir Edward Chambers, Ned to his intimates, is guilt-ridden over his beloved wife’s death and avowed to live out a rustic and mundane life … of celibacy.

With the devil in charge — there will surely be hell to pay. Devil in disguise, Viscount Ludovic DeVere, is determined to return his best friend, Ned, to the land of the living. His meddling machinations result in a night of mind blowing passion after which “dull dog Ned” awakes to find himself in the King of England’s bed! 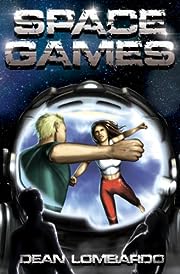 Like any good reality show, Space Games leaves us wondering what the contestants would do next and how they could possibly top the last bone-breaking outburst of brutality. The ending goes to a pretty dark place—the worst nightmare for any TV producer, except Zimmer.
Brian Bandell, New York Journal of Books

The cameras are on and the gloves are off in this battle of the sexes in space.

The Condor Song: A Novel of Suspense 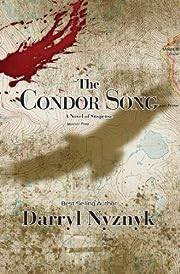 Sean Donovan lost everything: his wife, kids, job, and license to practice law. Abandoned by his wife, betrayed by a friend, and fired by his firm, it has taken thirteen years for Sean to come back, now barely eking out a living on minor cases while his former firm thrives.
When Buck Anderson, renowned environmentalist from Sean’s hometown is murdered, Sean reunites with Buck’s niece at the old man’s funeral. She begs Sean to join the Sierra Club’s case to stop a major ski development by a Disney-type company, the very case on which Buck was working when he was killed. Sean agrees, but learns too late that his former firm represents the opposition with motives more sinister than their client’s development.

Described as “The Verdict”, starring Paul Newman, meets John Grisham’s “The Pelican Brief,” THE CONDOR SONG is an environmental legal thriller set against California’s rugged Sierra Nevada Mountains in which a man lost to the world he thought he knew tries to find redemption in the face of impossible odds.

The Cistern Mission – A Short Story 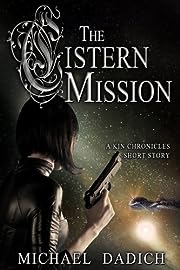 Evolved Publishing presents a wild journey to a sister planet of Earth, in The Cistern Mission by Michael Dadich. This short story is a prequel to the multiple award-winning novel The Silver Sphere. At just under 3,600 words, it’s the perfect short distraction from your busy day. [YA Fantasy/Sci-Fi] [DRM-Free]

We have included a four chapter sneak peak from The Silver Sphere novel in this edition.
Short Story, Young Adult, Science Fiction/Fantasy

Captain Rostand knows the importance of his undercover mission. The families of Azimuth’s proud officers have just been slaughtered as a statement by the evil dictator Hideux. But how did Hideux know where Azimuth’s forces were hidden? How could his Nightlander army be one step ahead of the powerful Azimuth Alliance at every turn?
The hard truths he discovers on his quest for justice may mark the incendiary beginning of the war of all wars. Will Azimuth survive the great onslaught? 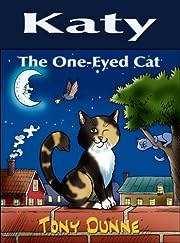 It tells the heartwarming tale of an injured, disabled cat and how she finds a new home after being left to fend for herself.

It is based loosely on a true story.

Every year thousands of cats find themselves without a home and most are left to survive on their own as best they can. Some, like Katy, are lucky enough to be taken in by animal lovers. If they themselves cannot provide a home, the cats are taken to local animal sanctuaries where they are cared for until new homes can be found.

Katy was also hampered by disability. Not only was she injured, but the mistreatment she had been victim to had resulted in her losing an eye, making it even more difficult to find a home for her.

But disabled cats deserve to have good homes too and the story of Katy The One-Eyed Cat ends happily for all concerned, including those who found her, those who cared for her and those who adopted her.

Not least, of course, the story ends happily for Katy herself and shows the importance of caring for all animals, including those who are disabled, as well as those who have been the victims of terrible cruelty.

I’ll Have The Soup And Salad (Know About Cooking) 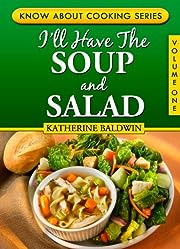 When you envision the perfect bowl of steamy, delicious soup, what comes to mind? Is it the soup your mother or grandmother used to make from scratch using fresh vegetables and fresh beef or chicken simmered in a savory broth with just the right mixture of herbs and garlic? Maybe your dream soup is a thick, rich bowl of New England Clam Chowder. Or maybe it’s a nice can of condensed soup that you add a can of water to and Voila – you have your favorite soup. What? Scratch that last one because you won’t find any of that in this book. You will, however, find the first two. 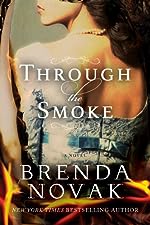 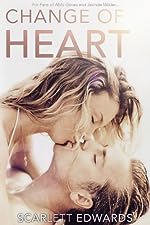 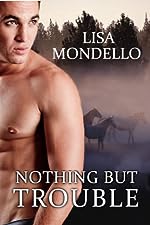 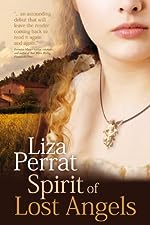 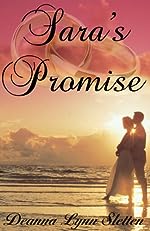 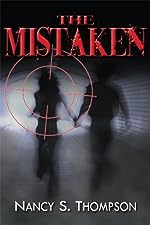 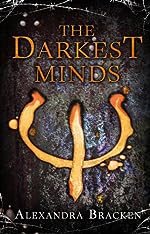 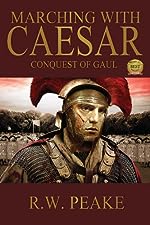