Love in the Balance (Ladies of Caldwell County Book #2) 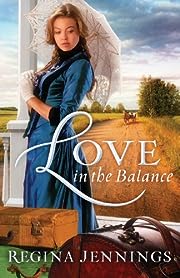 Molly Lovelace dreams of being a society leader in 1878 Lockhart, Texas, but being smitten with handsome wrangler Bailey Garner doesn’t seem the quickest route. If only he would settle down so he could support a family.

Bailey imagines doing great things for God, but his biggest issue is Molly. As long as he thought they’d be married, he excused their stolen kisses, but when she keeps refusing, he vows to earn her love. In town, he tries his hand at several different trades, but everywhere he turns he runs into the mysterious stranger Edward Pierrepont. No surprise that Molly’s always making calf eyes at the wealthy adventurer.

One large fight and some crossed wires later, Molly is prepared to swear off Bailey forever, especially since Pierrepont seems to be hinting at marriage–only he’s also about to leave Lockhart. As pressure from Molly’s parents grows she is forced into a hasty decision. Had she weighed all her options and will she find love in the balance?

Lily of the Valley (A Flowering Novel) 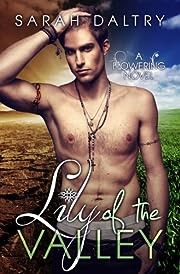 Jack’s story isn’t pretty. He’s suicidal, depressed, and he uses meaningless sex and alcohol to survive. However, the story is about finding light in the darkness, but sometimes the road there isn’t always easy to walk.
“No one tells you about pain. They tell you that it hurts, that sometimes it’s consuming. What they don’t tell you is that it’s not the pain that can kill you. It’s the uncomfortable numbness that follows, the weakness in your body when you realize your lungs may stop taking in air and you just can’t exert enough energy to care. It’s the way taste and color and smell fade from the world and all you’re left with is a sepia print of misery. That’s when the shift starts – the movement from passive to active. I fall asleep, hoping that the morning will bring back the pain. At least the pain is a thing.”
I’m a plague, a cancer. My mom is dead – and my father is in prison for it. I survived high school because college was my way out. I needed to escape, to get away from my family and the people who tortured me, but it hasn’t grown any easier.
I don’t pretend that I’m a good person. I drink far more than I should, and I use my best friend, Alana, because together, we thrive on destroying each other – as well as the parts of us we hate. I don’t believe in love, but sex is fun and it also makes me feel something.
The morning I see Lily, the beautiful princess who smells inexplicably like strawberries every time I see her, I realize I’m in trouble. I should hate her. I want to hate her, because the alternative terrifies me. However, as she continues to crash into my life (often literally), I can’t avoid feeling something that is the one thing I swore I would never feel. I can’t fall in love, because people like me don’t live in a world where love saves anyone.
She just won’t go away, though, and I don’t know if I can keep running. The voices and the darkness hover over me and they threaten to bring me back to the safety of my hate, but the stupid scent of strawberries lingers on the horizon, as something like hope. 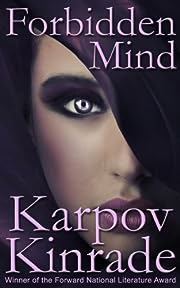 My employers pay me well to be right, to know things others can’t. But I don’t know why they brought that boy in, strapped to a stretcher, barely conscious. He asked me for help when I could give none.

I know, because I can read minds.

My name is Sam, and this is my story.

So begins the tale of Sam and Drake–from the time they link minds, forging a bond that leads to an unconventional romance–to their fight for survival against the corrupt, twisted organization known as ‘Rent-A-Kid.’ 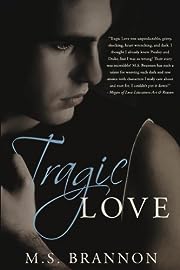 For Drake and Presley, life has handed them more challenges than any one person should ever face in a lifetime. Together, they’ve survived Presley’s captivity from her deranged uncle, but now they must learn how to live with the events that surrounded her time spent with him, while keeping the details of her rescue a secret.

For Presley Quinn, living the last two years has been practically unbearable, constantly drowning in nightmares put there by a man responsible for the violent imagines continually playing in her mind. She keeps moving forward, but is barely clinging onto the edge when she’s faced with another obstacle from her past that is so unavoidable, so tragic, it threatens to break her apart—herself.

Drake will do anything to protect Presley from ever feeling pain again. His love is irrefutable. He walks side by side with her, vowing he will never let anyone harm her again. However, when an unexpected event turns Presley against everyone she’s ever loved, Drake is faced with trying to save the only woman he’s ever loved or severing the only lifeline she’s ever had—himself. 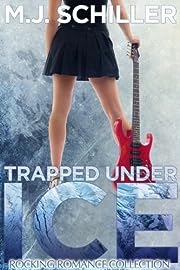 TRAPPED UNDER ICE is a novel about a three time platinum record-producing band whose lead singer, Chad Evans, is haunted by his past. Growing up in an abusive home, then being left alone at the age of thirteen to raise his kid brother, Chad still fights the pain he felt as a child, and the anger it causes, despite being a wildly successful rock star. “Chad [tries] to play his heart out on the stage; but he [can] never quite seem to leave it there.”

Beth Donovan, lunch lady/writer, is thrilled to be enjoying a Trapped Under Ice concert with her daughter, Cassie. Even though it has been three years since her husband, Paul’s, death, sorrow still shadows her life, so the distraction of seeing her favorite group is a welcome one. However, when the concert is over, Beth and her daughter are followed and attacked by two men in one of the stadium’s bathrooms. When Chad and his bodyguard, Pete, come to their aid, an attraction sparks immediately between Beth and the tall singer.

Though the pair is drawn to each other, the relationship goes through numerous trials centered on Chad’s unresolved anger, and Beth’s fear of opening herself up again. In addition they face being separated forever by someone who is sending Chad death threats. Trapped Under Ice is the story of a love-affair fraught with difficulties from without, (ex-girlfriends who resurface, crazed fans who don’t want to take “no” for an answer…), as well as difficulties from within, (jealousy, anger, fear…). Will Chad and Beth be able to rise above these trials and tribulations? Or will they remain trapped under ice?

END_OF_DOCUMENT_TOKEN_TO_BE_REPLACED

“Matilda Lanai, she of the sickening fall and the miraculous, silt-spitting, quaking resurrection. It might be a sign at that. The Island girl wasn’t stupid. She knew how to work. And she had it inside her to be ruthless. Block had seen it plain as day.” Epic Fantasy, Muskets & Magic. Historical fiction in a fictional world.

END_OF_DOCUMENT_TOKEN_TO_BE_REPLACED

Her first thought: “Who are you?”

It’s the morning after her cousin’s bachelorette party in Vegas and Megan Scott wakes up with the mother of all hangovers. Even worse, she’s in a stranger’s penthouse having woken up with something else as well—a funny, arrogant, sexy…husband!

Up until now, finding even a boyfriend had seemed impossible—been there, got the broken heart, sworn off men for good. Then a few martinis with Carter…no, Connor Reed and she’s gone from first meet to marriage in one night!

Megan wants a lawyer. But Connor’s shocking bombshell? “I don’t want a divorce.”

END_OF_DOCUMENT_TOKEN_TO_BE_REPLACED

Code name: Jet Twenty-eight-year-old Jet was once the Mossad’s most lethal operative before faking her own death and burying that identity forever. But the past doesn’t give up on its secrets easily. When her new life on a tranquil island is shattered by a brutal attack, Jet must return to a clandestine existence of savagery and deception to save herself and those she loves.