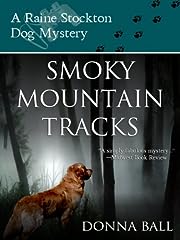 As a native of the small town of Hansonville, North Carolina,and a wilderness rescue worker, Raine Stockton knows the Smoky Mountains as well as anyone could, but she gave up her Search and Rescue work after a tragic loss. Now she reluctantly returns to active duty to help find a young child who has been kidnapped and taken deep into the forest. But as Raine’s young golden retriever, Cisco, picks up the trail, his enthusiasm fails to make up for his lack of experience, and their first foray into the forest results in disaster…and the discover of the kidnapper– shot dead.

Suspecting there’s more to the case than meets the eye, Raine struggles to overcome her personal demons, turns her search in new directions… and learns to trust Cisco to lead the way.

The other book(s) of the Raine Stockton Dog Mysteries series: 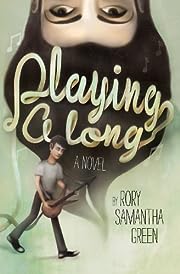 Then: George Bryce was an awkward, English schoolboy fantasizing about being in a band.

Now: George is frontman of Thesis, an overnight indie scene sensation. Intense, creative and self-deprecating, his childhood dreams have all been fulfilled – so why does George still feel so lost?

Then: Lexi Jacobs was a confident Californian high school cheerleader, planning her future marriage and a meaningful career.

Now: Lexi is searching for substance in a life full of mishaps. Cautious, bemused and rapidly losing the control she used to rely on, none of her teenage dreams have delivered and she’s left wondering, “What next?”

Follow George and Lexi as they navigate their days thousands of miles apart. Fly with them from London to LA and back again, as George copes with the dynamics of his tight knit band and loose knit family, while Lexi juggles her eccentric new boss, bored best friend and smother mother.

Even though there’s an ocean between them and their worlds couldn’t be further apart, George and Lexi are pulled together through music, and their paths appear determined to cross.

The question is – when?

At the end of this delightfully quirky, irresistible story, you too will be left wondering which of your fantasies are destined to come true… 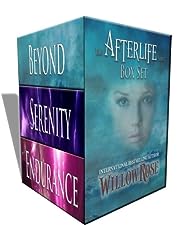 Book 1 – BEYOND
Death is only the beginning …
Meghan is 16 when she dies.
She wakes up on a flying steamboat on her way to a school run by Angels in a white marble castle.
On the boat she meets Mick who has been dead for more than a hundred years but still looks like a teenager. He helps her past the difficult beginning at the new school in a new world filled with magic.
One day some of Meghan’s roommates find a mirror in the cellar of the school and they persuade her to go through it with them – well knowing it is strictly against the rules of the school. Meghan ends up back on earth where she meets Jason. But Jason is in danger and Meghan knows something important. Something that is a matter of life and death. Soon she is forced to choose between the two worlds. The one she belongs to now and the one she left.

It is Meghan’s second year at The Academy.
While trying to help and care for Jason on earth she is struggling to keep up in school, where they this year will learn both to ride Pegasus’ and fly through severe storms. Meanwhile Mick is becoming more than a friend to her and soon she finds herself facing the unavoidable choice.
But something evil is threatening the students at the Academy and Meghan is no longer safe within the walls of the castle. Something causes several of the students to be caught in the middle of a nightmare, that they can’t wake up from.
Soon they realize that they might have a traitor in their midst.

Meghan’s training at the Academy is coming to an end. Everything is going great as she comes closer to graduation. She is engaged to be married and the wedding is near when she hears some disturbing news that makes her rethink her future.
In class the students are learning to catch dreams and fly with the speed of light. Meghan soon discovers her special talents and that she is much stronger than she thought. But unfortunately that doesn’t help her as she faces the truth about her own death, which will be revealed to her at the end of the year.
Endurance is the third book in Willow Rose’s Afterlife series about a young girl’s life after death.

The other book(s) of The Afterlife series: 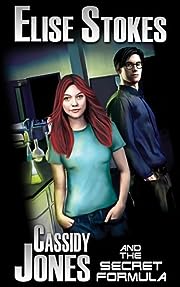 One Girl. One Accident. One Incredible Superhero.

Cassidy Jones is your typical fourteen-year-old– that is, until a seemingly harmless accident in the laboratory of a world-renowned geneticist turns her world upside down.
Discovering incredible strength, speed, and enhanced physical senses that defy logic, Cassidy embarks on an action-packed adventure that has her fighting for answers…and for her very life.

The other book(s) of the Cassidy Jones Adventures series: 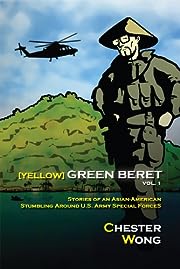 For Special Forces officer-turned-writer Chester Wong, being a Green Beret was tough business. Okay, there were a few laughs—in fact, there were countless random acts of hilarity, but maybe it’s how Wong looks at life that makes the difference. In Yellow Green Beret: Stories of an Asian-American Stumbling around U.S. Army Special Forces, one thing is certain: becoming an Asian American Green Beret is a calling only the wild should answer.

Whether or not you’re in the Army, there’s a whole lot of adventure and a whole lot of “who’d have thoughts” and “imagine thats” in this military memoir. With short stories like “Johnnie Walker Brown,” “Wily Filipino Cell Phone Thieves,” and “Sniper School: Extending the Range of Personality Lethality,” Wong pokes fun at the ironies of special operations combat, the idiosyncrasies of military life, and the absurdities of life on the frontline; more often than not he heckles his own harebrained ways. Each vignette is a standalone anecdote; sometimes there’s a lesson, sometimes it’s just for a laugh. He reminisces his West Point and Special Forces training, working with various militaries in Southeast Asia, and serving in Iraq and the Philippines, as well as general tidbits of military life. With a self-deprecating humor style, he leaves readers rolling with laughter and reflection on his unique observations and lessons learned from a path not often taken, which is good since this memoir is the first in a three-part collection.

The other book(s) of the Yellow Green Beret series: 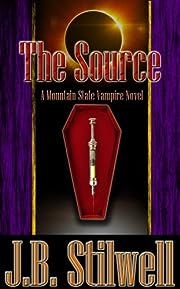 Vampires are not only among us, they are proud, tax-paying citizens with equal rights.

Emma Burcham is a human scientist working on a project for the Federal Office for Human and Vampire Administration, a U.S. government office created to deal with paranormal crime that the regular correctional system just can’t handle. She’s paired with scientist Rick Allstedt who just happens to be of the fanged sort. Together they work to uncover the source of vampire mortality for crime prevention – and if they succeed they will be $50,000 richer.

Emma struggles to focus on the project while she develops feelings for Rick. Does he feel the same way or will government archivist Tucker Dutrieux win her heart? Will Emma allow her desire for love get in the way of the work she was hired to do?

Emma quickly realizes that she has a lot to learn – not only about vampires, but also about herself. 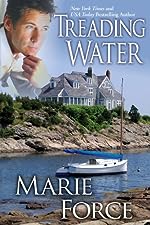 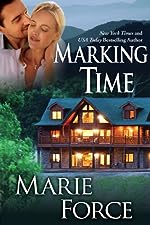 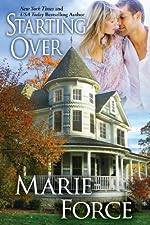 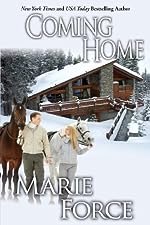 Love is the last thing on Jack Harrington’s mind when he sets out to meet Andi Walsh’s flight. Recently back to work after spending more than a year tending to his comatose wife, Jack is focused on getting through each day and caring for his three daughters. However, the moment he sets eyes on Andrea Walsh, the interior designer who has come to decorate the hotel his company is building in Newport, Rhode Island, Jack begins to wonder if Andi might be his second chance. After a disastrous marriage, Andi, single mom to a hearing-impaired son, isn’t exactly looking for love, either, but that’s what she finds with Jack. The two embark on a long-distance relationship fraught with challenges as they balance the needs of their children and dueling careers while Jack continues to care for his wife, Clare. Just when Jack thinks his life is once again settled, he is confronted with a new challenge that tests him in ways he never could’ve imagined, leaving him to wonder if “happily ever after” is in the cards for him. 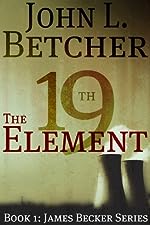 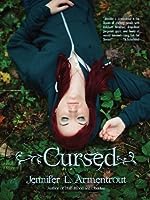 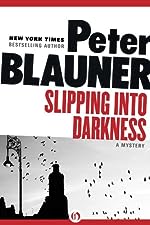