The Wretched of Muirwood 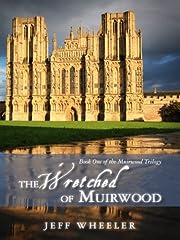 “The characters are real, potent, developed, complex, and well written, the story is adventurous and compelling.”

Imagine a world where words are so precious they are only etched in gold, and only the privileged are allowed to learn how to read. Muirwood Abbey is one of the few places where learners are taught to read and engrave, and thirteen year-old Lia wants nothing more than to learn both of these skills—yet she is a wretched, an orphan, and doomed to remain in the Aldermaston’s kitchen, forbidden to read and subject to his authority. Her future is destined for preparing recipes in a privileged household until, unexpectedly, a mysterious knight-maston abandons the wounded squire Colvin at the Aldermaston’s kitchen in the middle of the night. Soon after, Sheriff Almaguer comes hunting for Colvin, and Lia is thrust into the greatest adventure of her life as she and the squire are forced into a partnership that brings her closer to her dream—and Colvin closer to his fear of dying on the battlefield.

The Wretched of Muirwood is the first book of the Muirwood Trilogy.

The Blight of Muirwood 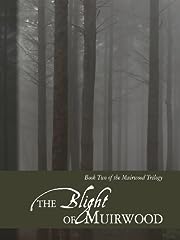 “The exciting action and intrigue in this book make it a fast paced page turner!”

The Aldermaston, the protector of Muirwood Abbey, is directed by the Medium to make Lia the new hunter of Muirwood. This will take some doing and a lot of training, but with leather bracers, a shooting glove, and quivers in hand, Lia rises to the challenge. Her first real order is to protect Ellowyn Demont from rivals like the Queen Dowager and the Earl of Dieyre. Lia knows very little about the princess’s land of Pry-Ree, but when Ellowyn is abducted, Lia will join forces with Colvin to bring the her back. Lia and Colvin must venture into the heart of a fallen kingdom, one devastated by an encroaching sickness called the Blight. It is here that a dark new secret is revealed—one that will make safeguarding the Abbeys nearly impossible.

The Blight of Muirwood is the second book in the Muirwood Trilogy.

The Scourge of Muirwood 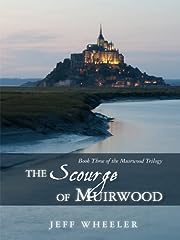 “Mr. Wheeler’s writing pulls you in and makes you a part of the story.”

Upon discovering she is the lost heir of Pry-Ree, Lia is forced to leave the protection of Muirwood once again. She embarks upon a perilous journey across the kingdom where she avoids capture and begs passage on a ship bound to Dahomey. Lia’s safety is in further jeopardy when she finally reaches Dochte Abbey and learns the hetaera have taken control. Lia must gather all her strength and muster the courage to defeat them, for if she fails, the consequence would be a world in ruin and the shattered lives of those she loves.

The Scourge of Muirwood is the final installment of the Muirwood Trilogy.