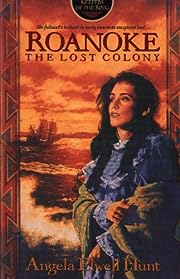 “I recommend this book to any reader of historical fiction.”

In 1587, a fleet of English ships set sail for the Virginia colony. During a storm, one ship became separated from the others and was never seen again. The settlers on board were presumed lost at sea, but there is both historical and legendary evidence that the colonists actually founded the Roanoke colony.

Veteran novelist Hunt (“Theyn Chronicles”) reimagines this slice of Colonial history through the eyes of Jocelyn White, a newlywed reluctant to leave her home in England for the wild shores of the New World. White’s journey is fraught with danger, but her dependence on God and God’s providence carry her safely through. Hunt’s engaging historical romance will appeal to fans of B.J. Hoff and Patricia Hickman. Recommended for most collections. 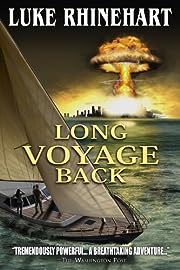 “This is one book that is worth the read & hard to put down.”

The voyage of the trimaran Vagabond began as a pleasure cruise on the Chesapeake Bay. Then came the War Alert … the unholy glow on the horizon … the terrifying reports of nuclear destruction. In the days that followed, it became clear just how much chaos was still to come. For Captain Neil Loken and his passengers, their shipmates were now the only family they had, the open seas their only sanctuary, their skill and courage all that might get them out alive.

By Steve Umstead / Genre: Science Fiction / Rating: 4.8 out of 5 stars 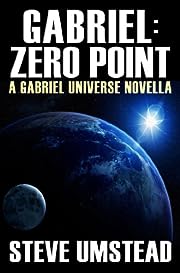 “Great writing, great characters, great action, and above all, an intriguing and thoroughly engaging story.”

Evan Gabriel wasn’t always a feared and respected North American Federation Navy Commander. Before dangerous missions to the ice-bound planet of Poliahu, the deadly jungle world of Eden, and politically corrupt Mars, he was a simple recruit, fighting to make his mark in the elite Naval Special Forces…and was part of a top-secret military experiment that would change his life forever.

Zero Point tells the tale of a young man faced with difficult choices and dangerous trials. Fans of the series will see part of the mysterious past Evan Gabriel carries with him, while readers new to the series get a preview of what is to come in a military man’s haunted life.

Zero Point is the true beginning of Evan Gabriel, and his story is just getting started. 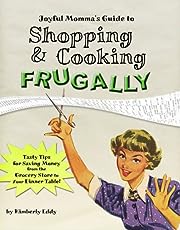 “This book has become my go to resource.”

Have you noticed the cost of groceries absolutely skyrocketing?

As the cost of feeding our families well on a tight budget continues to climb ever higher, we need to reevaluate how we spend the money in our grocery budget. That’s where Joyful Momma’s Guide to Shopping & Cooking Frugally comes in.

If you’re like me, you’ve been frustrated by the rising prices of groceries, while the family income either remains the same or goes down. It seems like everyone is looking for ways to cut back on their grocery bill.
Let me help you learn how to save big money at the grocery store with some simple and easy-to-implement tips!

Life After Debt: Practical Solutions To Get Out of Debt, Build Wealth, And Radically Transform Your Finances Forever! 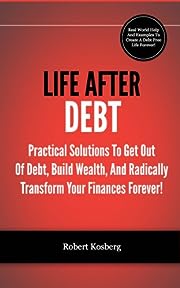 “I am sure that there are millions of people that need to read and act on this book.”

Life After Debt is the culmination of thousands of one to one meetings with people just like you and I but deep in debt.
In many cases their debt was not so much a function of irresponsibility but rather health issues, divorce and the economy.

In this book author Rob Kosberg peels back the curtain on the strategies and mindset needed to overcome debt once and for all.

Get this book today and be on your way to a debt free life forever!