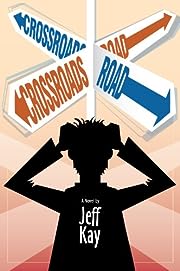 Jovis McIntire’s quiet life in the suburbs is turned upside down the day his mother-in-law wins $234 million in a multi-state lottery. She quickly makes an identical offer to all her children and their families: a large, custom-built home, and two million dollars cash.

But there’s a catch, a nasty hook hidden inside the bait. If the deal is accepted, they will be required to live together on a newly-created cul-de-sac in southern California, for the remainder of the matriarch’s life — a woman Jovis sarcastically calls Sunshine. 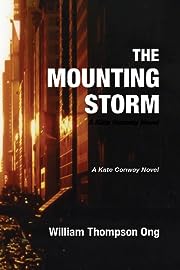 While tracking down a stolen painting, investigative reporter Kate Conway begins to suspect America’s most powerful media czar is not the Cambridge graduate and British citizen he claims to be—while unexpectedly falling in love with the man’s son. Will their torrid relationship survive when the truth explodes in a deed that traumatizes an entire city? Will Kate pry open the ultimate deception before it’s too late? It’s all here—in the heart-stopping pages of “The Mounting Storm”—the multi-layered saga of dark and sinister doings that thriller lovers have been waiting for. It’s the first volume in the delicious series featuring the intrepid reporter Kate Conway. 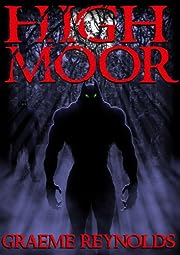 When John Simpson hears of a bizarre animal attack in his old home town of High Moor, it stirs memories of a long forgotten horror. John knows the truth. A werewolf stalks the town once more, and on the night of the next full moon, the killing will begin again. He should know. He survived a werewolf attack in 1986, during the worst year of his life.

It’s 1986 and the town is gripped in terror after the mutilated corpse of a young boy is found in the woods. When Sergeant Steven Wilkinson begins an investigation, with the help of a specialist hunter, he soon realises that this is no ordinary animal attack. Werewolves are real, and the trail of bodies is just beginning, with young John and his friends smack in the middle of it.

Twenty years later, John returns to High Moor. The latest attack involved one of his childhood enemies, but there’s more going on than meets the eye. The consequences of his past actions, the reappearance of an old flame and a dying man who will either save or damn him are the least of his problems. The night of the full moon is approaching and time is running out.

But how can he hope to stop a werewolf, when every full moon he transforms into a bloodthirsty monster himself? 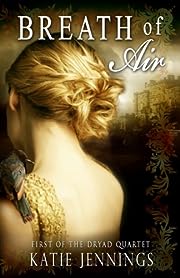 Her name was Capri, and she was Air.

She was born with a gift she didn’t understand. A gift so strange, so remarkable that she had kept it secret for as long as she could remember, despising that it made her different when all she wanted was to be normal, to belong. As an orphan, belonging to someone, anyone, would have been an incredible blessing, one she would have given up all that she had just to get a taste of.

But the truth was that she didn’t belong in the orphanage in Virginia, or even in the United States. In fact, she didn’t belong with human beings at all. Because she wasn’t one of them, not really. She was something much more extraordinary.

Defeat Wheat: Your Guide to Eliminating Gluten and Losing Weight 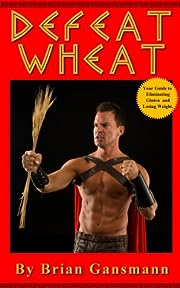 Defeat Wheat: Your Guide to Eliminating Gluten and Losing Weight, is the debut book by author Brian Gansmann, better known as the Gluten Gladiator. Brian has Celiac disease and through living with this incurable condition, he has discovered a very unique way to live healthy and lose weight. Brian will show you very easy to understand techniques on how to properly eliminate gluten from your diet and be on the fast track to achieving the kind of body that only movie stars have. Brian s love of food began at a very young age, as his parents owned several restaurants and recently celebrated their 26th anniversary in business. He grew up learning to prepare, know, and love not just ordinary food, but great food. In fact, it was this early passion for wholesome cuisine that led him into the retail advertising industry. In 2008, Brian, his business partner, and a Swiss-born chef (who is a member of the American Culinary Federation) founded a successful brokerage firm that creates new items for a number of national retailers and shopping clubs. You may have even seen Brian on NBC, FOX, CBS, ABC, and QVC talking about the benefits of adopting an all-natural diet. Defeat Wheat is his debut book.