Wine in my Sippy Cup 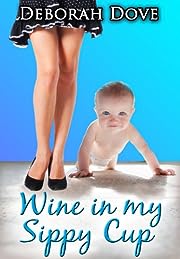 A sophisticated, put together career woman prior to having kids, now Liz Cartwright is lucky to go to the bathroom by herself, much less get out of the house wearing matching shoes and a clean shirt. While she is preoccupied with the sometimes mind-numbing responsibilities of motherhood, her husband is becoming increasingly distant and preoccupied with work, giving Liz the distinct impression that she is losing her husband along with her sense of identity. Armed with a book on spicing up her sex life purchased at a sex toy party and the help of her three best girlfriends, Liz embarks on an all-out attempt to rejuvenate her marriage and find personal fulfillment. 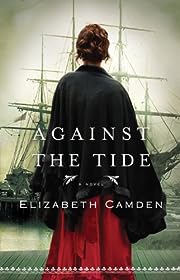 Love and Lives are Threatened in Camden’s Latest Offering

As a child, Lydia Pallas became all too familiar with uncertainty when it came to the future. Now, she’s finally carved out a perfect life for herself–a life of stability and order with no changes, surprises, or chaos of any kind. She adores her apartment overlooking the bustling Boston Harbor, and her skill with languages has landed her a secure position as a translator for the U.S. Navy.

However, it is her talent for translation that brings her into contact with Alexander Banebridge, or “Bane,” a man who equally attracts and aggravates her. When Bane hires Lydia to translate a seemingly innocuous collection of European documents, she hesitantly agrees, only to discover she is in over her head.

Just as Bane’s charm begins to win her over, Lydia learns he is driven by a secret campaign against some of the most dangerous criminals on the East Coast, compelled by his faith and his past. Bane forbids any involvement on Lydia’s part, but when the criminals gain the upper hand, it is Lydia on whom he must depend. 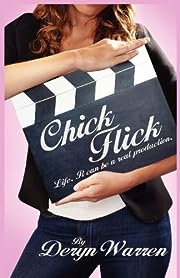 Sometimes a single sentence can change your life. “There’s been an accident.” “We need to talk.” Or, in the case of Sara, a mother of four getting ready for a dinner party she’s hosting for her husband’s boss, the almost offhand admission from her husband that he’s having an affair.

Sara, a film director (when she can get the work), is plunged into the chaotic world of single motherhood. But soon her awkward, awful and often hilarious attempts to patch up her marriage make her real life feel like something out of a movie – hiring a detective to find out who her rival is, dealing with her snobby in-laws, and resisting her friend’s advice to date and display what Sara thinks of as her “used” body. (Candles illuminate flaws like a searchlight!).
Sara’s friends, Landa, a brilliant film star, Rikki, whose ambition is to have an ambition, and Turley, the teen with too many piercings and hair that sticks up eight inches off her head, help Sara cope with her new life. When Sara discovers that her husband and his girlfriend are producing a film, the women plot to take the project down. Revenge has never been so cinematic.
Will Sara’s life be a full-out drama or the romantic comedy she deserves?

Cast of Stones, A (The Staff and the Sword Book #1) 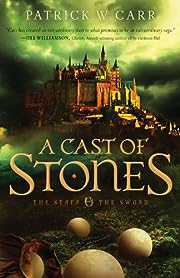 In the backwater village of Callowford, Errol Stone’s search for a drink is interrupted by a church messenger who arrives with urgent missives for the hermit priest in the hills. Desperate for coin, Errol volunteers to deliver them but soon finds himself hunted by deadly assassins. Forced to flee with the priest and a small band of travelers, Errol soon learns he’s joined a quest that could change the fate of his kingdom.

Protected for millennia by the heirs of the first king, the kingdom’s dynasty is near an end and a new king must be selected. As tension and danger mount, Errol must leave behind his drunkenness and grief, learn to fight, and come to know his God in order to survive a journey to discover his destiny. 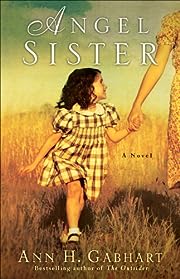 It is 1936 and Kate Merritt, the middle child of Victor and Nadine, works hard to keep her family together. Her father slowly slips into alcoholism and his business suffers during the Great Depression. As her mother tries to come to grips with their situation and her sisters seem to remain blissfully oblivious to it, it is Kate who must shoulder the emotional load. Who could imagine that a dirty, abandoned little girl named Lorena Birdsong would be just what the Merritts need?

In this richly textured novel, award-winning author Ann H. Gabhart reveals the power of true love, the freedom of forgiveness, and the strength to persevere through troubled times. Multidimensional characters face real and trenchant problems while maintaining their family bonds, all against the backdrop of a sultry Kentucky summer. Readers will be drawn into the story and find themselves lingering there long after they’ve finished the book.

END_OF_DOCUMENT_TOKEN_TO_BE_REPLACED

The Last Boy: Mickey Mantle and the End of America’s Childhood 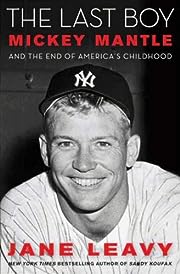 Which is stronger, hate or love?

After a steamboat disaster, Angelica wakes in the bed of a man she doesn’t know, tied to him in a wedding she can’t remember. Yet his kiss is sweetly familiar…

Renold took Angelica in a moment of madness, and kept her for the sake of her dowry – the plantation stolen from his family. Yet living with her is daily, and nightly, torment.

What began as an act of vengeance becomes searing desire and heedless love. But what redemption, what possible sacrifice, can lead to forgiveness and the possibility of forever?