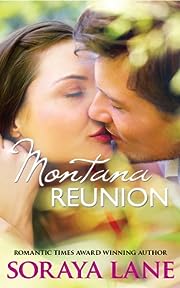 Best friends reunited… into a marriage of convenience?

Jack and Maddison were best friends growing up, but when Maddison moved to the big city to pursue her dreams, they struggled to stay in touch.

When Maddison returns home after years away, Jack is all grown up and ready to make up for lost time. And so is Maddison… the only trouble is, Jack needs more than a friend. So when she suggests that a marriage of convenience could help Jack save his ranch, it seems like everything is falling into place. Until Jack finds out that Maddison wants a baby.

Their friendship is too important to ruin, but after a night of unexpected passion, everything changes. Because Maddison is pregnant and Jack’s made it clear that their marriage will be one of convenience only. And he never wants to be a dad.

The Rancher Takes A Bride – A Western Romance (Book1, The Burnett Brides) 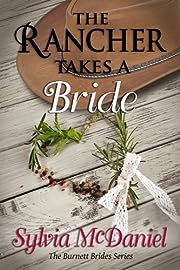 Eugenia Burnett wants grandchildren. This cunning widow is determined to find wives for her brood of handsome sons.

In Fort Worth, Texas, Rose Severin, runs a seance parlor where she speaks to the dead or at least she pretends to until she can earn enough money to make her way to New York and become a famous actress like her mother. Travis Burnett is resolved to the western town of imposters like Rose. But Eugenia thinks the fiery Rose is just the woman for her obstinate son. She schemes to keep Rose at the family ranch where Travis soon realizes that the supposed spiritualist is more than just a pretty swindler. 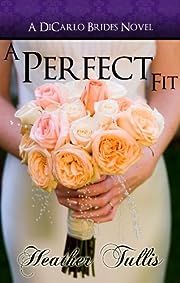 Cami DiCarlo doesn’t agree with her father that her life has been stuck in a rut, so she is not happy when he forces her hand into heading up guest services at his newest five-star hotel. The fact that he unveils the existence of four half-sisters at the same time, and insists that they live together while they launch the new resort, only makes things worse.

When she meets Vince Talmadge, the sweet, sexy landscaper her father would never have approved of, Cami can’t say no. If only she could be sure she is on the right track—and that they will be able to stop the person who is trying to destroy everything she and her sisters are working to build.

The Stone of David 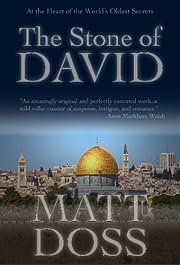 The descendants of Abraham, Jews, Muslims and Christians have been locked in battle for millennia, marring the earth and the face of humanity with one destructive skirmish and war after another. However, the conflicts that make the news are merely eruptions of evidence from a deeper and more sinister war that has raged uninterrupted and mostly underground since the beginning of time. Radical, super-secretive and sometimes seemingly supernatural groups of those bent on global domination have manipulated the world’s population to the brink of annihilation on more than one occasion. If not for the counterbalance of an equally secretive and powerful force of peace known simply as “The 12” they may well have succeeded by now.

At the heart of some of the the world’s oldest secrets “The Stone of David” holds the key to a body of knowledge with the power to unravel the tidy facade of global stability and provide ultimate power to the possessor. An unusual alliance of old enemies has carved a new facet into this landscape of power struggles and forces Laura Wells, a former CIA agent and her husband Alexander, one of “The 12” out of seclusion and into full conflict with those bent on igniting the tenth Crusade and WWIII.

Through new alliances, uncovered secrets between them, and the use of an array of stunning technology, Laura and Alexander take the fight to the heart of this global meltdown and to the most furiously contested patch of earth that is Jerusalem. 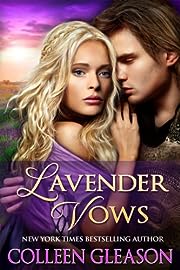 A short novel in the Medieval Herb Garden Series… A compelling, sweet romance… A story of passion and love in Medieval England.

Lord Bernard of Derkland needs to find a wife, if for no other reason than to satisfy his father and his incessant badgering. He has no interest in marrying, but when he meets the beautiful and gentle Joanna of Swerthmore, he knows immediately that she is the one.

The only problem is: she’s already wed…to a monster.