Haven from the Storm (Storms of Life #1) 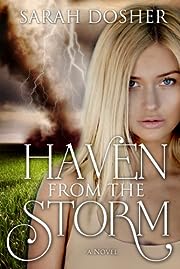 “If you’re going to make me cry, at least be there to wipe away the tears…”

Most were asleep in their beds the night Lily Grace’s entire world was ripped apart leaving only darkness and torment in its place. The only remaining person she depended on abandoned her without a second thought…or so that’s what Lily’s believed for the past four years.

Dean Haven has returned for one reason, to win Lily’s love again. He broke her heart once because of the demons that haunt him, can his desire for Lily keep him from succumbing to those demons again?

Dean has no idea what awaits him when he tries to fight his way back into Lily’s life. Everything he remembers has changed, including Lily.

Is love enough when you’re forced to weather the storms life has blown your way? 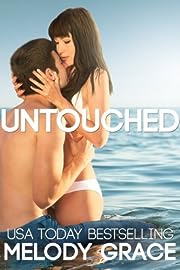 Emerson Ray is trouble. Juliet knows it the minute she lays eyes on Beachwood Bay’s resident bad boy. Forced to spend her summer before college in the sleepy beach town, she never expected to crash into the most devastating guy she’s ever met–or for Emerson’s blue eyes to strip through her dark secrets, and make her feel a desire she’s never known. Their connection is undeniable, but Juliet is torn. She knows, once she gives him everything, there’ll be no turning back.

Juliet McKenzie is dangerous. Emerson can tell from the way she blows through all his defenses, laying bare the demons he’s carried alone all his life. He’s left a trail of broken hearts and empty beds in his wake, but Juliet is different. Her innocence is intoxicating–and the passion she keeps hidden, just below the surface. He wants to be the only one to set it free, but with every kiss, he’s closer to losing control and doing the one thing he swore he never would: fall in love.

One summer. Two damaged hearts. Their story is only just beginning… 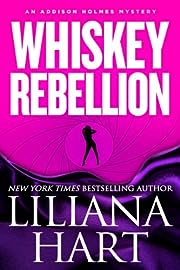 My name is Addison Holmes, and I teach history at James Madison High School in Whiskey Bayou, Georgia. You might be under the assumption that my life went to the dogs when my fiancé left me at the altar for the home economics teacher, or when I got notice that my apartment building was going to be condemned, or even when I was desperate enough to strip to my unmentionables to earn some extra cash. The truth is that I’m pretty much used to disasters following me around on a daily basis, but I could have gone without finding my principal dead in the parking lot of a seedy gentlemen’s club.

After the initial shock of finding my first dead body, which included throwing back shots of Jack Daniels like it was water, I decided to take stock of my life. I was in a desperate situation and if the school board ever found out I’d been a stripper, even a bad stripper, I’d be jobless as well as fiancé-less and homeless. Fortunately, I had a friend who felt sorry enough for me to give me a job doing some surveillance work at her detective agency. Not to mention the fact that I was now able to stick my nose into other people’s business for a good cause, find a murderer, and pick up helpful tips from an incredibly attractive detective. 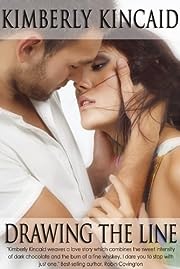 When Detective Jason Morgan is tasked with keeping a local restaurant owner safe as part of a make-or-break case, he rises to the challenge. The job is his first priority, and he owes it to the memory of his father, a detective killed in the line of duty, to do it at any cost. But Jason never expected Serenity Gallagher to be so beautiful, so serious…or so tough to protect.

Serenity has moved from place to place at the whim of her capricious mother all her life. The last thing she wants is to leave the diner she finally calls home, even if it means being stuck with a sexy blue-eyed detective. But she’s the only witness to a horrible crime, and the man behind it wants her very, very dead. Going into protective custody means survival, no matter how much Serenity hates hiding.

As Jason and Serenity bide their time together, they are shocked to discover they have much more in common than the surface reveals. But keeping her safe is Jason’s number one priority, no matter how much he’s drawn in by the woman beneath the witness, and Serenity’s past makes it difficult to trust. As the stakes get higher and the spark burns hotter, can Jason and Serenity draw the line?

Five Dances with Death: Dance One 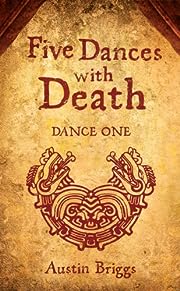 Step right into the world of the ancient Mexico. The violence of war and the thrill of dangerous sports. The human drama of conquest and defeat. The terror of the human sacrifice and the struggle for love.

In the final days before the Conquistadors, Xicotencatl (Angry Wasp) fights to keep his family and his small Aztec nation alive.

Slavers have kidnapped his daughter. His wife has turned to powerful sorcery. His people have challenged Montezuma’s dominance and now face extinction. And the Spaniards have begun their invasion inland.

Wasp must rely on his military skill, courage and even deadly magic to win back his family and protect the freedom of his nation, as he joins the desperate fight that will forever change the fate of the Aztec people.