The Light Of Eidon (Legends of the Guardian-King Book #1) 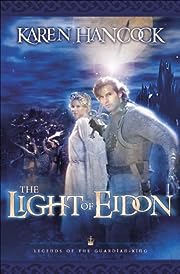 Book 1 of Legends of the Guardian King which follows the life of Abramm Kalladorne in his turbulent search for truth and self–a search that will transform him from a sickly, head-in-the-clouds youth to a legendary hero of strength and courage. Set in a world of swords and cloaks, of glittering palaces and mystical temples, of galley ships and ancient, mist-bound cities, his journey illustrates how God pursues and how He uses suffering to mold His children into something greater than was ever thought possible. Written by Karen Hancock, the acclaimed author of Arena.

The other book(s) of the Legends of the Guardian-King series:

Daniel Ash wakes after midnight to the cry of his daughter. Just a bad dream, he thinks. She’s had them before. Yet he can’t help but worry when she cries out again as he pads down the hallway. Stepping through her doorway, he expects to find her sitting up in bed, frightened by a nightmare.

But the nightmare is his. It’s real. And it’s just beginning…

Something is burning Ash’s daughter alive. Something horrible that is spreading beyond the walls of their home, and taking no prisoners.

Thirty seconds later, Ash will discover his daughter isn’t the only one in his family infected, and as his world spins, coming apart at the seams, a team of armed men in biohazard suits bursts into his house.

But these aren’t the good guys.

They haven’t come to save Ash’s family. They’ve come to separate them, to finish what they started.

The problem is Ash refuses to disappear. He wants only one thing: to find those responsible.

Because humanity is on the brink of execution.

And man is pulling the trigger.

The other book(s) of the A Project Eden Thriller series:

Half of Er’Rets is locked beneath an impenetrable shroud. On the side that still sees the sun, two young people struggle to understand the mind-communication abilities thrust upon them.

It’s called bloodvoicing. Some say it’s a gift. One of the newly “gifted” wish it had never come.

Achan has been a slave all his life. Worse than a slave—a stray. He is consigned to the kitchens of a lord and forced to swallow a foul potion every day. When an enigmatic knight offers to train Achan for the Kingsguard, he readily accepts. But his new skills with the sword do not prepare him for the battle raging between the voices in his head.

Vrell Sparrow is not who she seems. She masquerades as a boy to avoid capture by the powerful forces that seek to exploit her. But Vrell feels called to help a young squire who recently discovered his bloodvoicing gift, even if doing so requires her to work with those who could destroy her.

While Achan learns to use his new ability, Vrell struggles to shut hers down. All the voices strive to learn Achan and Vrell’s true identities—and a different kind of voice is calling them both.

Toward a destination that is by darkness hid.

The other book(s) of the Blood of Kings series: 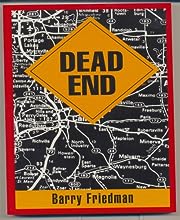 They found Henry Gibson shot dead in his abandoned car on a dirt road. DEAD END.

Then George Horner…and Noah Hamberger. Wait a minute…who’s depleting the population of Northeastern Ohio? Are these random murders or a sicko with an agenda? DEAD END.

That was the problem facing homicide detective Al Maharos. He ran out of ideas. DEAD END.

Maharos had never worked with a woman partner until Karen Vandergrift. Attractive, brilliant Vandergrift. Together, they uncovered other bodies, and a pattern unique in the annals of crime. The problem: who was linked to the murders? DEAD END.

They knew their path would converge with that of the killer. They knew when…But where? DEAD END. 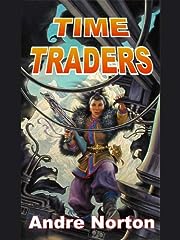 DRAFTED INTO THE ARMY OF TIME

Intelligence agents have uncovered something which seems beyond belief, but the evidence is incontrovertible: the USA’s greatest adversary on the world stage is sending its agents back through time! And someone or something unknown to our history is presenting them with technologies—and weapons—far beyond our most advanced science. We have only one option: create time-transfer technology ourselves, find the opposition’s ancient source . . . and take it down.

When small-time criminal Ross Murdock and Apache rancher Travis Fox stumble separately onto America’s secret time travel project, Operation Retrograde, they are faced with a challenge greater than either could have imagined possible. Their mere presence means that they know too much to go free. But Murdock and Fox have a thirst for adventure, and Operation Retrograde offers that in spades.

Both men will become time agents, finding reserves of inner heroism they had never expected. Their journeys will take the battle to the enemy, from ancient Britain to prehistoric America, and finally to the farthest reaches of interstellar space. . . . 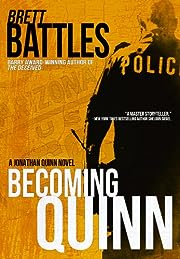 Most careers begin with an interview and a handshake. Others require a little … something more.

Meet Jake Oliver. The day will come when he’s one of the best cleaners in the business, a man skilled at making bodies disappear.

At the moment, however, he’s a twenty-two year old rookie cop, unaware his life is about to change.

In a burning barn a body is found–and the fire isn’t the cause of death. The detectives working the case have a pretty good idea about what went down.

But Officer Oliver thinks it’s something else entirely, and pursues a truth others would prefer remain hidden–others who will go to extreme lengths to keep him quiet.

Every identity has an origin. This is Quinn’s. 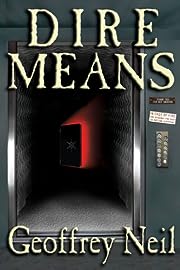 Can terror breed love? What if a ruthless vigilante ended homelessness in one of America’s most affluent, coveted beach-side cities in a matter of days? In Dire Means this phenomenon occurs in an unforgettable way. The ambitious mission isn’t accomplished by any persuasive appeal to public benevolence or by relocating the homeless. The ingenious method aims carefully-targeted fear at the public’s apathy toward the impoverished. The bodies of people from all walks of life begin to show up in random places, one per day. Each victim has suffered a common, horrific fate that makes the vigilante’s demands clear. Citizens quickly learn that engaging in flagrant public displays of kindness is the only way to feel safe outside their homes.
Mark Denny, a computer technician who does the right thing at the wrong time, is lured and then trapped in the vigilante’s scheme to maintain the public’s fear-fueled generosity. Matching technological wits is the only way Mark can end the city’s terror and save his own life. 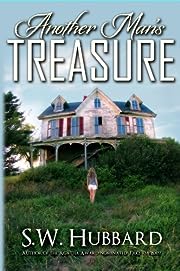 On a snowy Christmas Eve, a beautiful young mother goes out to buy a few last minute gifts and never returns….
….thirty years later, her daughter picks up her trail.

As the owner of an estate sale business, Audrey Nealon knows a lot about art, antiques, and the unlikely places old people hide their treasures. But the shabby home of an elderly widow holds alarming surprises: street drugs in the silverware drawer, a trunkful of jewels in the attic, and the distinctive ring Audrey’s mother was wearing the night she disappeared. Believing the truth will bring her peace, Audrey relentlessly pursues clues to her family’s troubled history. But each fact Audrey uncovers drags her further away from the love she craves, and puts her on a collision course with people more determined, more ambitious, and more dangerous than she can fathom. Ultimately, some truths are too awful to bear, and too terrible to share.

2k to 10k: Writing Faster, Writing Better, and Writing More of What You Love 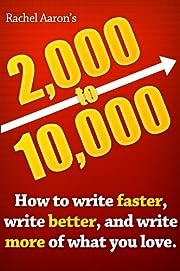 “Have you ever wanted to double your daily word counts? Do you sometimes feel like you’re crawling through your story? Do you want to write more every day without increasing the time you spend writing or sacrificing quality? It’s not impossible, it’s not even that hard. This is the book explaining how, with a few simple changes, I boosted my daily writing from 2000 words to over 10k a day, and how you can too.”
Expanding on her highly successful process for doubling daily word counts, this book, a combination of reworked blog posts and new material, offers practical writing advice for anyone who’s ever longed to increase their daily writing output. In addition to updated information for Rachel’s popular 2k to 10k writing efficiency process, 5 step plotting method, and easy editing tips, this new book includes chapters on creating characters that write their own stories, practical plot structure, and learning to love your daily writing. Full of easy to follow, practical advice from a commercial author who doesn’t eat if she doesn’t produce good books on a regular basis, 2k to 10k focuses not just on writing faster, but writing better, and having more fun while you do it. 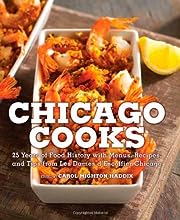 The past 25 years has seen Chicago transformed from a heartland stronghold of meat and potatoes into a major culinary center. Chicago Cooks chronicles this story through the eyes of the Chicago chapter of Les Dames d’Escoffier, female leaders in the food and dining world. They tell how the Chicago food scene grew and evolved, touching on landmark restaurants like Charlie Trotter’s and Frontera Grill, the rise of ethnic cuisines imported from around the world, and the proliferation of shops, markets, and classes serving the ever more sophisticated home cook. The book also includes a bounty of 75 recipes for entertaining from this unique group of Chicago food authorities, gathered specially for this book. 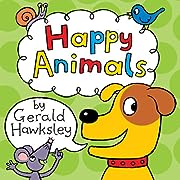 A book of happy animal pictures with simple rhyming text, and a happy ending! 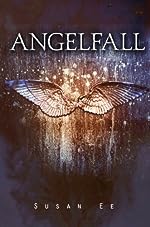 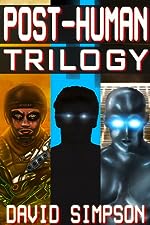 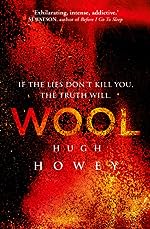 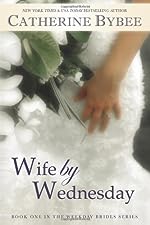 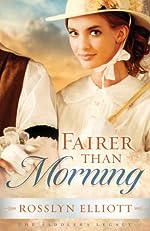 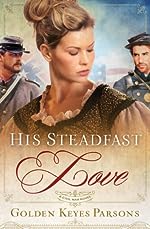 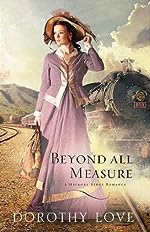